Brent Tarter column: What to do about partisan gerrymanders?
0 comments
Share this
By Brent Tarter

On June 27, in Rucho v. Common Cause, the Supreme Court closed the doors of federal courthouses in the faces of people who believe that politically partisan gerrymanders violate the American democratic principles of the Constitution.

The 5-4 decision in fact slammed the door hard, with a loud bang that might echo throughout our political system for a long time.

Simply put, a partisan gerrymander is a deliberate alignment of electoral districts to give one political party an advantage over another. It is like allowing the home team in a baseball game to have four strikes per out and four outs per inning while limiting the visiting team to three strikes and three outs. The rules of baseball guarantee both teams a fair and equal chance to win, but partisan gerrymanders sabotage the right of voters to elect their preferred candidates.

In effect, legislators choose their own voters to assure their re-election rather than allow voters to choose their legislators to represent them and their interests. A partisan gerrymander is an even worse injury to honest voters than it is to the perpetrators’ political opponents.

The essence of Chief Justice John Roberts’ majority opinion is that redistricting is a political process that courts have no business engaging in. Federal courts may hear and determine only causes and controversies for which there is a judicial remedy. As Roberts explained on page 34 of his opinion, “we have no commission to allocate political power and influence in the absence of a constitutional directive or legal standards to guide us in the exercise of such authority.” Therefore, in the legal language of constitutional law, partisan gerrymanders are not “justiciable” in federal courts.

And the problem goes very deep. Gerrymandered congressional districts, state legislative districts and, in some states, city and county electoral districts and even judicial districts directly or indirectly affect almost everything from our taxes to our schools, our roads, our public safety, and all our other public policies.

In Virginia, 19th-century constitutional conventions drew legislative district boundaries to give political advantage to owners of enslaved people, to protect the institution of slavery, and to reduce tax rates owners paid on their slave property.

In the first decades of the 20th century, legislative redistricting in Virginia protected minority rule by white supremacists who enforced the racial segregation and discrimination of Jim Crow. In the final decades of the century, Democratic legislators deliberately made it difficult for Republican voters to elect Republican candidates; and in the early decades of the 21st-century, Republican legislators deliberately made it difficult for Democratic voters to elect Democratic candidates. Federal courts have often shied away from becoming involved in the “political thicket” of redistricting, and the recent case appears to leave no judicial remedy available.

Remedies are available, however. One right of every state is the right of its voters to adopt and amend the state’s constitution. In part because of challenges to recent Virginia legislative and congressional redistricting laws in federal courts, the General Assembly in 2019 proposed an amendment to the state constitution to create a bipartisan redistricting commission. The proposal is far from ideal, but it is likely to produce a more nearly fair redistricting in 2021 than under the current legislative free-for-all in which the winners may take all.

It should be in the interest of every voter of either party (and also of independent voters) to vote for candidates who promise to submit the proposed amendment to the people. Members of both parties in the closely divided state of Virginia are at risk under present conditions of having a majority of the other party in the General Assembly reduce their right to a fair election process.

The proposed amendment would open a door to a fair and equitable electoral process in Virginia for the first time in the whole 400 years since the General Assembly first met in Jamestown. And no court could slam that door shut.

For that reason alone, the 2019 general election will be one of the most important of our time and will have very long-lasting consequences.

Brent Tarter is a Virginia historian and author of “Gerrymanders: How Redistricting has Protected Slavery, White Supremacy, and Partisan Minorities in Virginia,” to be published by the University of Virginia Press in October. Contact him at brent.tarter@lva.virginia.gov.

Actor Sam Elliott lent his voice to a Joe Biden campaign video that aired during the World Series Tuesday and became a Twitter magnet. See the ad and responses to it.

"To be quite honest with you, we don’t trust the college very much anymore.” 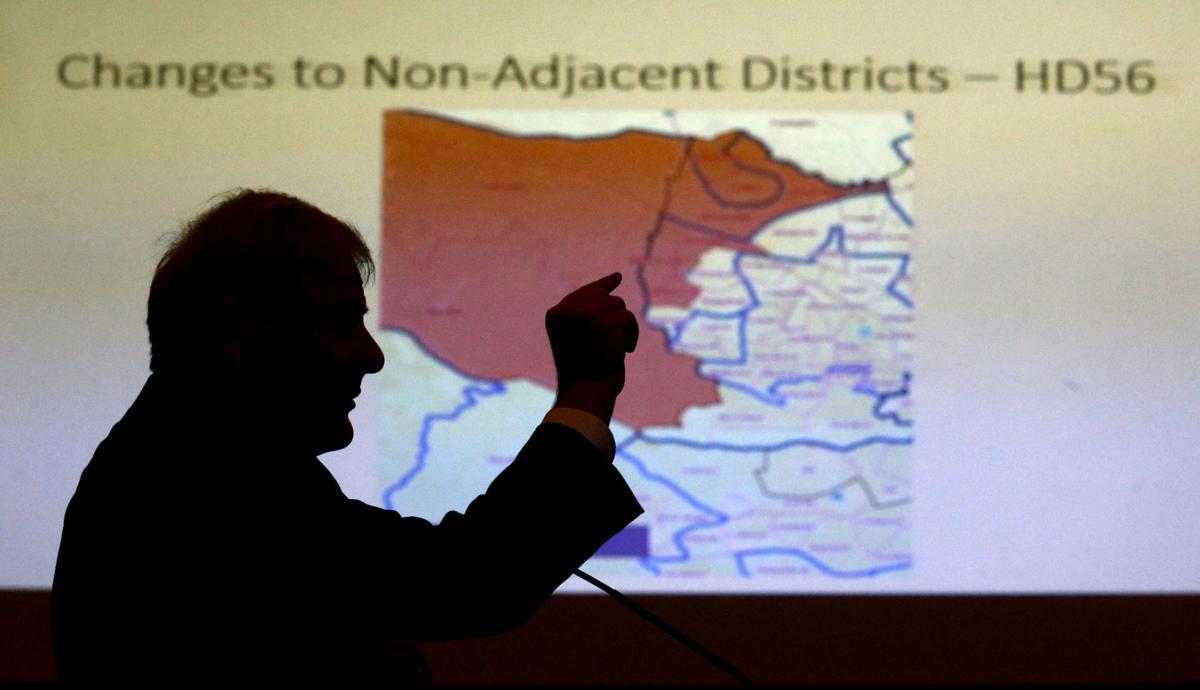 Former House Minority Leader David J. Toscano, D-Charlottesville, talked about the projected image of one of the redrawn district lines that the House Democrats presented to the House Privileges and Elections committee during a special session about redistricting in 2018. 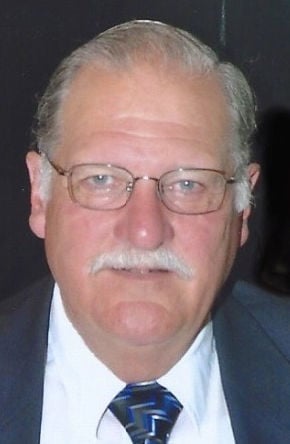