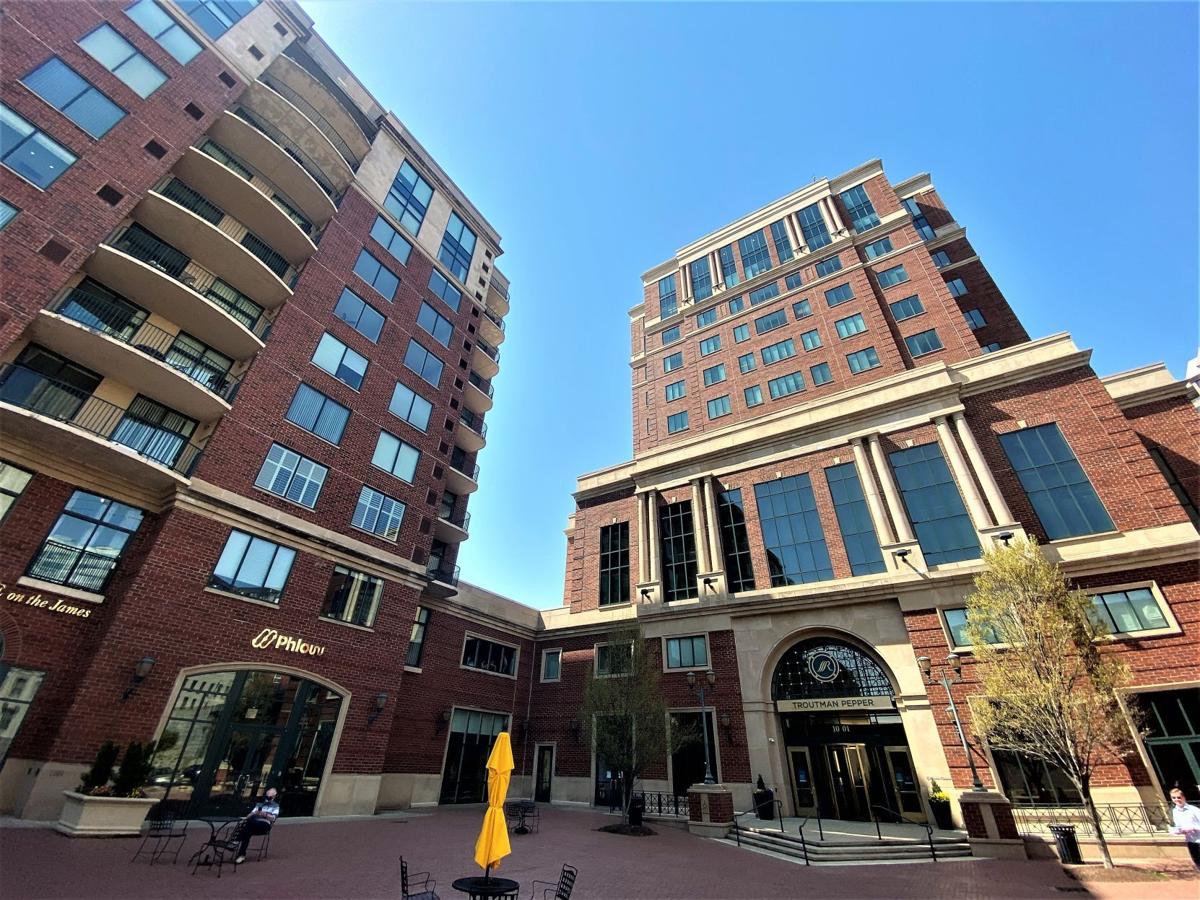 The 15-story Riverside on the James office tower (right) at 1001 Haxall Point was sold. The mixed-use project’s 10-story condominium building (left)was not part of the sale. 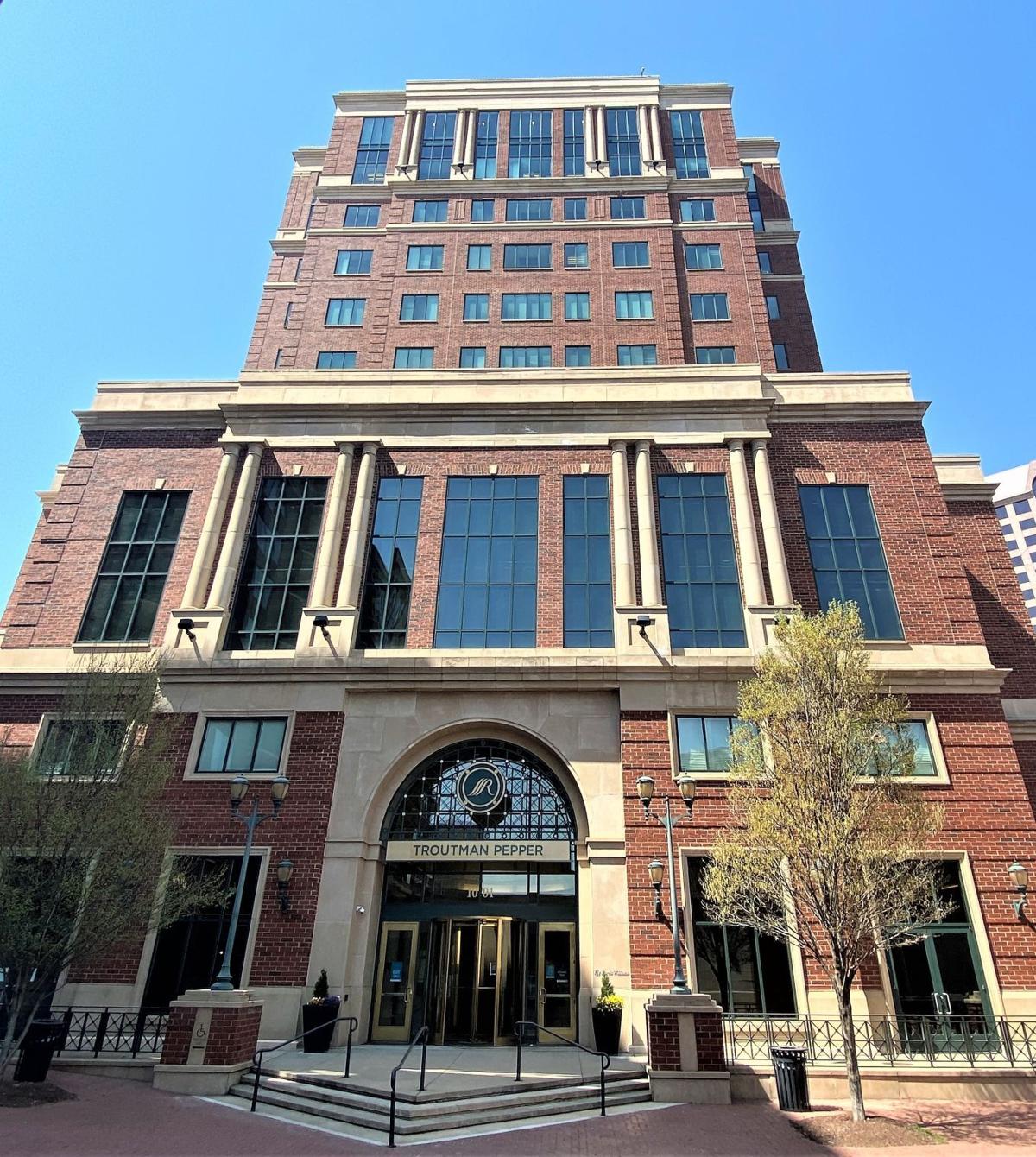 Riverside on the James office tower is at 1001 Haxall Point in downtown Richmond.

Only the 15-story office tower was sold.

The 263,752-square-foot office building sold last week, according to American Real Estate Partners. The sale had not been recorded in the Richmond Circuit Court as of Wednesday afternoon, but a source familiar with the transaction said it sold for $77 million.

The Troutman Pepper law firm and Harris Williams & Co., an investment banking firm, combined occupy about 75% of the building’s space.

“Our success in raising the occupancy of Riverside on the James from 82% at acquisition to 95% as well as expanding and extending two of the building’s long term, credit-worthy tenants multiple times exemplifies the quality of the asset,” said Brian Katz, co-founder and president of American Real Estate Partners. “We have been excited to be a part of the Richmond community for the past decade and pleased to pass the stewardship of this trophy asset to the team at Opal.”

The privately held real estate investment company purchased the property a decade ago for $63.8 million from a venture of Prudential Financial Inc. and Dominion Realty Partners.

American Real Estate Partners initially had put the building on the market in early 2017.

Lingerfelt and his team began marketing the property in earnest in the fall.

“Given what we were stacked up against as far as the pandemic and what was going on in the world at the time, we had a significant amount of interest for sure in the building,” he said.

The underlying fundamentals were strong, he said, noting that the building had long-term leases from its two main tenants.

“The driving force behind the offering was good strong reliable cash flow from two of Richmond’s quality tenants,” he said.

That nine-story building was originally built for MeadWestvaco, now called WestRock. WestRock downsized its space in the building and moved its corporate offices to Atlanta. The WestRock and CoStar names are on the sides of the building.

CoStar occupies the four upper floors of the building, which is next to the Federal Reserve Bank of Richmond’s office tower.

The Edgeworth Building at 2100 E. Cary St. in Tobacco Row sold in late February for $29.5 million. The 140,573-square-foot building is 95% leased to tenants including the Hirschler Fleischer law firm, Ernst & Young and HKS Architects.

The property, originally built as a tobacco factory in 1925, was redeveloped into offices in 2007.

The 12-story Mutual Building at 909 E. Main St. sold in late November for $12.8 million. The sale came a couple of months after the Christian & Barton law firm had announced plans to relocate to the 21-story One James Center at 901 E. Cary St. this year.

What financial pros have to say about inflation fears

What factors are driving these inflation fears? Plenty. Also, check out more of the week's best finance reads from experts at NerdWallet, The Motley Fool and Forbes.

The 15-story Riverside on the James office tower (right) at 1001 Haxall Point was sold. The mixed-use project’s 10-story condominium building (left)was not part of the sale.

Riverside on the James office tower is at 1001 Haxall Point in downtown Richmond.