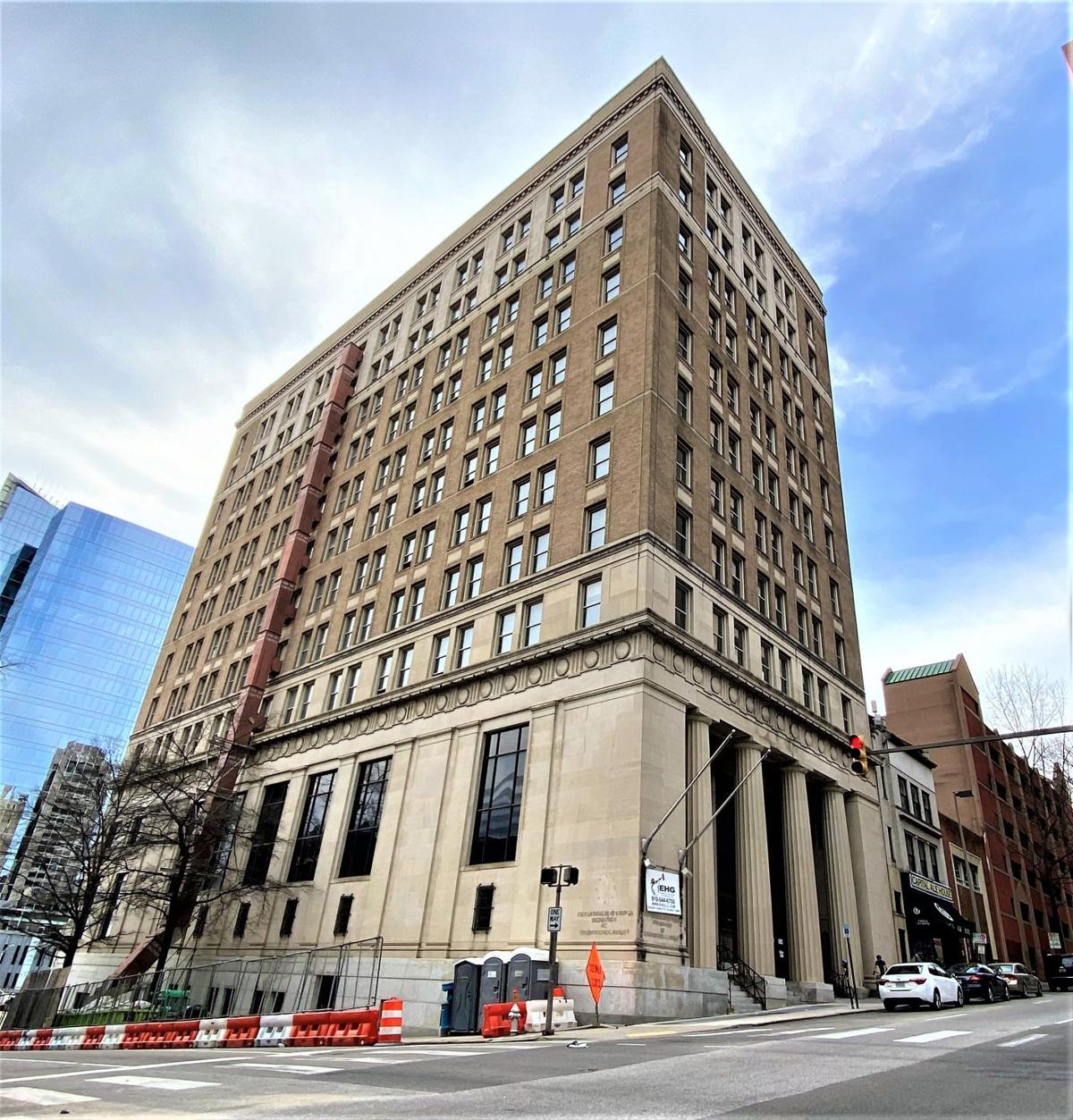 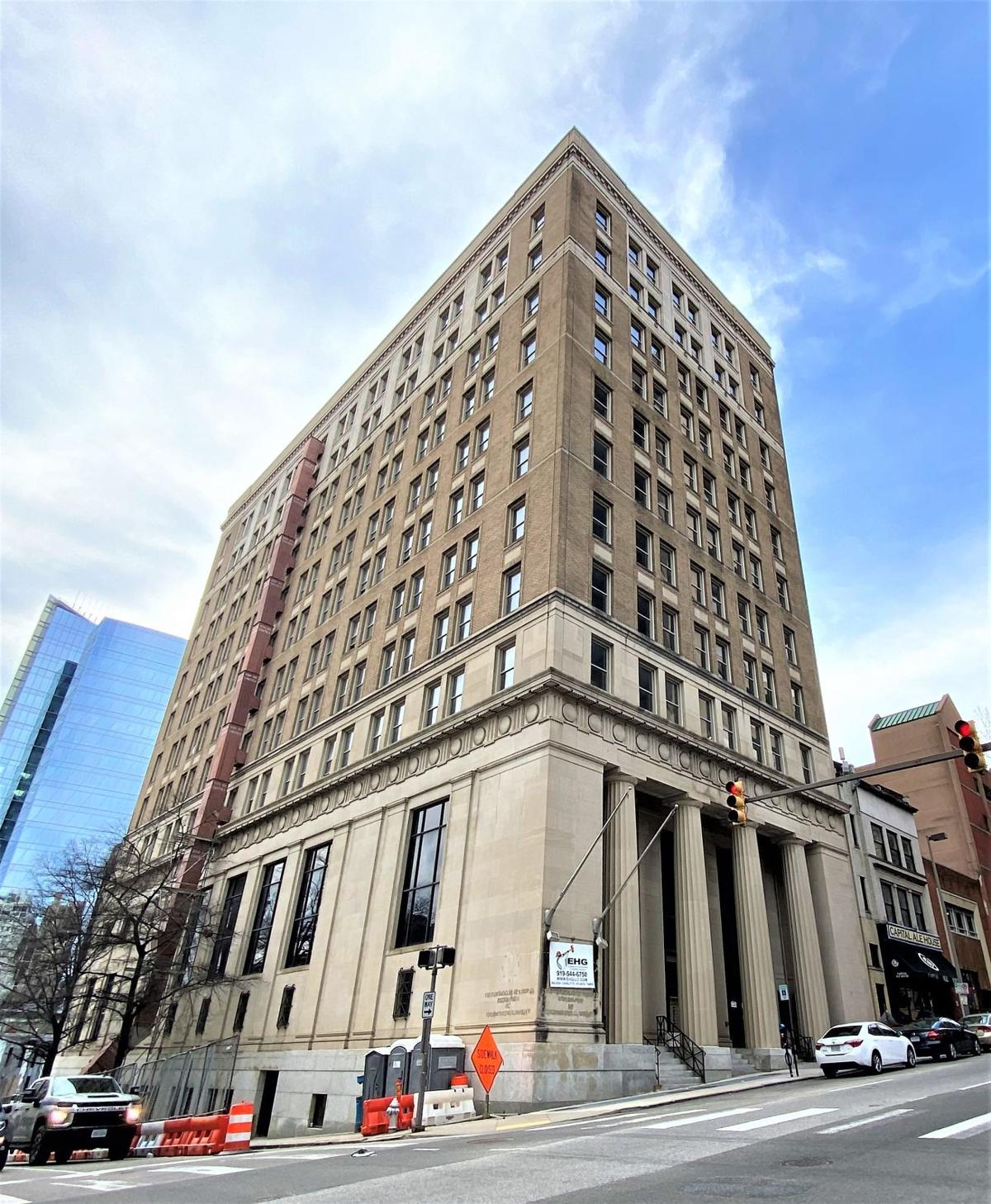 Construction is underway to convert a 12-story office building in downtown Richmond into 188 apartments.

The $42 million project will entail completely renovating the interior of the building at 629 E. Main St.

The company wants to bring the 1920s-era building at the southwest corner of East Main and Seventh streets back to life, said Norman Jemal, a principal at Douglas Development, which his father, Douglas Jemal, founded in 1985 and serves as its president.

“It became time to reinvent this building and bring it up to modern standards,” Norman Jemal said. “We will be able to deliver a special project with large windows and high ceilings.”

Demand for apartments has been strong in Richmond region, where more than 3,000 new units were built last year, according to commercial real estate analytics and research firm CoStar Group. The number of apartment units tripled the region’s long-term annual historical average.

“Richmond is thriving and has a healthy appetite for quality apartments,” Jemal said. “There is very solid demand.”

The adaptive reuse project, which has a total of 116,315 square feet, should take about 14 months from now to complete, with leasing to take place in spring 2022, he said.

Plans call for 106 studio, 74 one-bedroom and eight two-bedroom units with premium finishes and in-unit washers and dryers. Amenities will include a state-of-the-art fitness center, co-working space and a rooftop open lounge with seating area.

The building, he said, will be fully renovated — including upgrades to the HVAC, plumbing and electrical systems. The exterior limestone, masonry and windows will be restored.

It was built in 1922 in a neoclassical style for the Richmond Trust Co.’s bank and office building.

Douglas Development bought the building in 2001 for $4.2 million.

The Virginia Department of Environmental Quality had occupied most of the building from 1993 until 2018, when the state agency moved to the Bank of America Center at 111 E. Main St.

Years before that, the building once was the headquarters for farm supply retailer Southern States Cooperative before it moved to western Henrico County in 1978. What is now the Hirschler Fleischer law firm also had leased a large percentage of the building’s space.

After DEQ relocated, Douglas Development had planned to turn the building into two hotels — a Hyatt House and a Hyatt Place, Jemal said.

“We had designed it and planned to convert it into hotels, then COVID came along, and we had to pivot our business plan,” Jemal said. “We were really excited about [the hotels]. But the hotel industry has been rocked by COVID.”

The company decided to do apartments instead.

Douglas Development was already converting the building at 728 E. Main St. — a block away — into 24 apartments. That project is called the Stumpf because the former Stumpf Hotel was once housed there, he said.

“We wanted to embrace the history with the name of the project,” Jemal said.

Douglas Development also is converting the vacant building at 114 E. Franklin St., next to the Linden Row Inn, into 11 apartment units.

In 2016, the company took the former 23-story Central National Bank building at North Third and East Broad streets and turned it into Deco at CNB, an apartment complex with 200 apartments. Douglas Development bought the iconic structure in 2005 and began redevelopment of it in late 2013.

The company said it owns nearly 20 buildings in Richmond and “remains committed to the prosperity of the Richmond community.”

In February 2020, Douglas Development made an unsolicited $15 million offer to buy and renovate the Richmond Coliseum and redevelop about 14 acres of publicly owned downtown real estate into a mixed-use development with plans for a hotel, an unspecified number of apartments, retail and office space and a grocery store. The offer came after Richmond City Council turned down the $1.5 billion Navy Hill proposal, which had called for demolishing the Coliseum for a new arena and a mixed-use development.

“We’re still keen on the opportunity, but it looks like it has kind of stalled,” Jemal said.