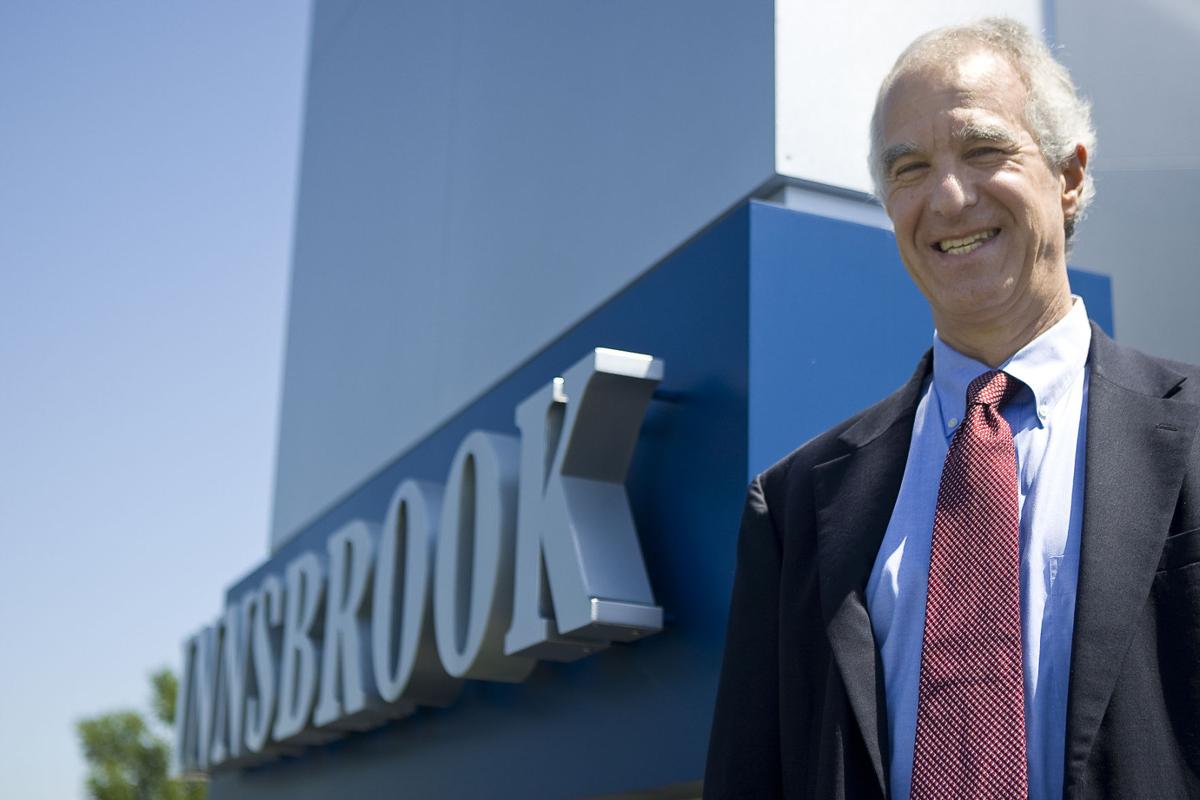 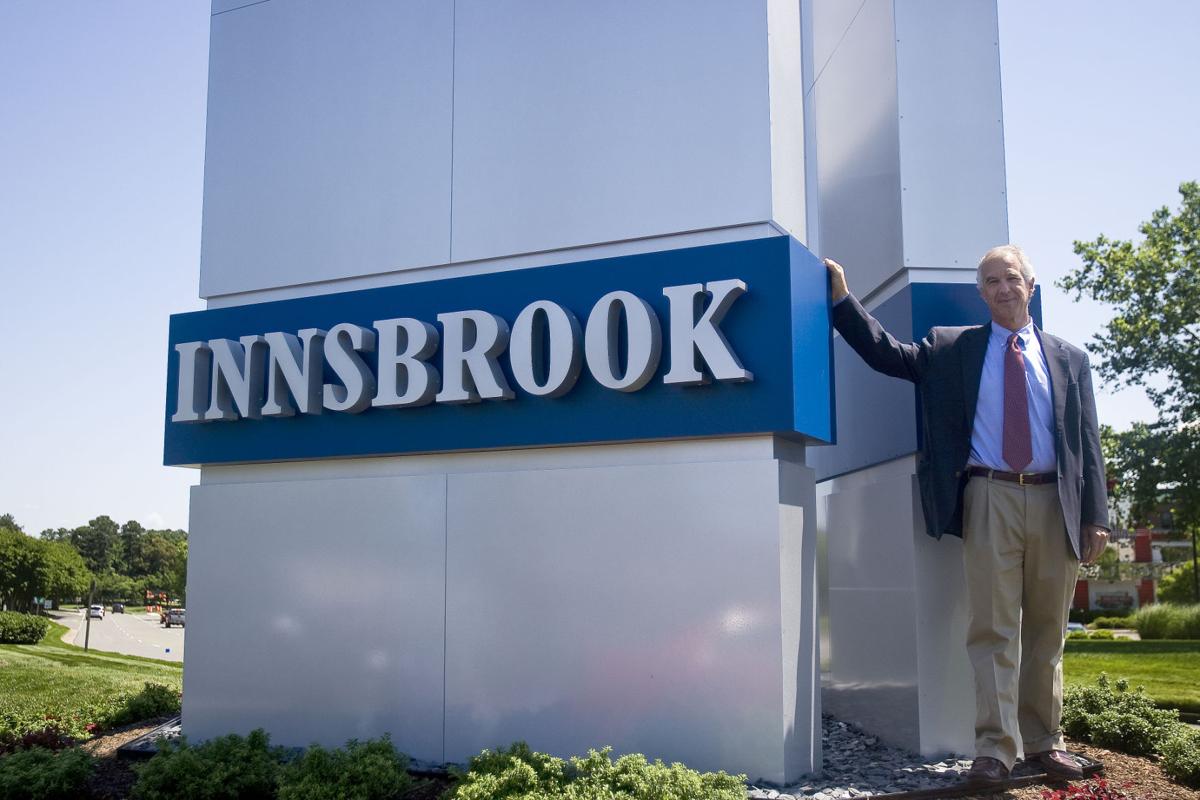 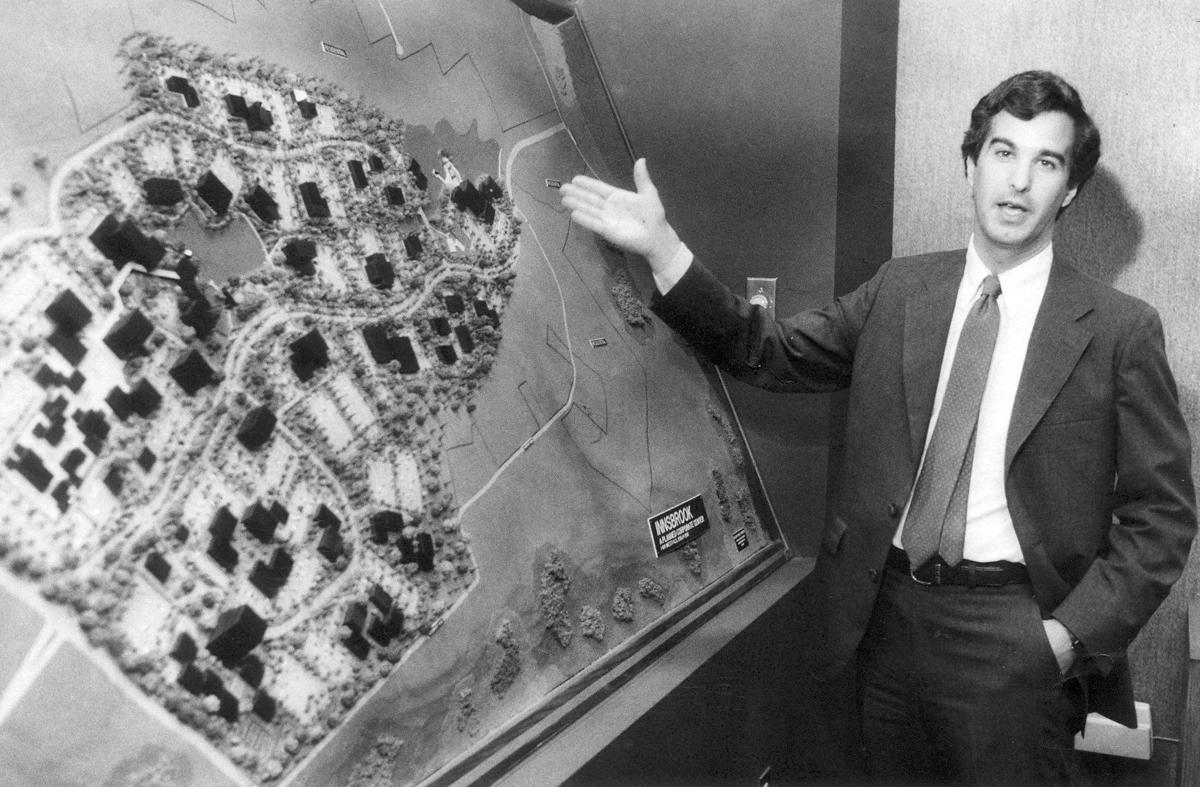 Sidney J. Gunst Jr., photographed Dec. 22, 1983, shows off a model of what would become the Innbrook Corporate Center. 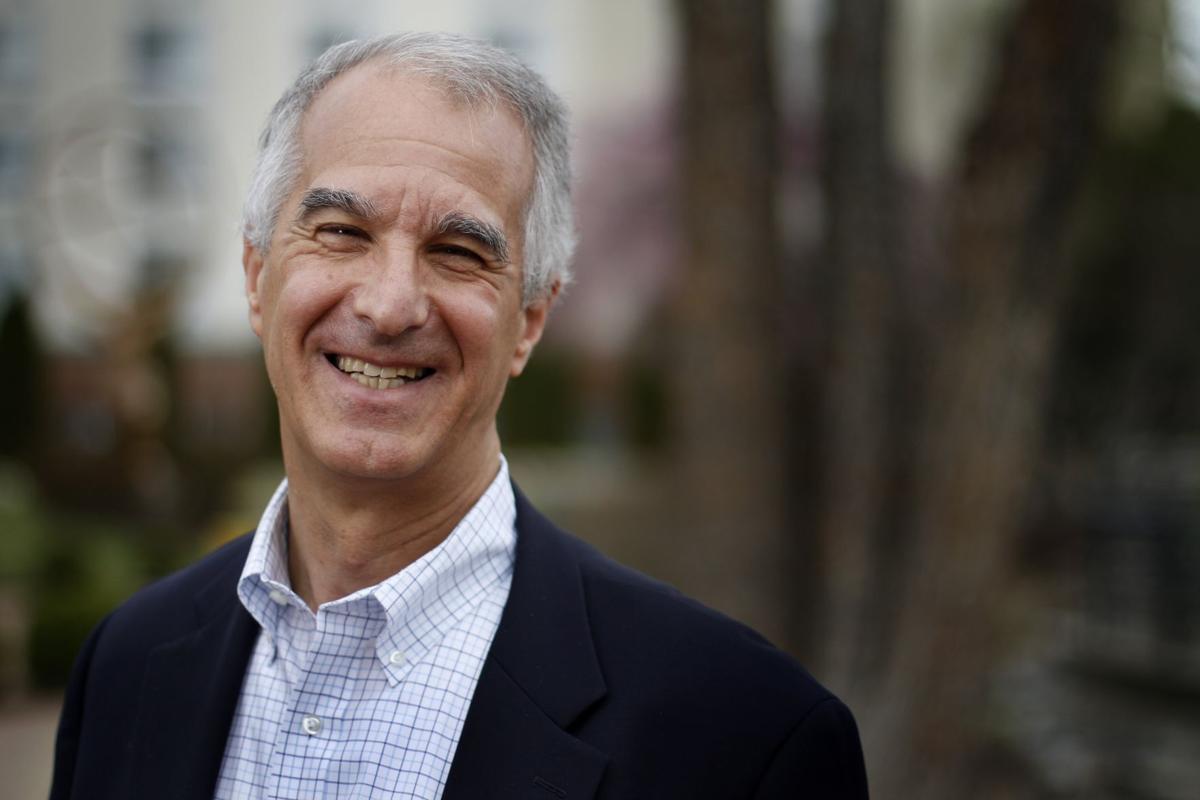 Sidney J. Gunst Jr., is the man behind the development of the Innsbrook Corporate Center. 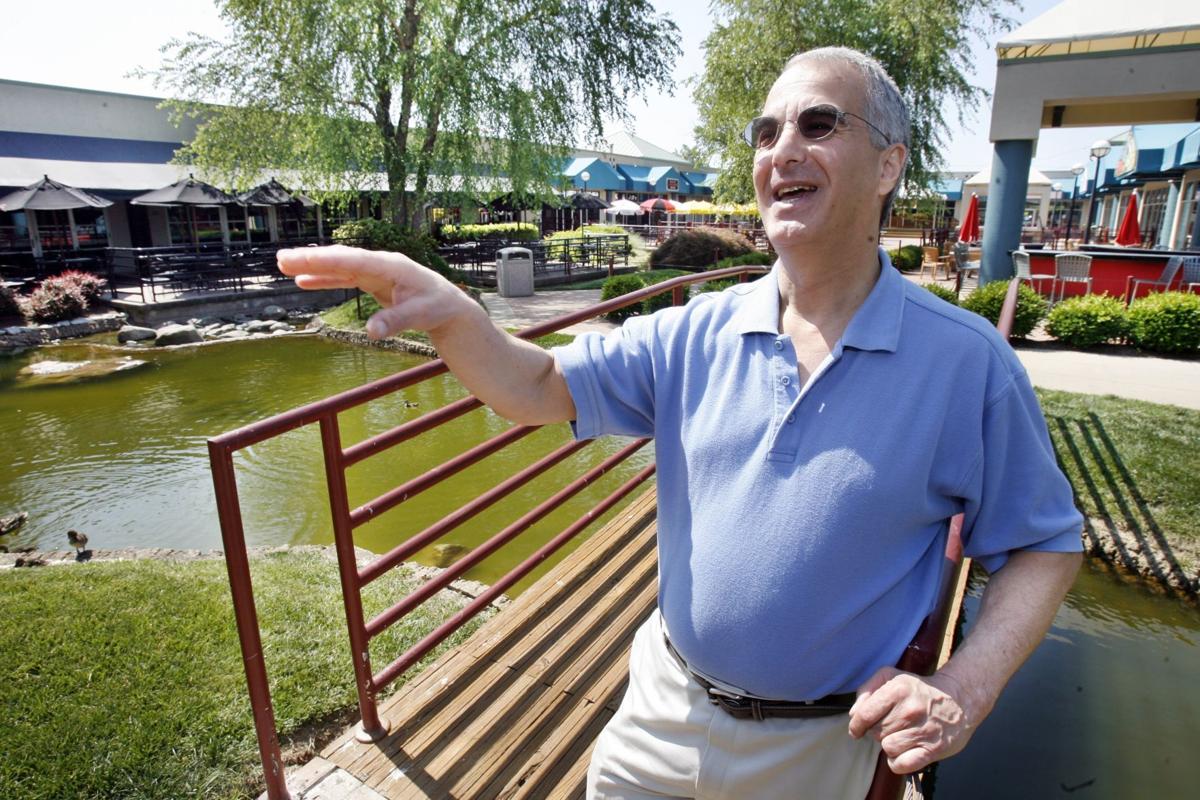 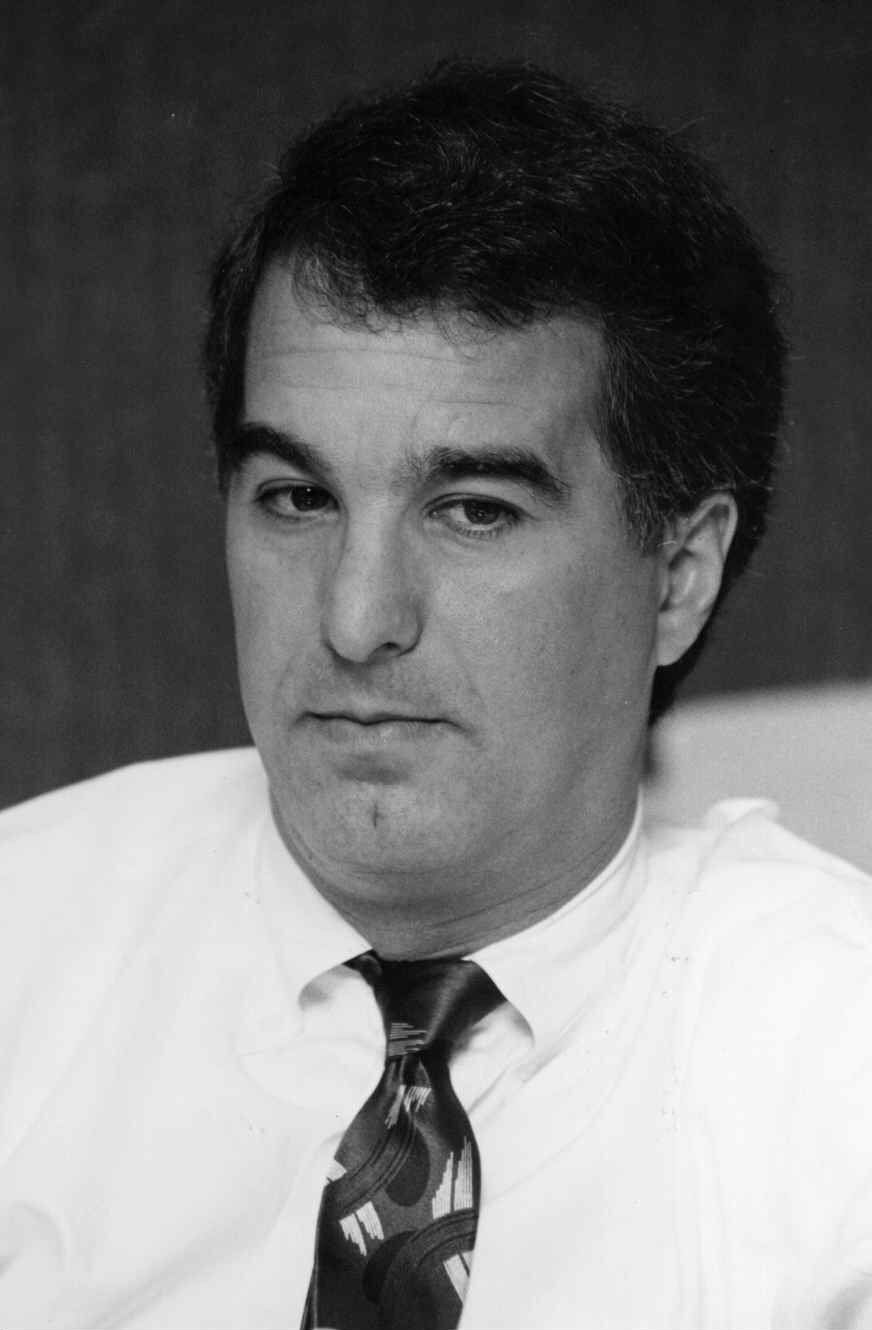 Sidney J. Gunst Jr. was a visionary real estate developer who saw the potential in 1979 of building a suburban office park in the hinterlands of far western Henrico County.

Mr. Gunst, who was 28 at the time, said he “had a crazy idea” to develop the Innsbrook Corporate Center with office buildings, hotels, lakes, parks and walking trails.

“I didn’t know any better. I didn’t do a market study. I had a lot of enthusiasm for a project with a lot of amenities,” Mr. Gunst said in a 2016 interview.

His legacy, according to area developers, real estate professionals and Henrico County officials, is the Innsbrook Corporate Center. The 630-acre office park now is home to some of the area’s best-known businesses and organizations, including Markel Corp., Hamilton Beach Brands Holding Co., Commonwealth Commercial Partners, Dynex Capital and Keiter.

The development of Innsbrook helped shape that part of Henrico into a commercial juggernaut for the county.

“He was a creator of great projects,” said Thomas E. “Tommy” Pruitt, who heads his family’s development company, Pruitt Associates.

Mr. Gunst had worked with Pruitt in the mid- to late 1970s, when Mr. Gunst had the idea of developing what became Innsbrook. At the time, West Broad Street was a two-lane road, and Interstate 295 was under construction. Commerce was heading that way.

“I told him that I’m from Short Pump, and I just don’t think Short Pump is ready for you yet. I said, ‘Sidney, if you want to run with this, go ahead and run with it, and we will step aside,’” said Pruitt, whose company was one of the original developers of Short Pump Town Center when the mall opened in 2003.

Mr. Gunst had the drive and energy to assemble the land and develop the office park, Pruitt said. Mr. Gunst wanted Innsbrook to be different, including having an owners association, much like a homeowners association, and programs for employees, such as concerts and wellness programs, as it still does today.

Mr. Gunst saw the potential for the office park and wanted to make his mark, Pruitt said.

“He wanted to be involved in something big and impactful, and he was and it was,” Pruitt said. “He was always trying to find innovative ways of building something, developing something. It wasn’t so much how to make money out of it, but instead how do you create something that’s going to be here and it will be impactful to this community for a long time.”

Even though Mr. Gunst hadn’t been directly involved in the daily operations of Innsbrook, he remained active.

In recent years, he was helping push the idea of transforming Innsbrook into a place where people can also live. Henrico created an urban mixed-use zoning designation in the Innsbrook area to allow for mixed-use developments with retail spaces and apartment buildings so that the office park would be more conducive to the needs of the 22,000 people who work in about 100 buildings of varying sizes.

Several projects from different developers are now expected to bring more than 3,000 apartments and town houses over the next 10 years or so to the office park.

“Innsbrook was far ahead of its time,” Henrico County Manager John Vithoulkas said. “I think his legacy continues to challenge us to do better.”

Mr. Gunst had lots of ideas, Vithoulkas said, including once pushing a concept of developments reducing their ecological footprint with net-zero energy, water and waste.

“His mind never stopped,” Vithoulkas said. “It was not just on the planning side he would challenge us, but some of the assumptions that the government had regarding land use development. But I always knew where I stood with Sidney, and he made me a better county manager and us a better county.”

Mr. Gunst rode his bicycle coast to coast. He was a pilot and flew a private airplane for much of his life. He trekked in the Mount Everest region. He competed in triathlons, including the Hawaii Ironman. He and his wife traveled.

His age didn’t slow him down. Last month, he went mountain biking in Pocahontas State Park and took a fall, breaking a couple of ribs and a collarbone and suffering a concussion, Siegel said.

“But you know, he popped right back up,” Siegel said. “He was such an affable guy with a great sense of humor. He was always talkative, always had a smile.”

Mr. Gunst also had a very high moral compass, Siegel said. “The man was always honest and forthcoming to everyone, even if it was to his own detriment,” he said

A Richmond-area native, Mr. Gunst graduated in 1973 from what is now High Point University. Soon after graduation, he started working in real estate development.

A celebration of life will be held Friday at 2 p.m. at a Dominion Aviation hangar at the Chesterfield County Airport.

Sidney J. Gunst Jr., photographed Dec. 22, 1983, shows off a model of what would become the Innbrook Corporate Center.

Sidney J. Gunst Jr., is the man behind the development of the Innsbrook Corporate Center.