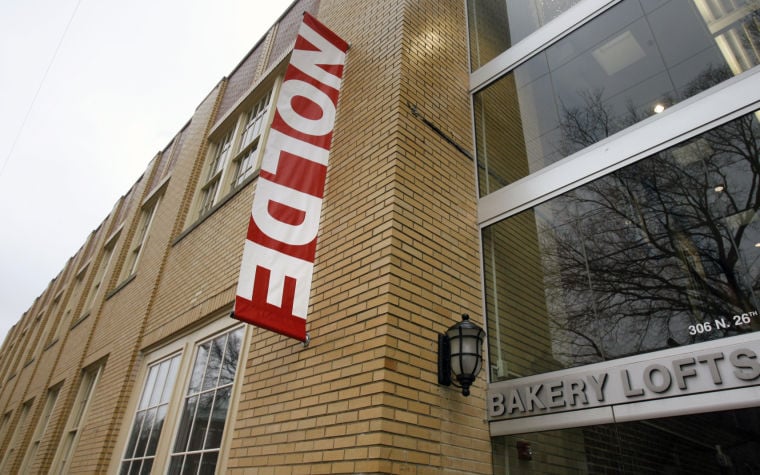 Nolde Bakery Condominiums were converted into apartments in 2007, but the developer is selling the units as condos again.

Before Mark Wahlberg was blowing up the screen as an actor, he was a rapper leading the group Marky Mark and the Funky Bunch.

Although it is unlikely they were referring to the commercial real estate market with their 1991 hit “Good Vibration,” the sentiment describes the tone of the market today.

The economy is not surging by any stretch, but fear and volatility have gone on a vacation.

Housing has found its footing, which has the tangible benefit of helping employment numbers and spending, but perhaps the intangible is more important. Homeownership makes consumers feel a little wealthier and willing to spend, which, in turn, helps offset sequestration cuts and payroll-tax increases.

Housing prices across the country experienced a strong rebound in the first four months of 2013, and some parts of the country are even seeing growth in condo projects.

Although no new projects are coming out of the ground in Richmond, some would argue it is a good time to be looking at the condo business again.

For instance, Nolde Bakery Condominiums on Church Hill were initially developed as condos but were converted into apartments in 2007.

Now the developer is selling the units as condos again. The developer sold five units last week and will re-launch a marketing program in the coming weeks.

Sales also have picked up at the Ginter Place condominiums in the former Richmond Memorial Hospital building in North Richmond.

The project had experienced modest sales activity since coming on the market in September 2008 — until recently.

During the past five months, 11 units have been sold and 12 more are pending.

Condo inventory in the city has dropped 75 percent since early 2008 and is perhaps currently under-supplied, according to Rick Jarvis, a local condo expert who founded One South Realty and maintains a website that tracks condo inventory and sales statistics.

The commercial mortgage-backed securities market passed a challenging test last month when a surge in volume was absorbed by the market without prices blowing out. In fact, pricing tightened.

This is great news for investors and developers, but other lenders are not so excited.

Several life insurance companies, which previously didn’t have to compete with commercial mortgage-backed securities market lenders for new loans, are now finding that they are battling head to head, offering ever more competitive terms and pricing.

This prompted the head of one life insurance company’s real estate mortgage group to lament, “What discipline that existed in the marketplace is rapidly disappearing. … 2013 is feeling like 2006 all over again.”

A notable difference between today and 2006, however, is that current commercial mortgage rates are significantly lower.

Rates for five- and 10-year loans are now at 3.25 to 3.75 percent, respectively, for high-quality, lower leverage loans, according to the John B. Levy & Co. Inc.’s National Mortgage Survey.

Andrew Little is an investment banker with John B. Levy & Co. He can be reached at alittle@jblevyco.com.

If the smooth marbled walls and concrete floors of 212 E. Clay St. could talk, the stories they’d tell — stories of determination, grit and th…

Nolde Bakery Condominiums were converted into apartments in 2007, but the developer is selling the units as condos again.