Williams: Virginia once kept Black children out of white classrooms. Now it would keep Black history out.

From mortgages to oysters, Michael Hild is a builder of businesses
0 Comments
Share this
1 of 7 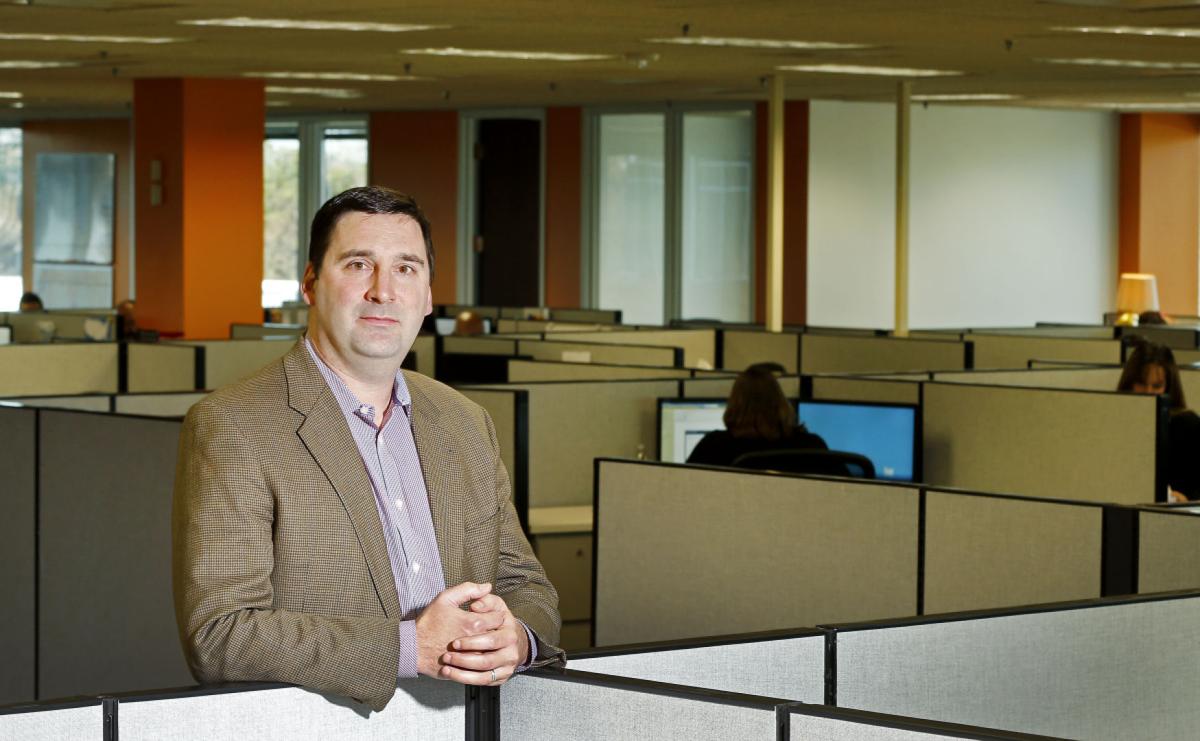 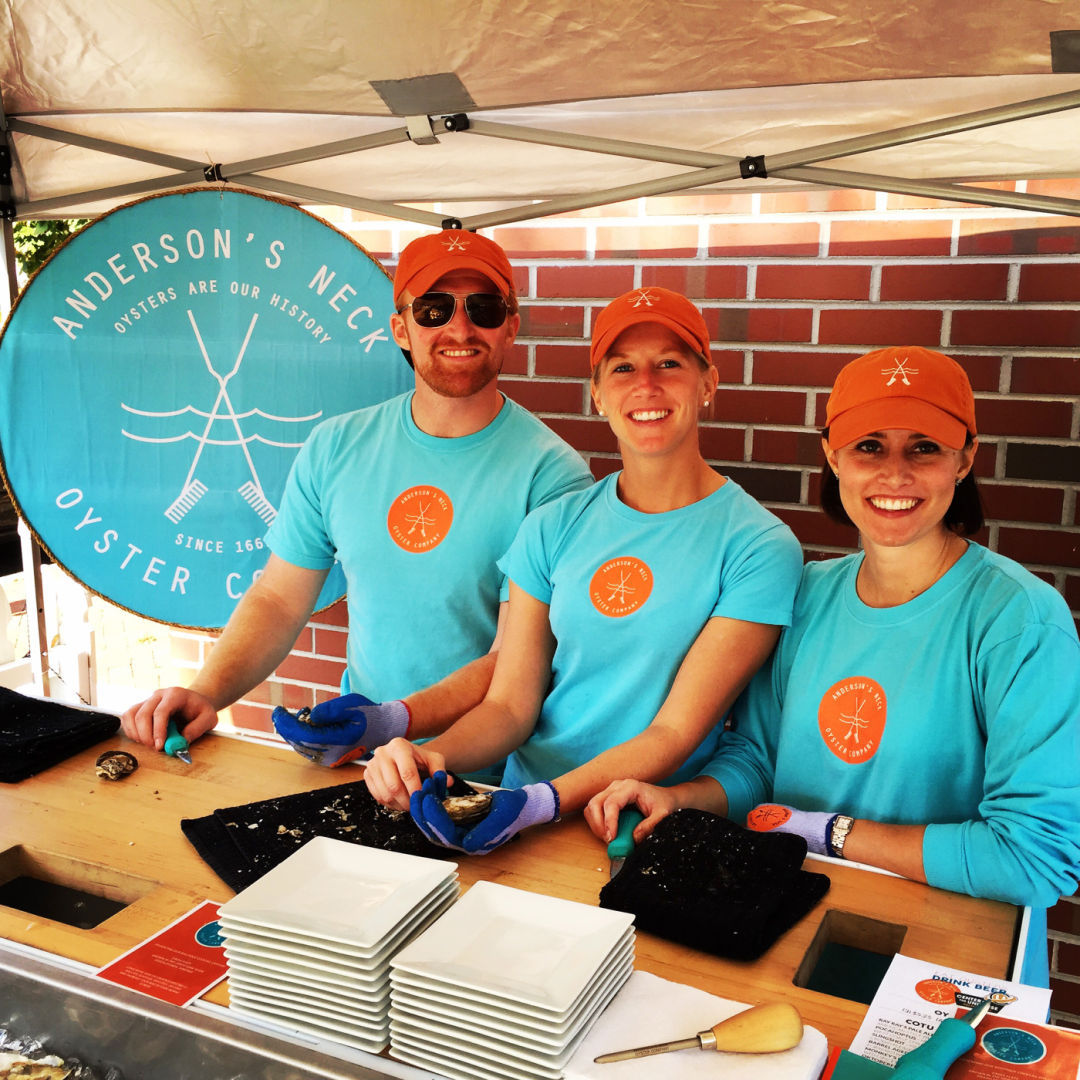 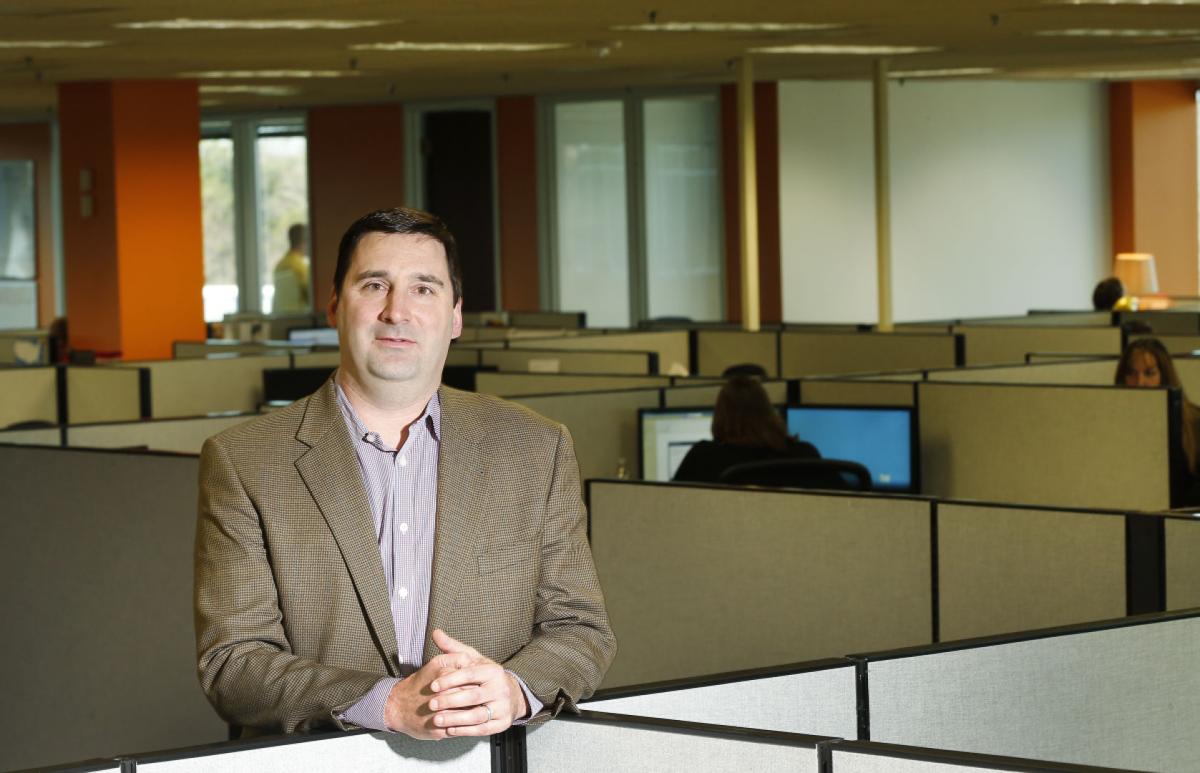 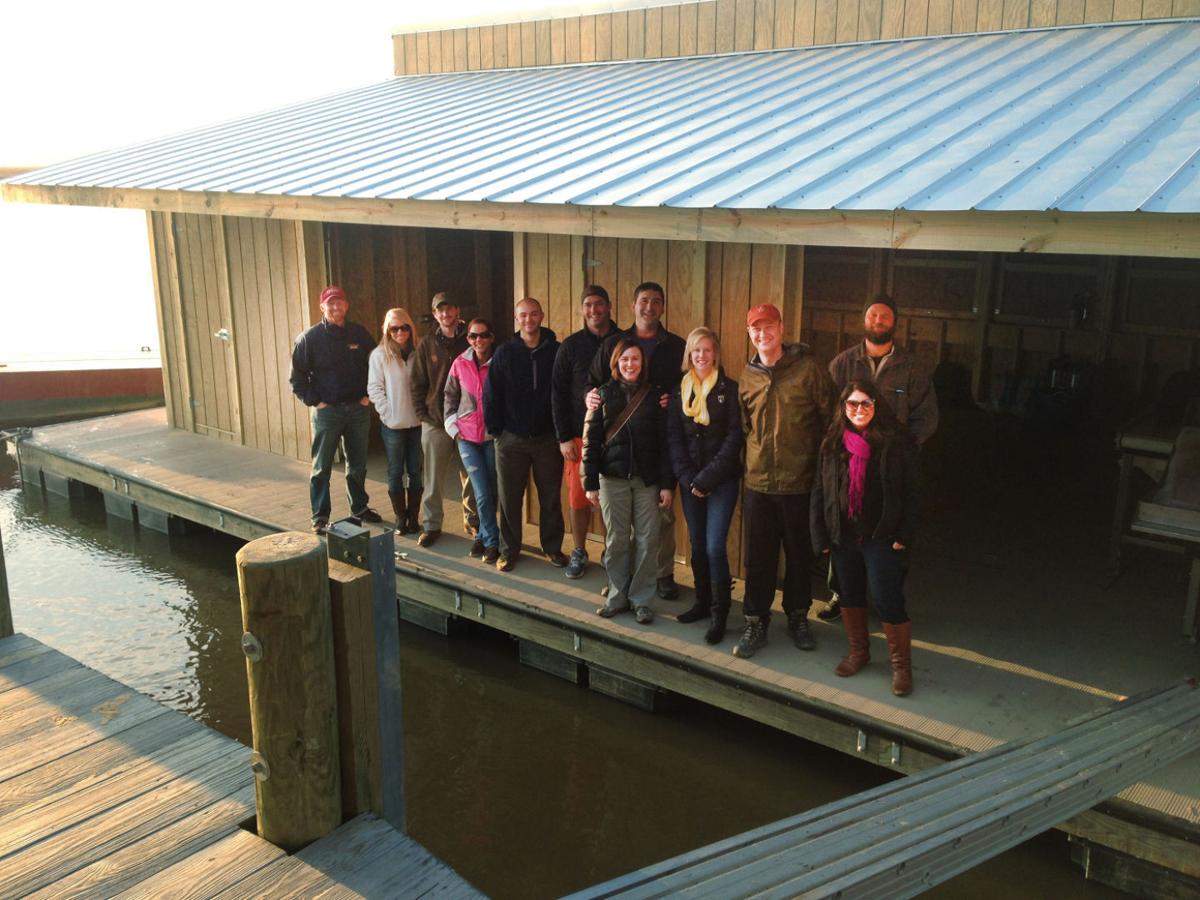 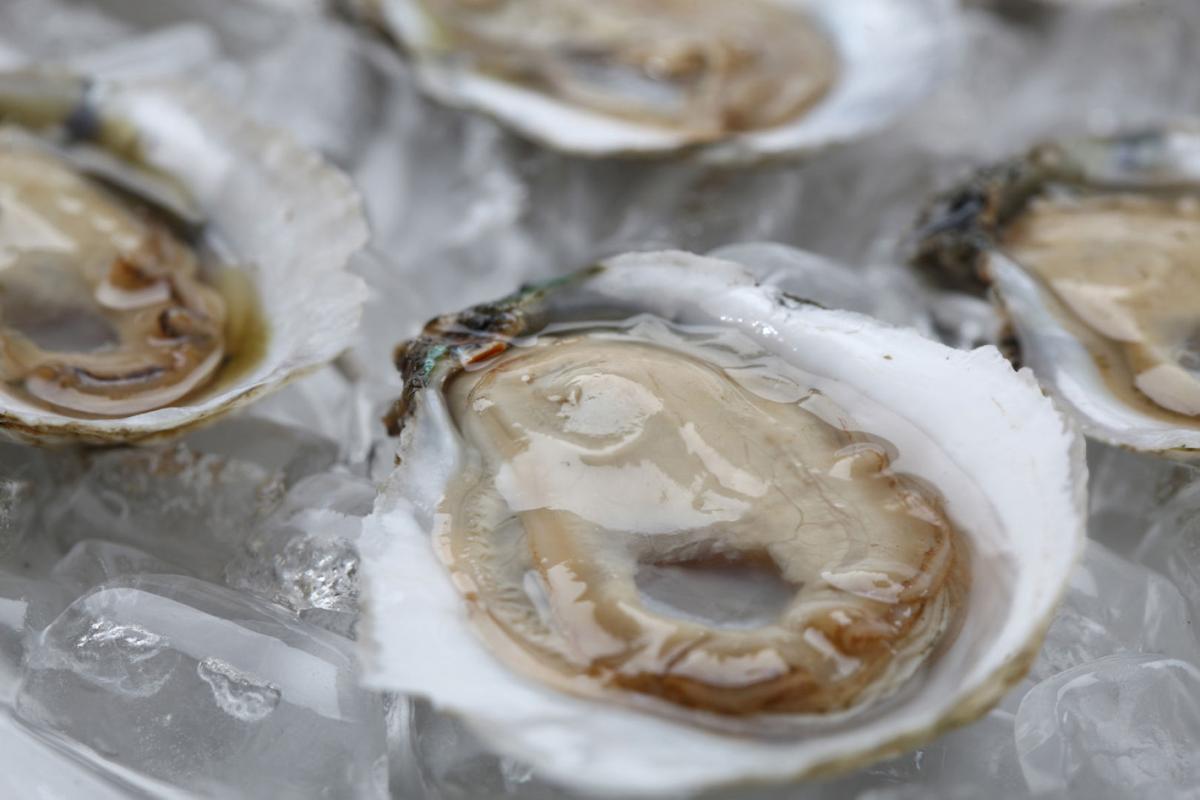 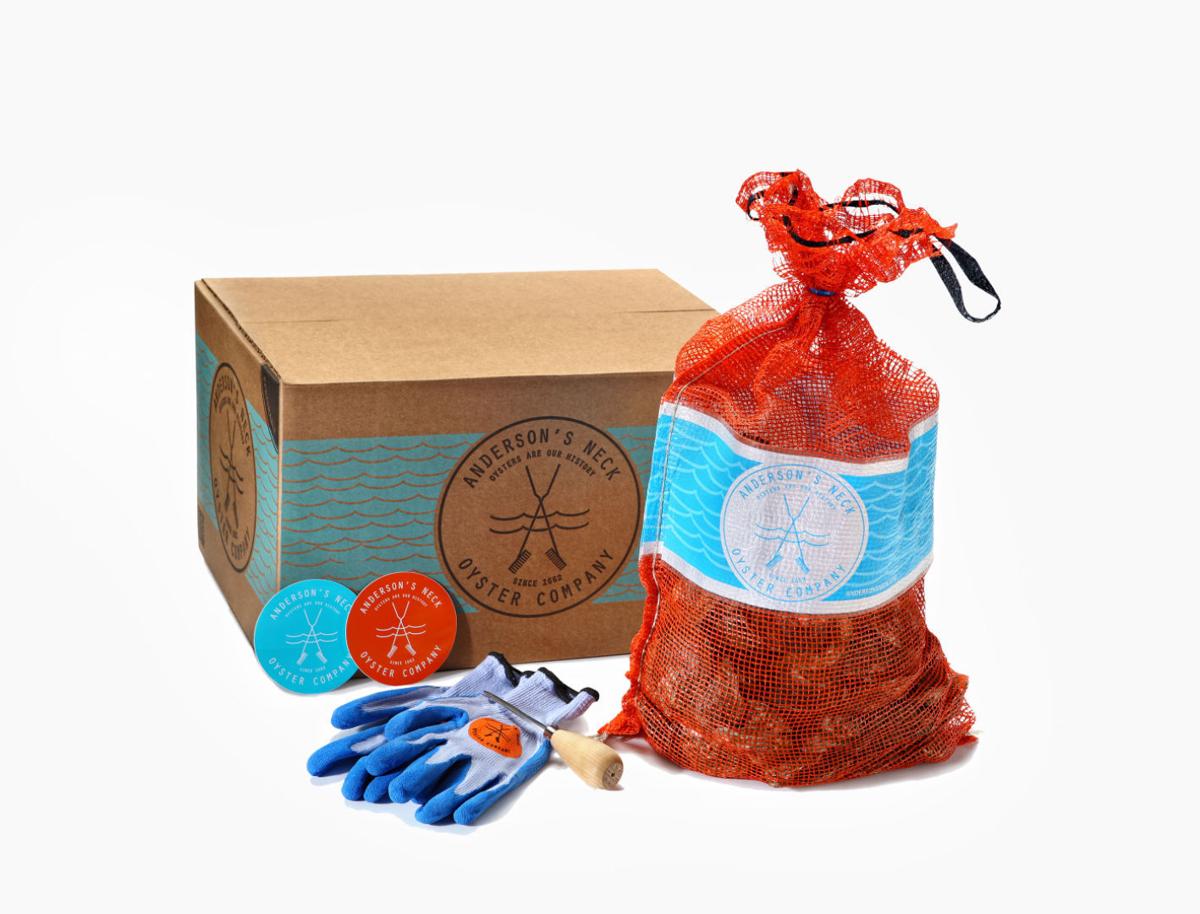 Michael C. Hild left a comfortable corporate job to start Live Well Financial, a mortgage lending and servicing company, as the country was about to fall into a recession.

“It was nerve-wracking when I started the company, leaving a huge safety net at Capital One,” Hild said about the venture he started April 1, 2005.

“I would still be there if it weren’t for me getting the entrepreneurial bug.”

Hild, 39, said he learned nothing about mortgage lending at Capital One. But he honed his strategic thinking and operating skills there. “I look back at my time at Capital One and am extremely grateful for the opportunity I was given at a relatively young age.”

Hild, a Church Hill resident who also owns Anderson’s Neck Oyster Co. in King and Queen County, said he could see a huge business opportunity with the aging demographics of baby boomers as they retire or near retirement.

If Chesterfield County-based Live Well Financial could help retirees unlock the equity in their homes through reverse mortgages, the company could take some of the financial burden off qualified homeowners and help them enhance their retirements.

“Reverse mortgages will be a lifeline for millions of retirees who have the bulk of their net worth tied up in their homes,” said Greg McBride, chief financial analyst for Bankrate.com, a consumer financial services company based in North Palm Beach, Fla.

About 80 percent of Americans age 65 and older own homes, according to the Census Bureau. About 30 percent of older Americans have mortgage debt.

Hild said he saw what he described as a 25-plus-year phenomenon with a wave of boomers who could qualify for the reverse mortgage program.

His company, after squeaking by in its early years and reinventing itself, is adding hundreds of employees. When the new positions are filled in the next couple of months, the company will employ 500 people, including 300 in the Richmond area.

About 100 new employees will work in a call center in the Arboretum office complex and talk with consumers about reverse mortgages and whether such a mortgage would work for them. An additional 120 will work at its corporate headquarters in the Boulders office park.

“Mike likes to build things. He is truly an entrepreneur,” said Eric Rohr, chief financial officer of Live Well Financial. “He takes complex challenges and figures out ways to succeed.”

Rohr joined Hild’s management team at the end of 2008. “Mike and I touched base, and it seemed like a great opportunity for me to stretch my wings,” said Rohr, who worked as the CFO of a business line at Capital One.

“I was never going to be the CFO of Capital One,” Rohr said.

Rohr said he sometimes longs for the days of working for a large company with plenty of resources, comparing the experience to portaging a canoe with hundreds of people instead of the few that a company like Live Well Financial requires.

“At the end of the day, there’s a higher level of satisfaction of portaging a canoe with a few people than anything I have done in my professional career,” he said.

Live Well Financial started as a mortgage company, then expanded into servicing loans and then issuing mortgage-backed bonds — federally guaranteed bonds that were sold to investors through broker-dealer relationships.

It now is expanding into retail operations, working directly with consumers and taking loan applications for reverse mortgages and conventional loans.

Years ago, as the nascent company was making inroads in the reverse mortgage industry, the financial world imploded and home prices fell like a rock, putting many mortgage lenders and brokers out of business and shrinking equity in homes. “Everything started to unravel with the Great Recession,” Hild recalled.

In 2008, Hild needed to raise $10 million to strengthen the balance sheet and to fund the company’s ambitious growth plans. He approached private investors, who put money into the company in exchange for an equity position.

One of those investors was Richard L. Sharp, former chairman and CEO of Circuit City Stores Inc. and co-founder and former chairman of CarMax Inc., who died in June. “He asked a ton of really hard questions,” Hild said. “Rick and I connected instantly.”

“At our final presentation with Rick, he asked me to leave the room so he could discuss (the investment) with his adviser, Jim Karides,” Hild said. “Thirty seconds later, the door opened and Rick said he was in.”

Hild remembers sitting in a hotel room in Montana later that same year for the filming of a TV commercial there for Live Well Financial — and for some fly-fishing. Things were not looking good in financial services and the mortgage industry. The $10 million investment had not closed since the attorneys were still working through the agreements.

Hild called the investors and told them if they wanted to back out, he would understand, given the circumstances. The investors said they were concerned about the environment, but they believed in the business and had confidence that Hild and his management team would figure it out.

“We settled on the day AIG went under,” Hild said, referring to the government’s bailout in September 2008 of American International Group Inc., the country’s largest insurance company.

“From that day on, I was relentless in my determination to live up to expectations, to take the money and do something great with it,” Hild said.

Still, the ride was unnerving. “I was in a small rowboat in the middle of a Category 5 hurricane.”

In retrospect, “we had 32 near-death experiences. We zigged and sometimes zagged. We refused to give up, we kept powering forward and, quite frankly, we had a little bit of luck.”

“We sat in the queue for Ginnie Mae for four years,” waiting to be approved as a bond issuer, Hild said.

Still, Hild and his company hung in there. “We have reinvented the company seven or eight times during the 10 years we have been in business,” Hild said. “It’s amazing to look back and see how many challenges we faced.”

From 2009 to 2012, the company went into survival mode, riding the massive refinancing boom as homeowners redid their mortgage loans at lower interest rates. The bare-bones company, locked out of the reverse mortgage market at the time, employed about 25 people and made enough money to keep the lights on.

Major players such as Bank of America and Wells Fargo began to exit the reverse mortgage industry in 2011. With liquidity for reverse mortgages drying up, Live Well Financial finally won approval from Ginnie Mae and started issuing its first pool of mortgage-backed bonds in April 2012.

The company issued the securities and provided liquidity to the reverse mortgage market. “We were virtually the only game in town for years that felt comfortable issuing both fixed-rate and adjustable-rate bonds backed by reverse mortgages,” Hild said.

“We let the cash repository build up a war chest,” he said. “We were happy to play that role, but it was not sustainable.”

As large publicly traded companies got back into reverse mortgages, they began to cut out Live Well Financial by acquiring its customers and going directly to Ginnie Mae. The company holds some Ginnie Mae bonds in its corporate investment portfolio with a balance exceeding $500 million, he said.

The company has a call center in San Diego, where it is adding people, and a servicing office in Lansing, Mich.

It has originated and serviced more than $2 billion in mortgage loans in the U.S. and Puerto Rico.

“We need an East Coast and West Coast presence,” Hild said, adding that dual locations increase the chance that someone will be available to take a call since customers are spread across multiple time zones.

Reverse mortgages, introduced in 1989, are harder to get in light of new federal regulations and strict underwriting standards.

Live Well Financial, having been in the business for a decade, is in a unique position to address these changes and grow, Hild said. Mortgage planning is an important part of retirement, a niche that bodes well for companies such as Live Well, he said.

How does it work? The bank makes payments to the homeowner based on a percentage of accumulated home equity.

When does it need to be repaid? When the borrower dies, sells the home or permanently moves out.

Who is eligible? Seniors age 62 and older who own homes outright or have small mortgages.

How can the money be used? For any reason. Retirees typically use cash to supplement income, pay for health care expenses, pay off debt or finance home improvement jobs.

What happens when the house is sold? Proceeds are first used to satisfy the outstanding liens, such as the reverse mortgage. Any leftover money goes to the borrower or the estate. If proceeds aren't enough to pay off the balance on the reverse mortgage, FHA insurance covers the difference.

Bonus: The borrower can never owe more than the value of the home in a reverse mortgage loan, regardless of how much is borrowed.

Nominations being accepted for the 2022 Top Workplaces program

The Richmond Times-Dispatch is searching to find the best places to work in the region for its ninth annual Top Workplaces program.