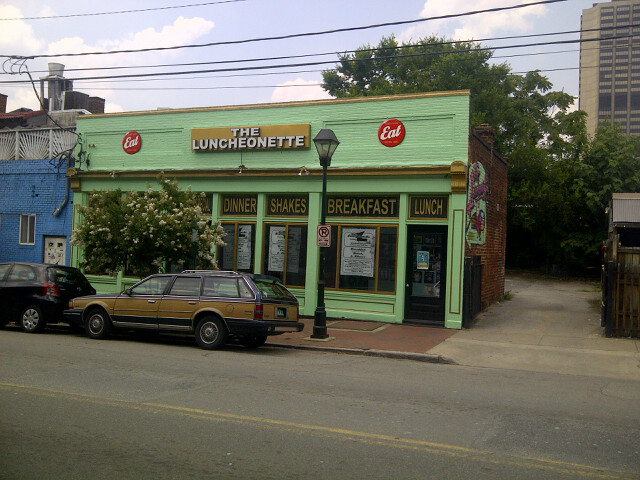 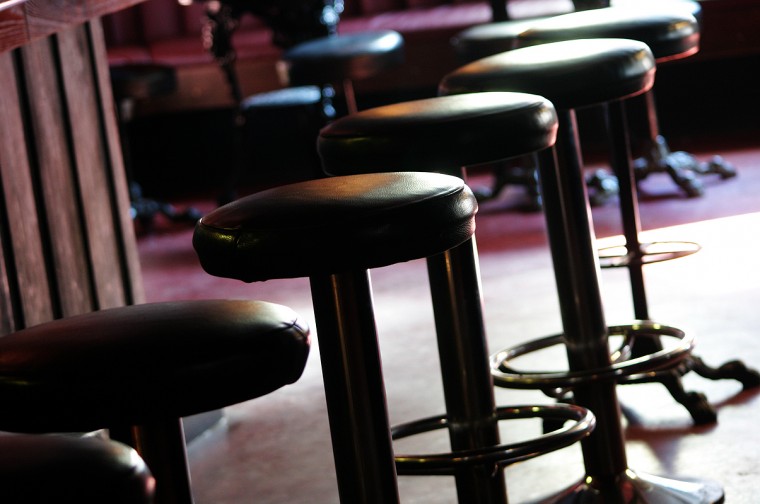 It finally happened y'all, The Luncheonette is now open at 104 N. 18th St. in Shockoe Bottom.

There's no ABC for now.

Take a look at the menu here. 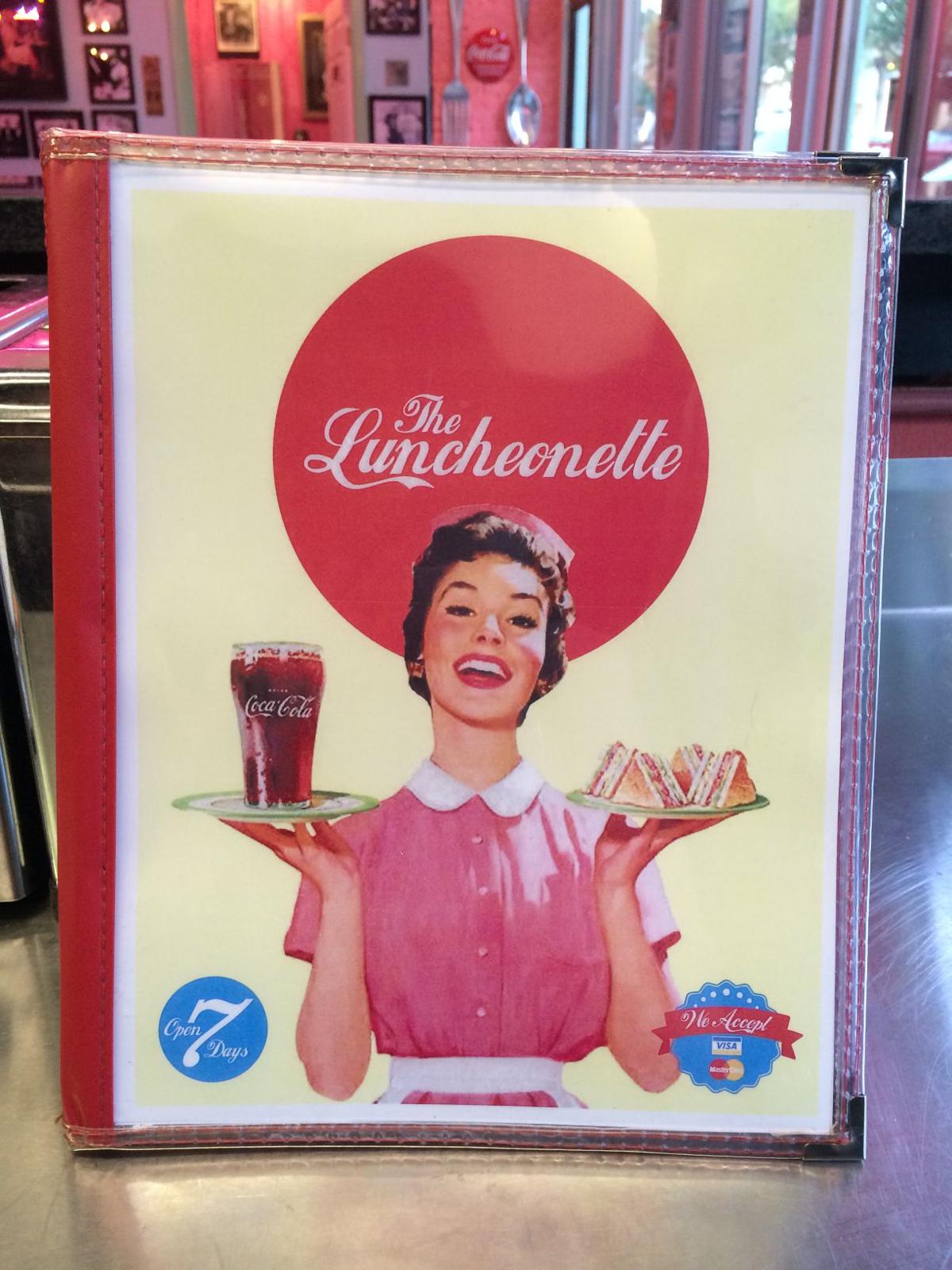 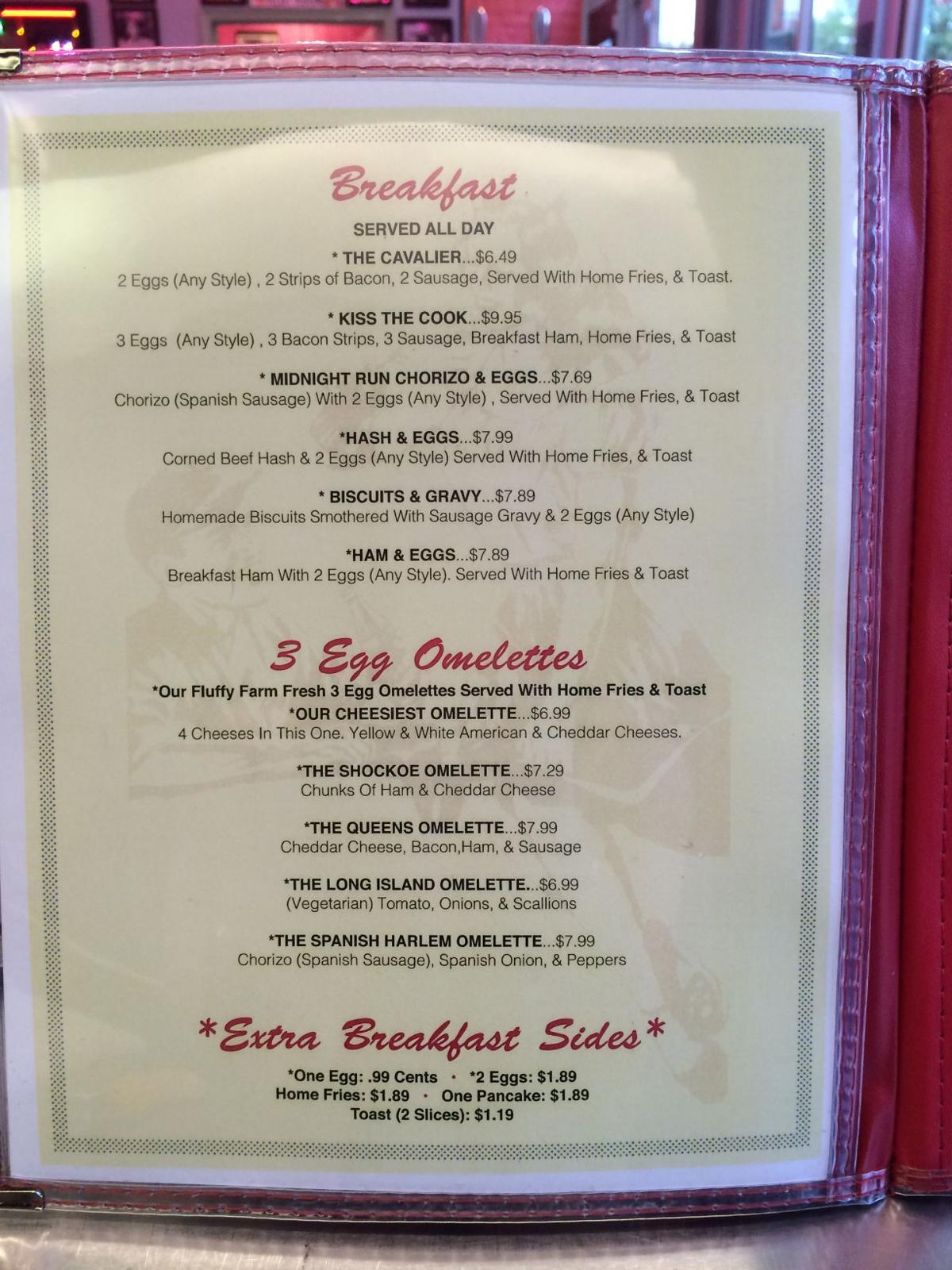 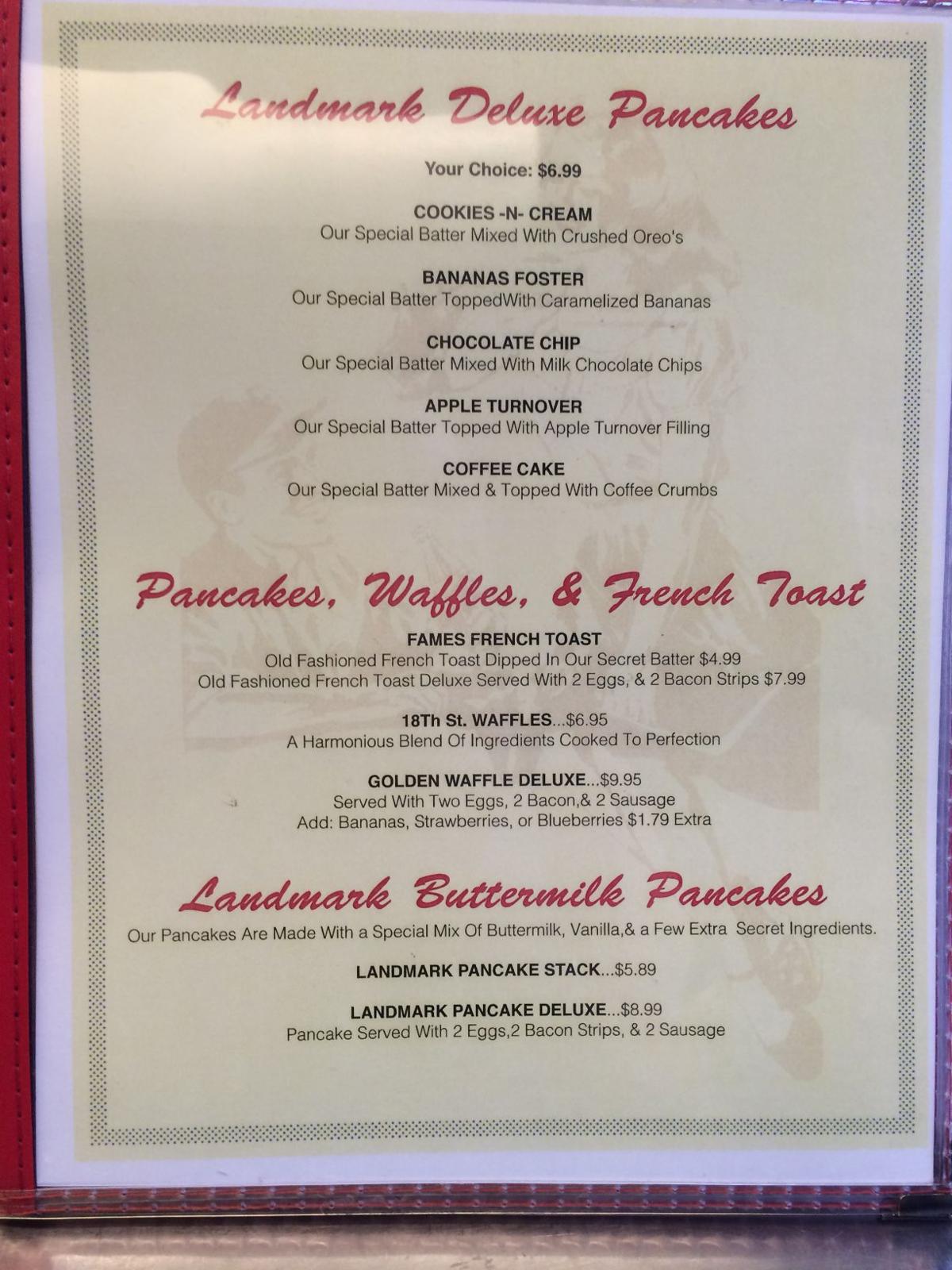 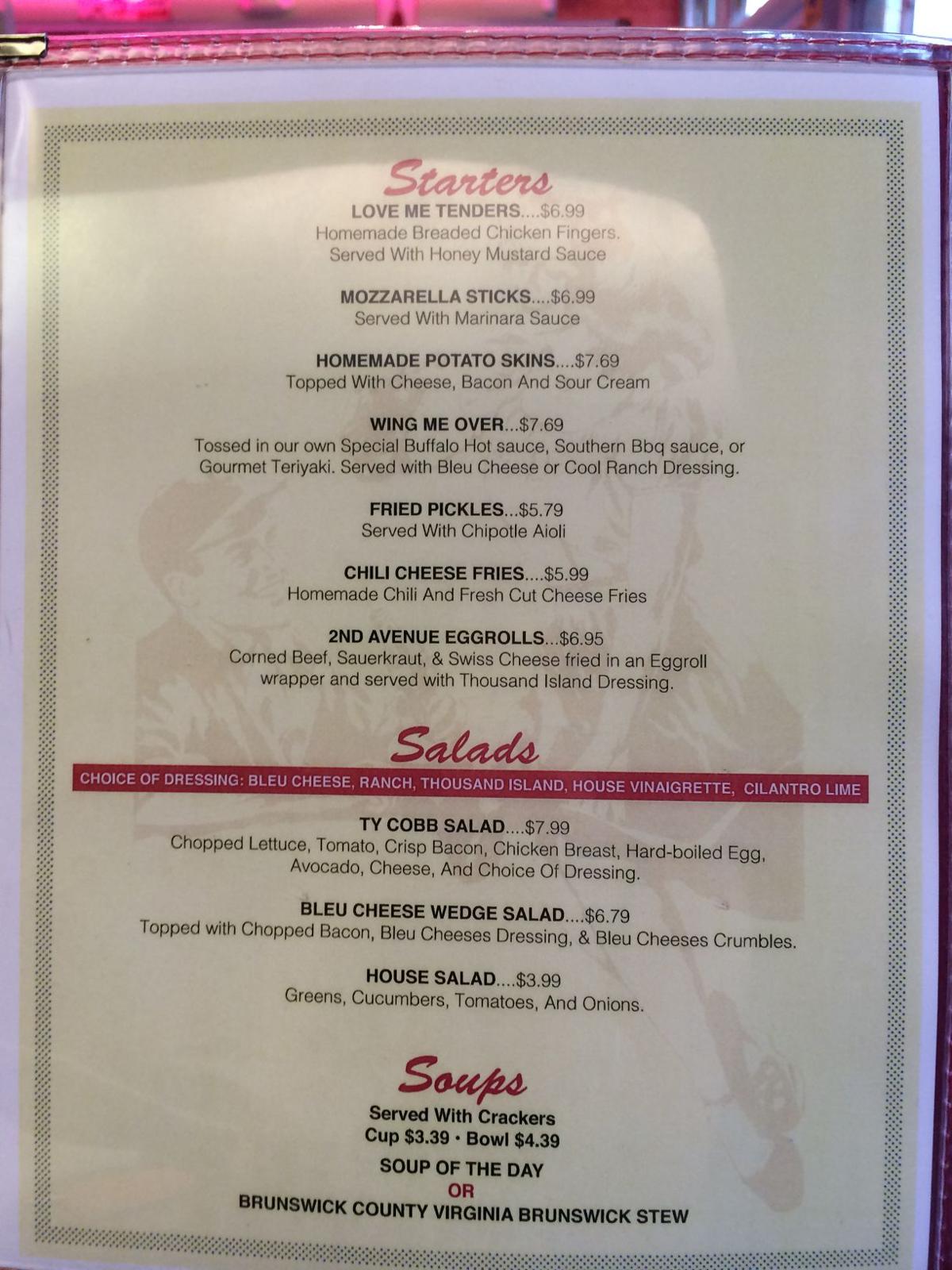 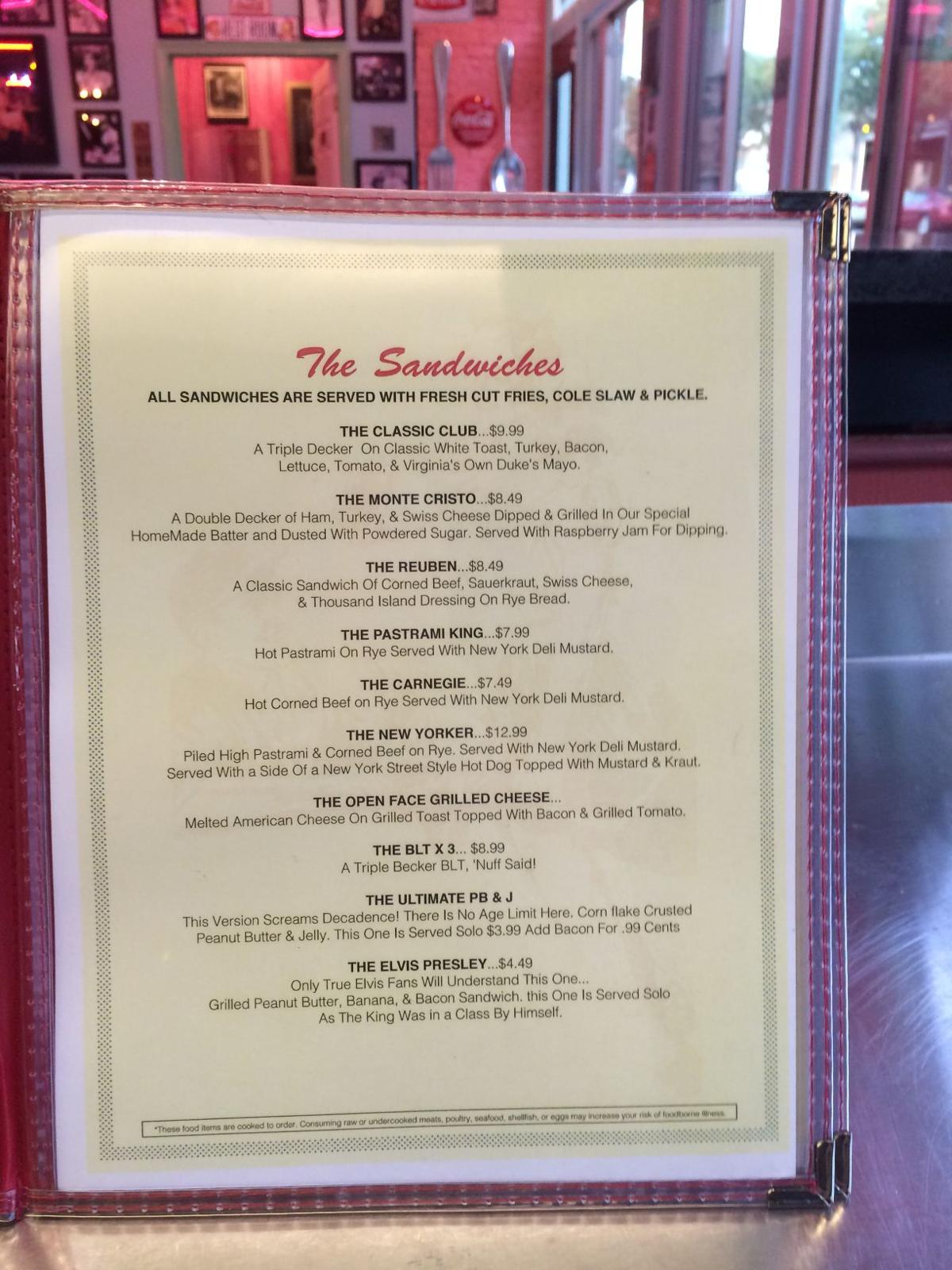 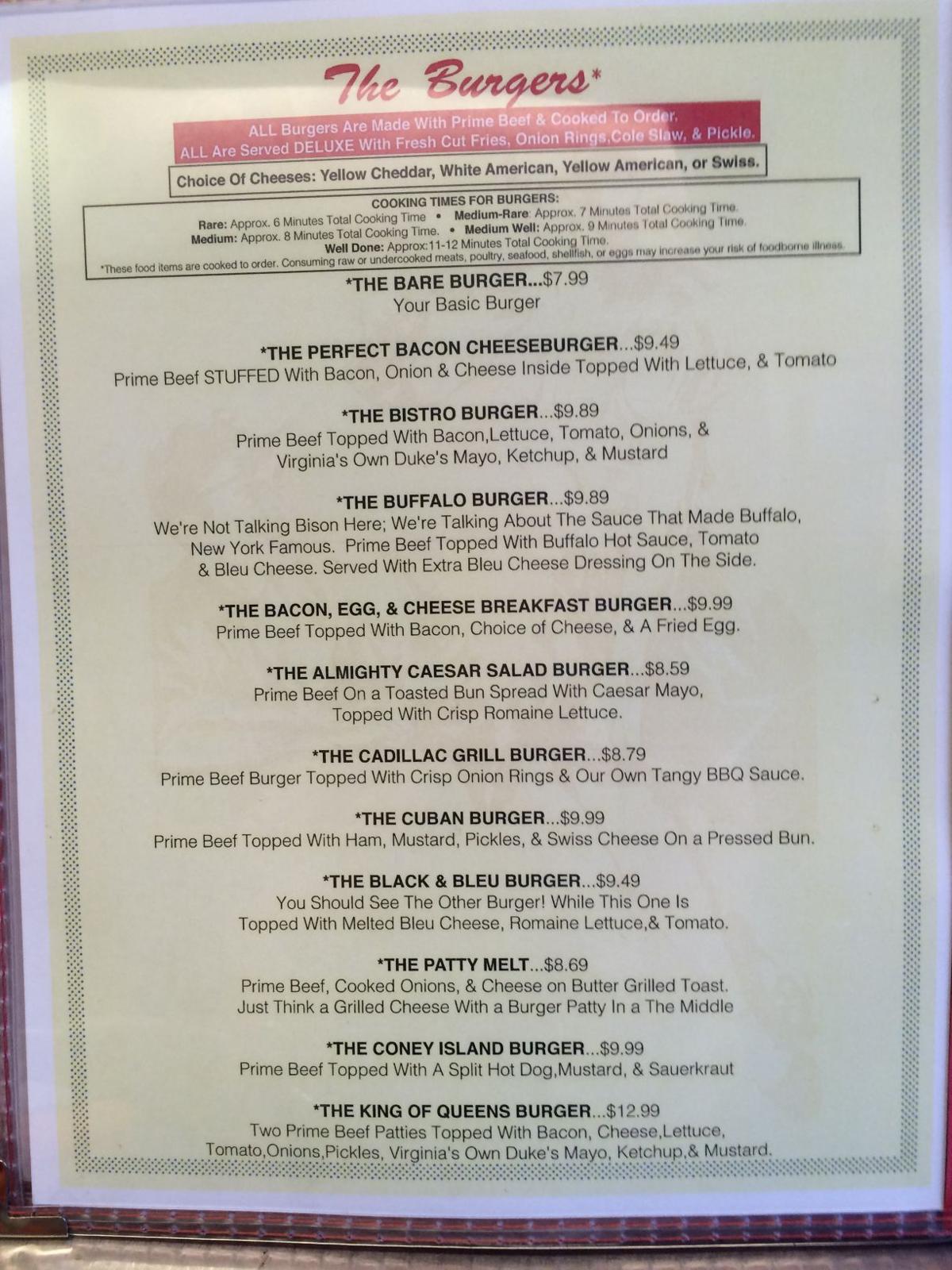 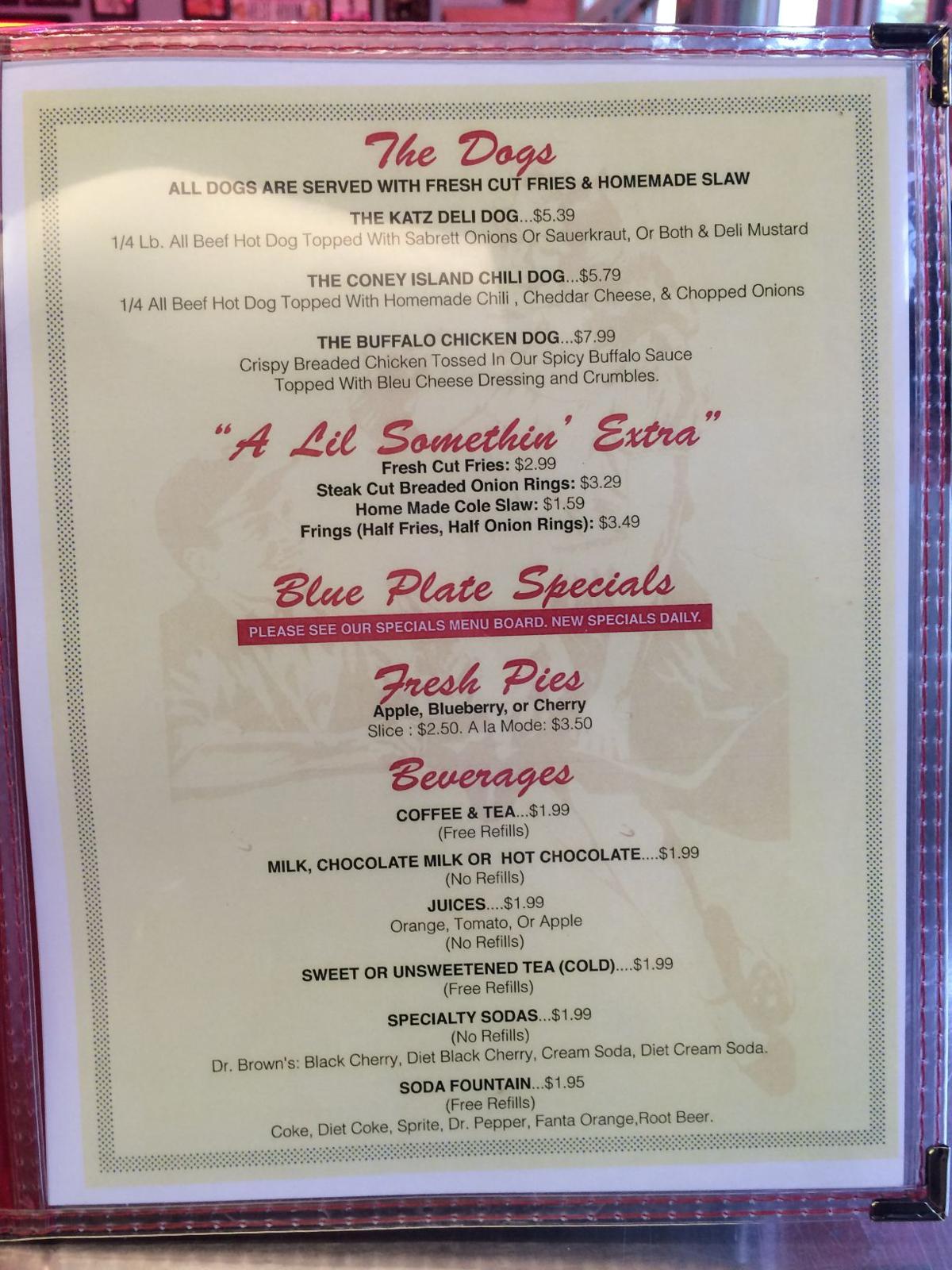 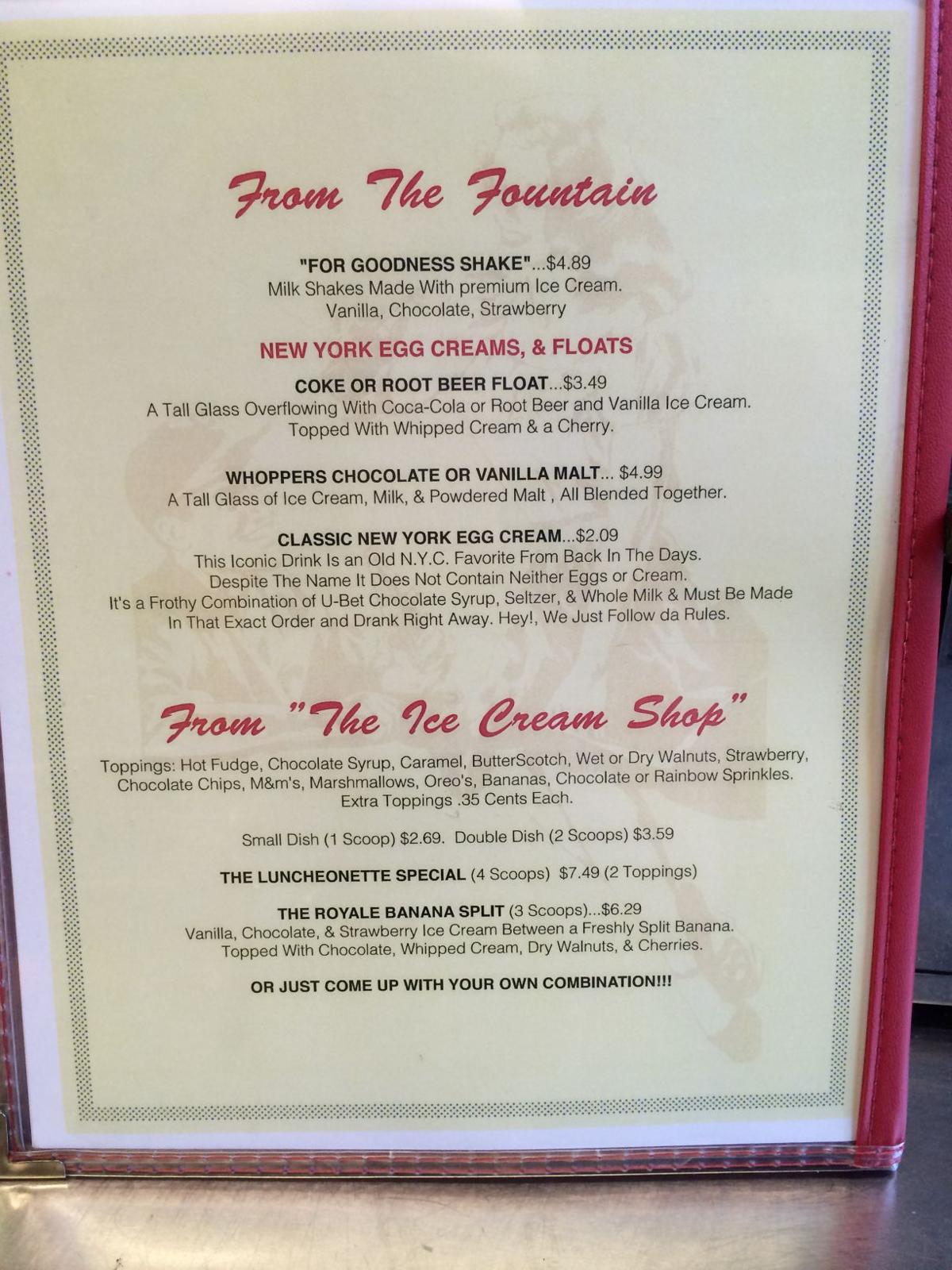 Three and a half years ago, a freelancer - one who has long-since broken my heart and left me for Richmond Magazine - pitched me a piece on a new restaurant coming to Shockoe Bottom.

The restaurant, The Luncheonette, from a New Yorker / weekend Richmonder who also owned Margaritas Cantina, was slated to open in April 2011.

When we ran the piece, in March 2011, construction on the 18th Street restaurant was nearly complete. The menu concept, "a fast food diner ... with unique items....blue plate specials, egg creams ... Everything priced under $10. Breakfast is served all day," was done.

The Luncheonette just needed to open.

What followed was three and a half years of prospective opening dates, nearly twice a year every year, and a restaurant the never opened.

There were some health issues and a pregnancy and maybe a natural disaster and then the folks at The Luncheonette were holding out to see how the Shockoe Stadium debate would hold-on, but now it's here!

A real opening date for The Luncheonette. And it's this Saturday.

I should have the exact hours and menu later today, but for now, know this: The Luncheonette is opening this weekend. Probably.

You guys keep asking and I keep checking on the progress down at The Luncheonette in Shockoe Bottom.

That spring, a pregnancy in the family delayed it even further.

In May 2013, GM Donna Farnitano at the owner's other Shockoe Bottom spot, Margaritas Cantina, said Fourth of July or before would be the likely opening.

Clearly that did not happen.

But now there's a new new opening date for The Luncheonette. Halloween. 2013. If not sooner. Farnitano says she's meeting the city this week to have service connected.

There's finally an opening date for The Luncheonette, the Shockoe Bottom breakfast, lunch and brunch spot that's been in the works for more than two years.

They folks were all set to open more than a year ago, but then the owner who lives in New York had a baby and another restaurant to open and life happened ...

But now, according to GM Donna Farnitano, who manages their other restaurant, Margaritas Cantina, across the street, the opening will happen ...

It was supposed to be April, then it was looking like June, then we heard after Labor Day, but now there's a new opening date for The Luncheonette in Shockoe Bottom.

According to The Luncheonette and Margaritas Cantina GM Donna Farnitano, her daugher (owner Carlos Londono's wife) is due with a baby any day now. Londono would like to be in Richmond for at least two weeks to open the restaurant, so The Luncheonette opening is delayed until after the baby is born and the couple has a few weeks to settle in.

The sign is up at the coming-very-soon The Luncheonette in Shockoe Bottom.

Across the street from Margaritas Cantina on North 18th Street in Shockoe Bottom, the old Bistro 104 spot is getting a paint job. Mint green trim frames the butcher-papered windows, hiding the guts of a soon-to-be luncheonette. Both businesses are owned by Carlos Londono, a Queens, New York native, currently living in Long Island, and a weekend Richmonder.

Londono grew up in the restaurant business. In 1971 his family opened The Cavalier, an old-school piano bar serving continental cuisine. Barry White and Joe Torry hung out at the bar. Fast forward a few decades to Carlos' college years at St. John's University—the evenings of listening to love songs paid off when he courted his Richmond-Virginia born wife.

"Am I happy here (in Richmond)....... personally?" Londono reflected. "Yes. We've (Margaritas Cantina) been here four months. I am just learning people’s likes and dislikes. Yelp...I don't take it personally. All I can do is improve."

One thing Londono believes will improve the Bottom is an old-fashioned luncheonette, like those he grew up with in the city.

"A luncheonette is a fast food diner, with faster service, short order cooks and a smaller menu with unique items....blue plate specials, egg creams. Luncheonettes don't have chefs. We have fast cooks at luncheonettes. Everything should be priced under $10. Breakfast is served all day. That's my definition of a luncheonette," said Londono. "We’ll be open seven days, from 6 or 7 a.m. until early evening, and we'll offer a different blue plate special every night."

So, what's an egg cream?

"Most important," Londono said, "there is no egg or cream in them. Egg creams originated in New York and are sweet, fizzy thirst quenchers. A combination of milk, seltzer and chocolate syrup (we'll use U-BET). Egg creams should always be served in a small glass so that they can be drunk quickly. You can't let them sit. They become flat if not drunk immediately. I learned how to make egg creams from a guy from my dad's era. He used to make 3,000 egg creams a day in New York."

"I plan on running The Luncheonette like they say in Queens: By 'keeping it in the neighborhood'. I will buy and hire locally. You can't please everybody, but I will try my best. I wouldn't be here (in Richmond) if I had not fallen in love with it."

Opening date for The Luncheonette is tentatively set for the last week of April.

Karri Peifer is the editor of Richmond.com and the site's senior food writer. Follow her on Twitter @KarriPeifer.

We've all been there – you’re visiting a city for the first time (or 10th) and have a hankering for pizza. But you don’t just want any old sli…