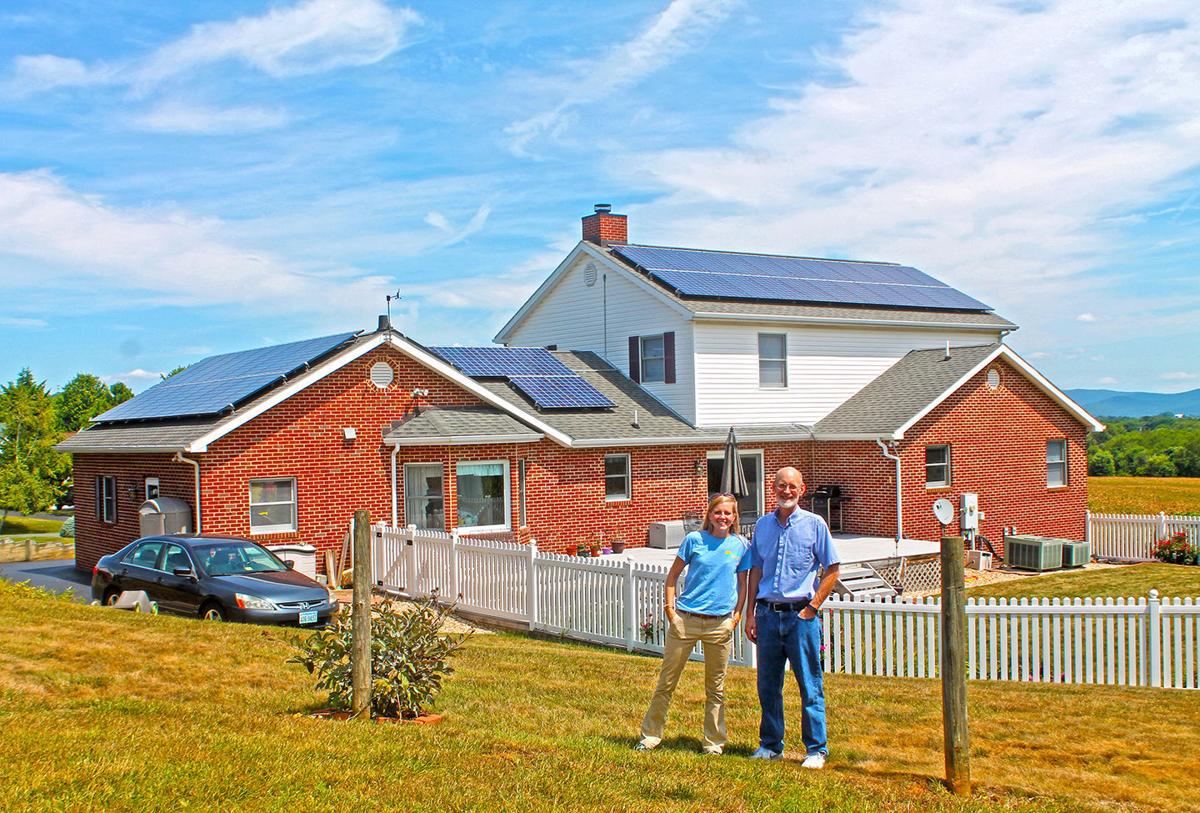 A 12.2 kW solar system was installed at the Augusta County home of Keith Shank. 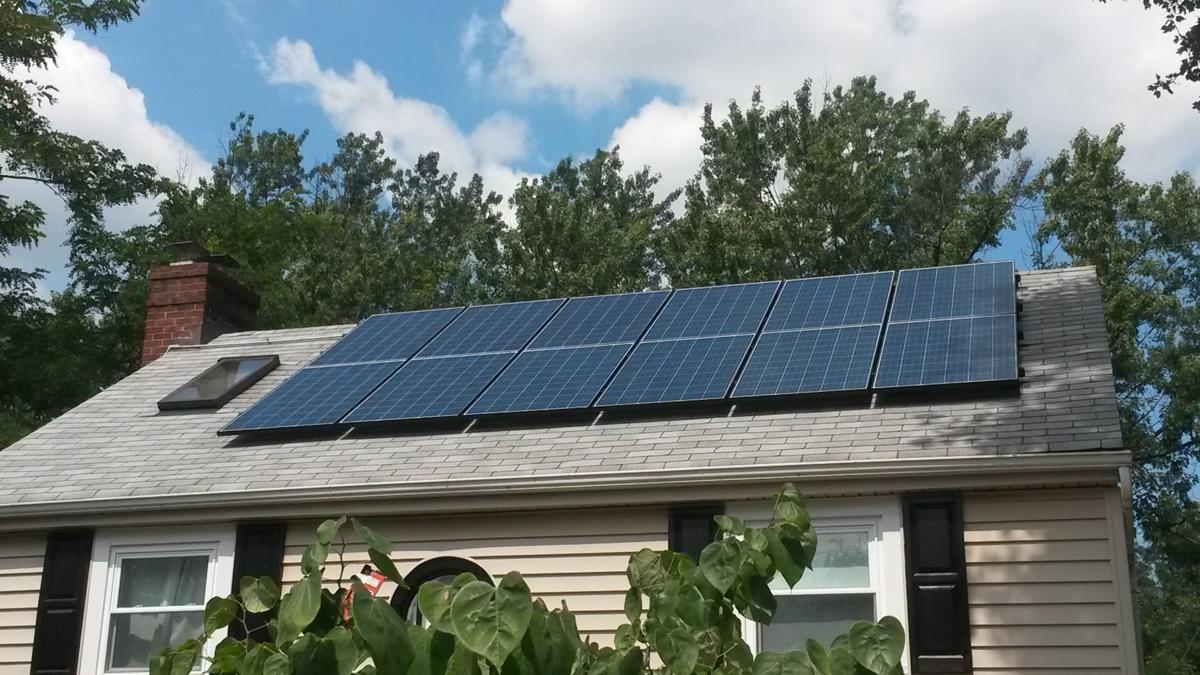 This 3.1 kW solar system was installed by the Arlington Solar Cooperative.

With the solar industry in Virginia likely to grow more next year than ever before, a nonprofit group has its sights set on Richmond-area rooftops.

Virginia Solar United Neighborhoods — or VA SUN — has worked to form co-ops that have helped more than 200 Virginians install their own arrays of solar panels.

The group is a branch of the Community Power Network, formed in 2007 after its founder created a co-op in Washington because she thought the process was expensive and complicated. Since then, more than 50 co-ops have been formed in Washington, Virginia, Maryland and West Virginia.

The idea is that having a group of buyers negotiate as one helps reduce installation costs by about 20 percent, and experienced advocates can guide the group through the process.

VA SUN is now trying to form a co-op in Richmond. Once they have a couple of dozen or more people on board and have certified that their roofs are not too shady, they will ask installers to bid on all the homes as one big project.

“I think the big thing is that they make the process easy,” said Carl Droms, who installed 11 panels on his roof in Harrisonburg this year as part of a VA SUN co-op. “Basically, you just sign up, and they hold you by the hand and lead you through the whole process.”

In Harrisonburg, the group helped 69 homeowners install more than 400 kilowatts of solar, resulting in more than $1 million in sales to a local solar company.

The group will hold its second Richmond information session on Dec. 17. About 50 people showed up for the first meeting earlier this year. If all goes well, the first set of solar panels should be installed by February, Sutch said.

The systems can cost homeowners $9,000 to $40,000, Sutch said, depending on their size. While solar panels only work when the sun is out, they have no moving parts, require no fuel and almost no maintenance during their three-decade lifespan.

People can install panels that reduce their solar bills by as little as 10 percent or that completely power their homes, he said. Once connected to the grid, homeowners receive a monthly bill that shows how much energy they produced alongside how much the home used.

Droms spent about $9,500 for his 11-panel system, with the federal tax credit he will get next year bringing the price down to about $6,650. And so far, he’s producing more power than he uses, meaning he has not had an electricity bill since January.

Droms expects the savings on electricity to pay for the panels within seven or eight years.

Virginia’s policies on rooftop solar — limits on the size of systems, a rule that no more than 1 percent of all power generation can come from personal solar arrays, monthly fees for customers — create a climate that favors utilities over residents, Sutch said.

“(Dominion Virginia Power) are huge adopters of solar. It’s just that they don’t want other people to have it,” Sutch said. “They have tried to stop residential solar not because of its impact to the grid, but because of the impact to its bottom line.”

Richmond-based Dominion Virginia Power has committed to build 400 megawatts of solar energy by 2020, with a flurry of utility-scale solar farms expected to come online before a federal tax credit shrinks from 30 percent to 10 percent at the end of next year.

Some studies have found growth in rooftop solar benefits the entire grid and would eventually reduce the need to build more power plants. Others have found that utilities begin to lose money if more than 2 or 3 percent of customers begin generating their own electricity.

Katharine Bond, director of public policy for Dominion Virginia Power, said the utility has seen rapid growth in rooftop solar among its customer base, with the 1,500 connections to the grid today about double the number from 2012. The state policy that caps rooftop solar at 1 percent of all energy produced helps Dominion plan for its future generation needs, she said.

But even with the growth in rooftop solar, the amount installed is only about 5 percent of that cap.

“Dominion is not resistant in any way, shape or form to these type of projects,” Bond said. “From our standpoint, we’re committed to delivery of affordable and reliable power to all of our customers. And that doesn’t change, even with the integration of additional solar.”

What: the Richmond Community Solar Co-op

will hold its second information session

Williams: A Richmond coffee shop eliminated tipping and now has a hot tip: Don't leave one, it's racist.

Alchemy Coffee served up the hot news in a social media post on Martin Luther King Jr. Day in January.

Two Richmond-area medical practices say they have been victims of a cybersecurity incident that has affected some of their computer systems.

WATCH NOW: Little Sisters of the Poor to transfer operations of St. Joseph's Home in Henrico to Charlotte-based company

A fast-growing Charlotte, N.C.-based senior living company is taking over the management of St. Joseph’s Home for the Aged in Henrico County.

More than 80% of CarMax workers getting one-time bonus

Most CarMax employees are getting a one-time bonus.

Genworth Financial Inc. has sold its ownership stake in an Australian business subsidiary to help pay off debts it owes for a legal settlement.

A Richmond-based startup company that built an online platform to help health care providers find and fill critical jobs has been acquired.

A 12.2 kW solar system was installed at the Augusta County home of Keith Shank.

This 3.1 kW solar system was installed by the Arlington Solar Cooperative. 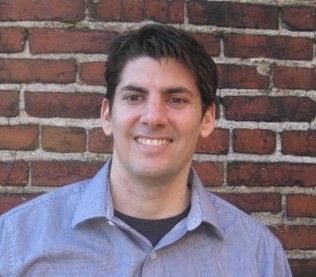