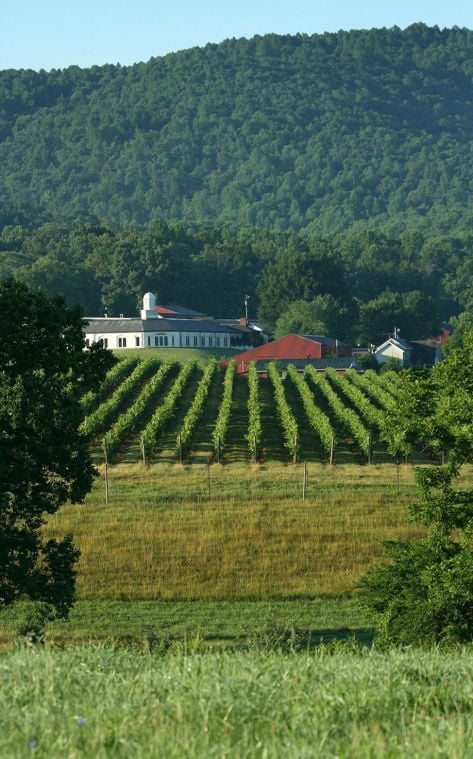 Barboursville Vineyards near Charlottesville has enjoyed a bump in exports because its wines have received favorable reviews in the United Kingdom. 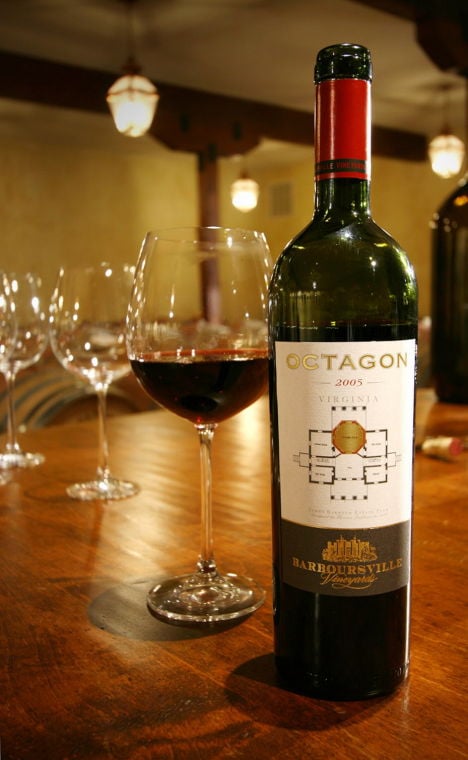 Sales of Virginia-made wines outside the state, domestic and international, increased by 39 percent in fiscal 2012 from 2011.

They are being sold as well “across the pond” in the United Kingdom and elsewhere.

International sales of Virginia wine rose by nearly 400 percent in the fiscal year that ended June 30, and overall sales reached a record during the same period, increasing by 1.6 percent from the previous 12-month period, according to statement released Monday by Gov. Bob McDonnell’s office.

Luca Paschina, general manager and winemaker at Barboursville Vineyards near Charlottesville, said he has seen a bump in exports because his wines have received favorable reviews in the United Kingdom.

“We have been shipping there for the past three years, and we have seen increases every year,” Paschina said.

Virginia wineries sold nearly 485,000 cases in fiscal 2012 compared with about 477,000 in the prior year, which had been the previous record high.

Sales outside Virginia, domestic and international, increased by 39 percent in 2012 from 2011.

Figures for fiscal 2011 and 2012 show all sales of Virginia wines, where previously they reflected only sales directly related to wine liter collections.

Until recently, wineries did not put a lot of energy or marketing dollars into selling outside Virginia, since they were focused on selling their products in the state, Boyd said.

Sales of Virginia wines have averaged about 8 percent growth per year over the past three fiscal years, with the biggest increases seen outside the state, according to the marketing office. The office said:

International sales were driven in part by new sales to China and the United Kingdom, two areas where McDonnell’s administration has focused on global marketing and export growth.

“More sales provide more economic development and job creation opportunities, especially for the vineyards, wineries and the many businesses supporting them, like restaurants and bed-and-breakfast establishments, all across the commonwealth,” McDonnell said in a statement.

“From being named one of the top 10 wine destinations in the world by Wine Enthusiast to having our wines served in India, Israel, Sweden, Montreal, London, San Francisco and New York City, the last fiscal year saw a lot of new recognition and opportunities for the Virginia wine industry.”

Virginia ranks fifth in the number of wineries in the nation, with more than 230. The state also is the fifth-largest wine grape producer in the nation.

The wine industry here employs more than 4,700 people and contributes about $750 million annually to the Virginia economy, according to a 2012 economic impact study.

If the smooth marbled walls and concrete floors of 212 E. Clay St. could talk, the stories they’d tell — stories of determination, grit and th…

Barboursville Vineyards near Charlottesville has enjoyed a bump in exports because its wines have received favorable reviews in the United Kingdom.

Sales of Virginia-made wines outside the state, domestic and international, increased by 39 percent in fiscal 2012 from 2011.