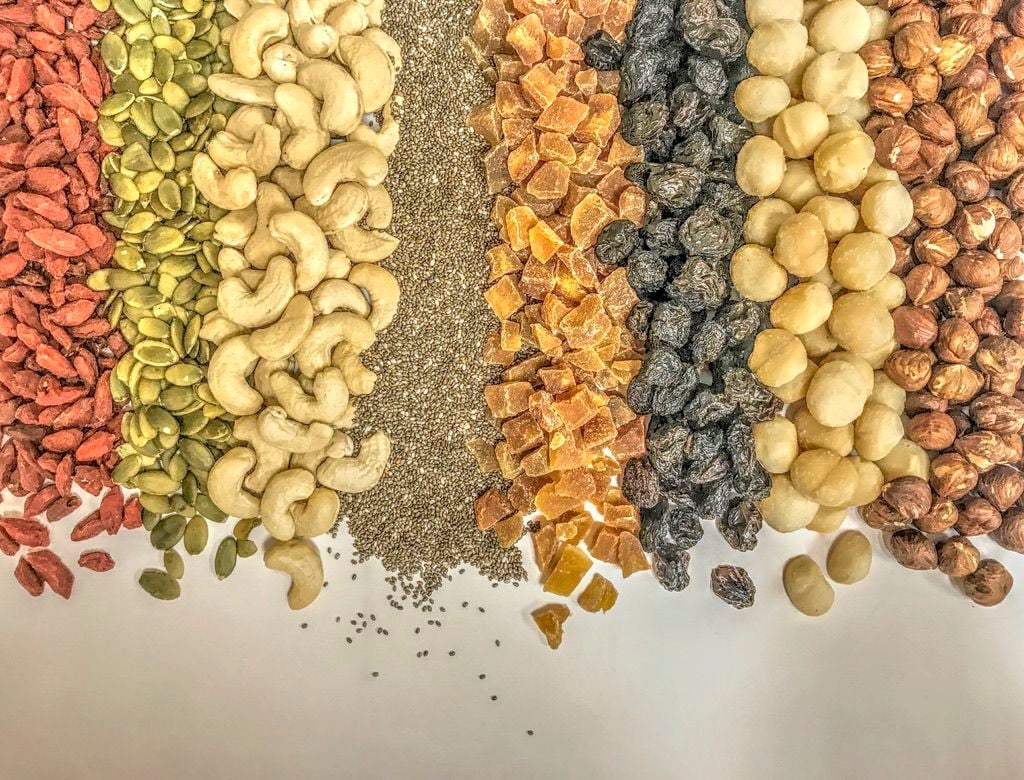 Some of the nuts that Red River Foods imports.

A worldwide supplier of tree nuts, seeds and dried fruits is investing $16.5 million in a new warehouse, processing facility and corporate headquarters in eastern Henrico County.

Red River Foods Inc. is establishing a warehouse and its first U.S. processing facility at 2840 Sprouse Drive, off of Airport Drive by Richmond International Airport. That part of the project is slated to create 60 new jobs, according to Gov. Ralph Northam’s office.

The privately held company also is relocating its corporate offices there from an office building near the Stony Point Fashion Park in South Richmond. That should take place in August, said Dan Phipps, the president and CEO of Red River Foods.

Red River harvests and processes over 40 products of nuts, seeds and dried fruits that are sourced from 30 countries. It distributes them to more than 350 companies worldwide in the bakery, dairy, confectionery, cereal and snack food industries.

While the company is one of the largest importers of cashews by volume, Red River also imports significant amounts of Brazil nuts, macadamia nuts and filberts. It also sources pine nuts, pepitas and apricots.

Red River has been using companies in the U.S. to handle the processing and pasteurizing of its products but decided to bring that operation in house, Phipps said.

“That way we can control as much of the supply chain as possible,” he said. “Whenever you let the product outside of your control, you open yourself up to risk, like quality degradation or supply chain delays or issues with the logistics. As long as we can control that product from the time we get it from farms in Ghana or Ivory Coast or wherever and be the last point of contact in the U.S. before it goes to our customer, we feel a lot more confident in what we can control.”

Most of the nuts and fruits processed at the new facility will be sold to companies in bulk to be used in a variety of food products. Some of the nuts could be sent to retailers in bulk, which would repackage them to sell to consumers under private-label brands.

An entity connected with Red River acquired the warehouse building in December 2019 for $5.3 million, the county’s online property records show. It started using the building as a warehouse earlier this year.

About two-thirds of the 100,000-square-foot building has been renovated for cold and ambient storage.

The remaining middle section is being reconfigured for processing nuts and fruits. Work on that section should be completed by the end of the year, Phipps said.

Red River has about 15 to 20 employees working in the warehouse sections. The company expects to employ about 60 workers sometime during the first quarter of next year.

Virginia successfully competed with Maryland, New Jersey and Pennsylvania for the project, the governor’s office said.

Meanwhile, Red River is using part of the warehouse building for its corporate offices, relocating the 23 employees from its South Richmond offices. That new space should be ready in August. Phipps said he and a handful of other corporate employees will start working there then, but the company will allow flexibility for its corporate staff. Most of its employees have been working remotely since the start of the pandemic.

The company employs more than 1,000 workers worldwide with offices on five continents. In the U.S., it also has offices in New York, Seattle and Los Angeles.

Red River was once a subsidiary of Richmond-based tobacco leaf merchant Universal Corp., which sold the business in May 2007. Universal had acquired the company in 1986.

Jim Phipps, the father of Dan Phipps and the company’s longtime CEO, moved operations from New York City to Virginia in 1991. The father and son are minority owners in the company; another family in Richmond holds the majority shares, Dan Phipps said.

Electric automobile maker Tesla Inc. has won approval from the Virginia Department of Motor Vehicles for its plans to open three new stores in…

After more than a year working as a frontline employee at Kroger during the COVID-19 pandemic, Stuart Martin is now worried that his health ca…

Hostel to reopen in downtown Richmond under new ownership; building sold for $1.8 million

A hostel should be returning to Richmond next year.

WATCH NOW: The 'forever' investor: Markel Ventures has added 20-plus companies to its roster in the past 15 years

If you’re eating a hamburger from a fast-food restaurant, there’s a good chance that Richmond-based AMF Bakery Systems had a hand in making the bun.

Some of the nuts that Red River Foods imports. 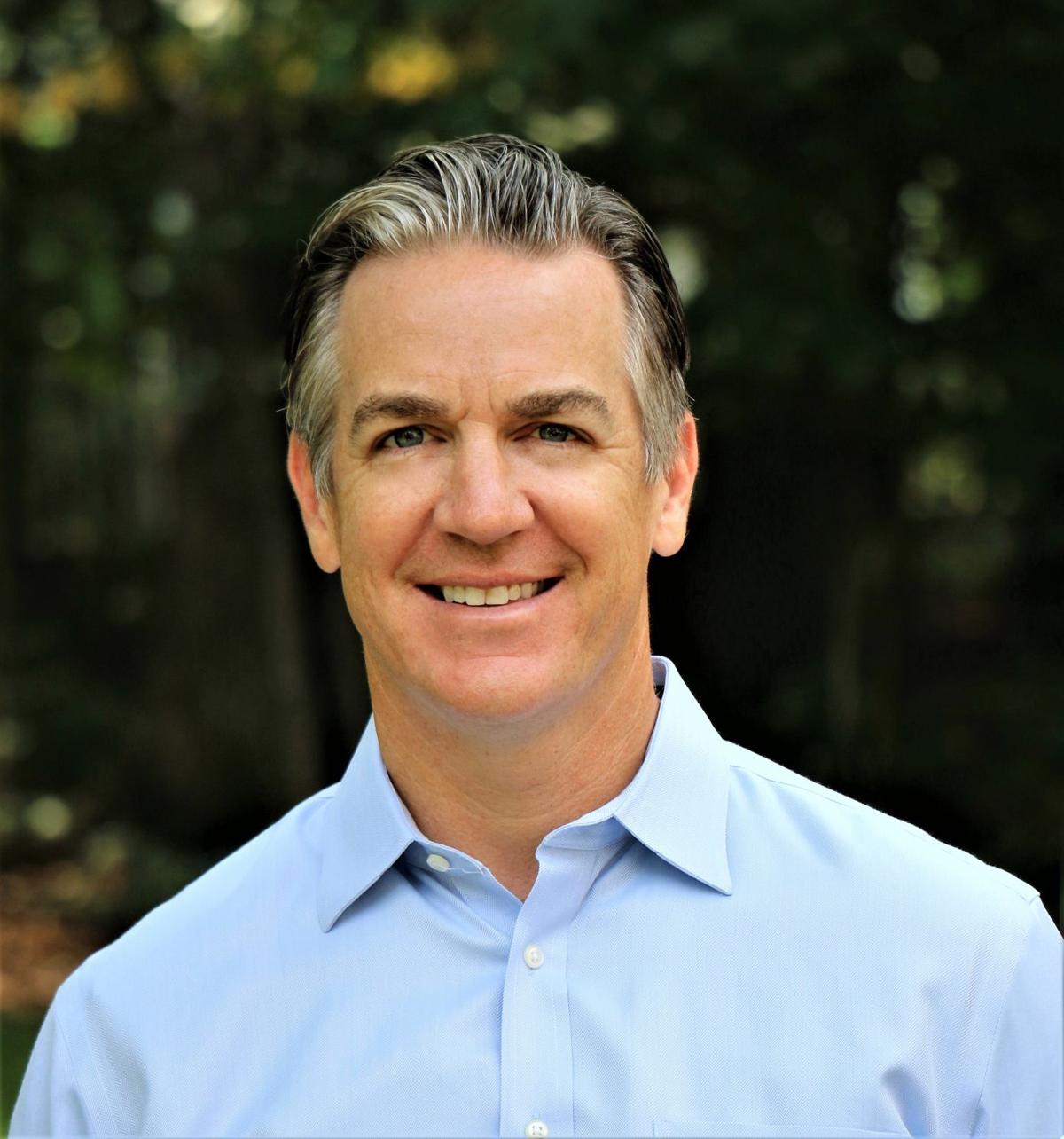