GRTC will be able to fund to zero-fare initiative in the upcoming year, according to CEO 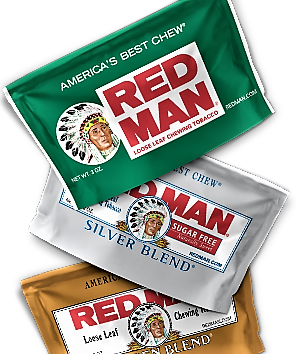 Swedish Match has stopped using the Red Man name for a line of chewing tobacco. It is now called America’s Best. 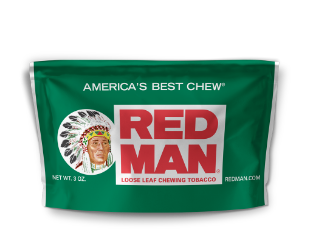 Swedish Match has stopped using the Red Man name for its line of chewing tobacco. It is now called America’s Best. 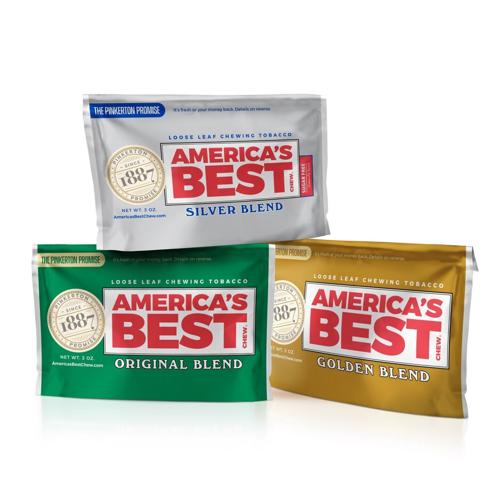 Swedish Match is changing the name of Red Man chewing tobacco to America’s Best. Above is the old and new packaging for the product.

The top-selling brand of chewing tobacco in the United States — a brand long associated with Richmond’s tobacco industry — is changing its name and removing a stereotypical image of a Native American from its product packaging.

Red Man chewing tobacco, which has been sold in the U.S. for more than 100 years, is changing its name to America’s Best, starting this week. The owner of the brand, tobacco company Swedish Match, announced the change on Thursday.

Swedish Match AB is a Sweden-based company with its North American headquarters in Richmond. The company sells a variety of chewing tobacco and snuff tobacco brands, along with cigar brands and alternative, novel nicotine products such as the Zyn pouch product.

Red Man chewing tobacco has long been an iconic brand among chewing tobacco brands. It was introduced in the U.S. market more than a century ago by The Pinkerton Tobacco Co., which was acquired by Swedish Match in 1985. Pinkerton then moved its headquarters to Richmond the next year.

For decades, Red Man chewing tobacco has been sold in packages featuring its brand name in bold red colors along with a prominent, drawn image of a Native American man wearing a feathered head dress.

The brand change comes as various companies, sports teams and other institutions have been reconsidering their use of stereotypical Native American imagery and names.

“It is something that we have been exploring for a while now” for the Red Man product, said Joe Ackerman, vice president of marketing for Swedish Match, who added that the company was “under no pressure” to make the change.

The company did research among its customers before making the change, he said.

“We also very discreetly engaged the Native American community and how they felt about the process,” Ackerman said. “Once we gathered all that information, we decided it was in the best interests of the company and its values to engage in that proactively and move forward with a new name.”

The company said it is making no changes to the product itself.

Along with the name change, the image of the Native American will no longer appear on packaging, according to a spokesperson for the company.

The decision was praised Thursday by representatives of Native American communities in an announcement released by the company.

“I applaud the Swedish Match company for retiring the use of ‘Red Man’ as a product name,” Cherokee Nation Principal Chief Chuck Hoskin Jr. said in the statement released by the company. “Nationally, we are moving away from the use of derogatory terms and depictions of Native Americans as product mascots because representations are stereotypical caricatures, and they do not honor us or reflect how we live and thrive, both as individuals and as unique Tribal Nations today.

“The announcement to change the brand’s name and imagery gives us hope that more companies, schools and sports teams hear us, and that we will continue to make impactful national changes for the betterment of Indian Country.”

Red Man commands two-thirds of the premium-priced U.S. market in chewing tobacco, according to the company.

Chewing tobacco is a loose-leaf, oral tobacco typically sold at retail stores in pouch packaging. It has been declining in use mainly due to the introduction of numerous alternative smokeless products, Ackerman said.

“Chewing tobacco has been in a state of decline for a number of years,” he said. “It is still a very viable category, but it is in decline.”

Chewing tobacco is a different business category from snuff tobacco, which is a finer-cut, oral tobacco sold in cans. Swedish Match’s snuff tobacco brands such as Timber Wolf and Longhorn are a larger business for the company.

Red Man — and now America’s Best — is manufactured at a Swedish Match factory in Owensboro, Ky., along with several of the company’s other brands. The new packaging will start replacing the older version at retail stores this month.

Elon Musk said that his planned $44 billion purchase of Twitter is "temporarily on hold" pending details on spam and fake accounts.

GPM Investments, a Richmond-based company that operates one of the country’s largest convenience store chains, is planning to hire 5,000 more …

Musk says he would reverse Twitter's ban of Donald Trump

Tesla CEO Elon Musk said he will reverse Twitter’s ban of former President Donald Trump if his deal to buy the social media company goes through. Musk, speaking virtually at an auto conference, said Twitter’s Trump ban was a “morally bad decision” and “foolish in the extreme.” He said bans of Twitter accounts should be rare and reserved for accounts that are scams or automated bots. Musk earlier gave his support to a new European Union law aimed at protecting social media users from harmful content after he met with the bloc’s single market chief.

Here are some money traps and how to avoid them

Swedish Match has stopped using the Red Man name for a line of chewing tobacco. It is now called America’s Best.

Swedish Match has stopped using the Red Man name for its line of chewing tobacco. It is now called America’s Best.

Swedish Match is changing the name of Red Man chewing tobacco to America’s Best. Above is the old and new packaging for the product.