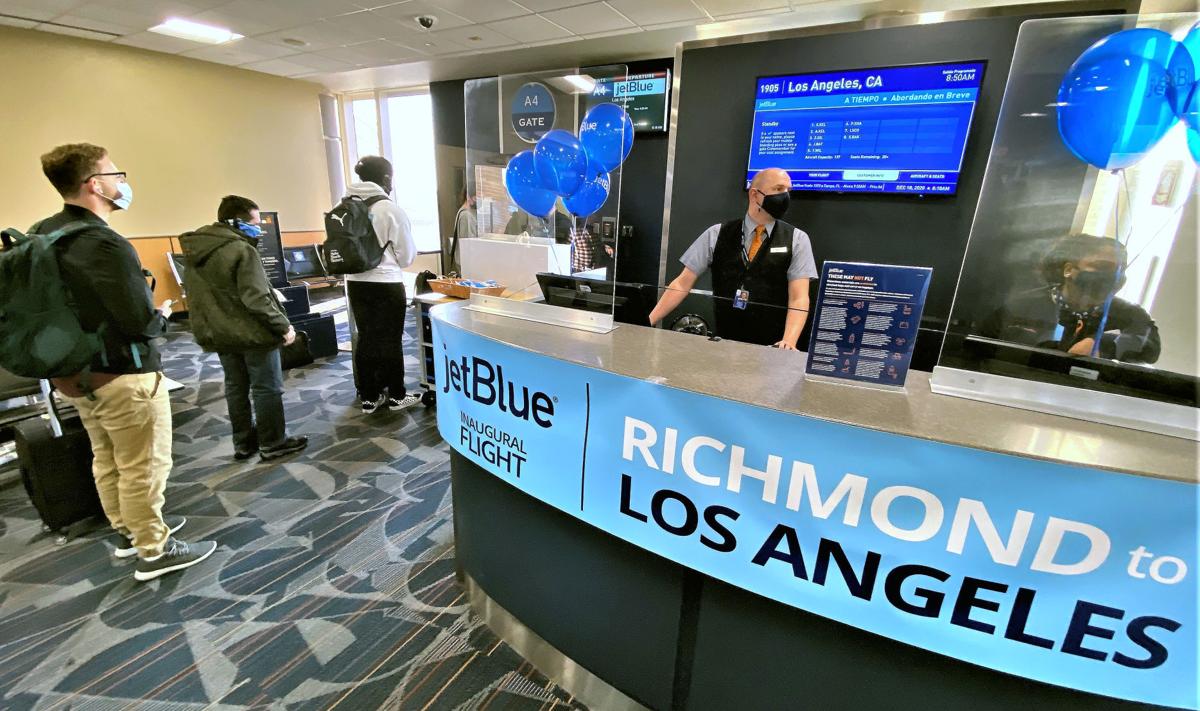 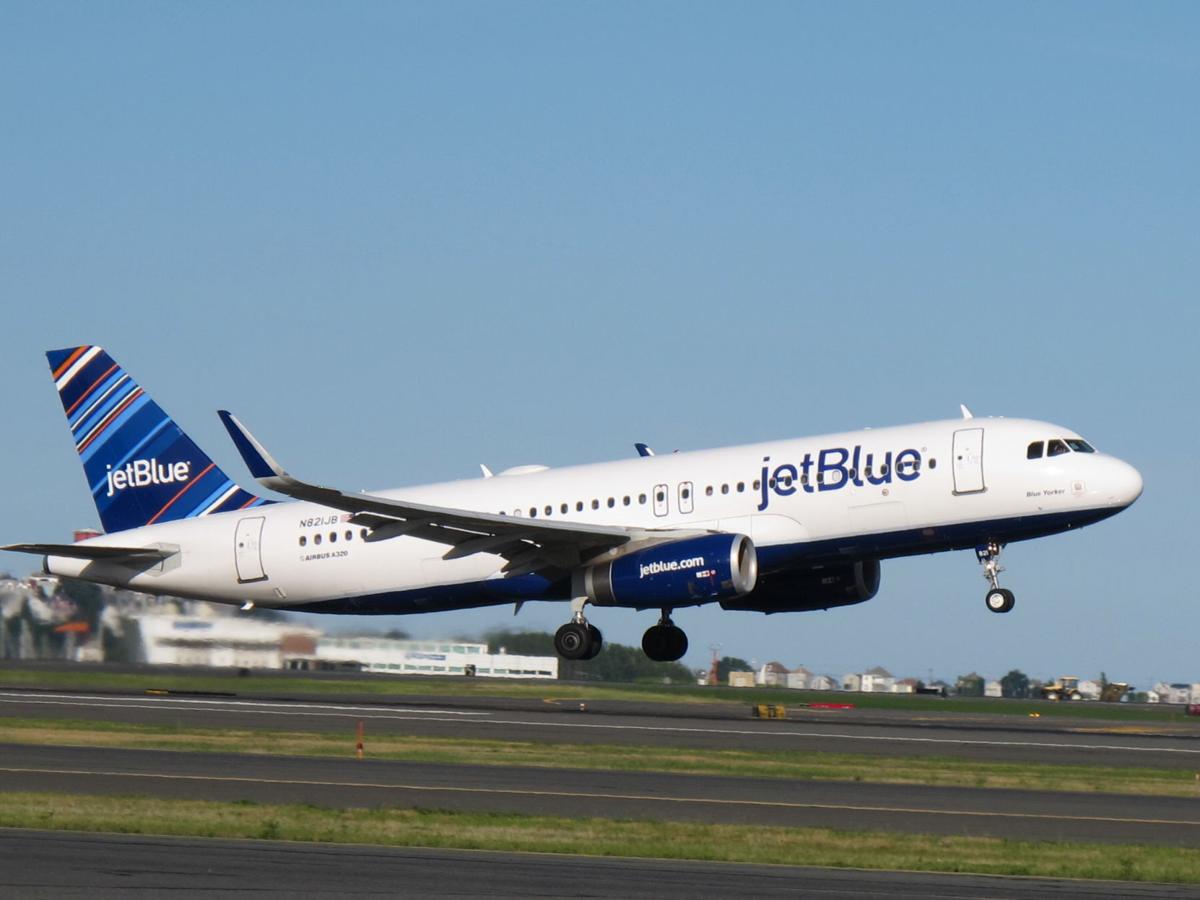 When JetBlue begins offering flights to the West Coast from Richmond, the airline will use the JetBlue Airbus A320. 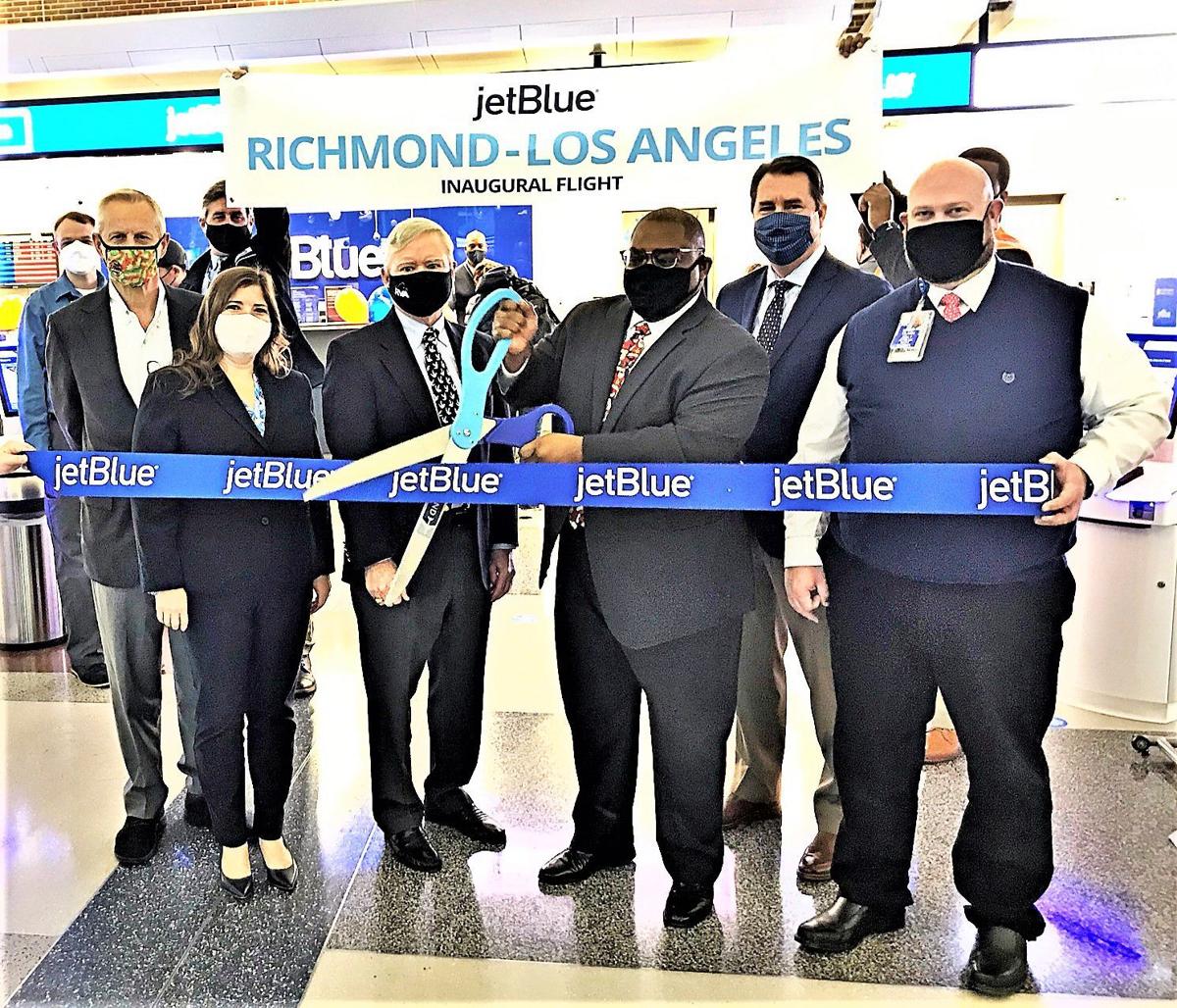 Richmond-area residents looking to take a nonstop flight from Richmond International Airport to Las Vegas or Los Angeles won’t be able to do so after late October.

Though nonstop flights to Los Angeles might be coming back next spring, the service will not be available from late October through April 2022, according to The Points Guy, a website that produces news and stories on the travel industry. It based its information on Cirium aviation data schedules and had it confirmed by the airline.

“During the pandemic, we added new markets to provide service where there was the most demand to help generate cash for operations during a very difficult time,” JetBlue said in a statement. “As our customers return to more expected booking patterns, we will continue to adjust our schedule and add new destinations and routes that ... support our long-term network strategy and grow our focus cities so we can compete with the legacy and ultra-low-cost carriers.”

The nonstop flight to Los Angeles was the first time an airline offered nonstop service to a West Coast destination from the Richmond airport. The airport has tried for at least two decades to get an airline to offer transatlantic service.

But JetBlue’s nonstop flights to Las Vegas and Los Angeles took a pause in April and resumed service in May.

“Since the resumption of flights to both destinations in May, we have observed tremendous passenger traffic between Richmond and Los Angeles and Las Vegas,” she said. “As air travel continues to recover from the pandemic, we anticipate the community’s ability to support longer haul routes to western destinations will get even stronger.”

Los Angeles was Richmond International Airport’s largest destination without nonstop service, with about 82,000 passengers traveling between the two cities in 2019, the airport said. Las Vegas was next, with about 76,000 passengers.

Before the addition, the most westerly flight that had been offered from Richmond was to Denver. United Airlines started that nonstop service in April 2016, and Southwest Airlines added a nonstop daily flight between Richmond and Denver in May.

Brian Anderson, the president and CEO of ChamberRVA, said the nonstop services to Los Angeles and Las Vegas started during a global pandemic when business travel was basically nonexistent.

“I appreciate JetBlue, Breeze and our other aviation partners for including us as they invest in and test the waters of destinations like Richmond,” Anderson said. “Given our rising notoriety, I am confident we will continue to see flights added over the long-haul.”

Air travel at Richmond International Airport is bouncing back from the pandemic. The number of passengers using the airport increased in April from March, but passenger traffic for April is still nearly half of what it was before the pandemic. Traffic had plunged 96.4% in April 2020 compared with April 2019.

“Over the last few months, RIC has taken note of the impressive resiliency and growth of leisure and VFR [visiting friends and relatives] passenger traffic through the facility,” Perry J. Miller, president and CEO of Richmond International Airport, said in a statement. “Moreover, one of market’s core strengths has been a very strong corporate travel component and once this segment is fully re-engaged, the Richmond region will be in a very good position to sustain transcontinental airline service.”

With demand for travel returning, JetBlue said it expects to see a 3% increase in October compared with October 2019. The airline is adding around 40 new routes in the coming months.

“Our capacity growth comes as we increase utilization of our current aircraft and continue to welcome new arrivals to the fleet — including a total of eight Airbus A220s and three Airbus A321LRs by the end of the year,” the airline said.

Capital One Financial Corp. is cutting some remote-work jobs from its Richmond-area operations, even though the company also says it expects t…

A J.Crew Factory store is opening in the Willow Lawn shopping center in mid-August.

Eight years after creating a jewelry and accessories business, Charis Jones is on a roll.

Retailer Pep Boys has stopped selling auto parts and related items at its Richmond-area stores to concentrate on service repairs and tire sales.

When JetBlue begins offering flights to the West Coast from Richmond, the airline will use the JetBlue Airbus A320. 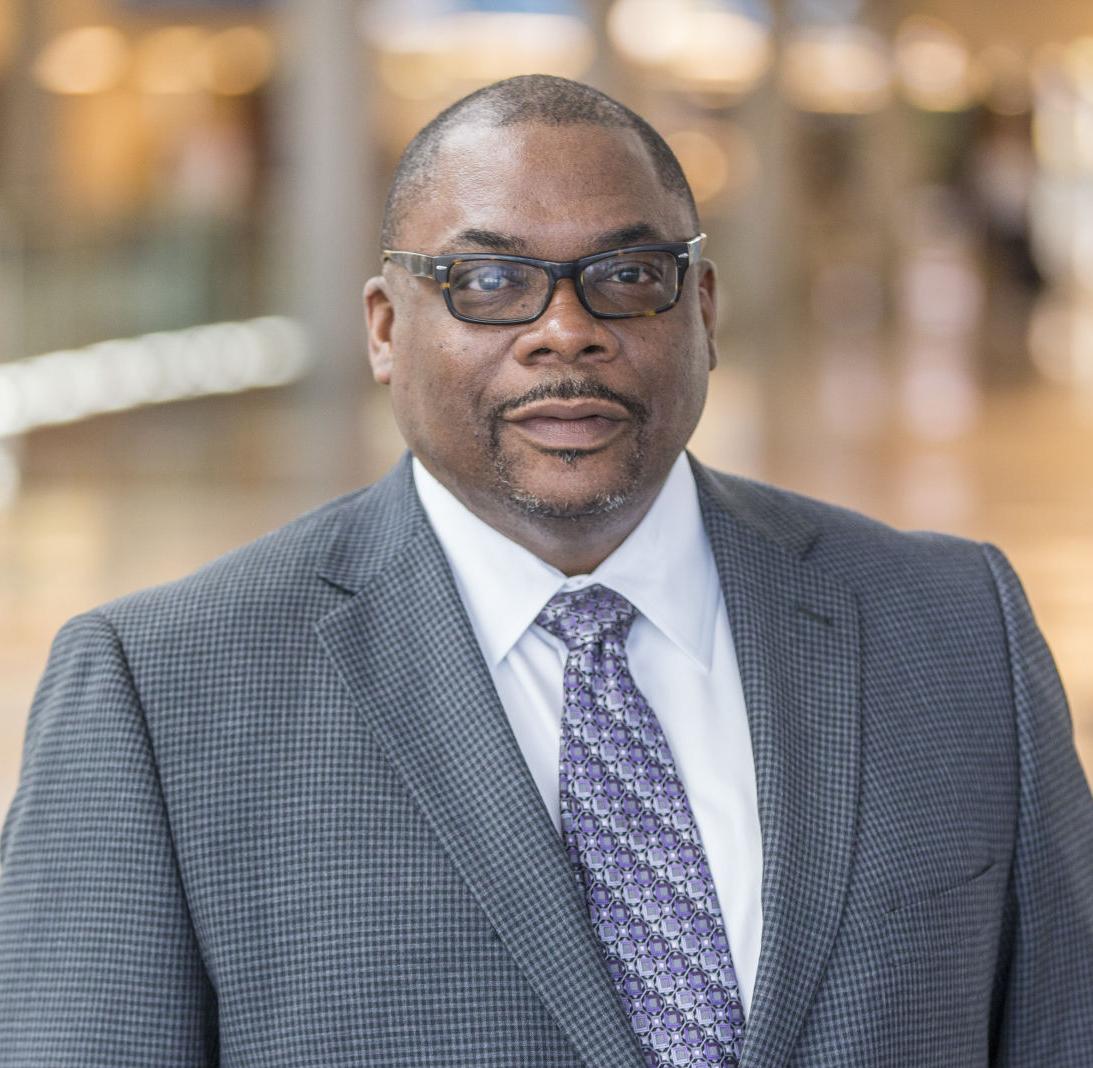