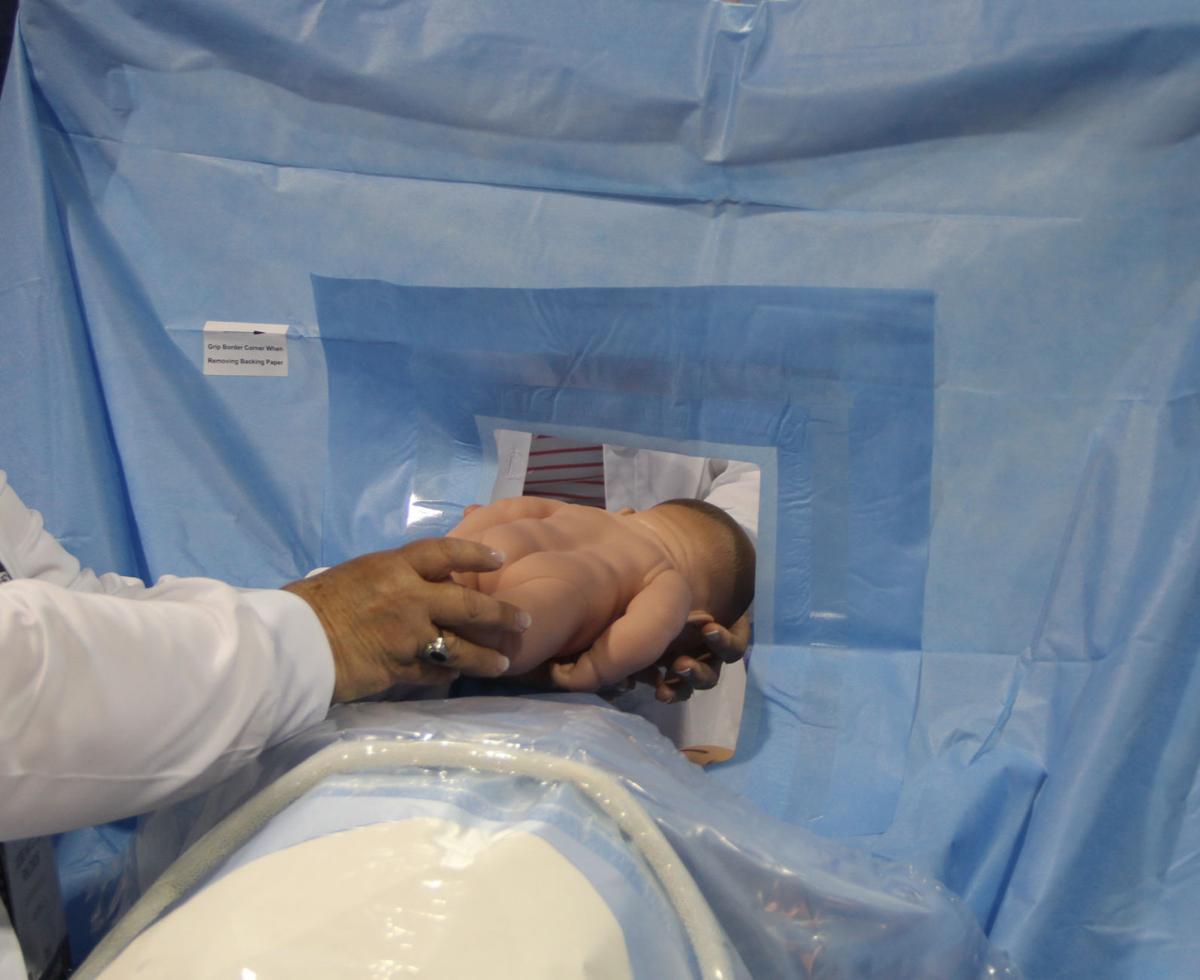 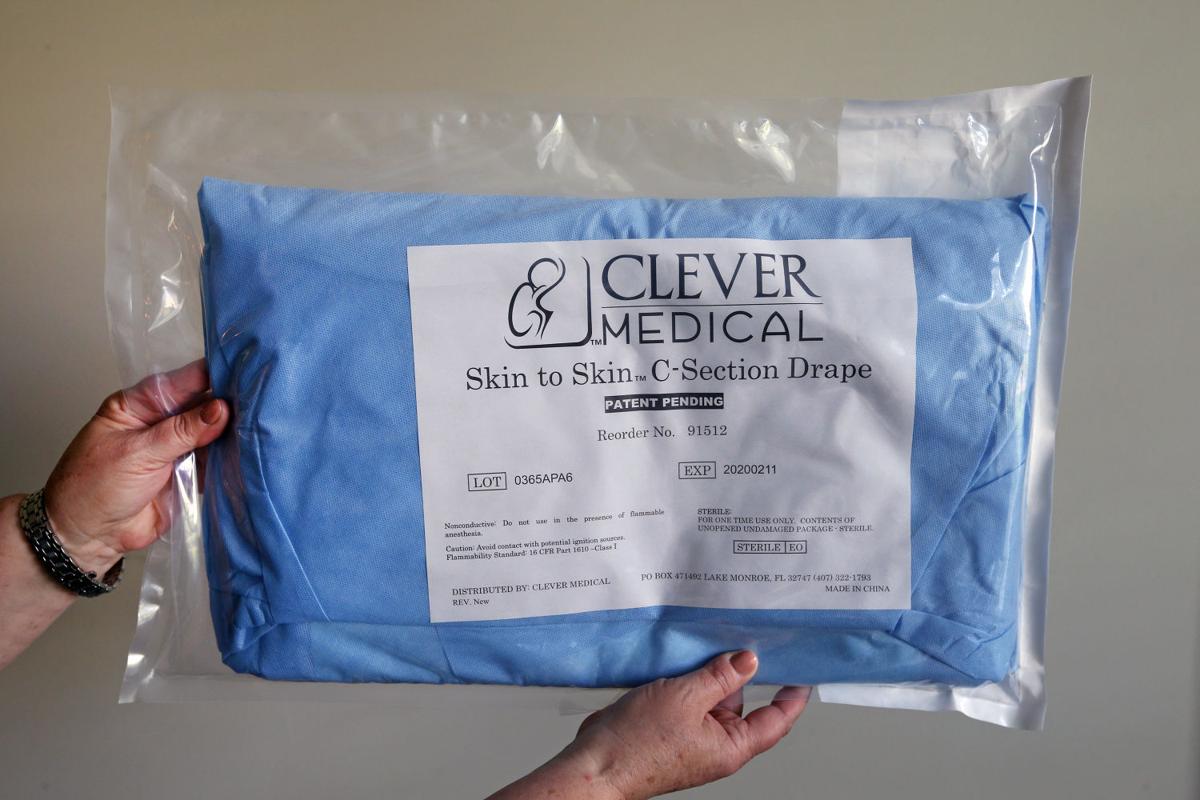 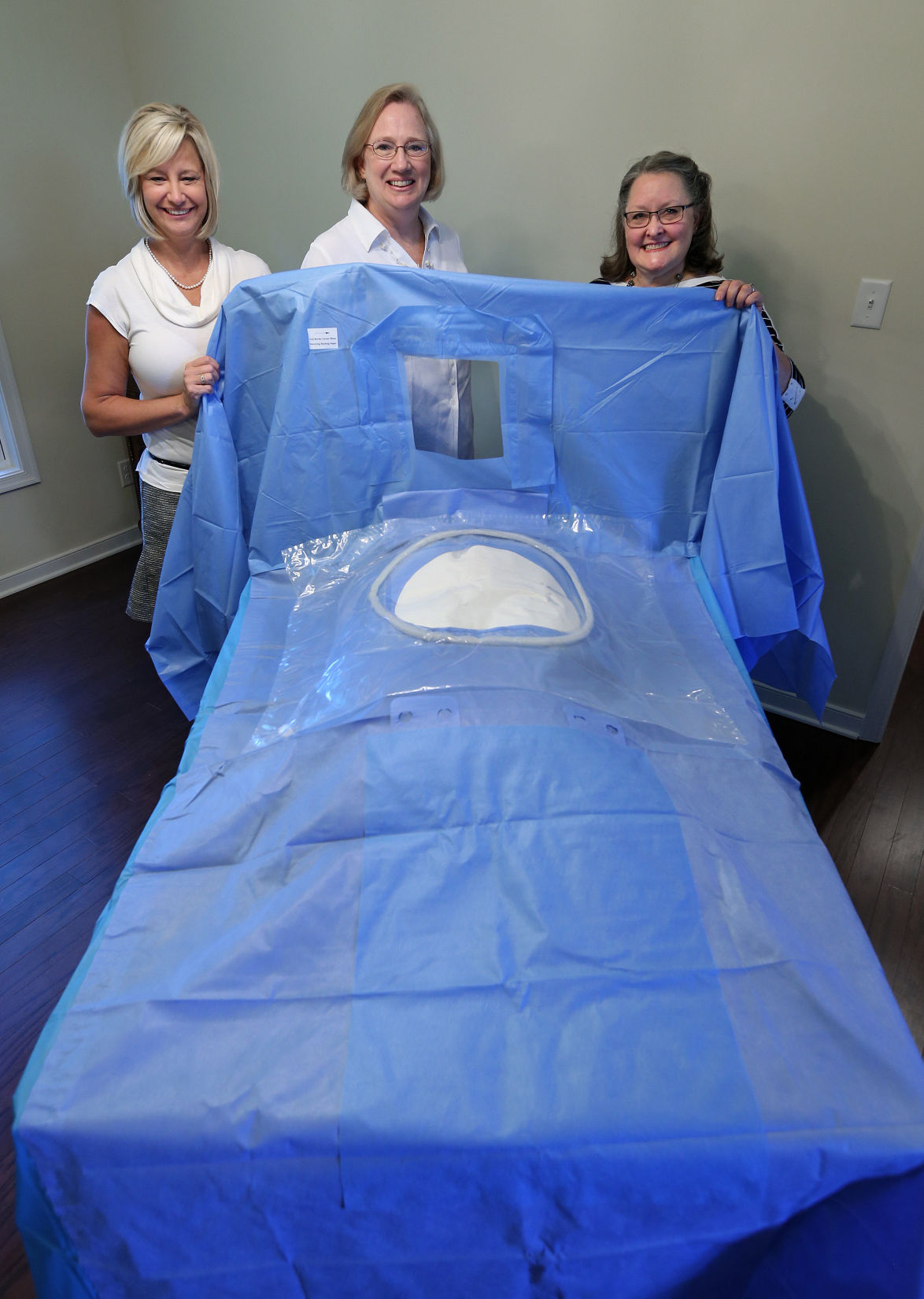 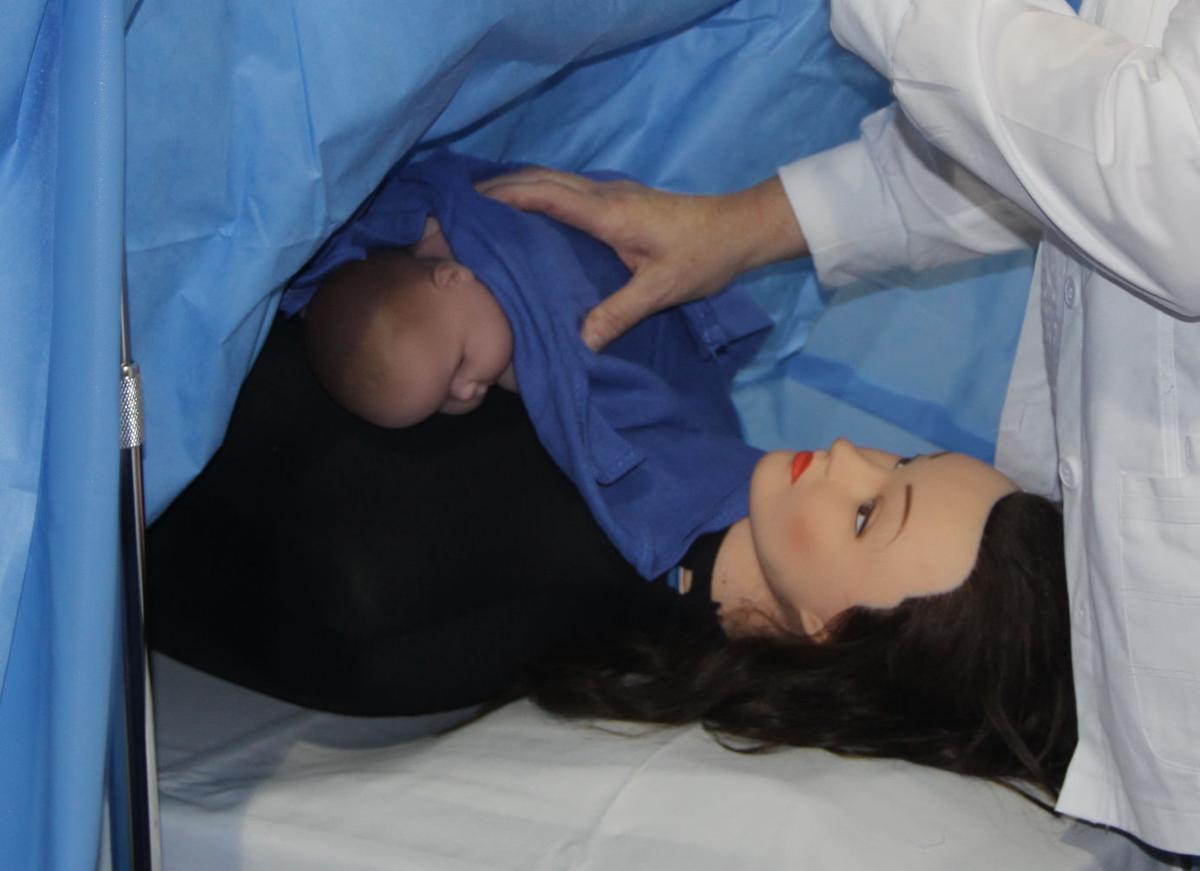 About one-third of births in the United States each year are by cesarean section, and often those moms don’t get to have immediate skin-to-skin contact with their babies.

That didn’t seem fair to registered nurses Kimberly Jarrelle, Deborah Burbic and Jess Niccoli, whose experience in Richmond-area hospital labor-and-delivery units sent them on a quest to do something to change that.

“We were doing skin-to-skin on the vaginal side and seeing how empowering that was to mothers,” Burbic said.

In C-sections, more often than not, women who wanted that experience were told “No, this is a sterile environment. We can’t do that in the operating room,” Burbic said.

In their quest for a solution, the three nurses came up with a novel surgical drape with a sealable flap opening that allows the doctor to pass the baby to the mother.

The three nurses, who collectively have more than 50 years of labor-and-delivery experience, call their invention the Skin to Skin C-Section Drape.

Typically in a C-section, a surgical drape is over the mother, like a curtain, and blocks her view of the baby being born. The baby then is cleaned and often put in a warmer, because the operating rooms are kept cool, before being handed to mom or handed to dad while mom just gets to watch. A new mother may have to wait 5 to 30 minutes after a C-section to hold her baby, Niccoli said.

“When mom gets to hold that baby for the first time on her chest, it is just unbelievable, that experience,” Burbic said. “We were going, ‘How could we make this happen in the operating room?’ ”

In the drape, the flap or portal opens like a window to allow the doctor to pass the baby through. The flap then is closed, maintaining the sterility of the surgical site as the doctor sutures the uterus and incision.

Jarrelle said the nurses started working on a concept about three years ago. Away from work, they would meet for coffee and brainstorm ideas.

“We did a literature search to find the evidence,” Jarrelle said, referring to studies that show benefits of skin-to-skin contact to promoting breastfeeding and regulating the newborn’s breathing and body temperature.

Niccoli, whose background is in surgical nursing, said friends sent her expired surgical drapes, which they used to develop more than a dozen prototypes before they got something workable.

“We used (duct) tape and sewing machines. We took them over to Kim’s house and worked on her dining room table,” Niccoli said.

“We went through about 50 different prototypes,” Jarrelle said. “We’d do it, then we’d send it back to the company we contracted with.”

Surgical drapes are rated by thickness, fluid resistance and other factors, Niccoli said.

“The ratings are one to four, one being the least. Our drape is four, the strongest on all the areas that are flat. Then the part that goes up between anesthesia has a rating of a three, because you don’t need quite as heavy a barrier,” Niccoli said.

Once they developed their idea, they hired a lawyer to research patents.

“No one has developed something like this. There is a clear drape out there that they lower the blue part of the drape down,” so a mother can see the baby, Burbic said.

Jarrelle added: “One of the neat things, too, you can say ‘Look mom, look at your baby coming through that portal.’ She can see and actually be a part of it.”

The nurses call their company Clever Medical, and they have introduced the product at the national conference of the Association of Women’s Health, Obstetric and Neonatal Nurses where they made contact with three hospitals that agreed to test the drape.

The three nurses and two other investors put up funding for development and production.

“We took it all the way through every little loophole we could think, to make sure we did it right,” Jarrelle said.

Uptake has been slow.

“Any new product that comes to the hospital, everybody is always leery at first,” Burbic said. “It’s a slow process.”

One barrier to broader distribution is that they are a single-product company, she said.

On their side is chatter in the obstetrics field about the so-called “gentle cesarean,” a family-centered approach in which the baby goes immediately to mom.

“It’s great that these nurses invented that, because it does away with one more concern,” said Mary Anne L. Graf of the consulting firm Health Care Innovations. Graf, based in Richmond, writes and lectures about trends that affect health care services for women and children.

“The (operating room) has always been a place where we try very hard to make sure we had complete sterility. The OR has not been a place that has adapted to the kinds of things that we routinely do during vaginal births. There are still barriers in some hospitals to dads being able to be in the OR with the mother,” Graf said.

“The baby is handed to mom immediately, and the gown has been strategically arranged on her and all the anesthesia equipment has been poised so that the baby can be placed on the mom’s chest. Skin to skin is initiated, quite frankly, very easily within seconds of the baby being born,” said Isaacs, an associate professor and director of the General Obstetrics and Gynecology Division at VCU.

“While I as an obstetrician would continue and complete the surgery and safely care for mom, the nursing team, rather than assessing the baby in the warmer at a distance, is assessing baby as we would normally for a vaginal delivery on skin-to-skin. If at any point for the mom or the baby’s well-being this has to be interrupted we will, but what happens more often than not, mothers snuggle and bond with the baby,” Isaacs said.

Isaacs said they take precautions to maintain the sterile surgical setting. Depending on the situation, she might hand the baby to a nurse who places the baby on mom’s chest.

“I have done C-sections where I have delivered the baby and handed the baby straight to mom and changed my gloves to re-initiate the sterile field. There are varying techniques on how this can be performed. The highest priority is maintaining the surgical integrity, and the mom and baby’s well-being. The sterile field can be safely preserved, and this process happens very smoothly,” Isaacs said.

Jarrelle, Burbic and Niccoli see their drape having the potential for wide appeal.

“Women today want their birth the way they want it,” Burbic said. “A C-section is a bump in the road for some people.

“For some reason, they cannot have a baby vaginally. They have to have a C-section and they get all down in the dumps, because they know that this big drape comes up, they don’t get to see their baby being born like a vaginal delivery. … This is one way we can break that barrier.”

WHY YOU KNOW THEM: Richmond-area registered nurses Kimberly Jarrelle, Deborah Burbic and Jess Niccoli developed a surgical drape for use durin…

Check out the Top 10 most-read business stories on Richmond.com this year.