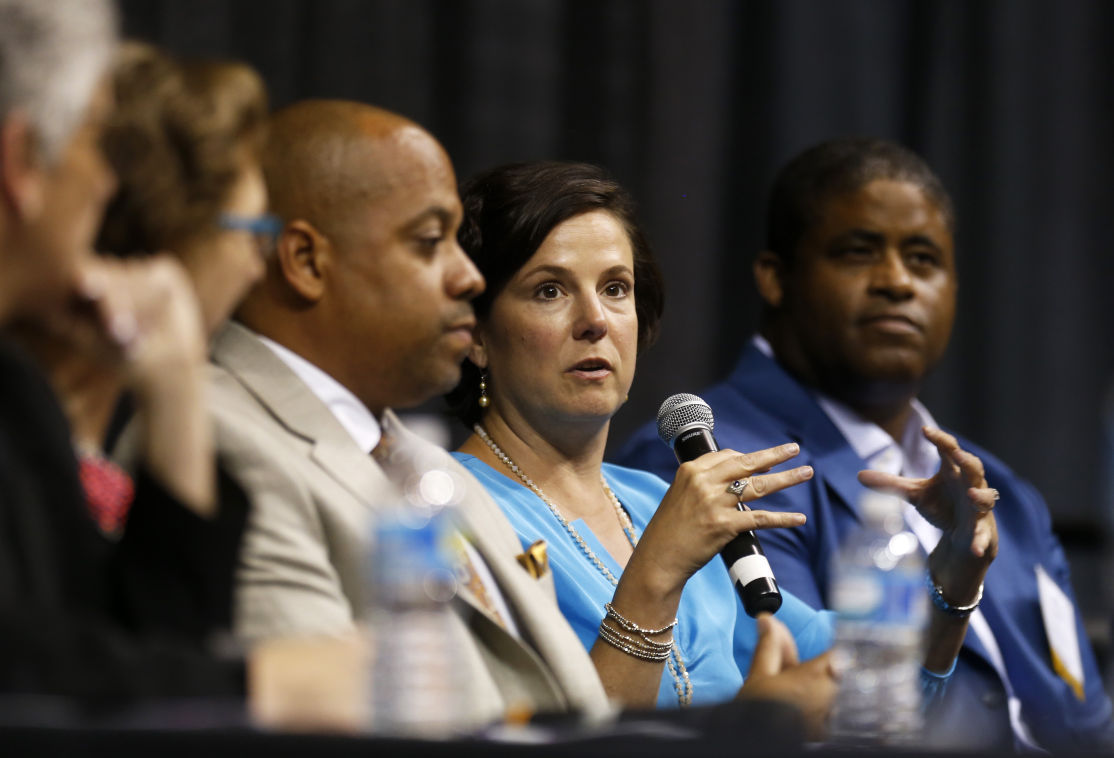 Carter Reid, senior vice president and chief administrative and compliance officer for Dominion Resources, said the Richmond company made a commitment several years ago to find jobs for veterans. 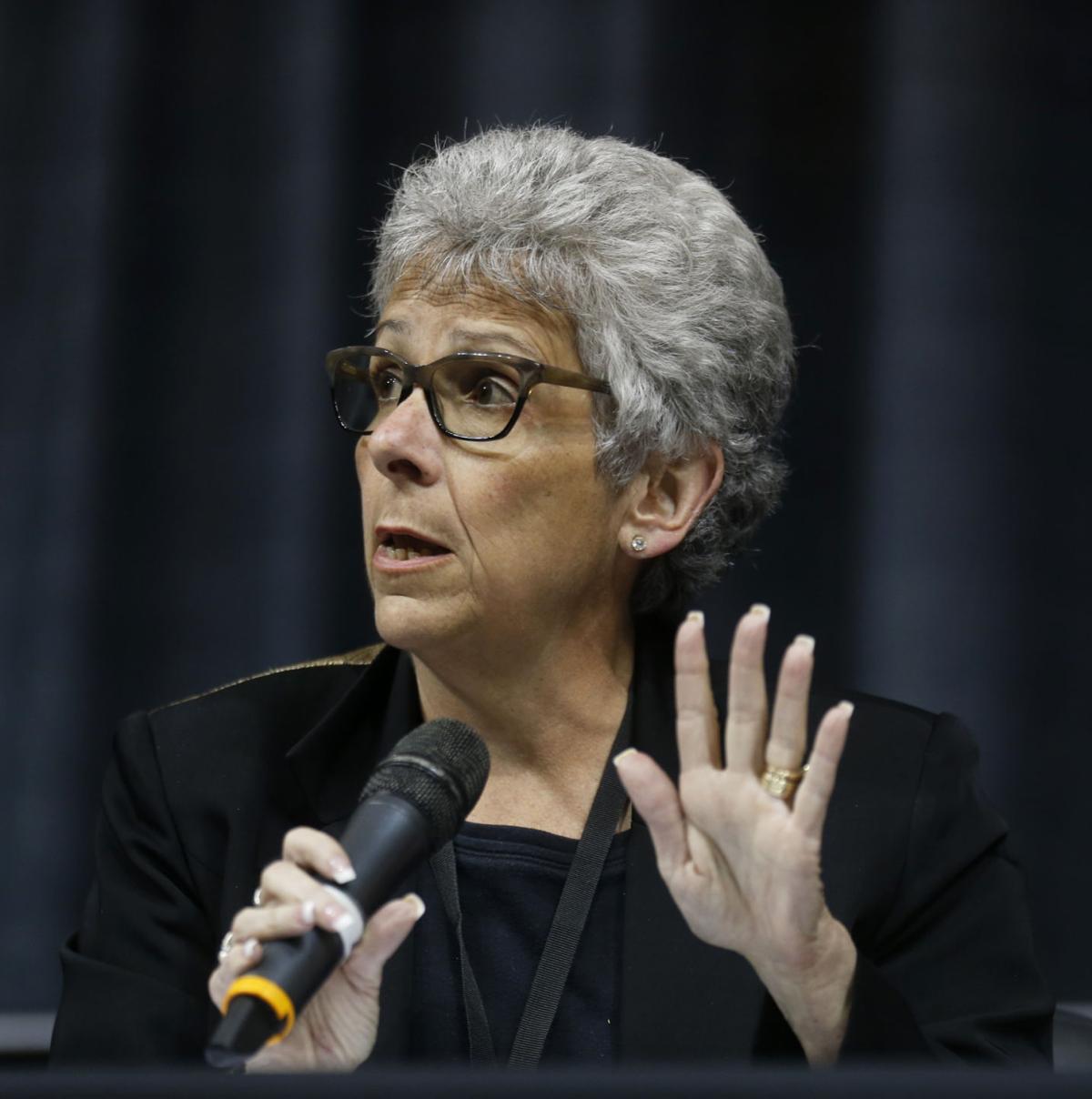 Nancy Rodrigues secretary of administration of Commonwealth of Virginia talks at the panel discussion on diversity in the workplace hosted by the Richmond Society For Human Resources Management on Wednesday July 13, 2016.

Last week, in the wake of a series of deadly and racially charged shootings across the country, Starbucks executive Tony Byers sent a letter to some of his colleagues.

The letter, which Byers read Wednesday at a meeting of hundreds of Richmond-area human resources professionals, emphasized the need for business leaders to take concrete and positive actions as a response to the violence.

“Acknowledging the loss of life in each city and the need for us to come together for a more humane and just society is needed,” Byers said.

He said there are really only two sides to the issue: “What is right and what protects human life and development, and what impedes it.”

The letter set the tone for the opening day of CommUnity, a symposium on diversity and inclusion held by the Greater Richmond Society for Human Resources Management and Virginia Commonwealth University.

About 285 people are attending the two-day meeting at the Stuart C. Siegel Center in Richmond, most of them representing human resources departments for a variety of organizations.

Byers, the opening keynote speaker, leads diversity and inclusion programs for Starbucks, a global chain of coffee retail stores with 300,000 employees. He urged the human resources professionals to think of diversity and inclusion as a strength that can promote innovation, creativity and profitability, and to look for tangible ways to promote it.

“The action piece is where we have been missing,” Byers said.

Not every effort works, he said. Starbucks itself faced ridicule in early 2015 over its “Race Together” campaign, in which baristas at its coffee shops were supposed to try to spark conversations with customers about racial issues and diversity.

Later in 2015, it partnered with 33 other companies to create the “100K initiative,” in which the companies committed to hire 100,000 disadvantaged young people ages 16 to 24 from across the country.

A panel of six Richmond-area business, health care and state government leaders also described ways Wednesday in which their organizations are trying to promote diversity and inclusion in the workplace.

Ken Ampy, chief executive officer of Astyra Corp. — a minority-owned staffing and consulting company based in Richmond — said that a few years ago his company was voted by what is now ChamberRVA as the best place to work for young professionals in the Richmond area.

“Certainly we have seen that diversity and inclusion drives the things we do in our business in terms of bringing new ideas to us.”

“Twenty percent of our new hires last year were veterans,” Reid said. “It really showed us what we could accomplish when we focus on a topic. So we have had a razor-sharp focus on diversity the last couple of years.”

Carter Reid, senior vice president and chief administrative and compliance officer for Dominion Resources, said the Richmond company made a commitment several years ago to find jobs for veterans.

Nancy Rodrigues secretary of administration of Commonwealth of Virginia talks at the panel discussion on diversity in the workplace hosted by the Richmond Society For Human Resources Management on Wednesday July 13, 2016. 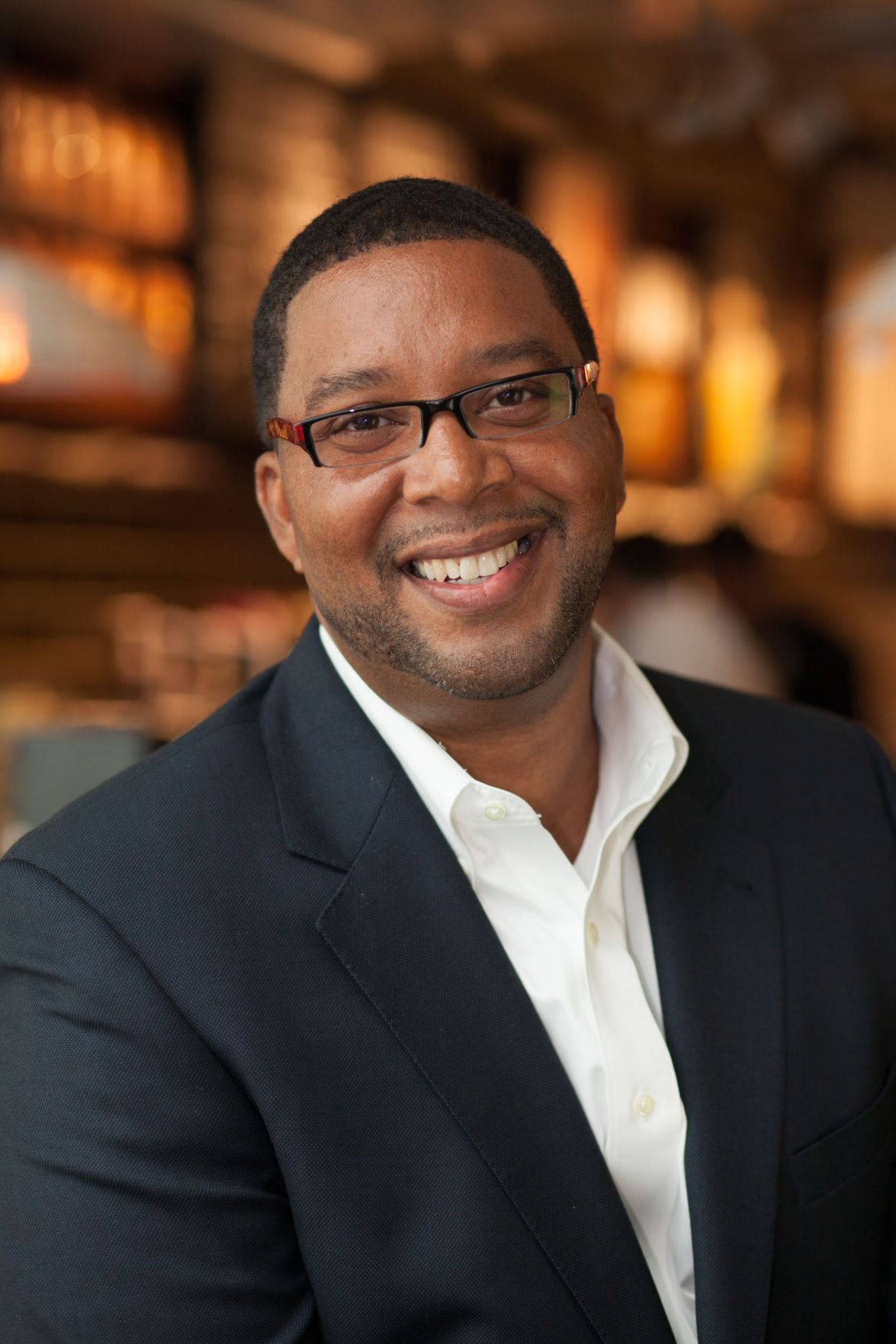