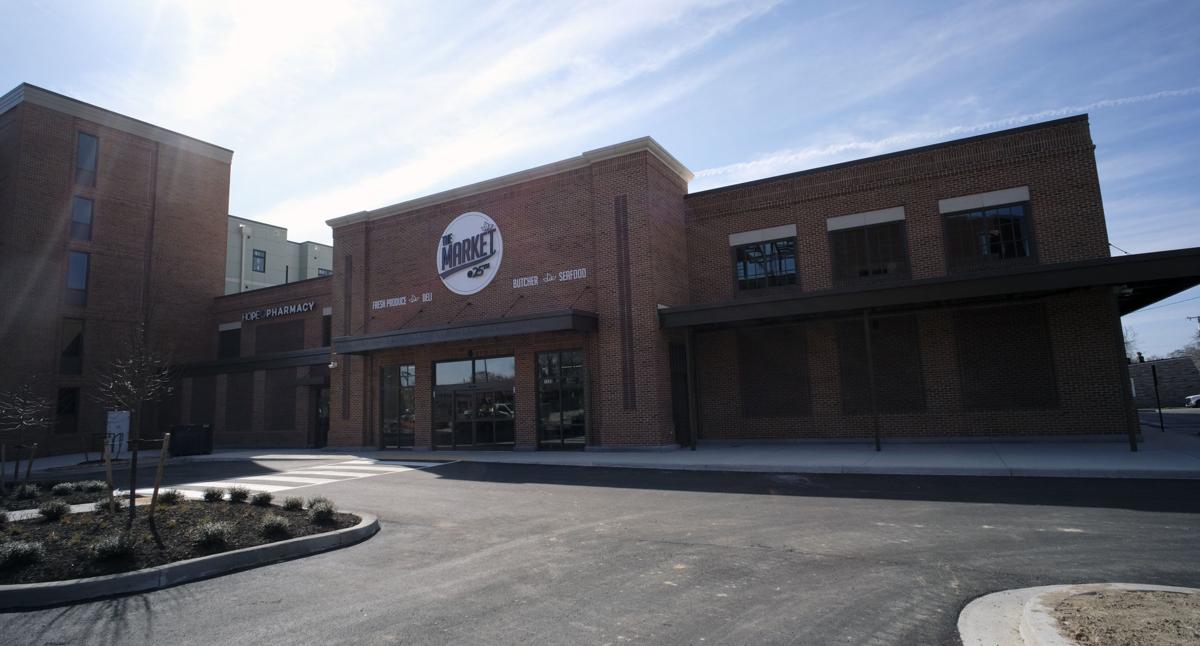 The Market @ 25th, at 25th and Fairmount Avenue in Church Hill. 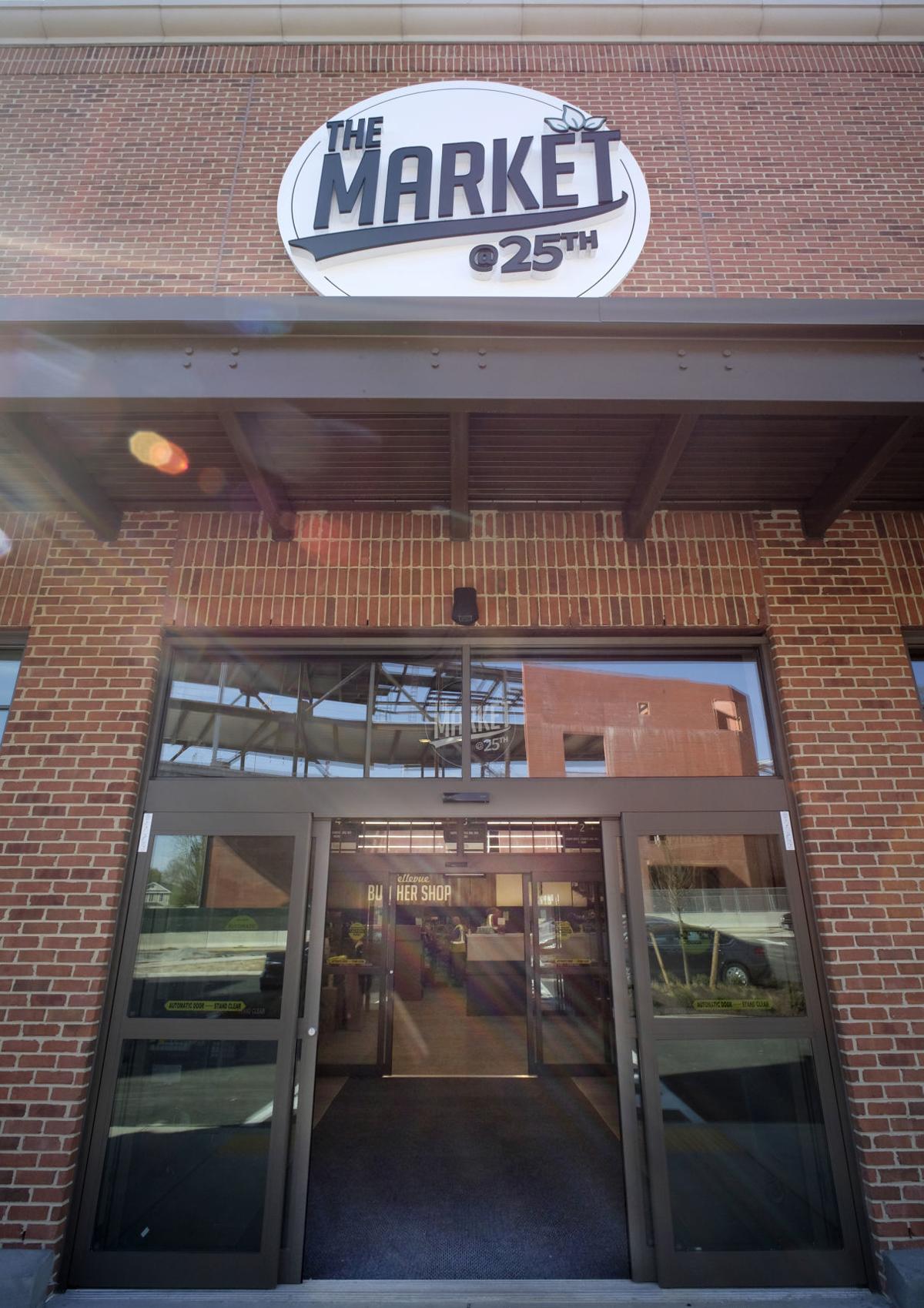 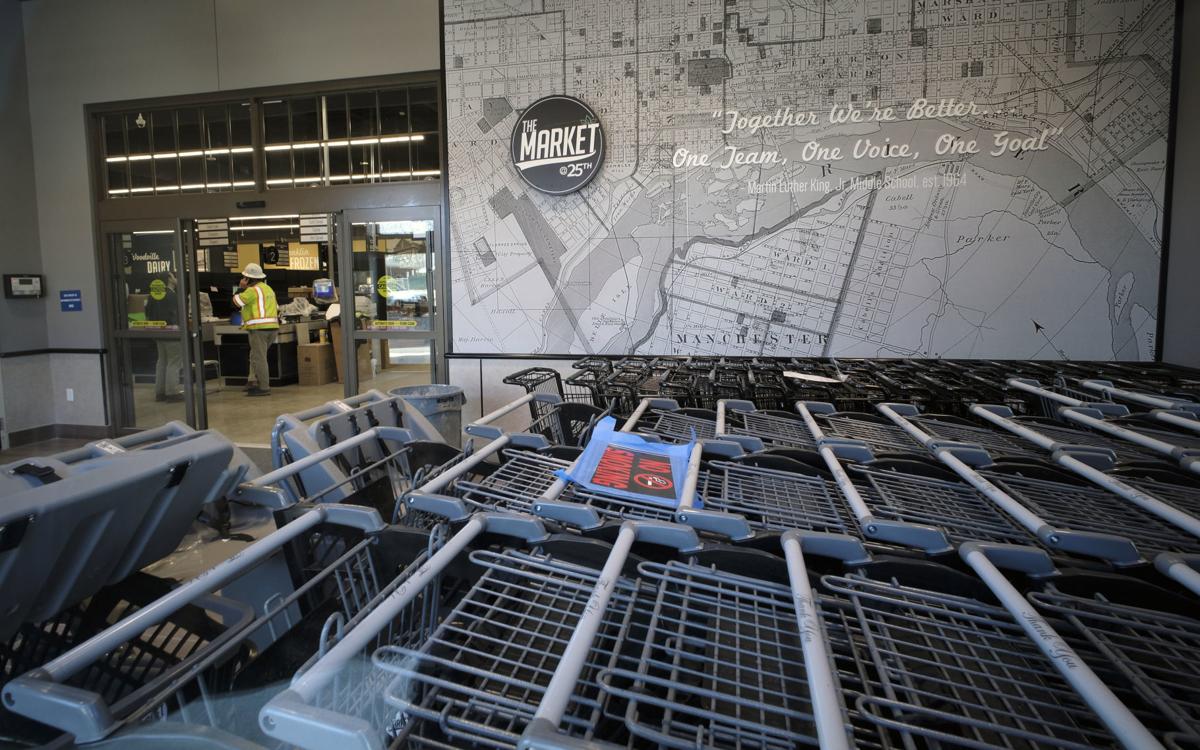 The Market @ 25, a grocery store set to open this month in Church Hill, will include a pharmacy, a deli and a coffee bar.

By the end of the month, the Church Hill area of Richmond will have a new, full-service grocery store when The Market @ 25 opens at 25th Street and Fairmount Avenue.

But a grocery store won’t by itself solve the larger issue of food insecurity, according to food justice and public health advocates Monday at a town hall-type meeting in which U.S. Sen. Mark Warner, D-Va., talked about the Healthy Food Access for All Americans Act.

“This is about economics,” said Bishop Darryl Husband of Mount Olivet Church in Richmond’s East End.

“Grocery stores come into the community because they want to make money. They cannot make money in impoverished areas. ... The first [discussion] we had about a grocery store coming into Church Hill was 25 years ago. It’s taken 25 years for that to manifest. And it’s manifesting after gentrification. That’s a problem,” Husband said.

About 70 people showed up Monday for the meeting at Peter Paul Development Center. Warner said the original plan was to have 15 to 20 people for a roundtable discussion but the turnout showed the level of interest. Husband said many in attendance learned of the meeting only late Friday.

The bipartisan Healthy Food Access for All Americans Act would provide tax credits and grants to organizations and companies increasing access to healthy food in underserved urban and rural areas.

“What we’ve tried to do with this legislation is to say, can the federal government help? So we said if you are building a new grocery store that will provide healthy food ... we will provide a 15 percent grant in terms of capital expenditure to help that store get constructed,” Warner said.

Mobile food pantries and new food banks would also be eligible for grants. Food trucks are also in the mix.

“The whole notion that if we can’t build a large facility, can we move the healthy food to where the community is located, I think makes an enormous amount of sense,” Warner said.

Renada Lewis of a program called Healthy Hearts Plus II said food trucks have changed over time but they are not a new concept.

“I can remember ... the farmers coming on Saturday morning with their little scale on the back of the truck and the vegetables, bringing them to our community,” said Lewis, who said she grew up in Church Hill.

The Healthy Food Access for All Americans Act failed when it was introduced in 2017. It was reintroduced in March 2019. Warner and U.S. Rep. Donald McEachin, D-4th, are among the sponsors. McEachin was scheduled to be at Monday’s forum but did not attend.

Omari Kadaffi Guevara of the Richmond Food Justice Alliance, Elizabeth Theriault of the Richmond City Health District and other speakers urged Warner to make grants and other funding available to smaller groups that are doing work directly in the community and not just grocery store operators.

“I’m a little bothered by the farmers market piece having to be a 501(c)3 [nonprofit] which doesn’t really address the social enterprise aspects and the economic inequities that drive low food access,” Guevara said.

Theriault said making grants available to someone building a grocery store benefits people who already have a capital advantage. She said she’s visited places around the country that built grocery stores to address food deserts and often what happens is those areas start to gentrify if that hasn’t already happened.

“Ultimately we are going to see the biggest difference with food access is when we start addressing the economic situation for the people most impacted,” Theriault said.

Warner said he heard their concerns.

The Market @ 25th grand opening is scheduled for April 29, with a soft opening a few days before that, said Norm Gold, the new store’s developer and operator.

The 27,000-square-foot grocery store is part of a mixed-used development financially backed by businessman and philanthropist Steve Markel and his wife, Kathie. The development also includes apartments, which are expected to open for tenants May 1, and other retail spaces. The market will have a pharmacy, deli, coffee bar and other supermarket features.

“I came from the food banking world, so food insecurity is something I am very well aware of,” Gold said.

“We are definitely going to increase food access, and we are going to have it accessible and affordable more than anything else out here. I think that will help. It will be one step forward,” he said.

When CarMax announced two years ago that it was taking over space in the Sauer Center development off West Broad Street, the automotive retail…

Labor Law: Employees are exhausted and burnt out – and so are employers.

Employees are exhausted and burnt out — and so are employers.

New legislation co-sponsored in Congress by Rep. Abigail Spanberger, D-7th, would direct the federal government to create a national strategic…

Getting to know: Jennifer Boyle

Title: President and CEO of Junior Achievement of Central Virginia, which promotes work readiness, entrepreneurship and financial literacy to …

The Market @ 25th, at 25th and Fairmount Avenue in Church Hill.

The Market @ 25, a grocery store set to open this month in Church Hill, will include a pharmacy, a deli and a coffee bar.