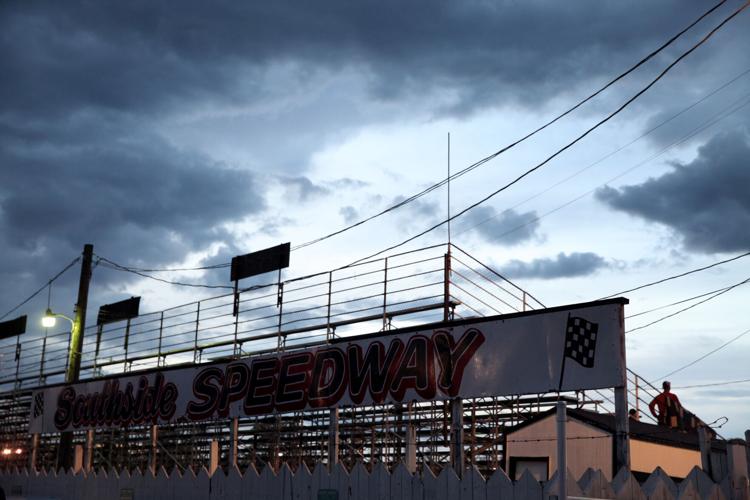 Storm clouds passed by Southside Speedway in Midlothian on April 17, 2015. 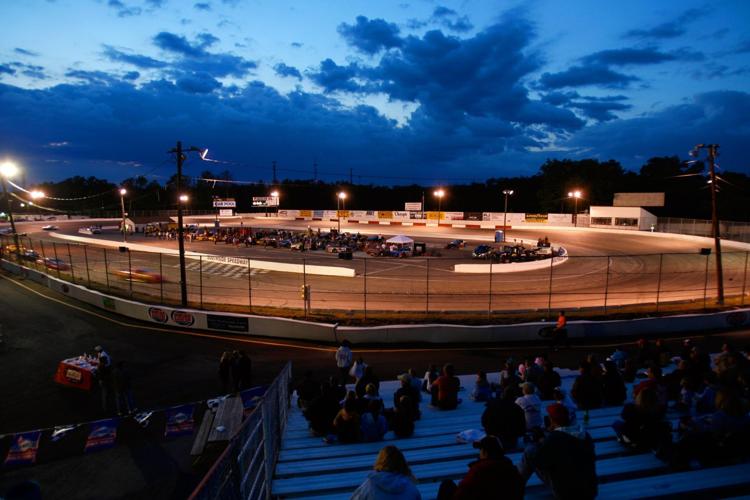 The one-third mile oval stock car track known as “the toughest short track in the South” has been closed since 2019 when the owners closed it due to financial problems. The possibility of now losing the track permanently to developers has become a hot issue for fans and drivers in the area who are now trying to save it.

The report from consultant Martyn Thake of Motorsports Consulting Services comes as the county is preparing to redevelop the area around Southside Speedway. The Genito/288 Special Focus Area Plan is looking to bring entertainment, hospitality and retail to complement the nearby River City Sportsplex. Chesterfield is preparing to launch a “request for qualifications” that would vet possible developers before taking proposals for the site.

“It is prudent for us to consider the existing condition of the racetrack as we think of the next logical step,” said County Administrator Joe Casey. “That will enable many potential partners to rise, including some with racetrack proposals, hopefully.”

The conclusion of the report reads “the entire facility needs significant repair and or replacement to create a speedway with the safety elements needed.”

He recommended that the track surface be milled down to at least the subsurface, if not entirely replaced depending on the condition of the subsurface underneath. Thake also reported that nearly all of the outbuildings should be replaced, having been completely exposed to the weather. Safety elements like inside and outside barriers for the track were also recommended to be replaced.

He told supervisors that a complete rebuild would cost between $10 million and $15 million.

The draft plan for the 659-acre Genito/288 area calls for land uses to accommodate the growing River City Sports Complex. One concept called for destination retail, a hotel site, an indoor sports facility, a green space and some type of sports, recreation or racing on the site of the current speedway.

The preferred uses for the speedway site were listed as attractions like a sports stadium, entertainment venue, auto racing museum, public plaza or a possible revamped racing facility.

Several speakers told the Chesterfield County Board of Supervisors about the history of the speedway and how important it was for the county to keep it, as an icon and an integral piece of the business community that has built up around it.

One proposal to redevelop the speedway was submitted to the county earlier. That bidder remains unidentified. The county administrator said that “unsolicited” bid was closed with “mutual recognition” of high costs from inflation and supply chain issues.

Inside the fight to save Southside Speedway, whose fate remains uncertain

The next Planning Commission meeting will be on Aug. 16 at 3 p.m.

“The hardest thing to do is to make this thing work,” O’Neill said. “It’s going to take a little bit from everybody. We’re going to get a group and we need to make this happen. Too many people want it so we have to make it happen. “

He showed up to the meeting with a stack of 10,000 signatures from people wanting to keep the speedway.

Southside Speedway was purchased in 2021 by the county’s Economic Development Authority for $4.5 million from a multifamily developer who was looking to turn the spot into apartments.

With an impending “request for qualifications” process to invite developers for vetting, the board put responsibility for the racetrack’s future to the local group.

“If 10,000 people want this then you all got to know the right people somewhere that can put a proposal together once we advertise it,” said Kevin Carroll, Matoaca District supervisor. “Someone has to do it.”

“It’s hard to save Southside if we don’t have a proposal on the table from the group,” said Jim Ingle, the Bermuda District supervisor. “I advise you all to work together to put something together through this process so we can truly consider it.”

'CHRISTMAS ON THE ROCKS'

VIRGINIA OPERA: 'THE PIRATES OF PENZANCE'

In a survey from the county on what residents would like for the site to be used for, about 40% said to keep the Speedway while 46% asked for it to be used for parks, recreation and entertainment use.

Inflation raises the price for the average Thanksgiving feast 16.1% in Virginia

Inflation is going to impact the holiday dinner table with the price for a Thanksgiving meal rising for the third consecutive year.

A proposed mixed-used development in Chesterfield’s Clover Hill District is set for a vote from the Board of Supervisors next month.

Storm clouds passed by Southside Speedway in Midlothian on April 17, 2015.