The regional Public Service Journalism teams will assist reporters in local markets with access to public records, track taxpayer money and government spending, examine data related to health, crime and safety issues, and serve as watchdogs for communities across the country. In their previous reporting roles both inside Lee newsrooms and in other news markets, these team members’ work has helped free the innocent, put the guilty behind bars and change laws.

Lead reporter Patrick Wilson: Member of the Richmond Times-Dispatch state politics team since 2017. Previously worked at The Virginian-Pilot, the Winston-Salem Journal and the Potomac News in Northern Virginia. Michigan native and graduate of Michigan State University with a journalism degree. Was a member of the ProPublica Local Reporting Network and reported on the influence of Virginia’s largest electric utility on state energy law in 2020, a project that resulted in a first-place award for investigative reporting from the Virginia Press Association. Awarded the Virginia Coalition for Open Government’s FOI Media Award for his use of public records that showed a former state lieutenant governor helped create a job for himself at a public university where he had been on the governing board.

Alison Burdo: A reporter for The Press of Atlantic City and a Local Reporting Network fellow with ProPublica, where her investigative work over the past 10 months has focused on the casino industry and its impact on the local community. Before joining the South Jersey news organization, she supported the launch of the nonprofit Philadelphia Center for Gun Violence Reporting. Previously, she was a digital journalist with the Philadelphia Business Journal, where her ongoing news coverage of the city's soda tax earned a Keystone Press Award, and NBC10 in Philadelphia, where she was part of the reporting team that earned an Edward R. Murrow Regional Award. Her reporting also has appeared in The Philadelphia Inquirer, WHYY’s Billy Penn, Green Philly, Crain’s Chicago Business and WTTW’s “Chicago Tonight.”

Virginia Annable: Virginia Annable joins the East Public Service Journalism Team from the Hickory Daily Record in Catawba County, N.C. She has covered local news, business and government in western North Carolina for five years. In her time at the Daily Record, Annable has worked on several statewide projects, including efforts with the North Carolina News Collaborative focused on growth and business. Her project on North Carolina’s economic recovery from COVID-19 was selected for a grant from the Pulitzer Center on Crisis Reporting. Annable’s data-driven reporting work includes a deep dive into COVID-19 vaccine distribution and an investigation into life expectancy in various North Carolina localities. Annable also has worked at the Lenoir News-Topic in Caldwell County, N.C. She earned a bachelor’s degree in journalism from the University of Florida in Gainesville, where, during the 2016 presidential election, she reported for Electionland, a collaboration with ProPublica that focused on investigating instances of voter fraud and suppression.

Hayleigh Colombo: Hayleigh Colombo is a journalist based in Columbus, Ohio, who specializes in public affairs reporting. Since 2019, she's served as a reporter for Columbus Business First, covering workforce issues, education and diversity. Previously, Colombo was a reporter at Indianapolis Business Journal covering city affairs, including issues of poverty and inequality. Hayleigh served as a K-12 education reporter for the nonprofit online news platform Chalkbeat Indiana. She also worked as a business and higher education reporter for the Lafayette Journal & Courier in Indiana. Hayleigh graduated from Butler University in 2012 with bachelor’s degrees in journalism and political science. She currently serves as president of the Society of Professional Journalists' Central Ohio Pro chapter.

Lead reporter Lauren Cross: Lauren joined Lee Enterprises in 2016 as a cops/breaking news reporter on the Northwest Indiana public safety team, immediately distinguishing herself as a prolific, high-analytic reporter driving some of the highest user and page view numbers at one of the Lee’s busiest breaking news markets. Lauren quickly evolved into a high-impact investigative reporter, covering Northwest Indiana’s urban core and shining a light on problems plaguing underserved communities. She won top national awards from Investigative Reporters and Editors and the national Society of Professional Journalists for her investigative work uncovering and exposing public corruption that led to a major lead contamination and poisoning issue in East Chicago, Indiana. In 2020, Lauren became the Midwest special projects reporter, helping to guide award-winning investigations of police diversity issues in the Midwest in the midst of widespread civil unrest and rioting. For the past year, Lauren has been the top editor at the Southern Illinoisan in Carbondale and now rejoins the investigative reporting ranks where she’s found so much success.

Molly Parker: Veteran investigative projects reporter at the Southern Illinoisan since 2014. Working on second ProPublica investigative reporting fellowship. Molly has specialized in putting a spotlight on injustices involving children, families and the mentally disabled, including a recently published investigation detailing a systemic pattern of abuse at an Illinois-state run inpatient facility.

Analisa Trofimuk: Previously a projects/investigative reporter for the Bloomington Pantagraph, and most recently an investigative reporter and researcher for the Pulitzer Prize-winning Better Government Association in Chicago. Analisa is completing the final stages of her master’s degree in data journalism from DePaul and rejoined Lee’s Midwest team as a data specialist. Analisa already has been coaching and leading data initiatives in newsrooms across the Midwest in her first weeks on the job, including major work on the “What’s Killing Our Regions?” project and the childhood obesity initiative.

Karen Robinson-Jacobs: Most recently a Report for America fellow at the St. Louis American with past reporting and editing positions at the Dallas Morning News, Los Angeles Times and Milwaukee Journal-Sentinel. Expert at putting a white-hot spotlight on investigations surrounding racial injustice and diversity. Karen is already diving in on a major data probe of police diversity, inequity and accountability issues in the Midwest.

Lead reporter Marina Trahan Martinez: Marina Trahan Martinez has forged a distinguished multimedia career in investigative and social justice journalism. A Corpus Christi native and University of Texas-Arlington journalism graduate, she has worked at both community newspapers in the Dallas area and also worked for more than 11 years in two stints at the Dallas Morning News. For five years, she worked as a reporter, producer and editor on the Morning News’ Watchdog desk. During that time she appeared on air weekly representing the Watchdog team on KXAS-TV. Trahan Martinez was a member of the Dallas Morning News’ coverage team which was a finalist for the 2017 Pulitzer Prize for Breaking News for its coverage of the police shootings at a Black Lives Matter rally. She has reported on a freelance basis for The New York Times since 2001, and she has worked on contract for ABC News 20/20 since 2019, reporting and producing North Texas-related stories. She has also served the public with the Freedom of Information Foundation of Texas, and on Latinx community initiatives and journalism scholarship committees, including the creation of the Hispanic Families Network, Storytellers Without Borders and the Robert W. Mong Jr. Journalism Scholarship.

Emily Hamer: Reporter and photojournalist from Wisconsin State Journal, now based in Houston. Started her career at the Wisconsin Center for Investigative Journalism, where she produced an award-winning series on how the state’s cash bail system disproportionately jails the poor. Covered criminal justice, government for the Wisconsin State Journal. Hamer broke major stories on prisoners dying of COVID-19, inmates being put in the same cells as those who had been exposed to the virus, and food and clothing shortages at a military base housing 13,000 Afghan refugees.

Ted McDermott: Ted McDermott is an experienced reporter and editor who has covered the environment, growth, extremism and crime, among many other subjects, for newspapers in the Northwest for a decade. McDermott has profiled the far-right militia member from Montana who led the armed resistance on Cliven Bundy’s Nevada ranch; examined the legacy of uranium mining on tribal lands in Eastern Washington; covered police misconduct in North Idaho; and explored the ramifications of a political killing at a protest in Portland, Ore. His four-part investigation into the drugging of children at a psychiatric residential treatment center for adolescents in Montana led to its closure, while his investigation into end-of-life treatment at the Montana State Hospital led the governor of Montana to launch an outside review that led to recommendations for significant changes in patient care.

In addition to his work as a journalist, McDermott has published fiction, including a novel, "The Minor Outsider,” and essays, which earned him a nomination for the Essay Prize. He lives in Spokane, Washington, with his family.

Lee Enterprises, parent company of the Richmond Times-Dispatch, is shining an investigative reporting spotlight across its 77 daily news marke…

Crews have closed the surface parking lot at Eighth and Clay streets to begin work on a $2.2 million temporary transfer center.

New comics, puzzles in Sunday edition of The Times-Dispatch

To our Sunday readers

A couple of weeks ago, the Richmond Times-Dispatch introduced a new slate of comics, puzzles and other features on our print and digital platforms. 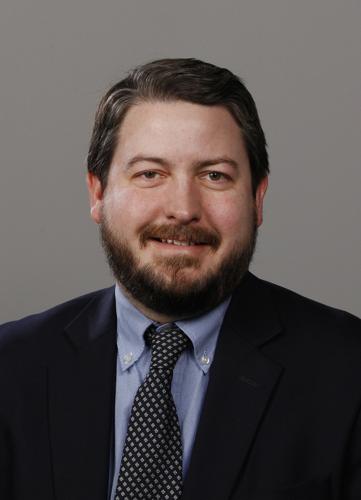 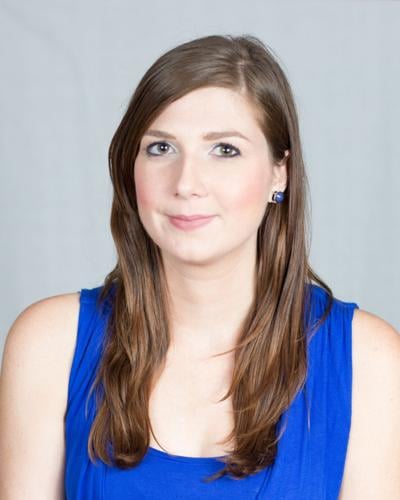 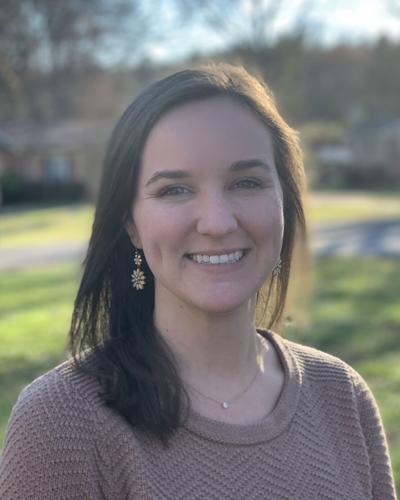 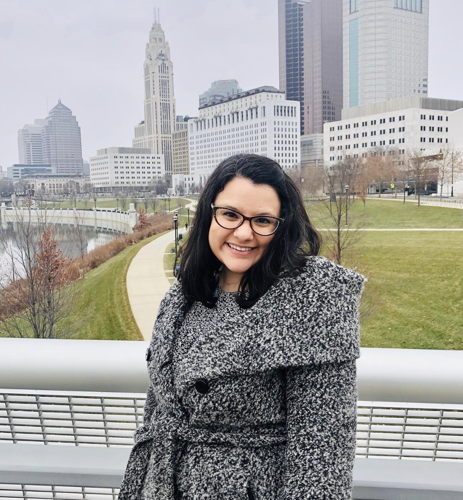 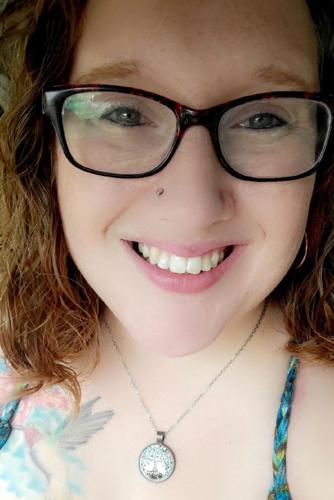 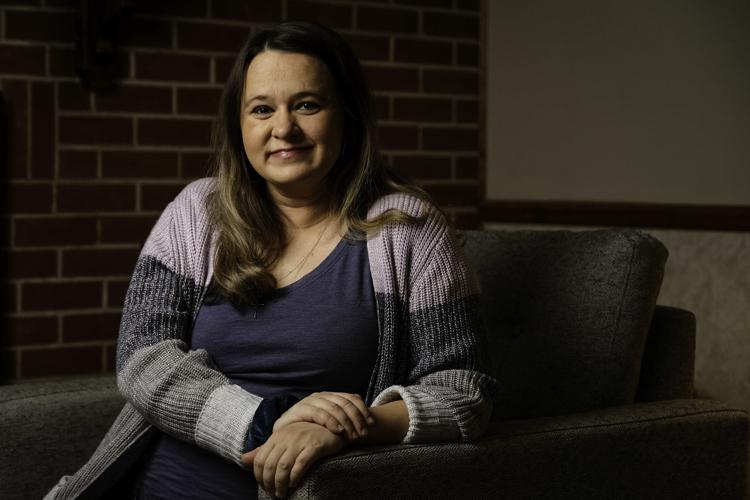 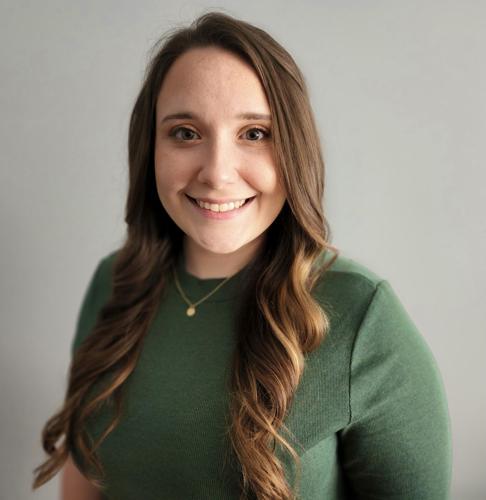 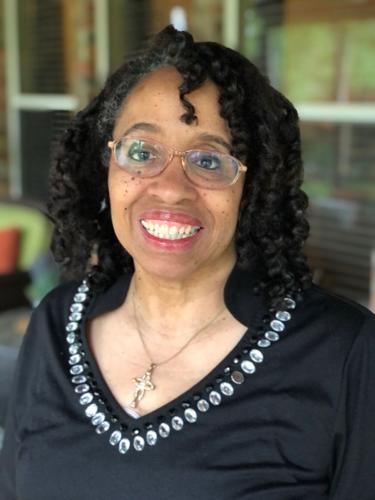 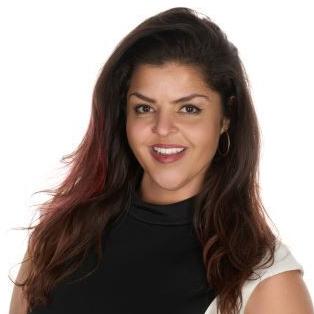 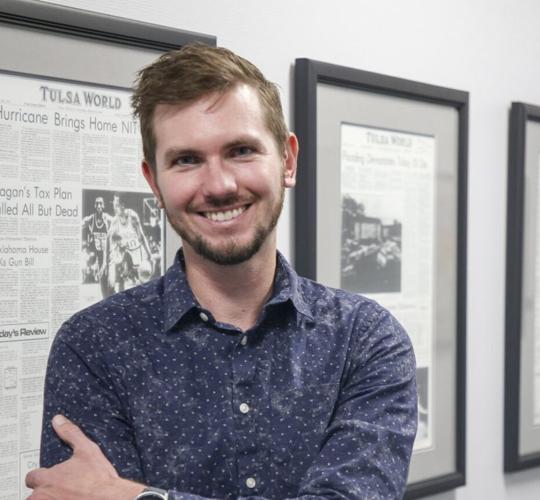 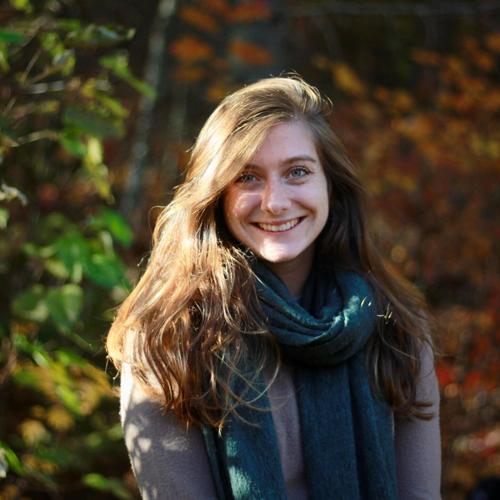 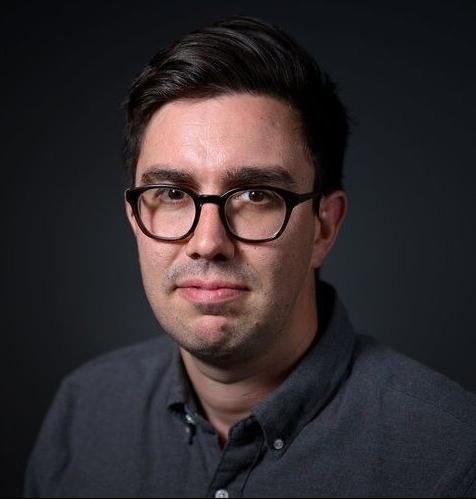