Thermo Fisher Scientific Inc. has taken over the former Toys R Us building on Quioccasin Road across from Regency mall in Henrico County. 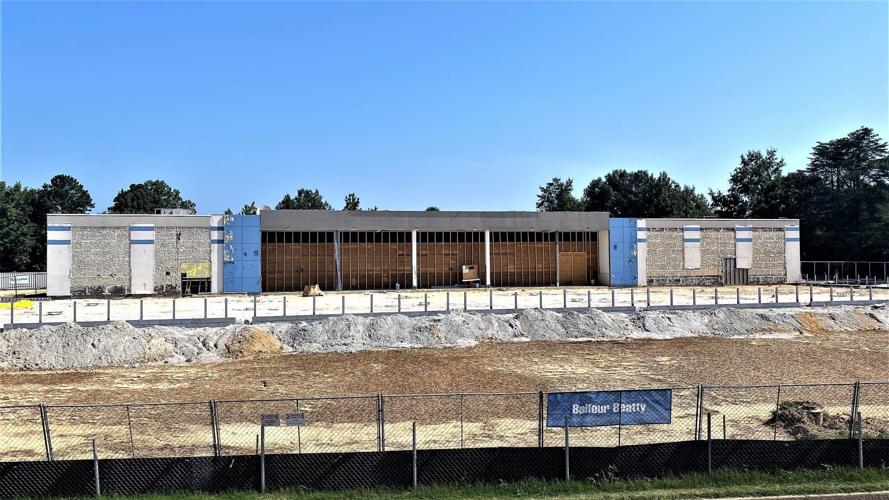 Work was underway last summer to renovate and expand the former Toys R Us building at 8700 Quioccasin Road in Henrico County. 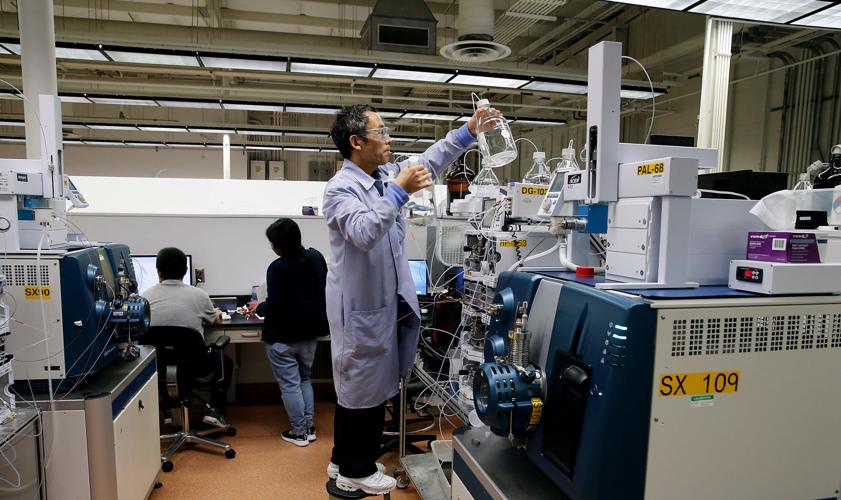 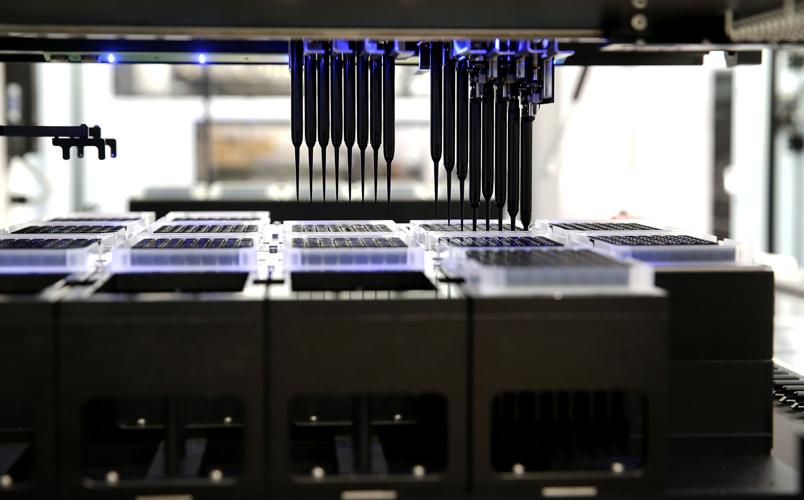 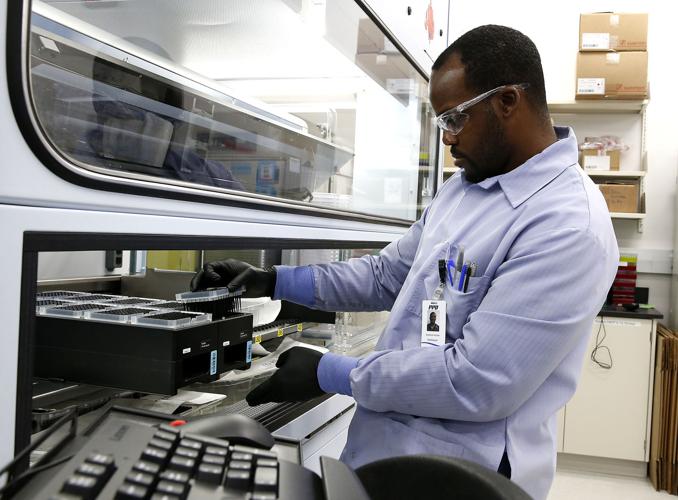 Global life sciences company Thermo Fisher Scientific Inc. is planning to invest $97 million to expand its clinical research operations in the Richmond region in response to increased demand for its services.

The company will create three bioanalytical labs — two in Henrico County and one in Richmond — over the next three years, adding about 500 new workers to its local workforce of more than 1,200 professionals.

The bulk of the expansion will take place in the immunochemistry and chromatography areas as well as subsequent enhancements in biomarker and vaccine sciences, the company said. The facilities will support increasing demand across biopharma for laboratory services to accelerate drug development.

Thermo Fisher’s announcement expands the local laboratory operations that it acquired in December with the purchase of PPD Inc. in a deal valued at $17.4 billion plus the assumption debt.

Thermo Fisher now plans to expand by creating two new bioanalytical labs in Henrico — one by renovating the former Toys R Us building at 8700 Quioccasin Road across from Regency mall and the other by occupying space at 2250 Dabney Road near its existing Henrico lab.

The company also will establish a third bioanalytical lab at the Virginia Bio+Tech Park in downtown Richmond.

The expansion bodes well for the Richmond region and its growing presence of pharmaceutical and life sciences companies and manufacturers, said Leonard Sledge, the city’s economic development director.

The Richmond region has more than 30 pharmaceutical companies and manufacturers, said Chandra Briggman, president and CEO of Activation Capital, the nonprofit associated with the bio tech park that supports the startup business community through grants and other services.

“Having a well-established life sciences services firm like Thermo Fisher Scientific’s clinical research business move to the Virginia Bio+Tech Park will further strengthen the region as a biopharma research and innovation hub,” she said in a statement.

The average salary for the 500-plus employees expected to be hired is $62,395, Romanello said. “These are high-paying, lab-type jobs,” he said.

Over the next three years, Thermo Fisher expects to add nearly 150,000 square feet of space to its existing portfolio in the region.

Work has been underway since last summer to renovate and expand the former Toys R Us building. About 15,814 square feet has been added onto the front of the existing 43,131-square-foot store building. (The Toys R Us chain built the Quioccasin Road store in 1981 and operated there until 2012, when the retailer opened a new store across from the Short Pump Town Center, which eventually closed.)

Thermo Fisher’s second new Henrico lab would be at 2250 Dabney Road. That space is currently occupied by another user, then it will need to be renovated for lab space, Romanello said.

In Richmond, Thermo Fisher will take over about 20,000 square feet in the 262,000-square-foot Biotech 8 building at 737 N. Fifth St., Sledge said. That building in the Virginia Bio+Tech Park had been the former downtown headquarters of bankrupt blood-testing lab Health Diagnostic Laboratory.

“We have a rich history in the Richmond and Henrico County region, a talent hub with respected universities, and an attractive place for our employees to live and work,” said David M. Johnston, senior vice president and president of research for Thermo Fisher, in a statement.

“We value our strong collaborative relationship with the Commonwealth of Virginia, Henrico County and the City of Richmond,” he said. “These vital relationships are an important reason our laboratories employ more than 1,200 professionals and that we have expanded our bioanalytical, biomarker and vaccine sciences operations to include more than 300,000 square feet of scientific work space. Investing in clinical research is essential to delivering on our promise of helping develop life-changing medicines for patients in need.”

This is the second major expansion planned by PPD in recent years.

In September 2019, the company announced a $63.7 million expansion to its bioanalytical laboratory on Dabney Road, adding 200 new jobs at the time.

The lab has grown and operated in Henrico under different owners since it was founded in 1985 as Cal Lab East, an East Coast division of California Analytical Laboratory. The ownership and name of the laboratory changed several times in the 1980s and 1990s because of various mergers and acquisitions in the industry. The Henrico facility became part of PPD in 1996 as part of the company’s acquisition of Applied Bioscience International.

Then-Gov. Ralph Northam had approved a $1 million performance-based grant from the Virginia Investment Performance program, an incentive that encourages capital investment by existing Virginia companies, for the Henrico expansion. Northam also approved $2 million from the Commonwealth’s Opportunity Fund to assist Henrico and $151,952 for the Richmond project.

The United States Supreme Court’s reversal of its prior decisions which had upheld certain constitutional rights to abortion and, as a result,…

Ask Doug & Polly: How can we improve our quality?

QUESTION: My small company has been having quality problems. We’ve looked at some programs like Six Sigma, but they seem very complex. Is ther…

Corsicana Mattress Co. to close Chesterfield factory, 54 employees to be laid off

Richmond-based CarLotz is closing 11 dealership stores "as part of a strategic review of the business, with cash preservation and future profitable growth as key determining factors," the company announced Tuesday.

Thermo Fisher Scientific Inc. has taken over the former Toys R Us building on Quioccasin Road across from Regency mall in Henrico County.

Work was underway last summer to renovate and expand the former Toys R Us building at 8700 Quioccasin Road in Henrico County. 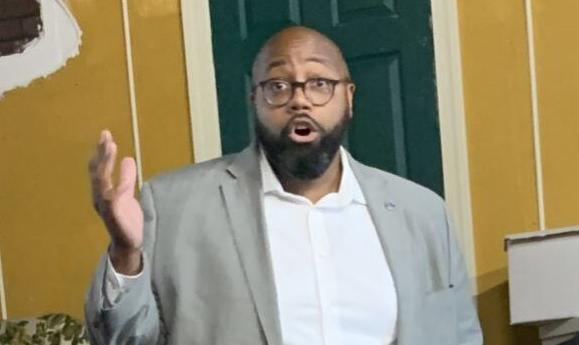 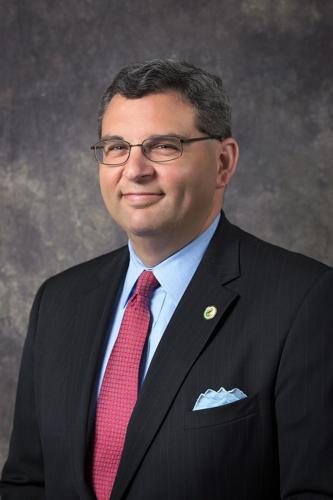