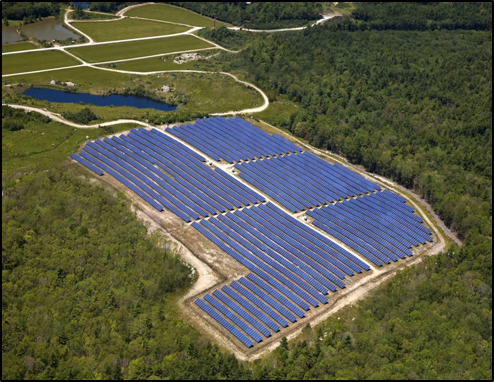 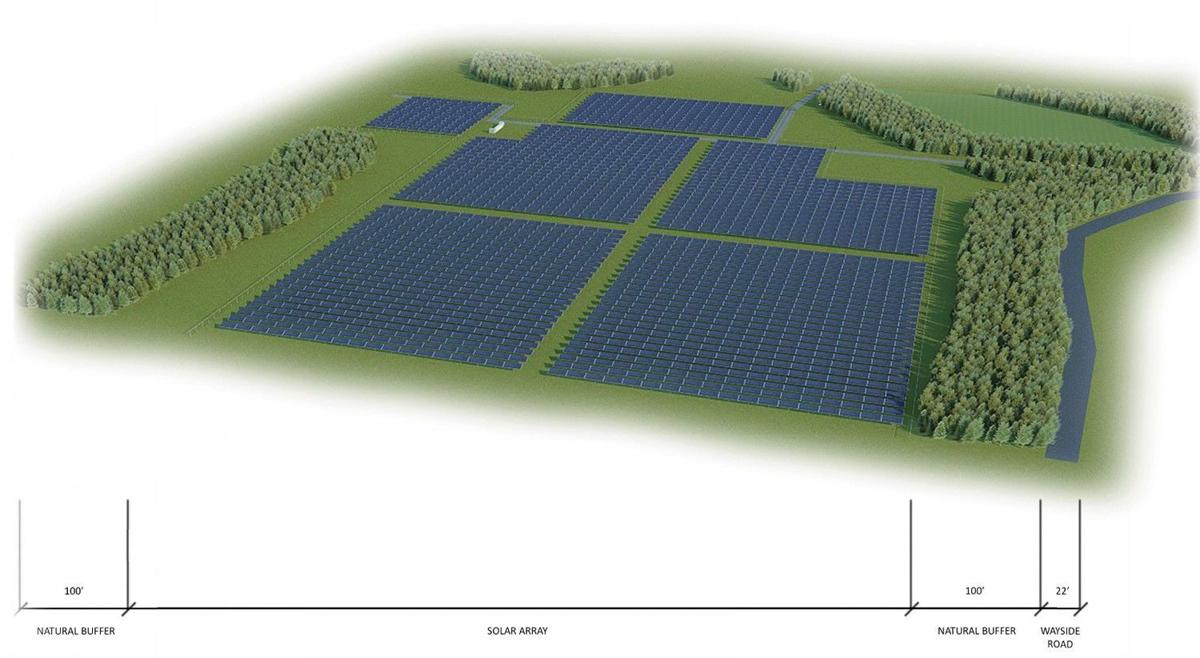 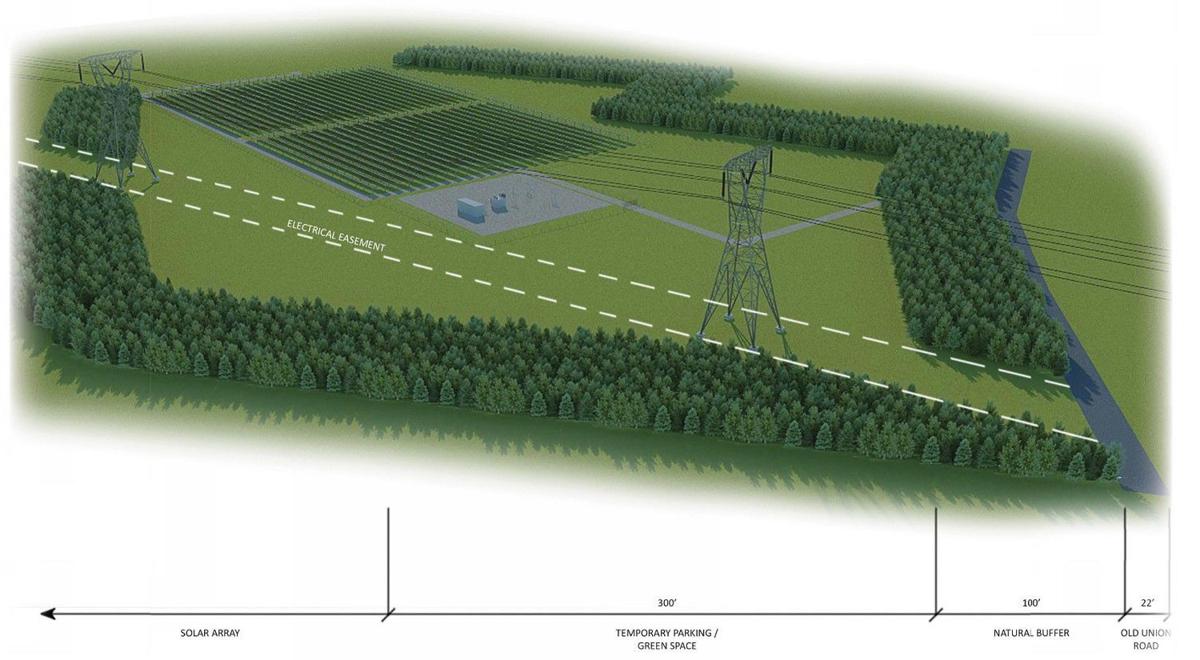 A rendering of a planned solar energy project in Charles City County from Old Union Road.

Construction could start early next year on a 340-megawatt solar energy project planned for the western part of Charles City County.

The county Board of Supervisors on Tuesday voted to approve a special-use permit for the $415 million solar array project.

The company is planning to put an additional 800 acres at the 2,200-acre site into conservation.

The solar energy project would be operated by Sustainable Power Group, or sPower, a Utah-based company with solar and wind energy sites across the country.

The company still needs other approvals from the State Corporation Commission and the Virginia Department of Environmental Quality to build its so-called “Keydet” solar array .

Once the company receives approvals, construction should take about 18 months. The work is expected to employ more than 300 construction workers, with 15 to 20 full-time jobs at the solar farm after it is operational.

The special-use permit for Charles City requires that the solar farm have a 100-foot vegetated buffer around the perimeter of the facilities, and 300-foot buffer where the site abuts state Route 106.

sPower also is planning a 500-megawatt solar power plant on a 6,300-acre site in rural western Spotsylvania County that would be the largest on the East Coast. That project, which has faced opposition from some local residents, is still pending local government approval.

The company said the solar facility would generate about $4.75 million in revenue for the county over 35 years.

A rendering of a planned solar energy project in Charles City County from Old Union Road.