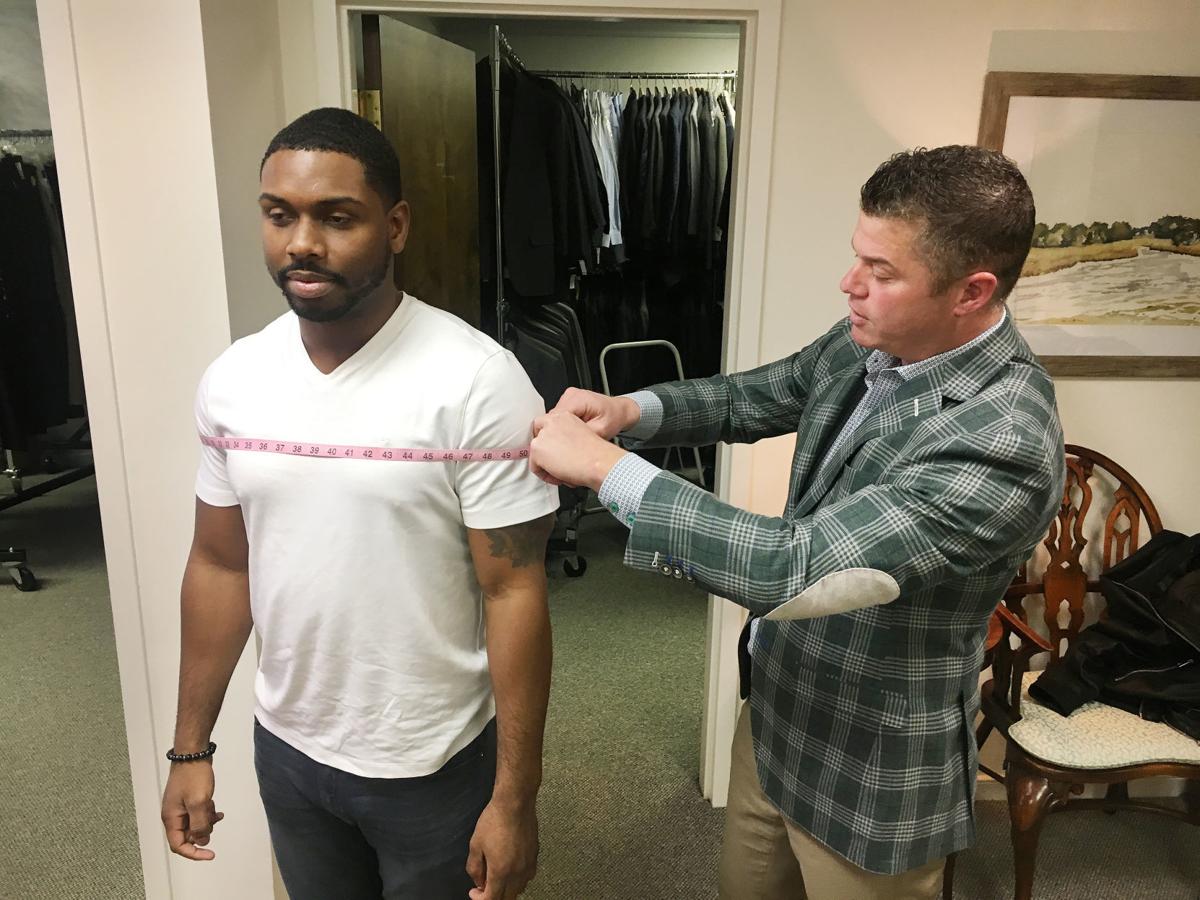 Marine Sgt. Quheem Rogers, 27, is fitted for a suit coat by tailor Todd Goldsmith at the new Boots to Suits office. 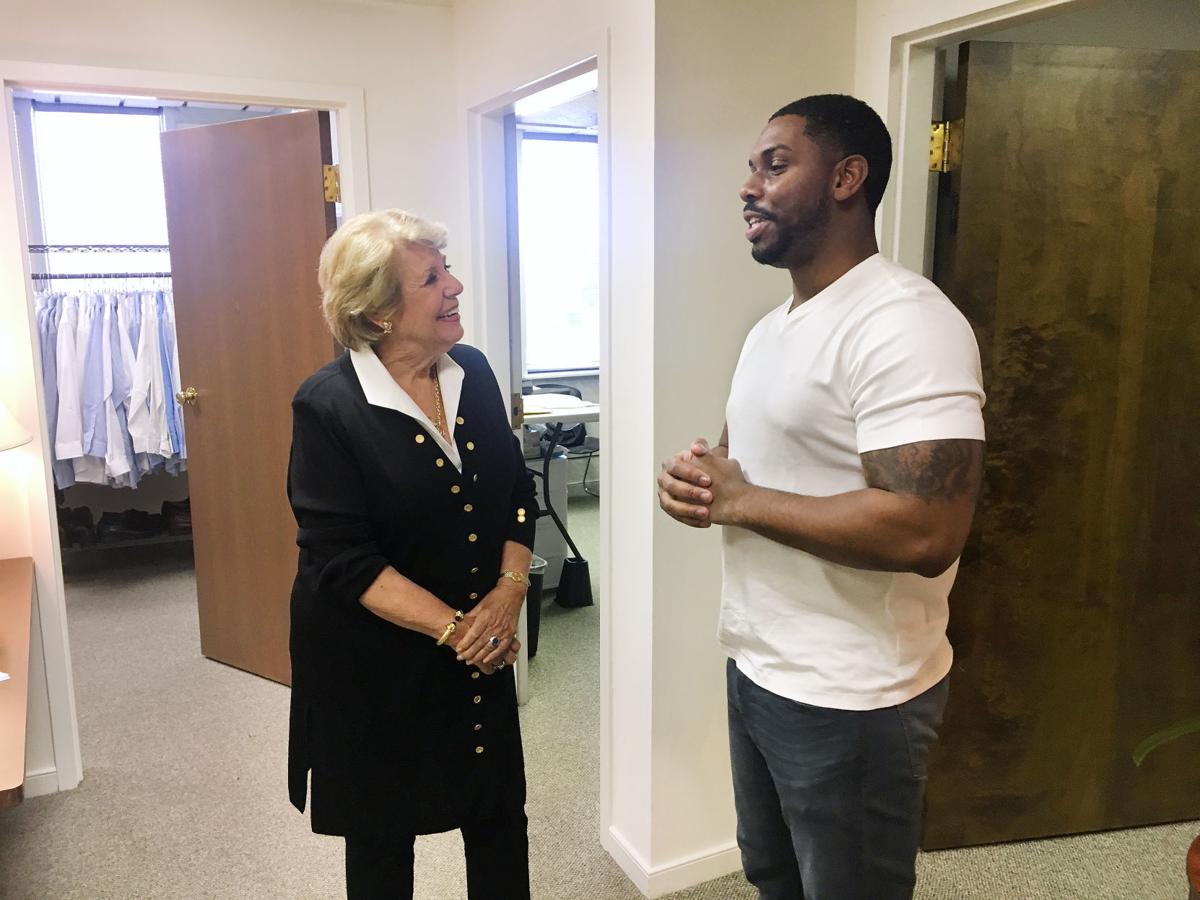 Sue Farrell, left, founder of the nonprofit Boots to Suits, chats with Quheem Rogers, who was at the organization's new space last week to be fitted for business suits. 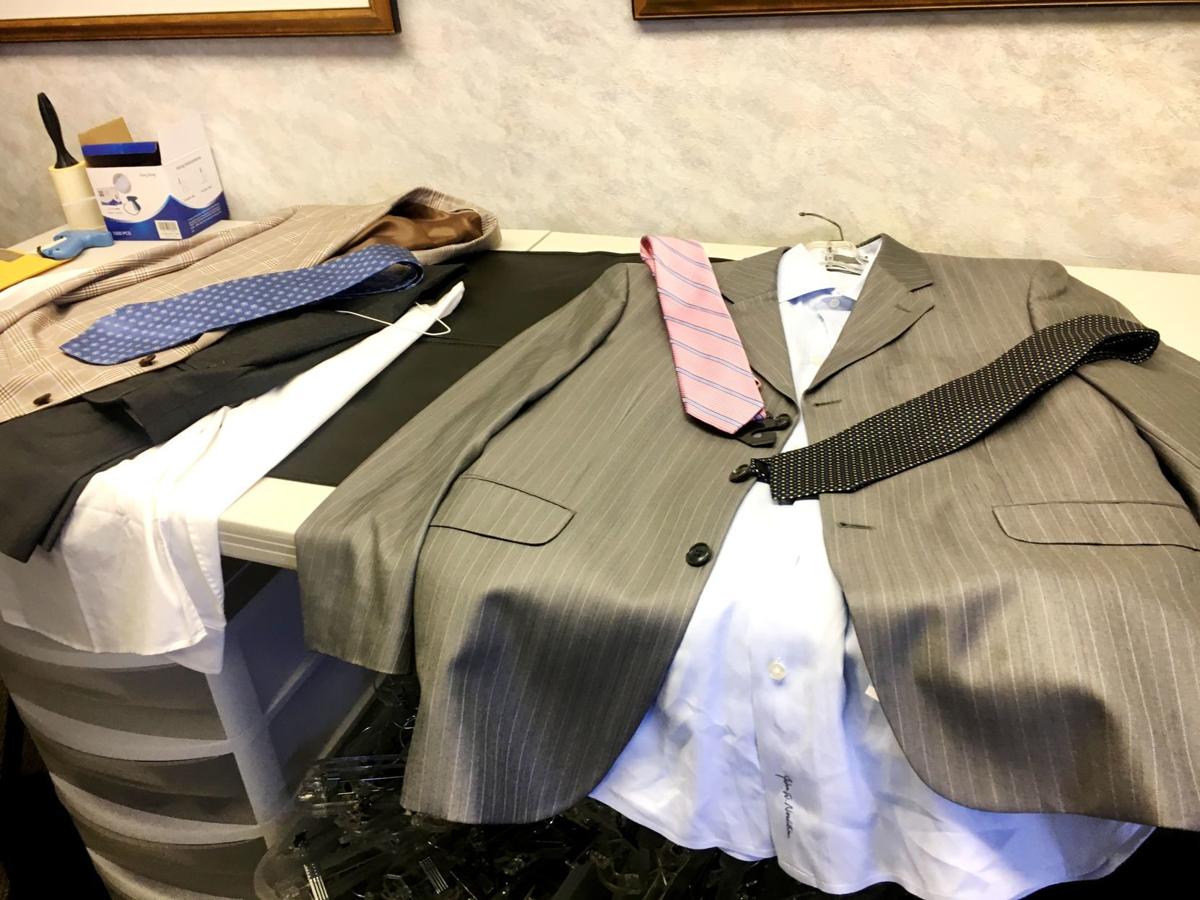 Boots to Suits, a nonprofit that provides free business attire to men and women transitioning from military service to civilian jobs, has struck out on its own.

The organization founded in 2014 as a project of the Junior League of Richmond is now a separate nonprofit operating in an office suite in the building at 710 N. Hamilton St.

“We now operate under a board of directors,” said Sue Farrell, who came up with the idea for Boots to Suits after her husband died and she wanted to donate his good suits to someone who could benefit.

“I wouldn’t be here today if it hadn’t been for the League. They housed our program, but the demand grew so quickly. We only had but so much space there,” Farrell said.

The program had been housed in The Clothes Rack thrift stores the Junior League operates to raise money for its service programs.

Boots to Suits depends on grants and donations and only serves veterans who are referred by programs such as the Virginia Transition Assistance Program at the Virginia Department of Veteran Services.

The program has two part-time co-managers who schedule consultation time for the veterans to come in and be fitted with work wear from closets full of suits, shirts and other clothing.

Volunteers such as tailor Todd Goldsmith of Todd Goldsmith Custom and Franco Ambrogi of Franco’s Fine Clothiers do alterations for free. Goldsmith also comes in every Tuesday to help with styling.

Volunteers are needed to help evaluate, measure and tag clothes, Farrell said. They ask that donations be in good shape.

Quheem Rogers, 27, a Marine stationed in Quantico, was one of the first clients at the new office. Rogers said he is being medically retired and is training in information technology.

Just a month after Tesla was hit with a $137 million punitive damage verdict for racial harassment, the company now has been accused of sexual…

Marine Sgt. Quheem Rogers, 27, is fitted for a suit coat by tailor Todd Goldsmith at the new Boots to Suits office.

Sue Farrell, left, founder of the nonprofit Boots to Suits, chats with Quheem Rogers, who was at the organization's new space last week to be fitted for business suits.