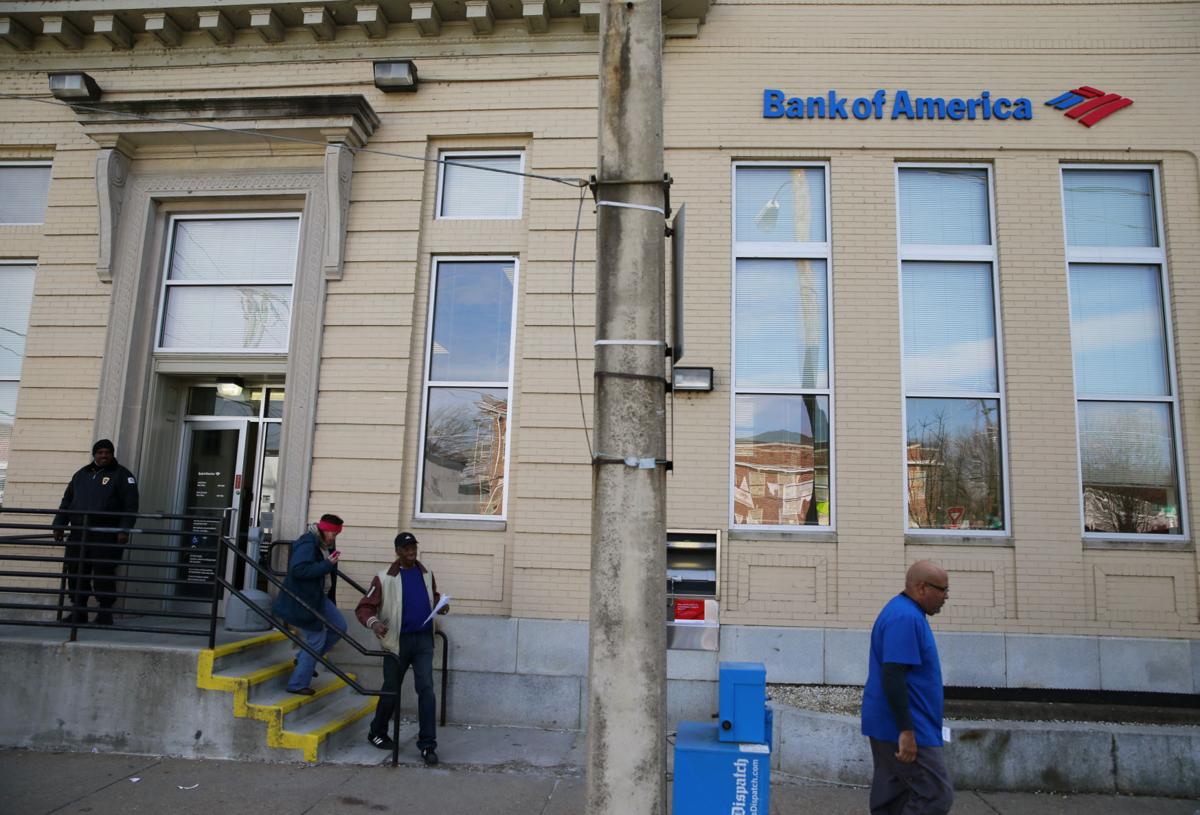 The Bank of America branch at 1307 E. Brookland Park Blvd. in the Highland Park area of Richmond will close on March 21. The bank says it is consolidating because it has four branches within 4 miles of each other. 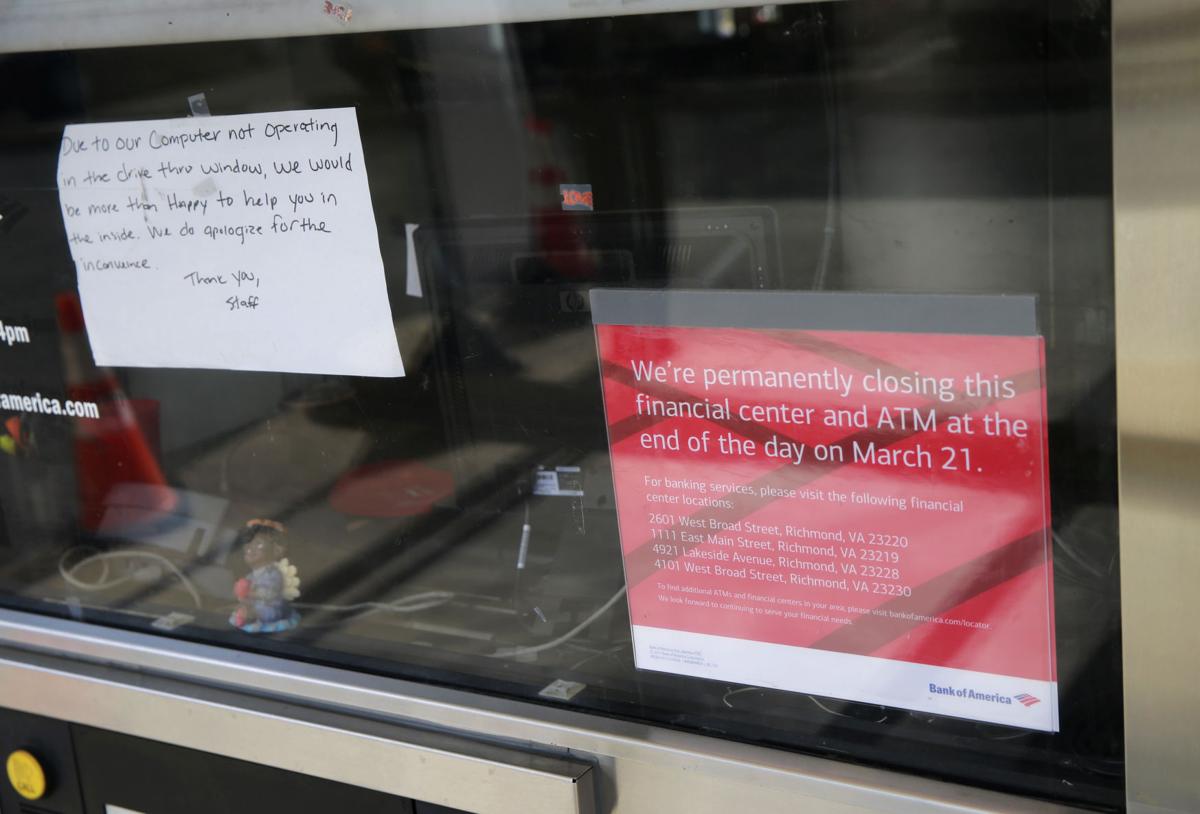 Bank of America will close the Highland Park branch on March 21 to consolidate it with the location at 2601 W. Broad St.

Bank of America will close a branch in Highland Park next month — and it’s not going over well with people in the neighborhood of historic districts north of downtown Richmond.

Residents, business owners and developers say the March 21 closing of the branch at 1307 E. Brookland Park Blvd. will create a banking desert in a majority black, low- to moderate-income neighborhood.

The Highland Park branch will be consolidated with a branch at 2601 W. Broad St. in Richmond, which is 2.7 miles away.

Matthew Daily, spokesman for the Charlotte, N.C.-based bank, said Bank of America has four financial centers within 4 miles of the Highland Park location.

The closing of the Highland Park branch is especially troubling, residents say, because the North Richmond neighborhood is finally being revitalized and several developments are in the works.

New projects include the Highland Park Senior Apartments, a historic preservation project in a former school that reopened last month as a replacement for the aging Frederic A. Fay Towers (in North Jackson Ward) for low-income seniors.

The first residents moved into their units in January, with the remaining seniors set to move in this month.

The renovation, which began in 2015, was seen as a catalyst for more revitalization at the Six Points intersection, where Second Avenue and East Brookland Park Boulevard converge in Highland Park.

The timing for the bank closing is premature, “in light of all the good things happening in Highland Park, which at one time it had a lot of crime,” said Raymond Turner, a resident of Highland Park since the late 1960s.

The bank is about a hundred yards from the senior apartments, within easy walking distance, Turner said. “Transportation can be difficult for seniors, and seniors are limited in where they can transact business.”

The three-story apartment building has 77 affordable housing units for seniors. A mixed-income apartment project for all ages is planned in the Nehemiah Center, a vacant church across the street from the Highland Park Senior Apartments.

Apartments in this project will be on the second and third floors, while the first floor will be commercial space.

Daily said one of the reasons the branch is closing is that as more people use online and mobile technology for their banking, fewer people come into the branch.

“With that proximity and the way people are banking with us — using online and mobile technologies — we are adapting to fit,” Daily said.

The Highland Park branch is the only one targeted at this time for closing in Virginia, he said.

Alonzo Trimiew, who runs Trim’s Barber Shop across the street from the bank, said he has collected the signatures of nearly 200 people who do not want the branch to close.

“I feel it’s unwarranted,” he said about the closing.

“Bank of America was reaching an unbanked population with this branch,” said Megan Rollins, president and CEO of Boaz & Ruth, a nonprofit group aimed at economic empowerment of the Highland Park neighborhood through social enterprise and providing second chances to people in need.

“The bank in the past has been very friendly to us as an organization and friendly to people going through our program,” giving residents the opportunity to open checking accounts for the first time.

“It has been flexible and understanding of the importance of folks having bank accounts,” she said. “It has really great employees. We are saddened they are moving out. Not everyone is willing to work in this neighborhood.”

Rollins said the bank warned the community months ago that it would close the branch if the number of customers did not increase.

“The thing most difficult with this closing is the bank was in a position to boost its customer base,” she said. “We have more residents moving in. We have new developments that aren’t here yet.”

A bank brings economic stability to an area, said Robert K. Johns, director of community development for the Community Preservation and Development Corp., a Maryland-based affordable housing developer involved in the Highland Park Senior Apartments project and the Nehemiah Center.

“When you don’t have a bank, you have a financial desert, and you leave the door open to check-cashing services,” which are expensive alternatives and can keep people locked in a cycle of debt, Johns said.

“The majority of people in Highland Park don’t drive. A bank 2½ miles away sounds close, and it’s a 10-minute drive but, on a bus, it’s 45 minutes to one hour.”

Publix is opening its store in the Carytown Exchange development next week.

Gelati Celesti will be scooping up its brand of ice cream in a location in Hanover County.

Labor Law: Can employers require workers to take a flu - or COVID-19 - vaccine?

Each year employers, especially in health care and those working with the elderly, require that employees receive the influenza vaccine, altho…

The scene in Carytown was spirited Saturday afternoon.

In a year that’s been far from ordinary in many ways, some have had to do away with traditions.

Black Friday, traditionally the kickoff of the holiday selling season, is going to be a lot different this year.

For Mark Zehfuss, the thrill in being an entrepreneur is finding something small and building it into something big.

The Bank of America branch at 1307 E. Brookland Park Blvd. in the Highland Park area of Richmond will close on March 21. The bank says it is consolidating because it has four branches within 4 miles of each other.

Bank of America will close the Highland Park branch on March 21 to consolidate it with the location at 2601 W. Broad St.