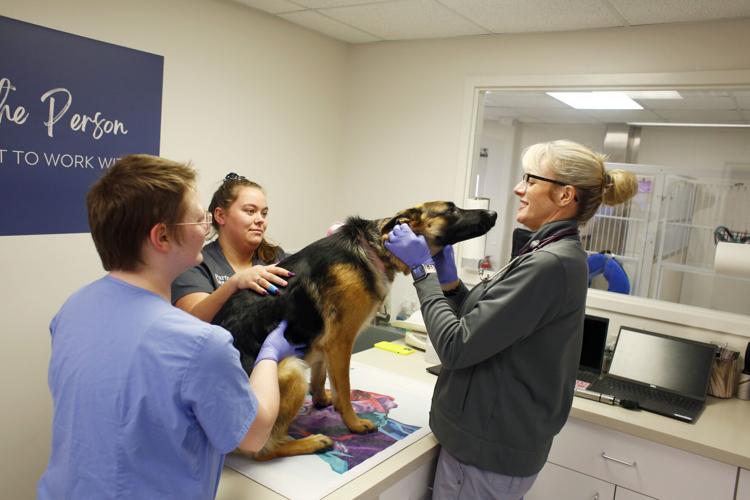 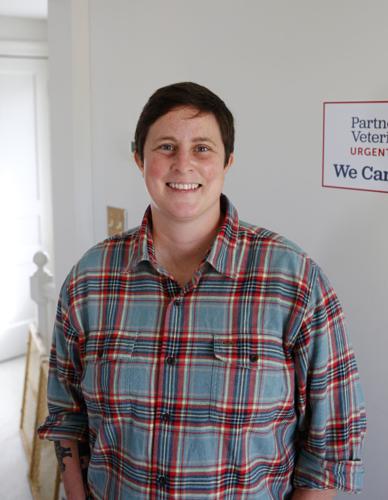 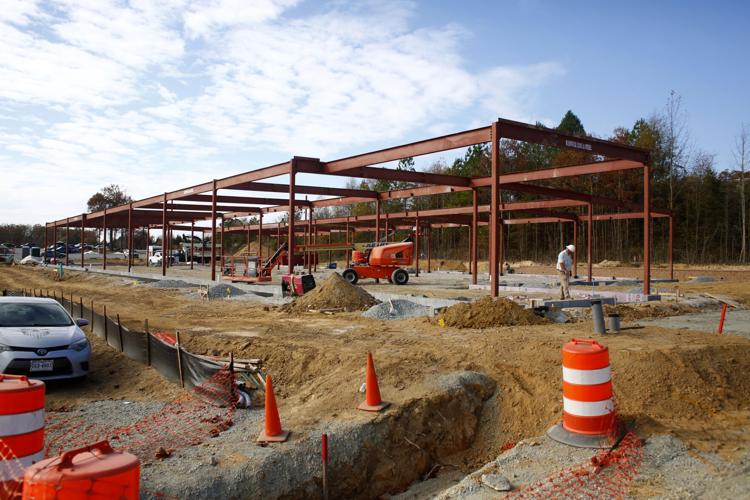 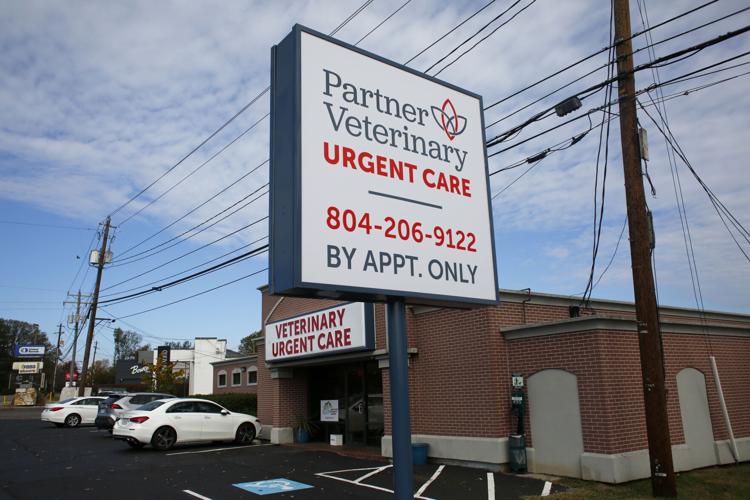 A new veterinary practice is coming to the Richmond area to offer much-needed emergency vet services, as well as a new model for burned-out veterinarians.

Partner Veterinary, a Frederick, Md.-based practice, is expanding to Richmond with a new 20,000 square-foot facility. The under-construction building will be at 1616 Three Chopt Road, a property between the Henrico Audi and Drive Shack near Short Pump. It’s scheduled to open in early 2023 and is expected to cost between $10 million to $15 million to build and equip.

The new facility will offer 24-hour emergency care to treat cases like acute trauma, heatstroke or weakness. It will also have a specialty care arm to provide critical care for internal medicine, neurology, medical oncology, surgery and in-house MRI and CT.

The leadership team for the woman-owned, woman-led company is co-founded by two women with decades of experience. President Christine Stafford was a co-owner in Dogwood Veterinary Emergency and Specialty Center on Broad Street, now BluePearl Pet Hospital. CEO Katie Brooks started her career as a veterinary technician and helped build CVCA, a large veterinary cardiology practice.

Stafford was also an owner in Bush Veterinary Neurology Service and Bush Advanced Veterinary Imaging. She sold her stake in those practices and retired after more than two decades in vet care.

She said she decided to return to veterinary care practice for two reasons. There is a booming need for veterinary care following a rise in pet ownership during the pandemic. Plus she says the modern veterinary care industry has been ravaged by poor morale and working conditions.

“On a Sunday in Richmond, there is only one emergency practice that’s open and they’re typically at capacity very quickly,” Stafford said. “There’s not a lot of emergency help across the country right now, and urgent care centers have started filling that need.”

Partner Veterinary first expanded to Richmond by opening an urgent care center at 6506 W. Broad St. earlier this year. The urgent care will function as an intake center for minor pet injuries and to perform triage for anything that could need more serious attention once the 24-hour emergency and specialty center opens.

While the need for pet services is increasing nationwide, veterinarians are also burning out. They face a conglomerate of difficulties between long, irregular hours, high student debt and low pay compared to similarly educated professions such as medical doctors. They also face day-to-day hardships from the mindset of the work itself.

“Imagine you’re in a room and you’re dealing with puppy vaccines. You’re talking to someone with a beautiful 10-week old lab puppy that’s wagging its tail and life is great,” Stafford said. “Then 10 minutes later you’re in the next room and you have to completely change your mindset to counsel someone to euthanize their 12-year-old dog.”

All of those factors have affected mental health in the field. Veterinarians have a higher suicide risk than the general population.

“During COVID I received some disturbing text messages from old team members,” Stafford said. “I really felt that I just needed to come back and create these environments that are healthy.”

Partner Veterinary says it is re-imagining the field with its team-focused model that prioritizes its workers. Part of that is balancing the right number of patients per worker.

“Maybe I can’t see 100 but I can see 15,” Stafford said. “That’s a healthy number and that’s a healthy boundary. We need our team to have a life outside of their jobs and that’s not a conversation that is happening right now.”

New employees are also given a week off before they start work to get mentally recharged for a new environment. Many of those other changes, Stafford said, are small cultural shifts that have a big impact on people’s morale. The practice hires scribes and other staff that keep vet techs and surgeons away from tasks such as laundry and administrative work.

“They all seem like really simple things, but collectively it creates a healthy environment for your team to work in. That translates to treating our clients in a healthy manner,” Stafford said.

Partner Veterinary’s 24-hour facility is slated to open concurrently with another facility in Frederick, Md., Stafford’s home base. It has three other facilities in the pipeline for Raleigh, Charlotte and Atlanta.

Stafford says those were organized through word-of-mouth with her contacts who have been seeking new work environments.

The 24-hour emergency center structure is an $8 million build. All-in, including equipment for services like MRIs, oncology, lab work and fluoroscopy, the total value is expected to be between $10 million and $11 million.

When many child care facilities were closing their doors during the COVID-19 pandemic, DeShonda Jennings opened her family home child care DJ … 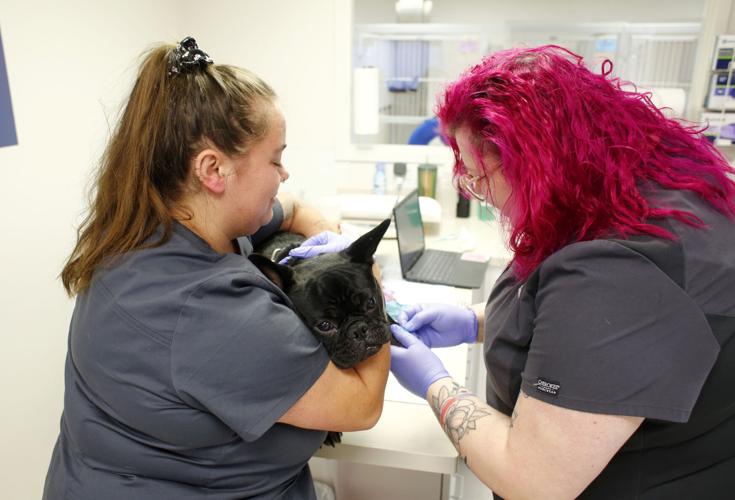 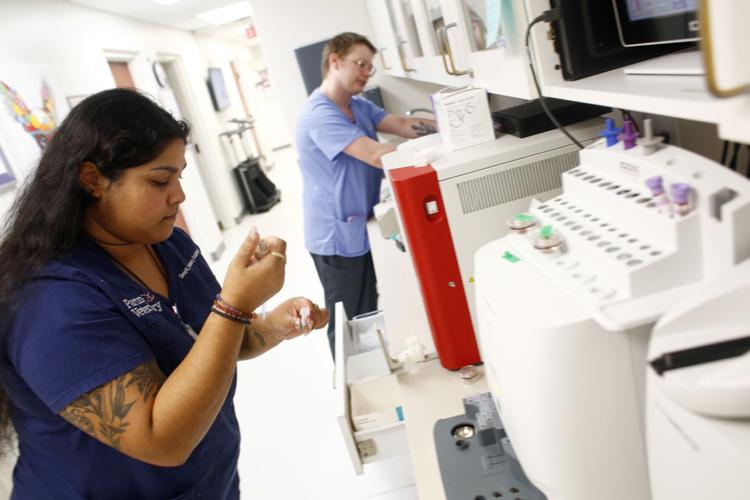 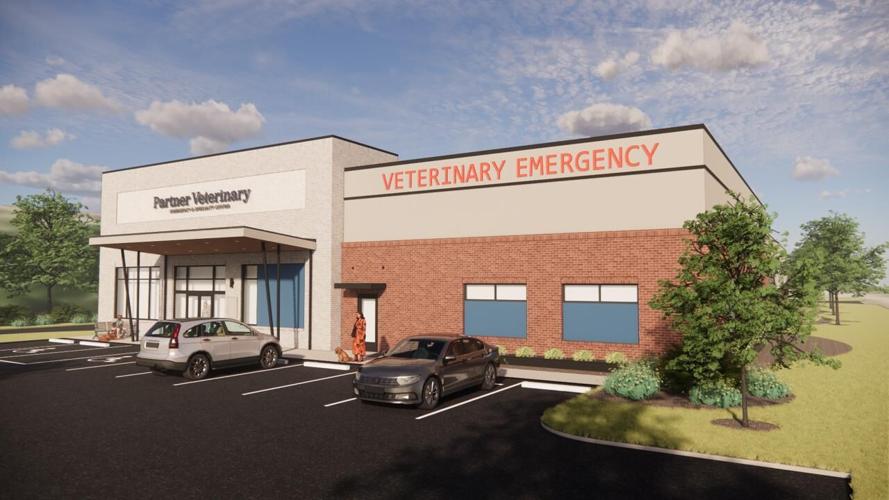 The under-construction Partner Veterinary 24-hour Emergency and Specialty Center is opening on off Three Chopt Road in 2023. Leaders for the Frederick, Md.-based practice have roots in the area.