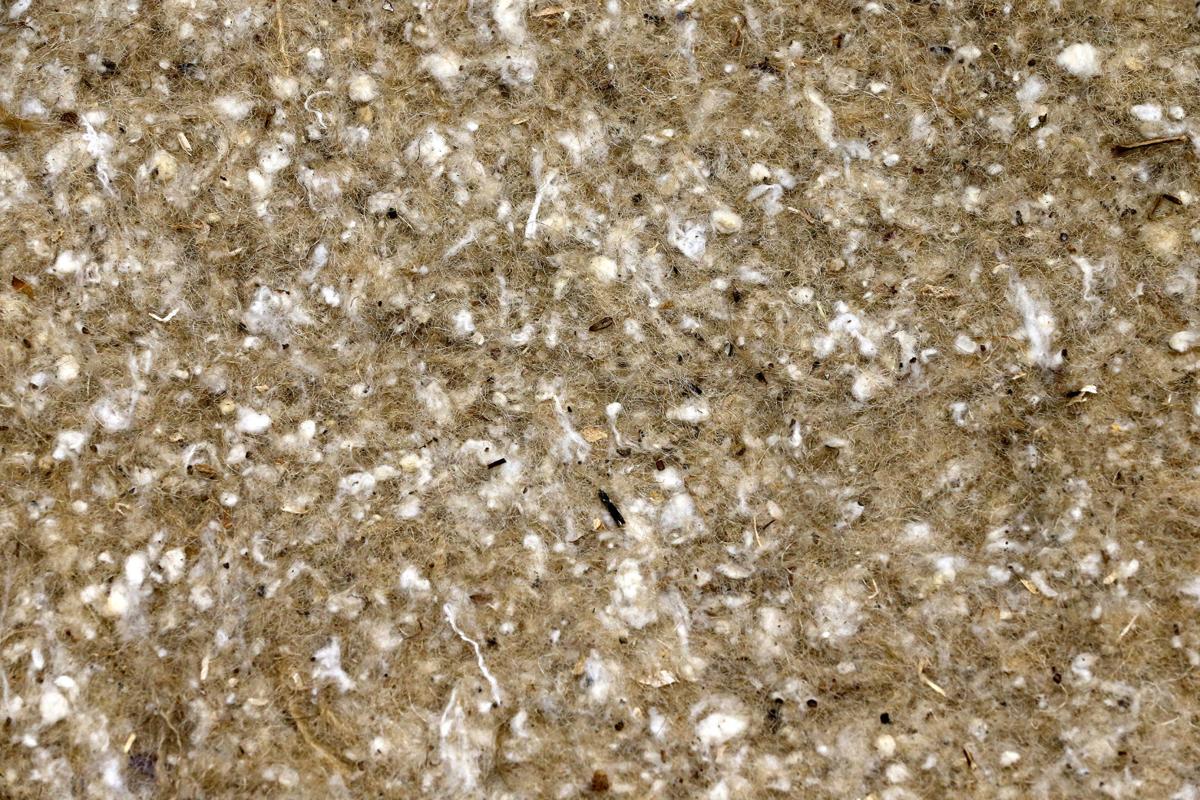 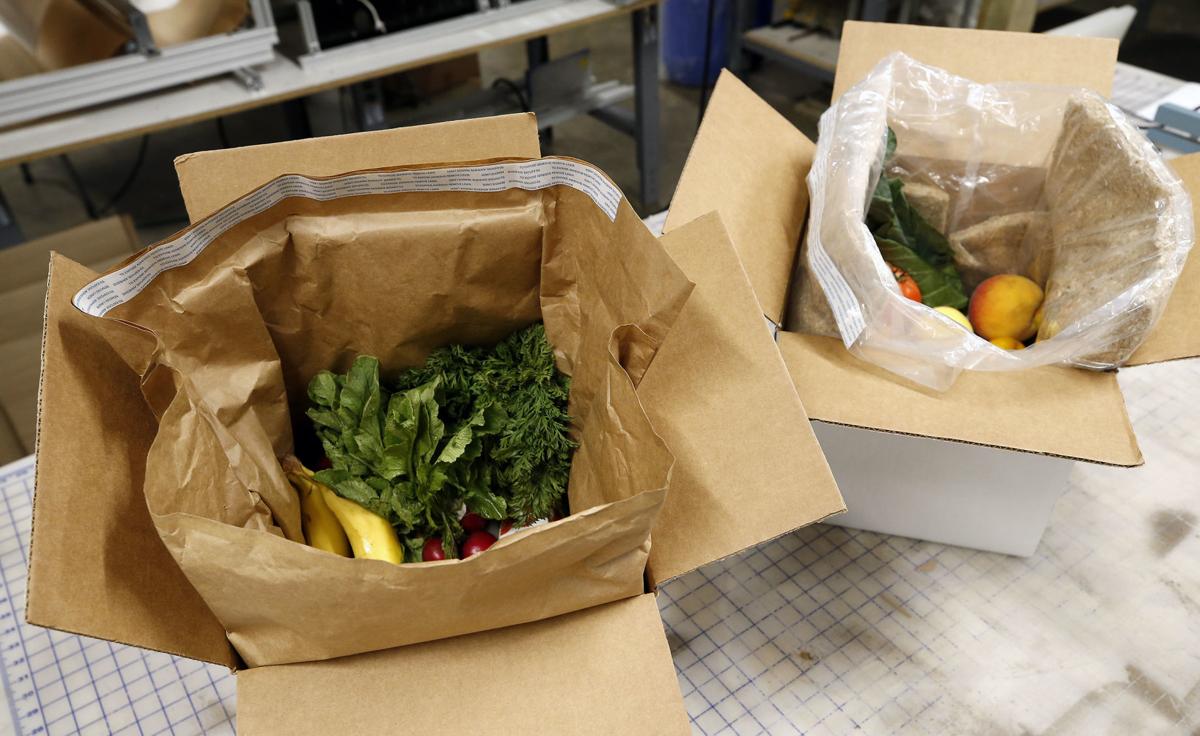 A growing taste for home-delivered fresh foods and meal kits has helped fuel rapid growth for Richmond-based TemperPack, a business created just a few years ago by three young friends working in a garage in Maryland.

Now, TemperPack, which makes recycled, sustainable insulation materials, has grown from a three-man operation to employ about 350 people in two cities, including more than 50 full-time, professional staff and hundreds of contract manufacturing employees.

At its 44,000-square-foot plant on Castlewood Road in South Richmond, the company churns out millions of pounds per year of insulation fabric, made from recycled cotton and coffee bags.

“We have grown extremely quickly,” said Powers, its co-CEO. The privately held company does not disclose financial specifics, but Powers said sales jumped 500 percent last year, and “we are set to more than double this year.”

TemperPack is now supplying about 45 customers that use its insulation sheets in their packaging. Growth has been especially hot among the numerous e-commerce companies that have sprung up to sell meal kits for home delivery, and the company sees even bigger opportunities in the shipping of temperature-sensitive pharmaceuticals.

Thanks to a $10 million funding round in July by several investment firms, TemperPack is expanding its operations and adding jobs. The company has opened a second manufacturing facility in Las Vegas to supply West Coast customers. In the Richmond area, it plans to move into a 130,000-square-foot plant and office on Carolina Avenue in eastern Henrico County early next year.

“That will be our new headquarters,” said Powers, who expects that the company will add jobs in production, engineering and sales.

TemperPack’s growth “is being driven by an e-commerce boom,” said Bob Beckler, a packaging industry veteran and TemperPack’s chairman. Beckler pointed to retail industry estimates that online product sales will grow 8 to 12 percent this year.

“With that kind of growth, it creates some interesting opportunities from a packaging perspective,” he said.

The grocery part of e-commerce is seeing some of the fastest growth right now, Powers said.

“We see reports of 20 percent per year,” he said. “We have seen our customers explode over the last few years — most are four or five times bigger than they were a few years ago.”

Those customers want to reduce the amount and type of packaging needed for shipping perishables.

“Consumers don’t like to get a lot of plastic packaging,” Powers said.

Meal kit makers in particular have been interested in packaging that can keep food shipments at cold temperatures — typically for 24 to 55 hours — with less bulk and more environmental sustainability than plastics or Styrofoam.

“There is a lot of demand for more minimalist packaging,” McGoff said. “Essentially, our product replaces Styrofoam.”

“Our insulation — the product that we engineered and designed — has the same thermal properties as Styrofoam,” but is easier to ship, said Vincent, the company’s chief technology officer. “Plus, it has a whole sustainability profile.”

TemperPack’s recycling of materials to make insulation reduces waste, and the company has a premium insulation material that can be composted.

The co-founders bring “complementary backgrounds and strengths” to the business, Beckler said. McGoff brings training in materials science, and Vincent brings expertise in process engineering, while Powers has business and finance prowess.

“These guys are fearless,” Beckler said. “They are not afraid to innovate and take risks and try new things in a market that historically has been very conservative. The tendency in packaging is to standardize and run large volumes. These guys have taken the opposite approach, which is to customize and meet the market’s needs in very agile ways. That is what is working in this space, and that is why a small company like this can be very successful.”

The company’s roots were planted in 2012, when the co-founders were in college and worked together in a business plan competition.

Powers and McGoff had gone to high school together in Washington, D.C., and Powers attended the University of Pennsylvania, where he studied finance. McGoff went to McGill University in Montreal, Canada, where he met Vincent in the school’s materials engineering program.

“We partnered up for a business competition,” Powers said. “What we made was a high-tech cooler for food and beverage products.”

The judges suggested the trio continue to develop their ideas for cold-chain packaging, “so we started developing a product for transportation of temperature-sensitive pharmaceutical products,” Powers said.

That got them the backing of one large, biotech company, but they were also approached by food companies that, at the time, were just starting to ship fresh foods to customers who order them online as part of memberships in meal kit or grocery delivery plans.

McGoff said they researched hundreds of potential materials for alternative insulation, even briefly considering spider silk. Ultimately, they settled on jute, a plant-based fiber mostly produced in Asian countries that is one of the more common, affordable and renewable natural fibers in the world, used in making rope and bags.

“We use a blend of jute fibers, which we get from coffee bags that are used to transport coffee beans to roasters in the United States,” said McGoff, who is co-CEO. “Once the bags are discarded, they don’t have a use for them.”

TemperPack breaks the bags down into natural fibers and then uses a proprietary process to make insulation blanket.

“We use recycled jute and also recycled cotton which we get from textile mills. It is discarded cotton from the manufacturing process,” Powers said.

Vincent said the company has recycled more than 6 million pounds of material so far.

The co-founders first started developing their products at a small warehouse in Canada, but when they finished school, they moved their operations into the garage at Powers’ parents’ home in the D.C. suburbs of Maryland in 2014.

Vincent moved down from Canada.

“They were kind enough to offer me a room,” he said. “I lived in both James’ and Brian’s parents’ homes for about six to eight months.”

In 2015, they started looking for a larger production space and, with the help of Midlothian-based process engineering firm Productiv Inc., they moved into a 12,000-square-foot warehouse near Richmond International Airport.

The next move was to the larger Castlewood Road plant and, by early next year, the company hopes to occupy the even larger plant on Carolina Avenue.

“We expect to add more manufacturing sites in the future, but Richmond will be our headquarters forever,” Powers said. “Real estate space is affordable, and there is a great talent pool.”

“We’re just getting started,” he said. “We are getting much better every day, especially since our funding progress has accelerated. We are really excited for the next couple of years.”

Products: Insulation materials made from recycled coffee bags and cotton

Locations: Manufacturing plants on Castlewood Road in Richmond and in Las Vegas, Nev.