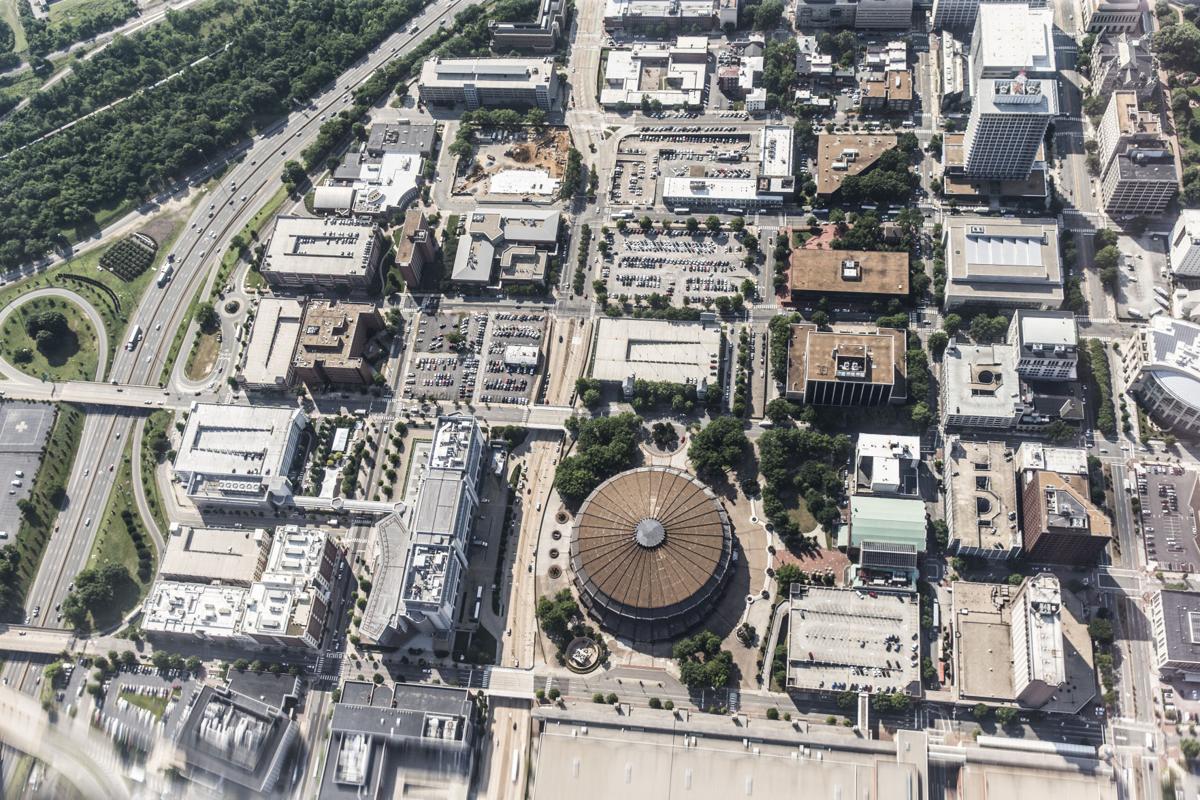 Aerial photos Richmond area of the VA Bio+Tech Park (to the left of the Richmond Coliseum) including the  Altria Center for Research and Technology. 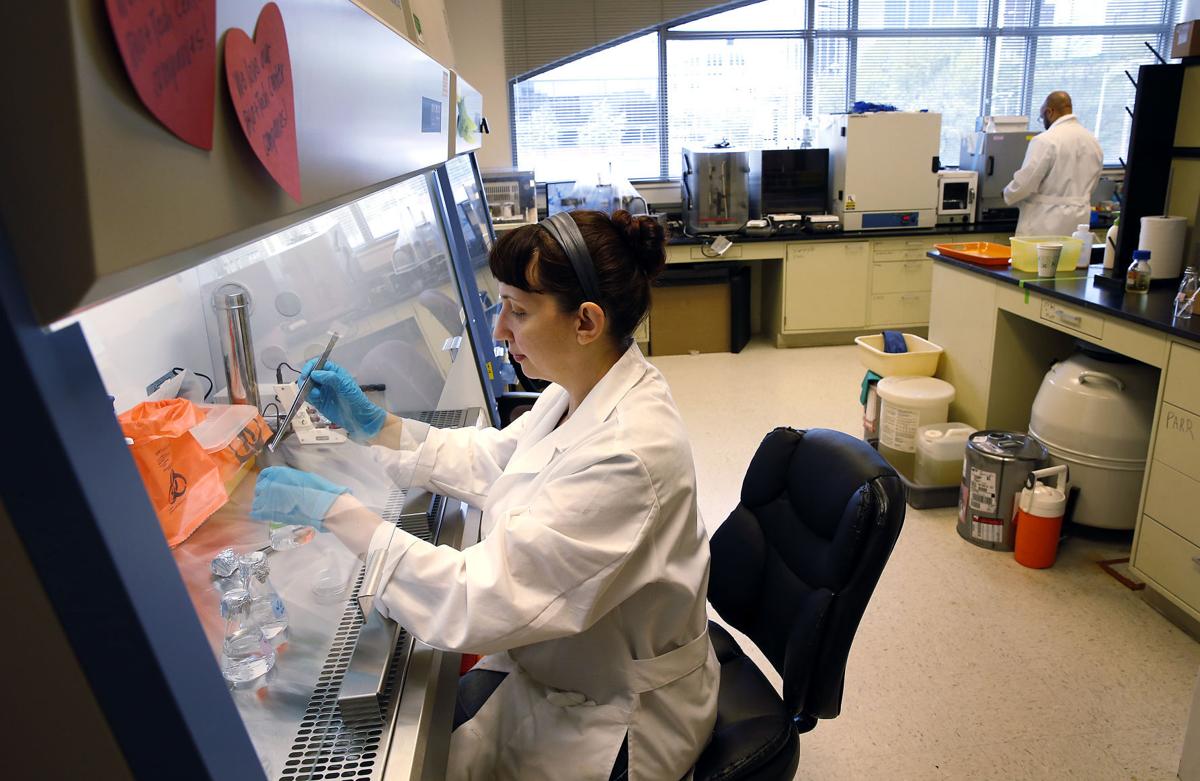 Olga Zolotarskaya and Kennard Brunson work in the lab of WynnVision at the Virginia Bio+Tech Park in downtown Richmond.

The incentive would be available for new and expanding companies involved in industries such as cybersecurity, telecommunications, data analytics and renewable energy.

The vote currently slated for Monday, Sept. 13, comes two years after 1st District City Councilman Andreas Addison originally proposed the tax break for local tech companies. Amid the COVID-19 health crisis, the legislation stayed in limbo until earlier this summer when the council’s finance and economic development committee unanimously recommended that it be approved.

“We want to establish Richmond as a place to open your technology business,” Addison said in the committee meeting last July. “Tech has to be, of course, created [and] sold. … We want to make sure you do that transaction in Richmond.”

While there’s momentum behind the legislation now, Mayor Levar Stoney’s administration says it is unsure how many businesses will qualify for the exemption on their business tax liability. In a recent financial impact statement for the bill, the administration asked that the vote be delayed so that economic development officials can “refine” the ordinance and craft an implementation plan.

If approved, the city would exempt 100% of a qualifying company’s business and professional license tax liability for two years. Half of the tax liability would then be erased for the following three years.

Authorized by legislation the General Assembly adopted in the 1990s, other cities and counties have adopted technology zone ordinances as a way to incentivize business development in their communities. Chesterfield County, for example, has five distinct technology zones to encourage manufacturing and commercial development.

Like the city of Fairfax, the proposed Richmond technology zone would cover the entirety of the city, according to a staff report on the ordinance.

Leonard Sledge, the city’s director of economic development, did not respond to questions Friday about the bill, but had previously made the appeal to the council finance committee when it last met in July. (All public City Council meetings were suspended in August in observance of the body’s annual vacation period.)

“It is hard to tell at this point in part because it’s a question of how to categorize and identify what businesses would be considered a technology business,” Sledge said in the committee meeting. “We are in favor of programs that stimulate business growth and job creation. We would just respectfully ask for more time to fully understand impacts of the legislation.”

The proposed ordinance defines a qualified technology business as a new company that locates in the city and creates five full-time jobs or makes a capital investment of $200,000 in machinery, business equipment or real estate that would be used by the business. Existing companies would also qualify if they expand to hire more full-time employees: five or more for a company with fewer than 20 now, or at least 25% of their existing full-time workforce if it employs more than 20 full-time workers.

A technology company is further defined in the legislation as a business that makes most of its money from the sale, lease, license or provision of products, services or processes that can be applied in certain fields and industries. Several trades and products listed in the ordinance include medical devices, advanced manufacturing, electronics, finance and aerospace engineering.

Councilwoman Ann-Frances Lambert of the 3rd District, who was elected last year, recently signed on a co-patron for the bill.

In an interview earlier this summer, Lambert, who owns a photo and video production company that specializes in drone-captured footage, said she understand why the bill has taken so long to reach this point. However, she said she think it’s time for the council to adopt the bill.

It’s unclear whether her company would qualify for the tax exemption, but she said the economic growth she expects the program will create can be reinvested in public infrastructure and other priorities for the city.

“I’m all about business growth. I’m an entrepreneur,” she said. “This will help us kind of streamline getting businesses that will want to come to Richmond.”

Aerial photos Richmond area of the VA Bio+Tech Park (to the left of the Richmond Coliseum) including the  Altria Center for Research and Technology.

Olga Zolotarskaya and Kennard Brunson work in the lab of WynnVision at the Virginia Bio+Tech Park in downtown Richmond.