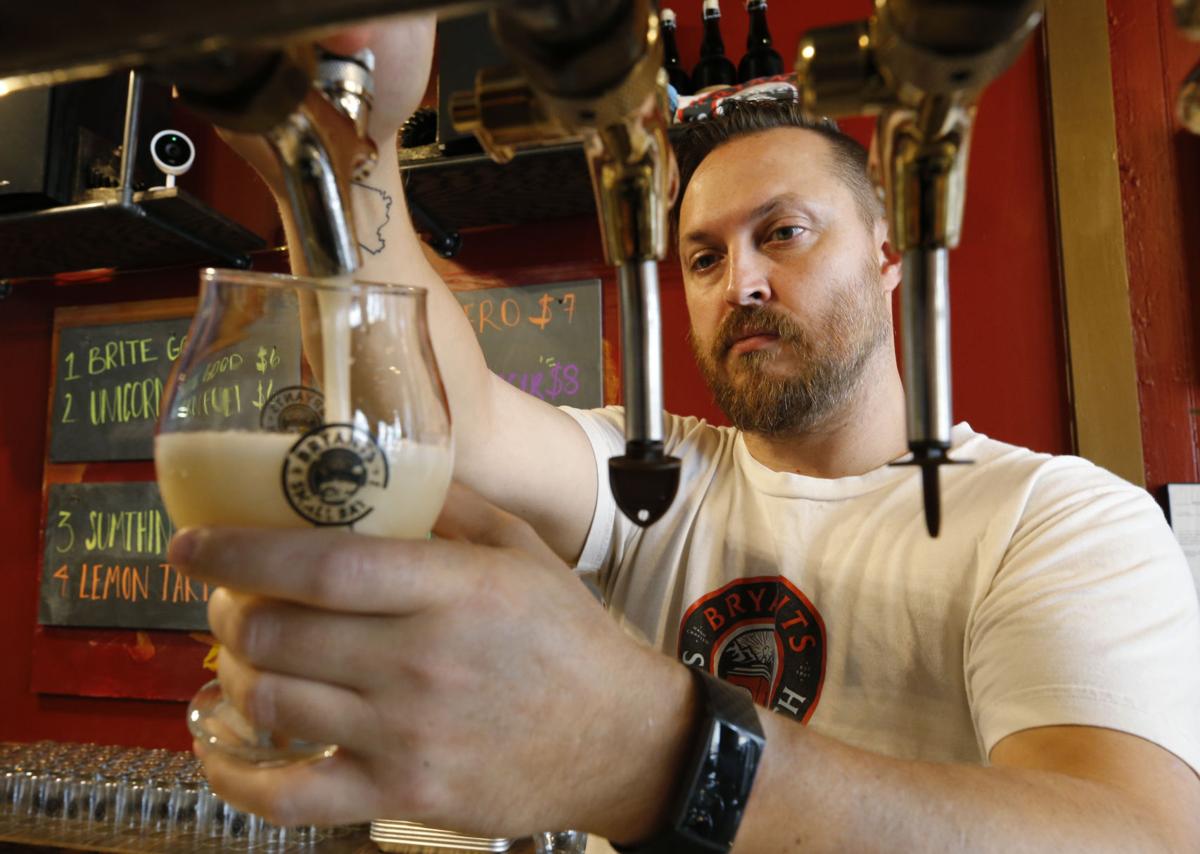 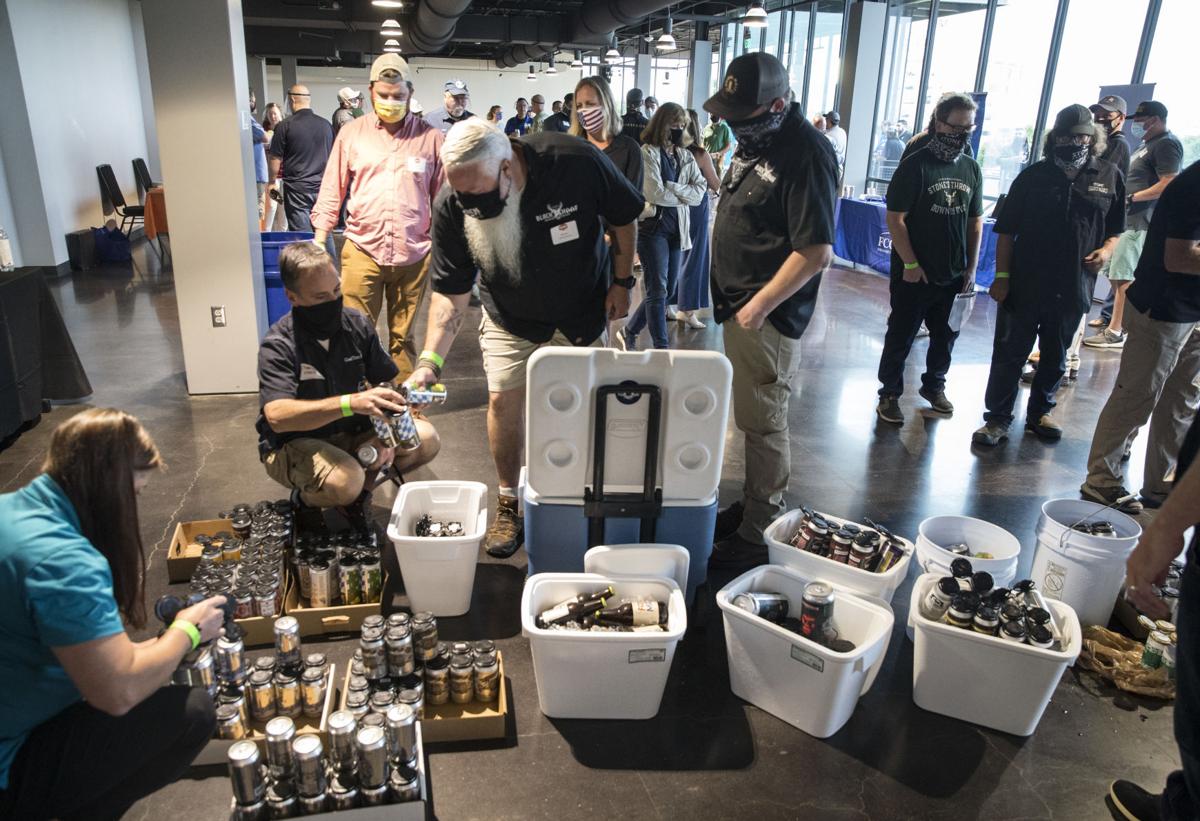 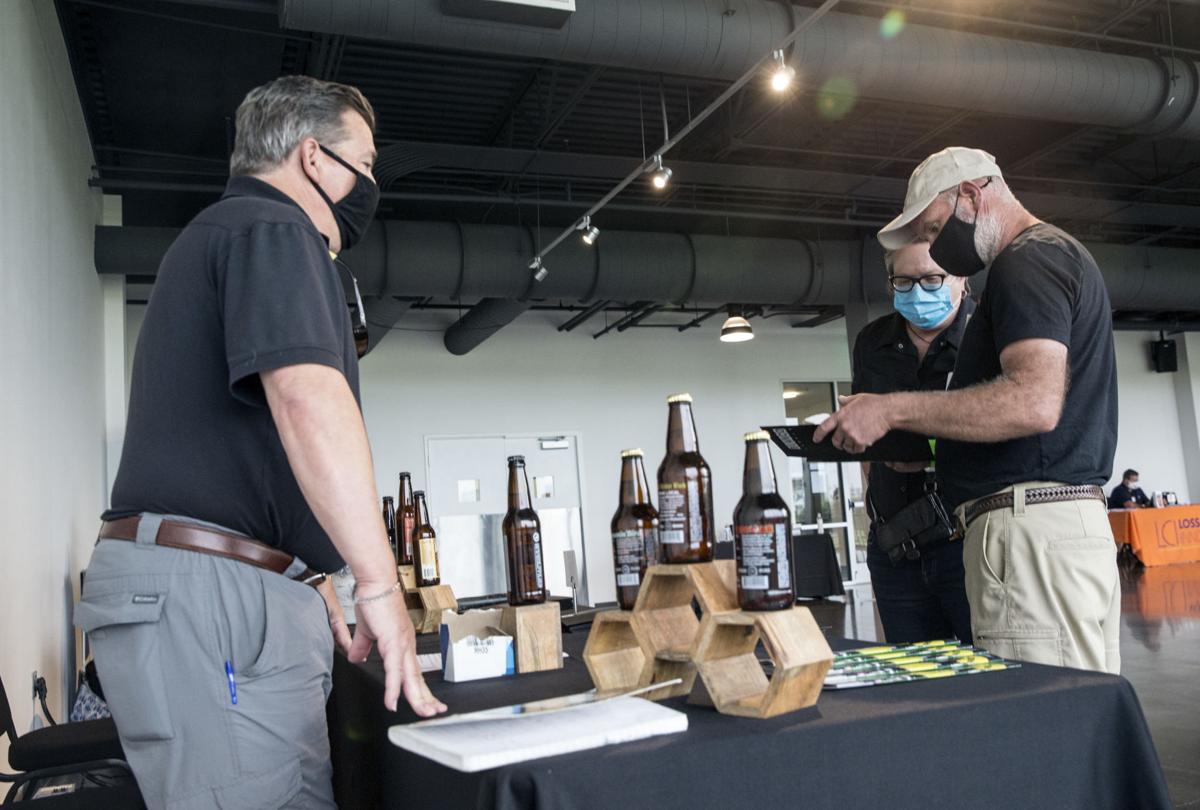 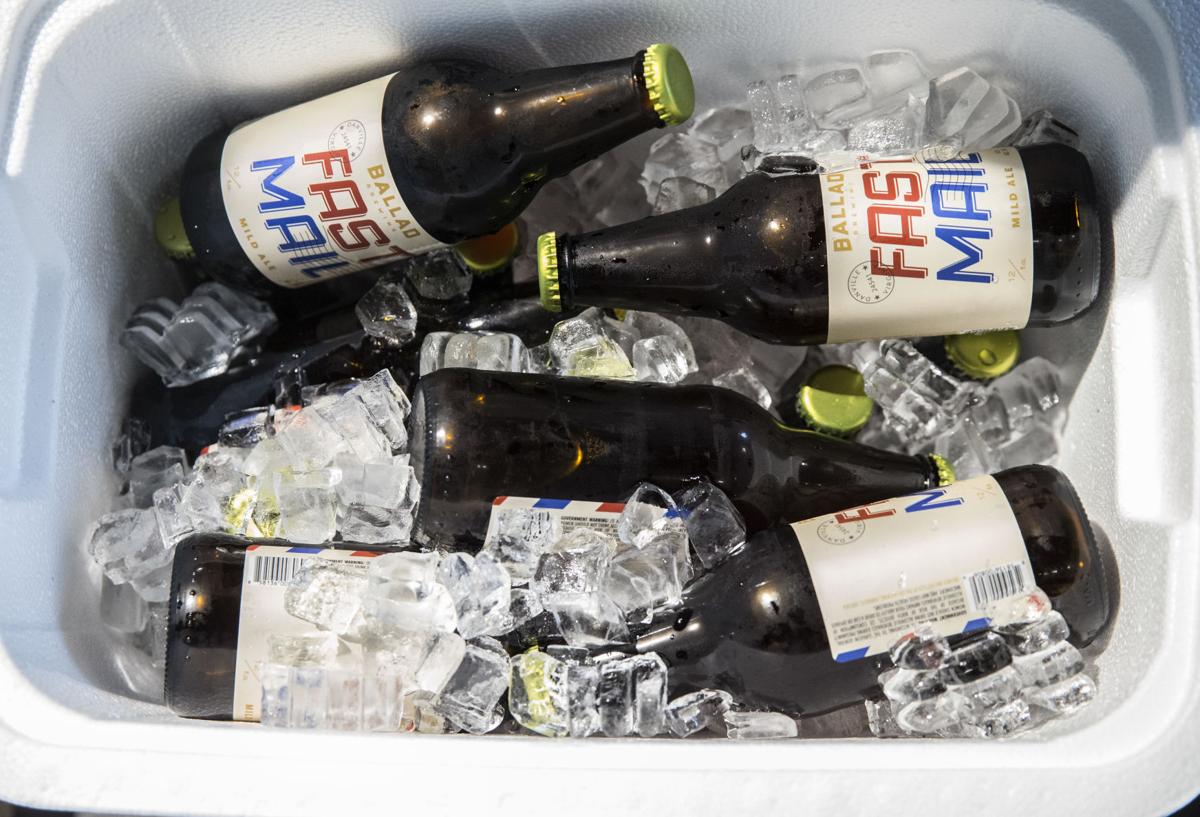 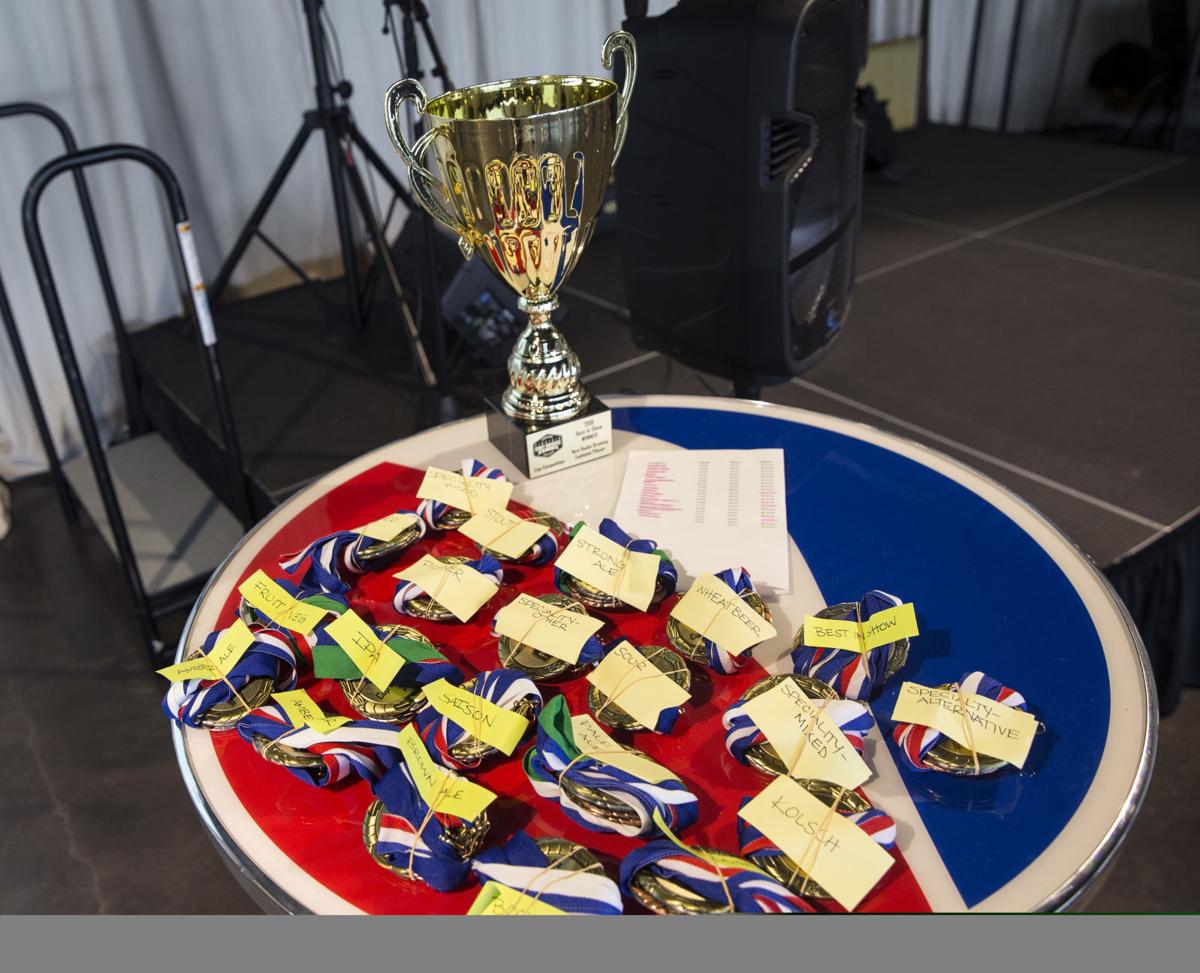 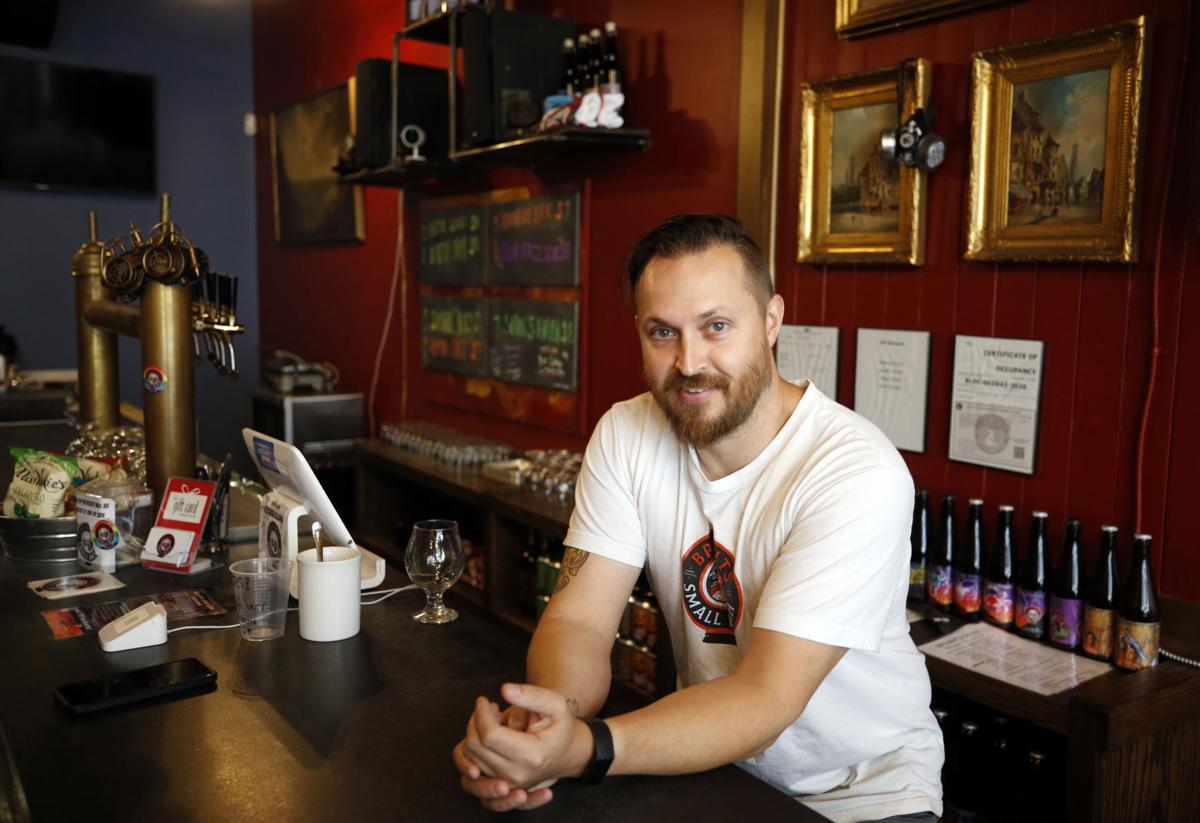 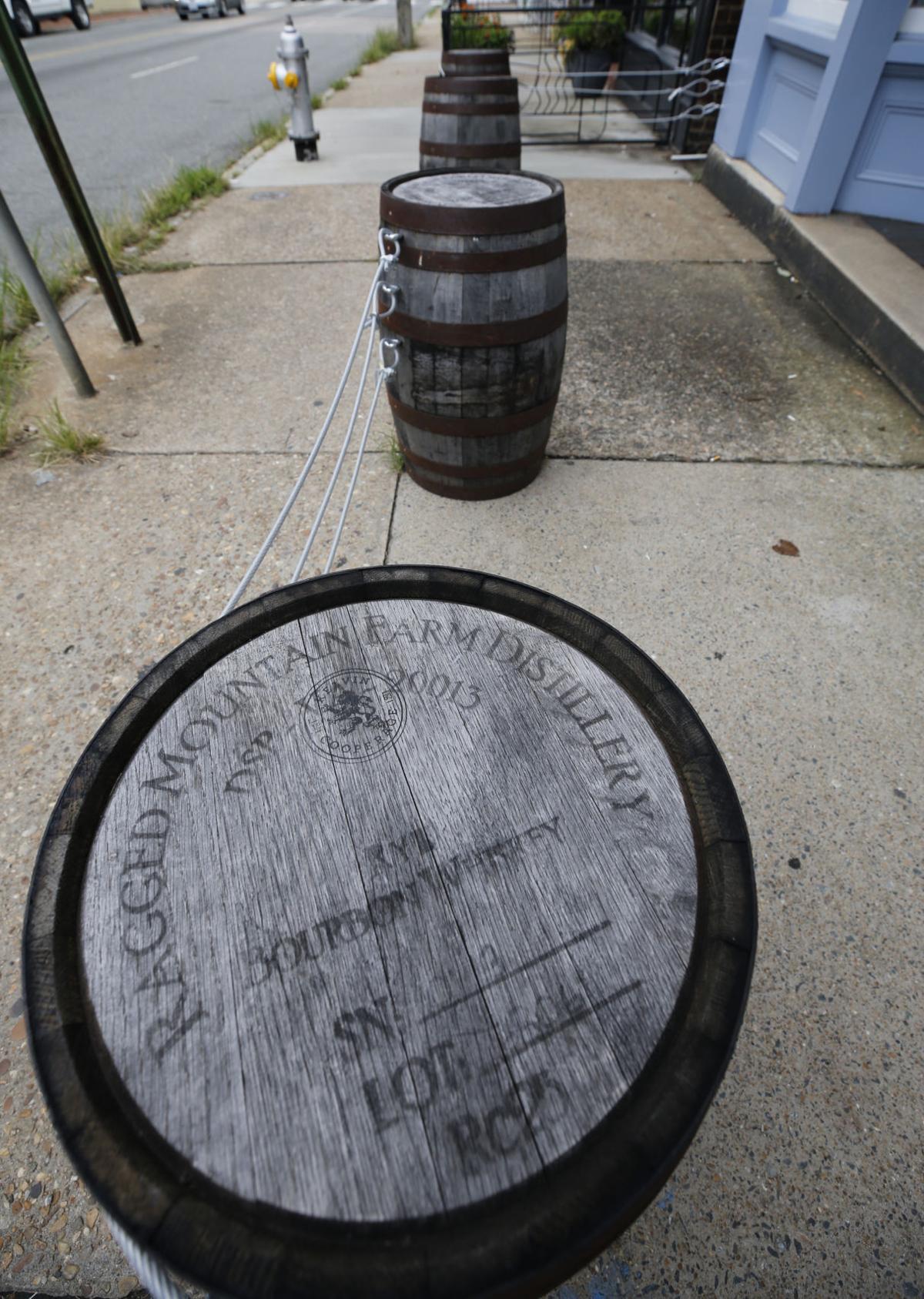 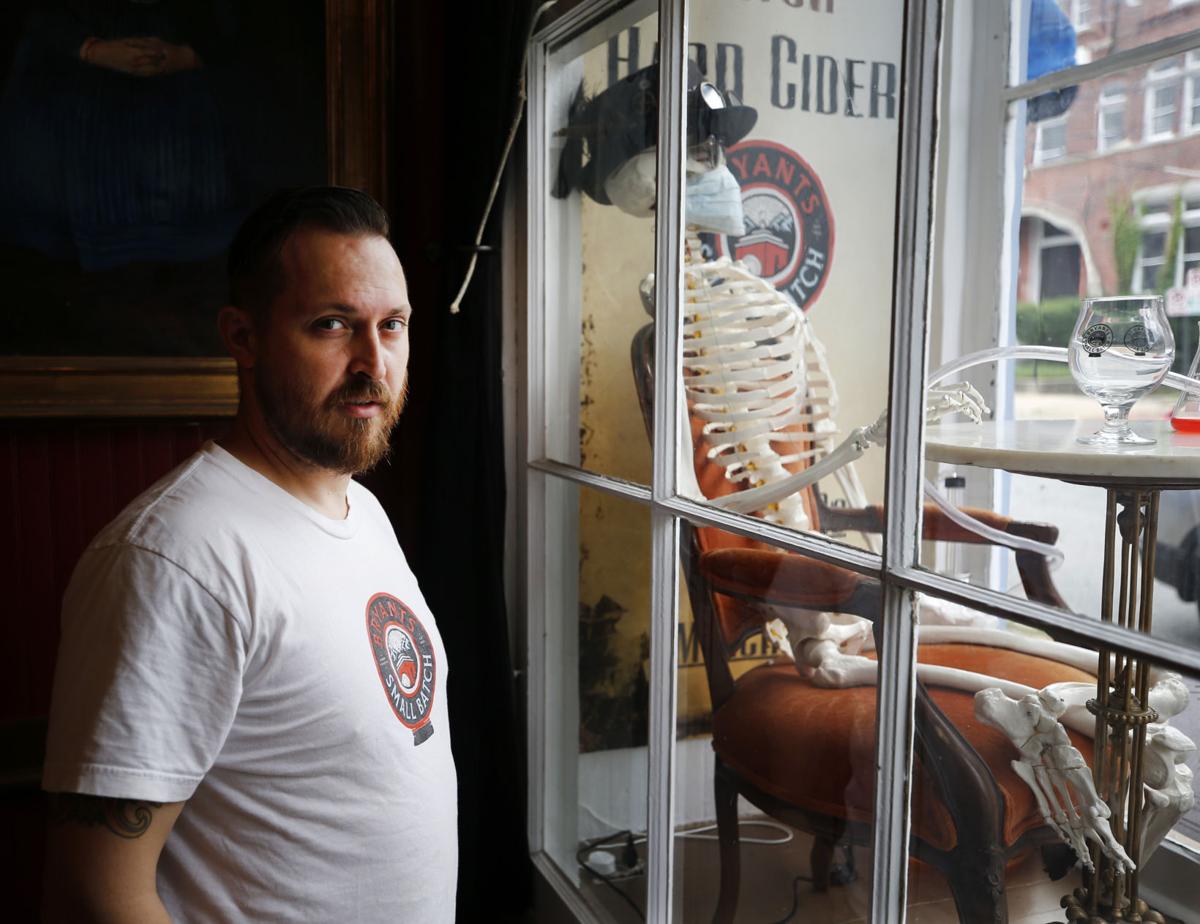 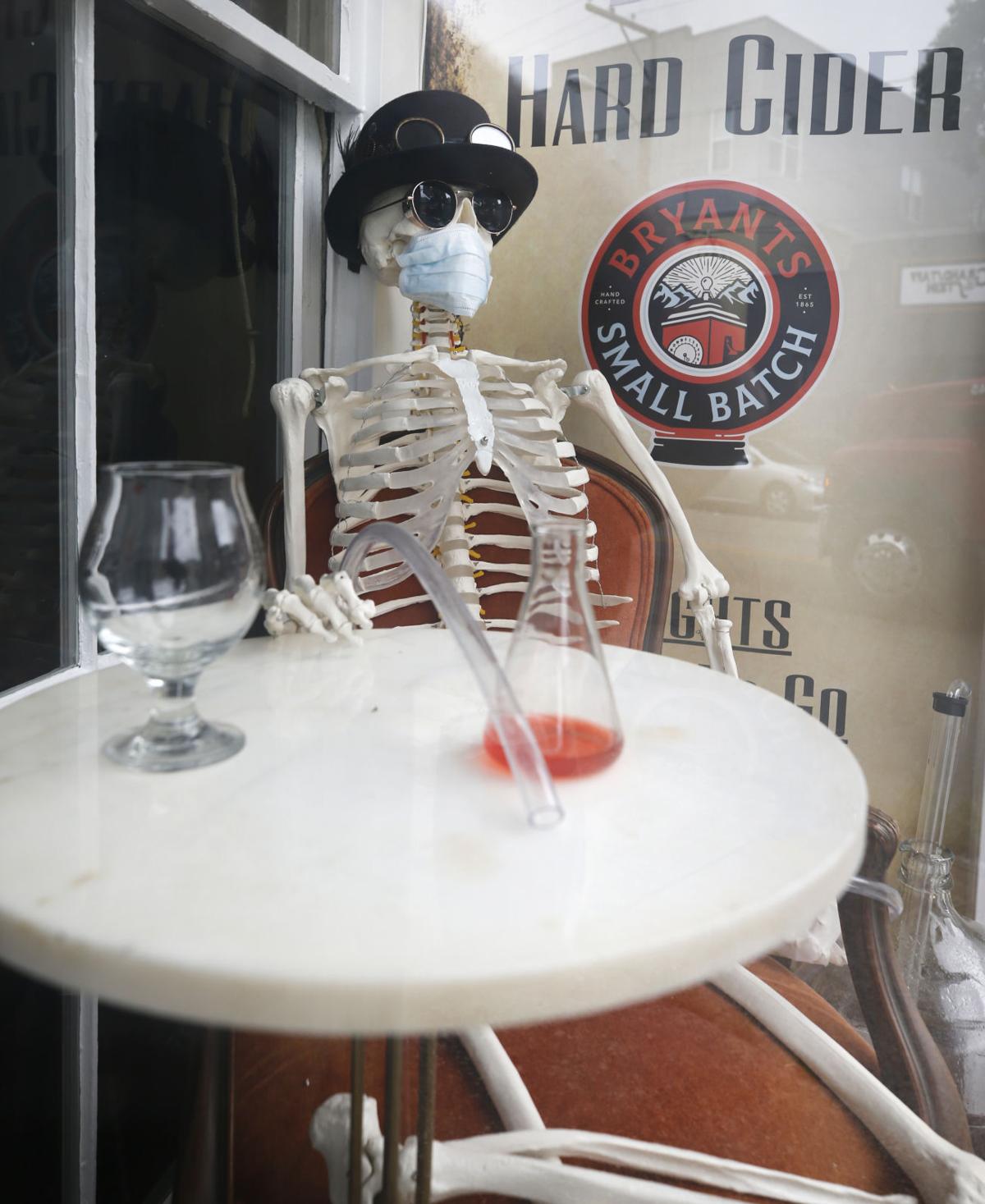 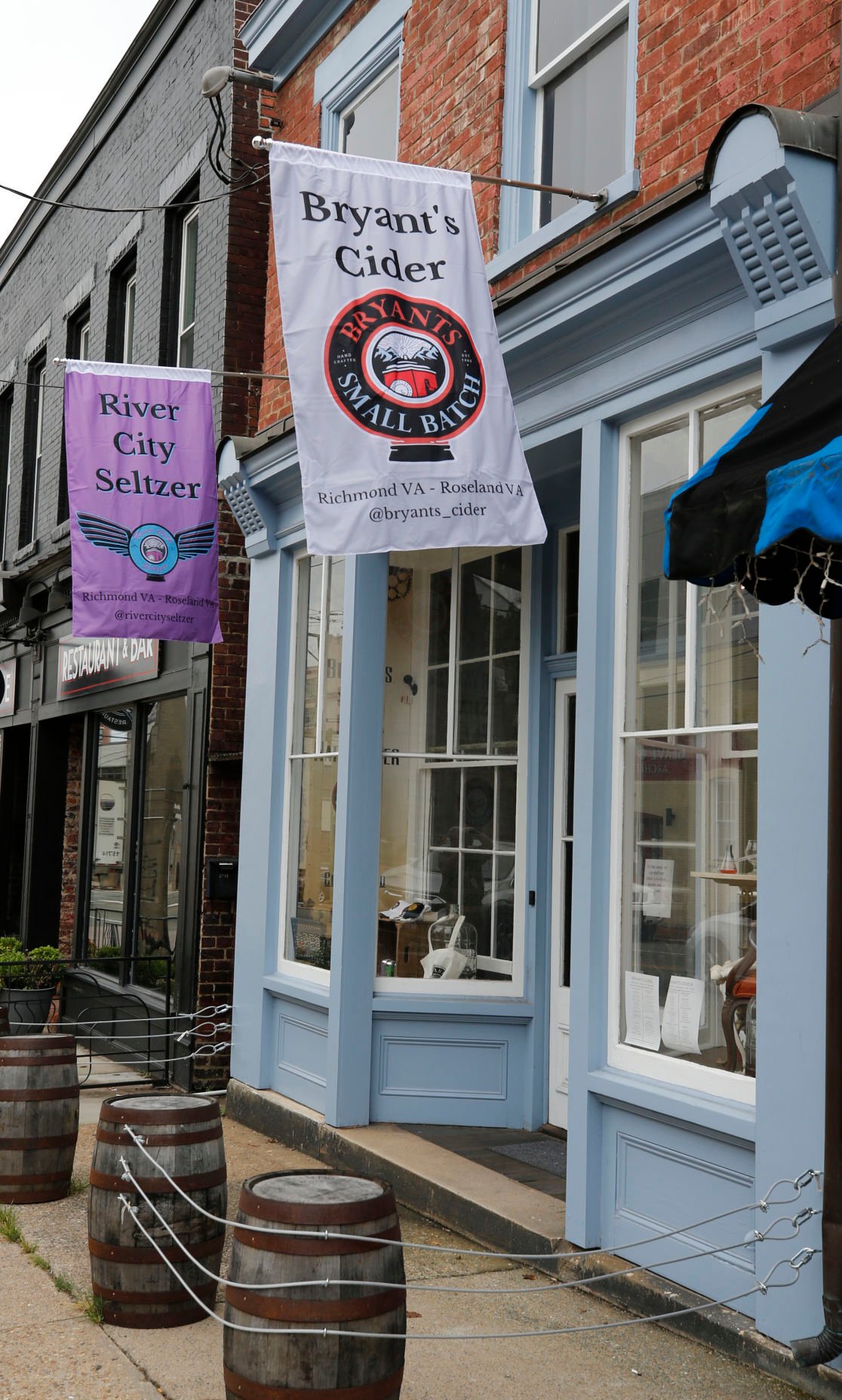 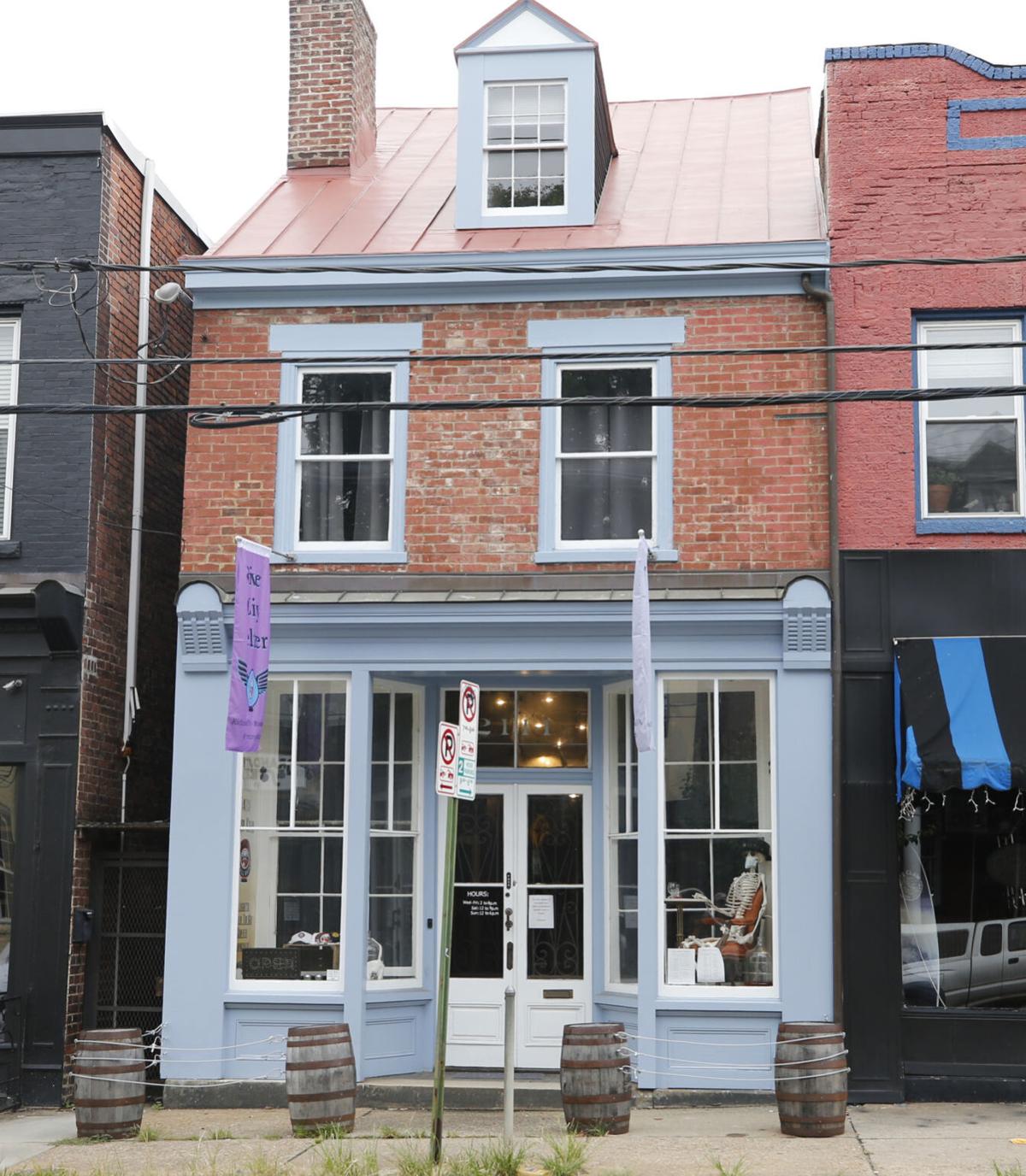 “Chaotic,” “agonizing,” “devastating,” a “roller coaster,” a “free fall” — these are the descriptors the people behind Richmond-area breweries use to depict the adverse effects the coronavirus pandemic has had on the region’s acclaimed craft brewing scene.

“It was just such a shocking series of weeks; the news just kept getting worse,” said Tom Sullivan, co-founder and general manager of Ardent Craft Ales. “And these waves of realization would just roll over not just this brewery or that brewery, but the whole industry.”

But now, six months into the pandemic, local breweries and cideries — a staple of Richmond’s dining scene — say they’re seeing signs of hope and recovery.

More than 80% of brewers in Virginia make a majority of their revenue from their tasting rooms, said Brett Vassey, president and CEO of the Virginia Craft Brewers Guild.

When revenue stopped coming in to Ardent, it affected everyone who has a hand in the business, some of whom agreed to defer payments due until the brewery was able to get back on its feet, Sullivan said.

“It was just amazing the amount of support we got from our suppliers in terms of flexible credit and payment terms in order to help us slow the cash strain on the business so we could just make it to the other side,” he said. “The brewing industry really did come together.”

Revenue numbers were not available for the approximately three dozen breweries in the region, but some, including Ardent, said they have recovered over the past few months to about 60% of their typical summer revenue.

According to Bart Watson, chief economist for the Brewers Association — a national trade group that works to support independent craft brewers — total volume sales of craft beer are down 25% to 30% nationally, with keg and on-premises sales taking massive hits of 95% and 65%, respectively, since the onset of the pandemic. Breweries’ revenue is typically split among on-premises sales and wholesale distribution.

Increased bottle and can production has helped offset the deficit only so much. And the smallest brewers, those that typically lean on keg and on-premises sales because their wholesale distribution is limited or nonexistent, have been hit the hardest — their volume sales are down 70% to 75%, according to national statistics.

Multiple brewers said that applying for and obtaining the Virginia Alcoholic Beverage Control Authority’s in-state delivery permit, which the ABC agreed to fast-track, was one of the first steps in changing their business models. They instituted curbside pickup, in-state shipping and direct delivery in an attempt to offset the worst of a bleak first few months.

Vassey expects online sales to become a permanent facet of the industry even after the pandemic has subsided and tasting rooms and restaurants return to full capacity.

With Carytown’s Garden Grove Brewing and Urban Winery not able to lean on distribution like larger brewers could, master brewer and winemaker Kevin Storm said virtually 100% of its business went online through delivery or curbside pickup.

Ardent’s Sullivan said his brewery typically has two revenue streams — it makes most of its money from its taproom and beer garden, and the rest from wholesale distribution.

“And what happened with COVID is those two things broke into like a million pieces and we had to put it back together,” Sullivan said.

But the combination of curbside pickup, delivery and in-state shipping has helped.

The industry “just had to build entirely new businesses overnight and figure out the logistics and the tools that make them possible,” Sullivan said.

Online sales and other new methods helped bridge the gap for many breweries, but in the immediate aftermath of tasting room closures and order cancellations, layoffs were unavoidable.

Hardywood Park Craft Brewery furloughed half its full-time team, Ardent laid off its entire taproom staff and Legend Brewing Co. let go nearly all its brewpub servers and kitchen staff. But after those spaces were able to reopen at limited capacity, the breweries have been able to bring back most of their employees.

Storm said Garden Grove was able to retain all of its employees through the worst of the pandemic, in part thanks to money received though the federal Paycheck Protection Program, though he said that with a 3½-barrel production cycle, his operation is much smaller than many in the Richmond area.

Storm said that lately, Garden Grove’s tasting room revenue has increased about 10% to 15% each week.

With breweries large and small across the country shifting their business models, a major problem emerged: There was a national shortage of 12-ounce aluminum cans.

“I can’t tell you the negative impact it’s had on the industry,” Vassey said.

Jerry Thornton, owner and cider master at Bryant’s Cider on East Main Street in Shockoe Bottom, has had to redo much of his labeling formats to fit 16-ounce cans because he can’t get 12-ounce cans.

Thornton, who bought the property for his tasting room in January, said he has faced an assortment of roadblocks associated with the pandemic.

Thornton was supposed to launch a seltzer line, River City Seltzer, in March, but that was pushed to September. He added that ABC has drastically slowed its label-approving process — what was once a five-day process now takes as long as a month. The voicemail message on ABC’s beverage approval line says the delays are because of a backlog resulting from higher-than-normal volume during the pandemic.

Legend Vice President Dave Gott said to-go and delivery orders, combined with the brewery’s significant commercial distribution, allowed it to stem the tide. He added that Legend’s ample outdoor space has allowed it to operate at 50% capacity since June, and that also has helped revenue begin to rebound.

Gott is more optimistic today than he was a month ago.

“Whether your business is big or small, it’s your baby. It’s your livelihood,” he said. “So you want to make the best of it; you want to keep it going. I think it’s been tough on everyone.”

The office will be the seventh location overall for Gather, which was founded with one space in Richmond in 2014.

The rate rose from 6.1% in August to 6.2% in September, even though the number of people counted as unemployed declined and employers reported adding jobs.

The Times-Dispatch’s seventh annual report on the area’s Top Workplaces reveals the first-, second- and third-place rankings of businesses in each of four size categories — mega, large, midsize and small.

Four Richmond-area top executives are honored with special awards for their leadership in this year’s Top Workplaces competition.