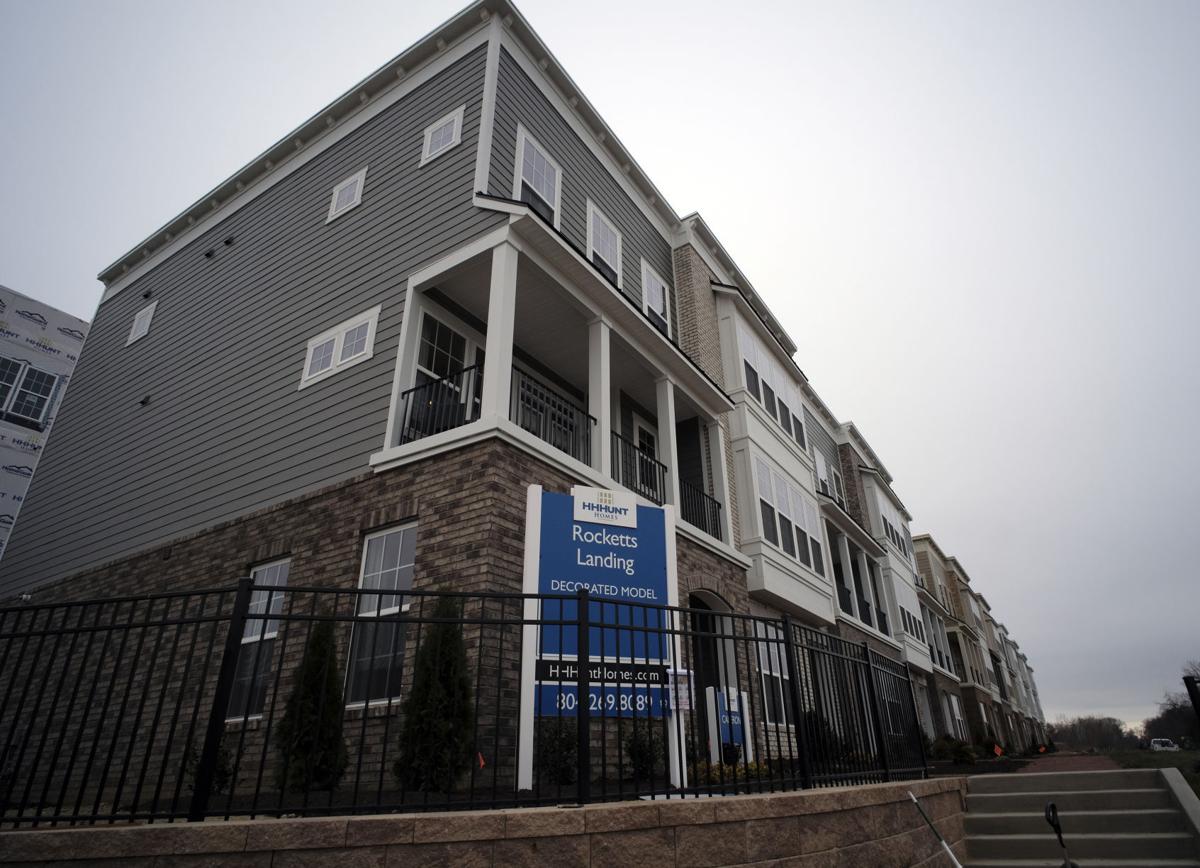 The Rocketts Landing project has recovered from a slow start and is moving forward on several phases. 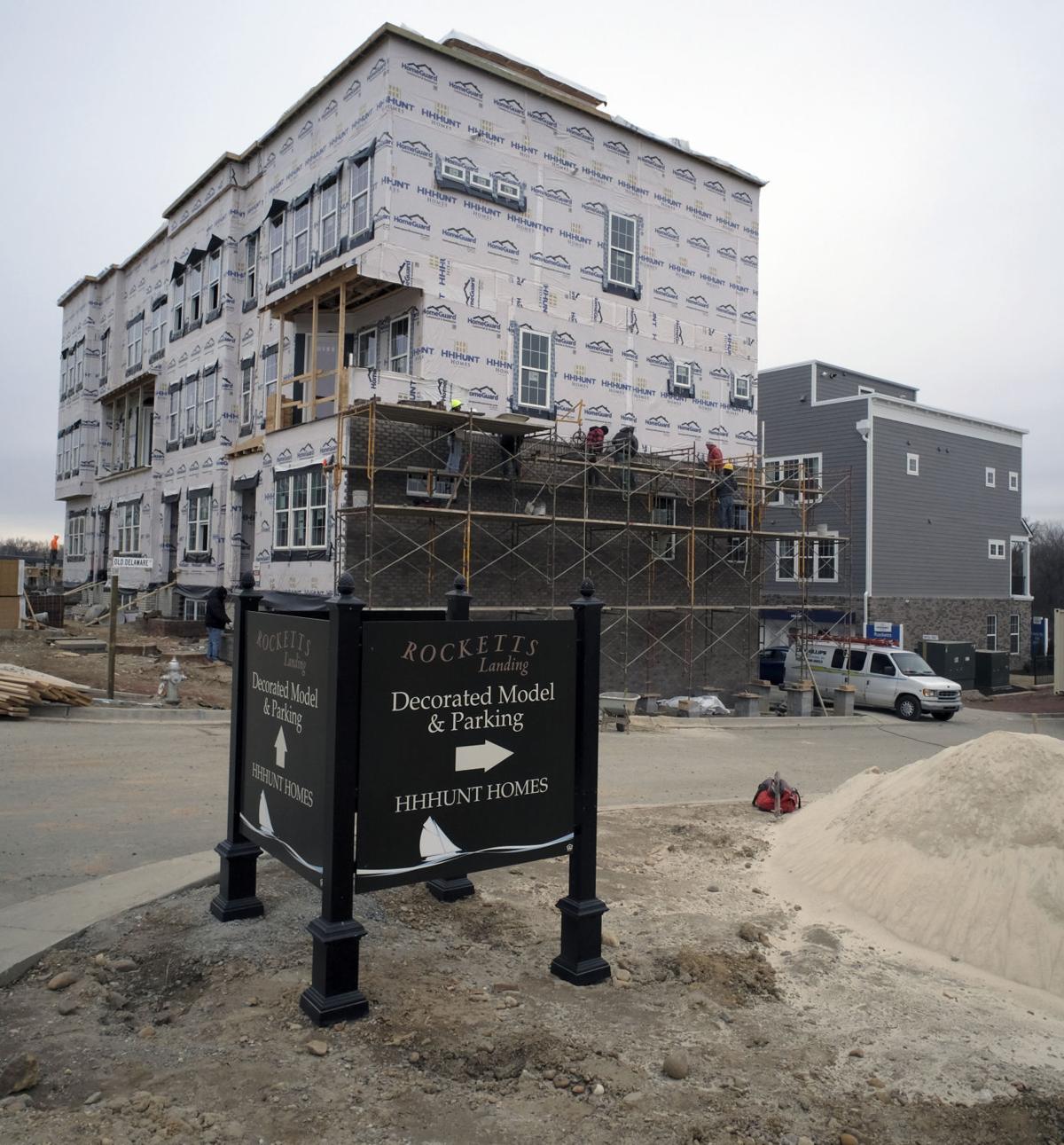 Rocketts Landing, a mixed-use, high-density development, is back on track with construction in full swing.

“We’ve got a lot of momentum going,” said Richard Souter, a principal with The WVS Cos., the Richmond-based developer on the project straddling Richmond and Henrico County along the James River.

The first units in a 156-unit apartment building on the Henrico side are scheduled to be finished in April. Across the street, the first of 28 town houses in various stages of development by HHHunt Homes, is sold and occupied.

Also in this section will be 12 town houses fronting Old Main Street, on the 5100 block of the main road through the development. A blue warehouse demolished by year’s end will make way for these town houses, also to be built by Henrico-based HHHunt.

By the end of July, all but one parcel in this second phase of construction — encompassing four city blocks — should be finished. An additional 130 apartments are planned for the remaining parcel, but construction won’t start until the first building is well on its way to being fully leased, Souter said.

Plans also are under way for phase three — another four blocks on the 5200 and 5300 blocks of Old Main Street, where Stanley Martin Homes will build a four-story condominium project on one block. Each condo will be two stories with one condo on the bottom levels and the other on the top two floors.

The condo project is in the infrastructure stage with construction expected to start in April. That will leave three more blocks slated for another apartment building and two undecided parcels, Souter said.

“Our current focus is on the Henrico side, but we still have a number of blocks on the city side of our development to be determined,” Souter said. The Boathouse restaurant and Conch Republic operate on the city side. Souter said he sees opportunity for more restaurants and a hotel in that section.

Rocketts Landing has gotten a boost from the nearby Stone Brewing complex, he said. The brewery is running and the company is working on a bistro and beer garden.

With the brewery project, the city is reconfiguring the streetscape from Poe’s Pub to Rockets Landing, providing another boon for the development. “It will give Rocketts Landing a very attractive entryway,” Souter said about the city’s efforts.

Throw in the Virginia Capital Trail, a 52-mile bicycle and walking trail that goes through Rocketts Landing, and next year’s start of Pulse bus rapid transit line from there to Willow Lawn in Henrico. “Those were the final links that Rockets Landing needed to tie itself into the downtown fabric,” Souter said.

“When you look at what makes urban neighborhoods work, connectivity is a very important element,” he said.

Rocketts Landing got off to a slow start in 2005, just as the nation was heading toward recession. Housing prices peaked in 2006 and hit new lows in 2012 before turning around.

“We probably lost four years during the recession,” Souter said about the development. “We have all our momentum back and hopefully no more surprises.”

The Rocketts Landing project has recovered from a slow start and is moving forward on several phases.