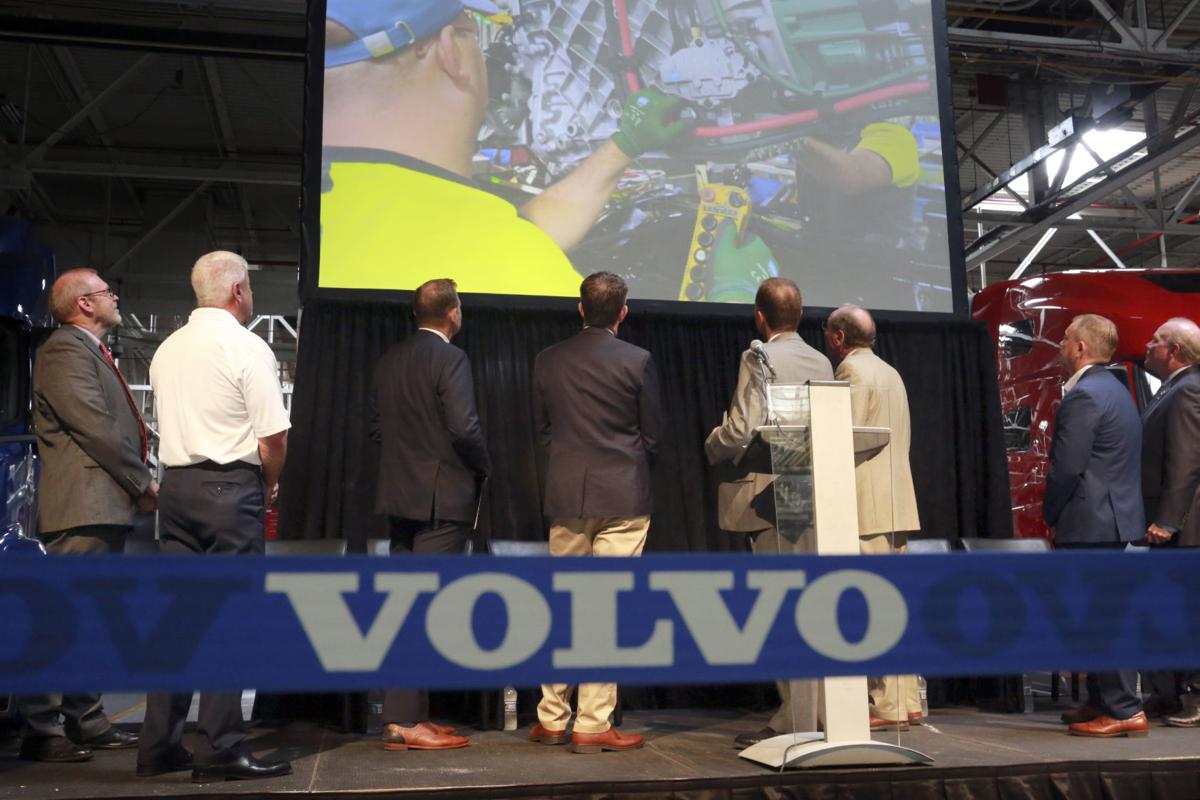 Volvo Trucks will receive $16.5 million in state incentives to expand its plant in Pulaski County. The state dollars are contingent upon the manufacturer hitting its hiring and investment targets. 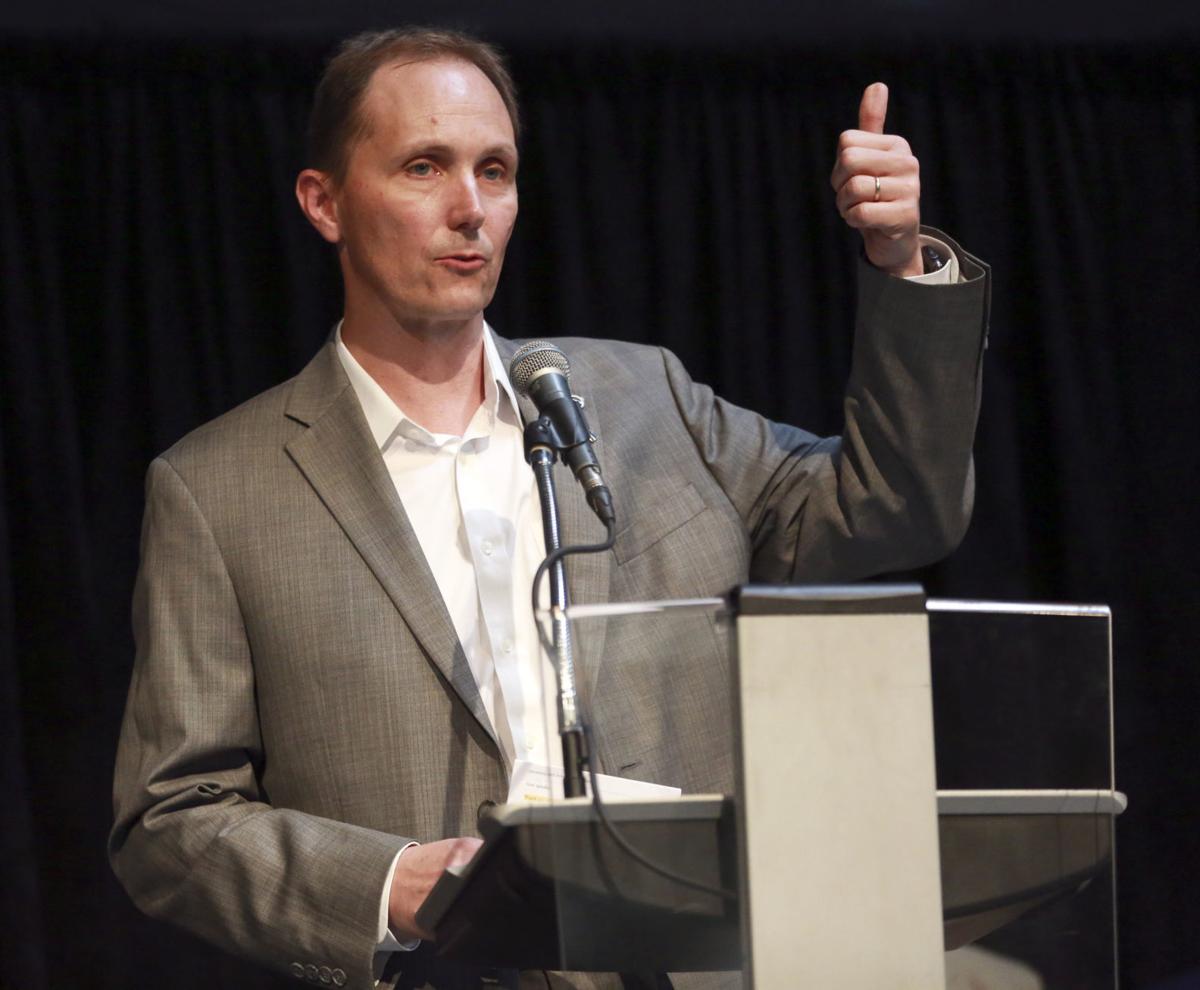 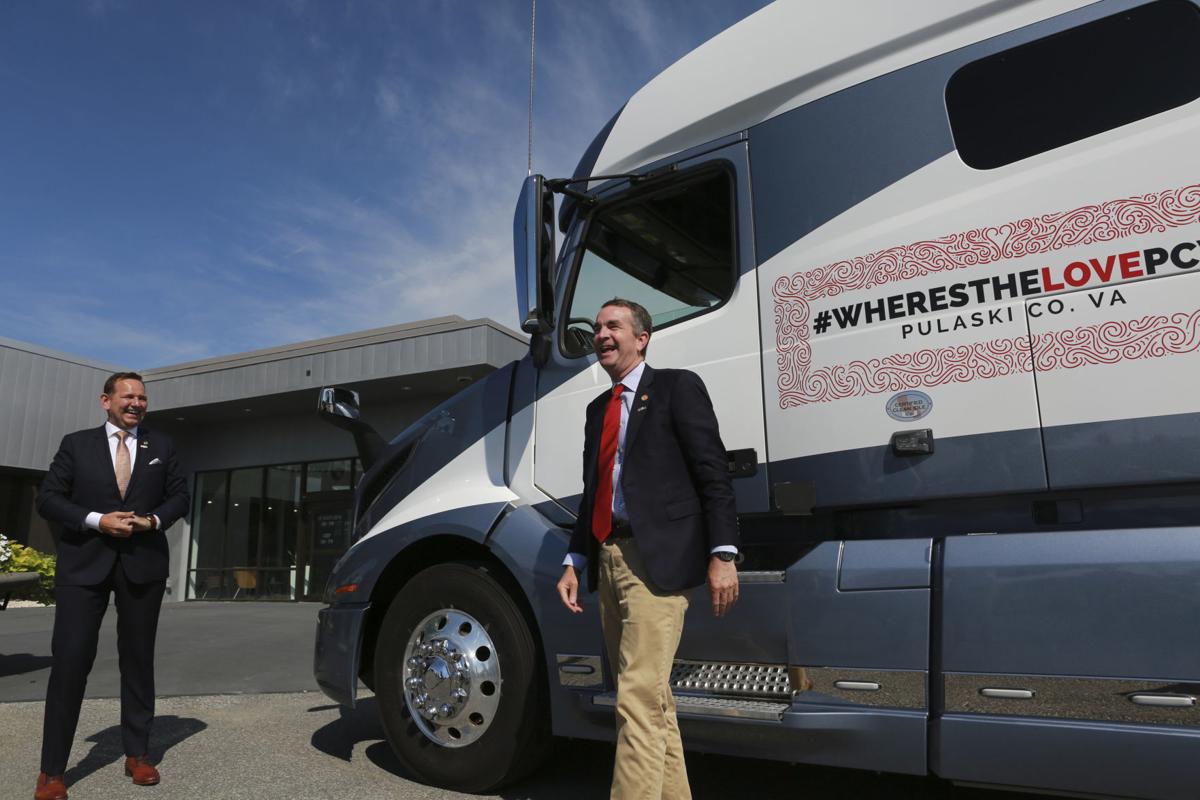 Virginia Gov. Ralph Northam arrived in front of the Volvo New River Valley Plant behind the wheel of a custom Volvo truck prior to the announcement.

DUBLIN — Volvo Trucks is planning to invest $400 million to expand its Virginia factory over the next six years, increasing employment capacity by 777 people.

Volvo is already the largest private-sector employer in Southwest Virginia, and now — after what state leaders are calling the largest capital investment in the history of the region — it would be able to accommodate roughly 4,000 workers at its height.

To go along with the unusually large investment, there’s an unusually large $16.5 million incentive package offered up by the state. It was approved by the General Assembly’s Major Employment and Investment Project Approval Commission, a body that must review state incentives more than $10 million.

The deal is contingent on the company hitting its promised hiring and investment milestones.

Del. Nick Rush, R-Montgomery, represents Pulaski County and is also the vice chairman of the MEI Project Approval Commission. He said the incentive is proportional to the investment and will show a return.

Rush said projects like these are why he lobbied to be on the commission, so he could represent rural Virginia.

“I’m actually philosophically opposed to incentive packages,” Rush said. “But for me, it’s like the old nuclear war arms race. I’m not giving up my incentives until everybody else gives up theirs.”

Pulaski County also helped sweeten the deal for the company that serves as the backbone for its manufacturing labor market.

The Pulaski County Industrial Development Authority purchased 221 acres of farmland adjacent to the plant for $2.7 million in 2017, before there were any concrete expansion plans.

The county will now give that land to Volvo, along with $500,000 that it will spend on public infrastructure improvements such as utilities and road access.

Without the county looking ahead and purchasing the additional land to grow, Pulaski County Administrator Jonathan Sweet said this announcement might not have been possible.

“Every community in the country that has an existing facility like this needs to be cautious,” he said. “You’ve got to support your existing industry. And the way to do that is to understand what their current and long-term needs are and make sure you’re positioning your economic development program to support that.”

Volvo expects to take up to six years to get employment near 4,000 people, which plant general manager Franky Marchand said would be a record. The plant employs about 3,500 people today, but that number is in constant motion.

There will be upgrades around the existing facilities, but the biggest expansion is the construction of a 350,000-square-foot building on the land gifted from the county. One of the early uses for the new building will be welding truck cabs, Marchand said.

The plant is coming off one of its best years, as the trucking industry saw record-breaking demand in 2018.

But Kenny Vieth, president of trucking industry analyst ACT Research, said the data are pretty clear that the boom cycle is coming to an end. Freight rates are falling, manufacturing and machinery production is stagnating, and automotive and housing markets are moving lower.

Volvo announced earlier this week that it anticipates layoffs by the end of the year because of these industry trends. It serves as a reminder that — while everyone was all smiles on Friday — this is a cyclical industry that ebbs and flows with the overall economy.

The Dublin facility has been producing trucks under various brand names for more than 40 years. It first opened as the White Motor Corp. in 1975 with 150 employees on a 300-acre site. Volvo bought White’s truck business in 1981.

The company made similar headlines in 1999, when then-Gov. Jim Gilmore announced Volvo’s plans to invest $148 million in the plant and add 1,277 jobs. At the time, the company employed 2,400 people.

Volvo far surpassed the investment pledge, and created some of the new jobs. But the economy slumped before 2009, employment dropped below 1,500, and the company was forced to pay back some of the state incentives.

Gov. Ralph Northam made the announcement at Friday’s event, pulling up to the Dublin factory behind the wheel of a Volvo big rig.

“We live in a competitive world. I think they [Volvo Trucks] are very pleased with being here in Virginia and Pulaski County,” the governor said after Friday’s event.

CVS Health is doubling the number of drive-thru COVID-19 testing sites at its pharmacy locations around the country, the company said in a sta…

Volvo Trucks will receive $16.5 million in state incentives to expand its plant in Pulaski County. The state dollars are contingent upon the manufacturer hitting its hiring and investment targets.

Virginia Gov. Ralph Northam arrived in front of the Volvo New River Valley Plant behind the wheel of a custom Volvo truck prior to the announcement.