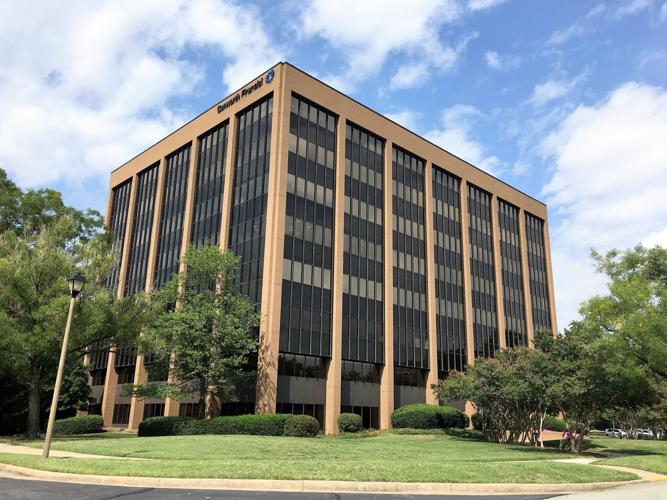 Genworth Financial Inc. operates in four buildings on 46 acres in the Brookfield office park in Henrico County. This eight-story structure was built in 1973 and serves as the company’s main office. The campus also has a six-story building, two five-story buildings and a parking desk. 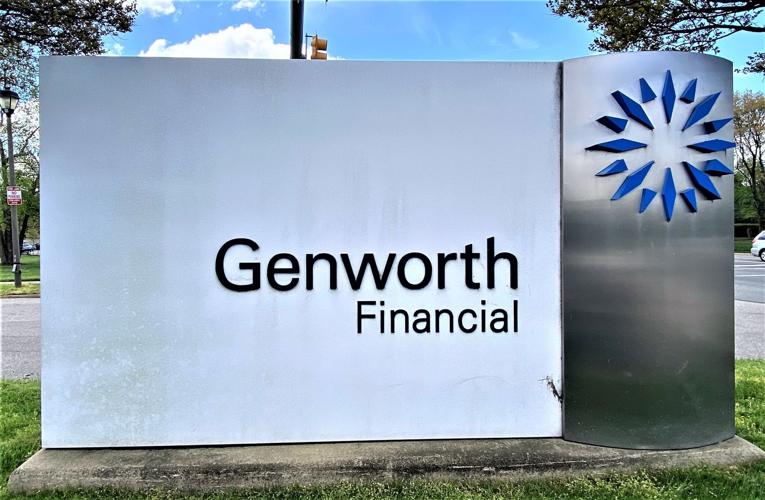 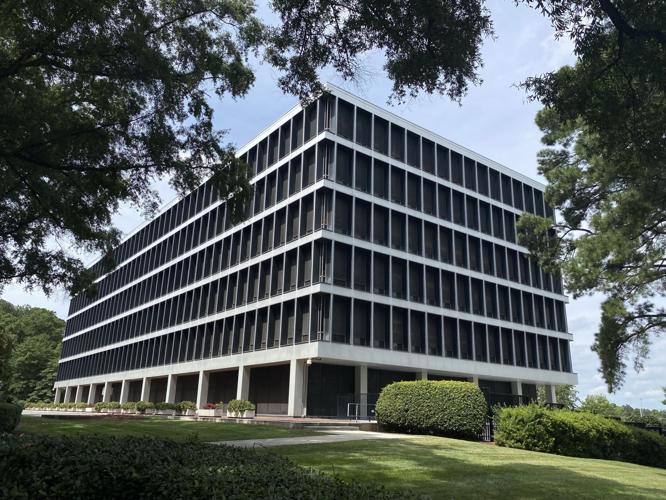 This eight-story building at 6603 W. Broad St. in the Reynolds Crossing development is across the street from the headquarters for Altria Group Inc., the parent company of Philip Morris USA. Genworth Financial is subleasing 88,000 square feet in that building.

Genworth Financial Inc. is in the beginning planning stages of redeveloping the insurance giant’s corporate headquarters campus off West Broad Street at Interstate 64 in Henrico County.

The initial plans call for building a new corporate headquarters but also could include adding other corporate office buildings and space for retail, town homes, apartments and restaurants on the 46-acre property across West Broad Street from the Reynolds Crossing development.

“We are very very early in the process. We soon will start a process to identify and engage the development partner, or partners, that can best work with us to achieve the highest and best use for the campus and support a thriving Richmond community,” Genworth spokesperson Amy Rein said.

“To provide a more modern workplace for our colleagues and best leverage the valuable real estate asset we have in the Richmond campus, we are planning to redevelop the campus,” she said. “As we embark on Genworth’s next chapter ... we understand the important role that our physical space plays in that environment.”

Before redevelopment begins, Genworth plans to relocate its employees from the four-building Brookfield office park campus into a smaller sublease space in Reynolds Crossing.

Genworth employees have been working remotely since the early days of the pandemic in March 2020. But when they do return to the office, they will work from the Reynolds Crossing building, which will be used as temporary space until a new corporate building or buildings is constructed, Rein said.

“We are trying to find a cost-effective solution to provide space while we get through this redevelopment process,” she said.

Genworth, one of the Richmond region’s largest private employers with about 850 local workers, didn’t give a timetable for the redevelopment plans nor any further details, including potential development partners. “We look forward to updating our stakeholders in due course,” she said.

Genworth is subleasing 88,000 square feet in the eight-story building at 6603 W. Broad St. in Reynolds Crossing, which is across from the headquarters for Altria Group Inc., the parent company of Philip Morris USA. Altria for years had used that building, which was built in 1968 and renovated in 2007.

Genworth didn’t say how long it would sublease that space.

Genworth had planned to reopen its offices on Sept. 7, but said in early August that plan had been pushed back until at least October because of the rapid spread of the more contagious delta variant of the COVID-19 virus.

The company continues to monitor local COVID-19 trends and has not yet identified an opening date for the Reynolds Crossing space, Rein said.

“When we do reopen the offices, we will be using a hybrid approach to work. We’ve been [taking the pulse] of our colleagues along the way to gauge their preferences on work. So we took that feedback and numerous other factors into consideration when we landed on the space” in Reynolds Crossing, Rein said.

“Everybody that worked on the campus prior to March 2020 will not sit in the new space [in Reynolds Crossing] once it reopens as lots of them have told us that they are quite comfortable continuing to work from home,” she said. “We will continue to offer flexibility but also have a place for people to come in if they would like to.”

Genworth will use the existing office furniture in the Reynolds Crossing building and will move files and other belongings out of the current buildings into the new space over the next several months. Some items will be put in storage or discarded.

Redeveloping and re-imagining the aging Brookfield office park is a good move, said Joseph P. Marchetti Jr., a managing director at commercial real estate brokerage Colliers International, which is not involved in the Genworth project.

Other maturing office parks in the region are rethinking what they look like and should be, he said.

At the Innsbrook Corporate Center, for instance, different developers are expected to add more than 3,000 apartments and town homes over the next 10 years or so, transitioning the 630-acre Innsbrook from mostly an office park to a place where people can work, live and play.

Office parks “need different types of communities — the residential community, the office community and the retail community. They needed them all to work together because when they work in unison, it thrives,” he said. “That’s kind of the point of Brookfield. It needs this mixed use in order for it to have longevity and for the real estate assets to thrive for a long period of time.”

The property also is part of the federal “opportunity zones” program. That particular zone also includes land in the Libbie Mill-Midtown mixed-use development off Staples Mill Road and Reynolds Crossing.

Congress approved the opportunity zones program as part of the federal tax overhaul in late 2017. The program rewards investors with tax breaks for putting money earned from other investments back into businesses or real estate projects in more than 8,700 census tracts around the nation.

The four buildings in the Brookfield office park were built in the 1970s and early 1980s for the former Life of Virginia.

The business was sold to GE Capital, the financial services unit of General Electric Co. Genworth Financial was formed in October 2003 by the joining of several GE Capital insurance companies, and the company went public on the New York Stock Exchange in May 2004.

The oldest building is the main eight-story structure that was built in 1973. The campus also has a six-story building, two five-story buildings and a parking deck.

The property also includes the former Ramada Plaza Richmond West hotel, which had been the Sheraton Richmond West and the Hyatt House before that. Genworth bought the hotel, built in 1974, for $3.8 million in October 2011 and demolished it the following year.

News of the redevelopment of Genworth’s campus comes months after the company announced that a plan to sell itself to a China-based investment company was officially dead.

Genworth terminated its merger agreement in early April with China Oceanwide Holdings Group Co. Ltd., a Beijing-based company that agreed in October 2016 to buy Genworth for about $2.7 billion, or $5.43 per share in cash.

The deal subsequently got tied up in years of government regulatory reviews in the United States and Canada, forcing Genworth and China Oceanwide to delay the completion of the merger 17 times.

In a long-running contest for deposits, this round went to Virginia banks

A group of small Virginia banks has blocked the giant Virginia Credit Union from adding a large, prosperous bloc of potential customers to the…

Workers' comp rates in Virginia could be headed down

Workers’ compensation premiums in Virginia could be headed down, good news for employers in a difficult economy that reflects the impact of th…

Your Funds: Break-even isn’t an investment target; don’t focus on it

My friend Mark told me recently that he is excited that the market’s recent rally might get him back to break-even on a stock he wants to sell.

As prices surge, store brands have become an attractive option, but their origins remain largely secretive.

Back-to-school shopping a predictor of how the holiday selling season will fare.

With fears over COVID on the decline, recessionary fears are likely weighing heavily on retailers.

QUESTION: Have you found that applicants lying on resumes is a big issue for small businesses? If so, what do they do and how do they get away…

Genworth Financial Inc. operates in four buildings on 46 acres in the Brookfield office park in Henrico County. This eight-story structure was built in 1973 and serves as the company’s main office. The campus also has a six-story building, two five-story buildings and a parking desk.

This eight-story building at 6603 W. Broad St. in the Reynolds Crossing development is across the street from the headquarters for Altria Group Inc., the parent company of Philip Morris USA. Genworth Financial is subleasing 88,000 square feet in that building.