Before he died, Mike Hughes decided to buy time on an outdoor billboard near his downtown condo. (“Hughes” is for the billboard’s owner, Goochland County-based Hughes Outdoor Media. The two Hugheses are not related.) 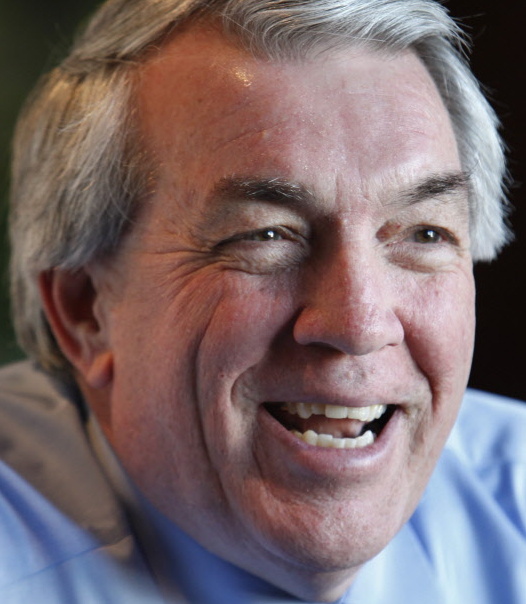 Before he died, Mike Hughes decided to buy time on an outdoor billboard near his downtown condo. (“Hughes” is for the billboard’s owner, Goochland County-based Hughes Outdoor Media. The two Hugheses are not related.)

Even in death, Mike Hughes is still spreading his message.

The 65-year-old advertising icon, who died Sunday, had a billboard put up near his downtown Richmond condominium sending a warm-hearted yet simple proclamation to his wife — and inevitably to others.

The ad says “Every day. Laughter. Joy. Love. For the rest of your life. L.M.” The “L.M.” stands for “Love Me,” the signature Hughes had put at the end of his emails in the past year or so, although some thought it meant “Love Mike.”

The billboard went up Wednesday afternoon, three days after Hughes, the longtime president and creative soul of The Martin Agency, died. Hughes, a nonsmoker, was diagnosed with lung cancer nearly 16 years ago and was told by his doctors in January that he had two weeks to live.

The ad can be seen driving south on the 14th Street bridge toward Manchester — in sight of the Vistas on the James high-rise condominium along the James River where Hughes and his wife, Ginny, have a unit.

While the billboard is intended for his wife — she can see it from their condo — a Martin spokesman said the ad also is for everyone.

His wife agreed. “Mike is still having an impact on people’s lives because hundreds will see this billboard every day,” Ginny Hughes said in a statement. “He’s encouraging everyone to live their life to the fullest.”

The billboard should be up for a couple of months.

It had been in the works for months. The timing of it going up this week and his death was a coincidence, a Martin spokesman said.

Except for the “L.M.” signature line, Hughes’ name doesn’t appear on the billboard.

But by serendipity, bold letters below the ad says “Hughes” — for the billboard’s owner, Goochland County-based Hughes Outdoor Media, owned by Steve Hughes. The two Hugheses are not related.

It could be the beloved Hughes’ way of winking at us one last time.

Celebration of Hughes’ life set for Jan. 3 at Carpenter Theatre

The Martin Agency announced Monday that the public celebration of the life of Mike Hughes will take place at 10 a.m. Jan. 3 at the Carpenter T…

Economic Impact: Some summer jobs might be hard to find this year