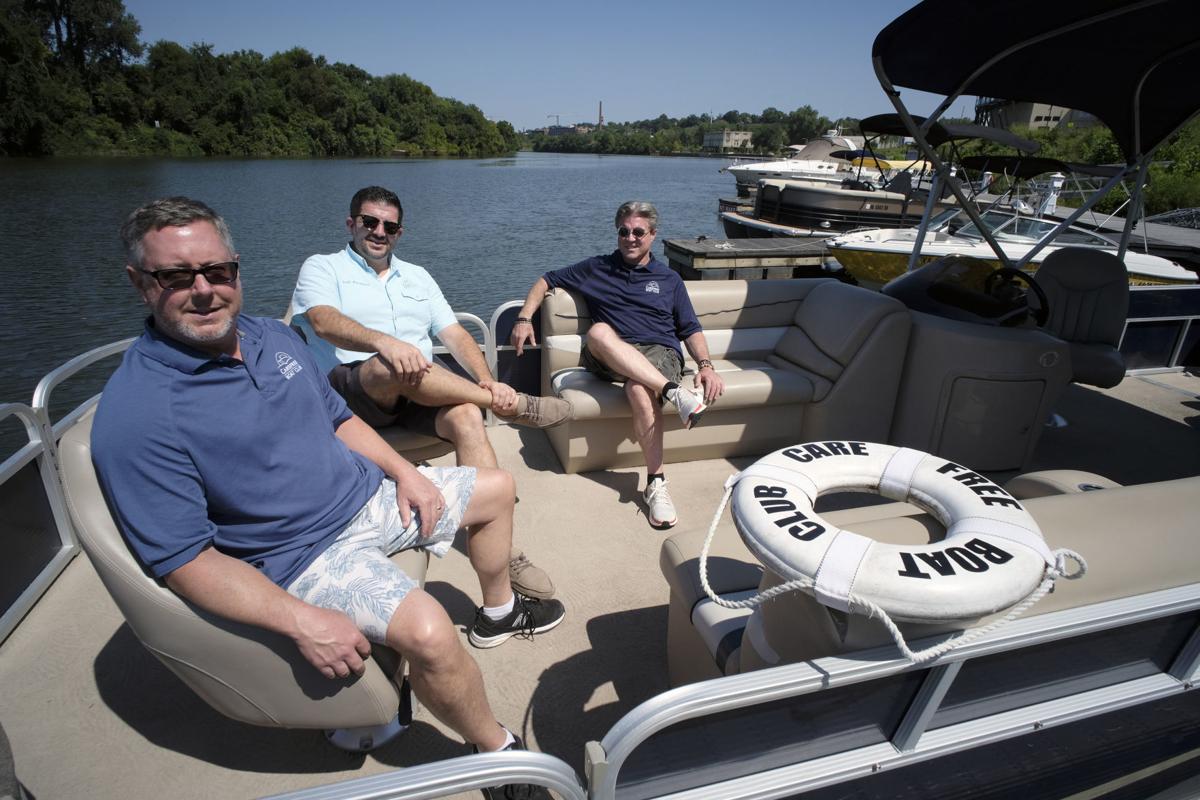 Mike Broggie (from left), Jeff Palumbo and Pat Hull, who are three of the new owners of the Carefree Boat Club at Rocketts Landing, relaxed on one of their boats in the James River on Thursday. 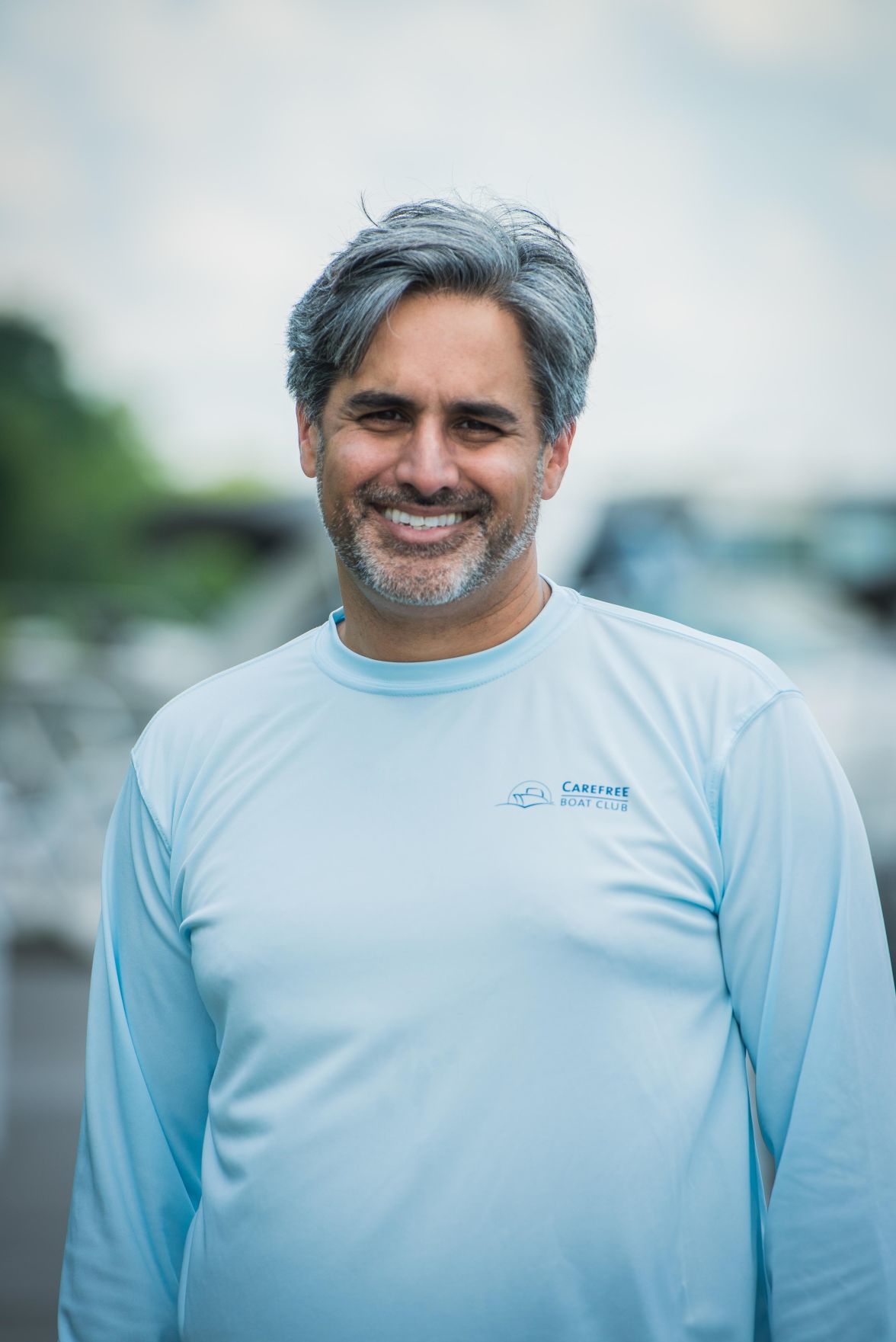 A group of Richmond-area entrepreneurs has acquired the Carefree Boat Club at Rocketts Landing with plans to expand the club’s fleet and membership.

Founded in 2002, Carefree Boat Club has 85 locations in North America that are licensed to local owners. The private club has a “boating without owning” business model, meaning its members pay an initiation fee and monthly dues for recreational access to boats that are owned and maintained by the club.

The Carefree Boat Club at the Rocketts Landing marina currently has 30 members and six pontoon, fishing, watersport, cruising and family boats available for use on the James River.

The new owners are hoping to build the local membership to 100 by next year. To attract new members, they plan to expand the fleet with new boats, while offering additional customer service and more boating locations.

“We are increasing the quality of the boats to attract members,” said Palumbo, the managing partner.

“We are looking at every possible way that members now, and future members, can take advantage of the experience of being on this river,” he said.

The partners also are planning to open other boat club locations in Virginia, including at Lake Anna.

The club’s initiation fee is $5,000, with a $499 monthly membership fee, but the club is currently offering a $399-per-month membership.

“The cost of membership is about a third of the cost of owning a boat,” Palumbo said.

Members get boat operation and safety instruction, and the club employs a staff to fuel, clean and maintain the boats and to assist members when they arrive at the marina.

The four partners each have backgrounds as founders, managers and investors in various businesses.

Bawa is chief executive officer of the software company Covintus. Hull is a serial entrepreneur and CEO of the encryption systems company Encrypted Sensors. Palumbo is CEO of the tech company Y!RM Amaze. Broggie is CEO of the facial recognition technology company Ayonix Face Technologies.

Mike Broggie (from left), Jeff Palumbo and Pat Hull, who are three of the new owners of the Carefree Boat Club at Rocketts Landing, relaxed on one of their boats in the James River on Thursday. 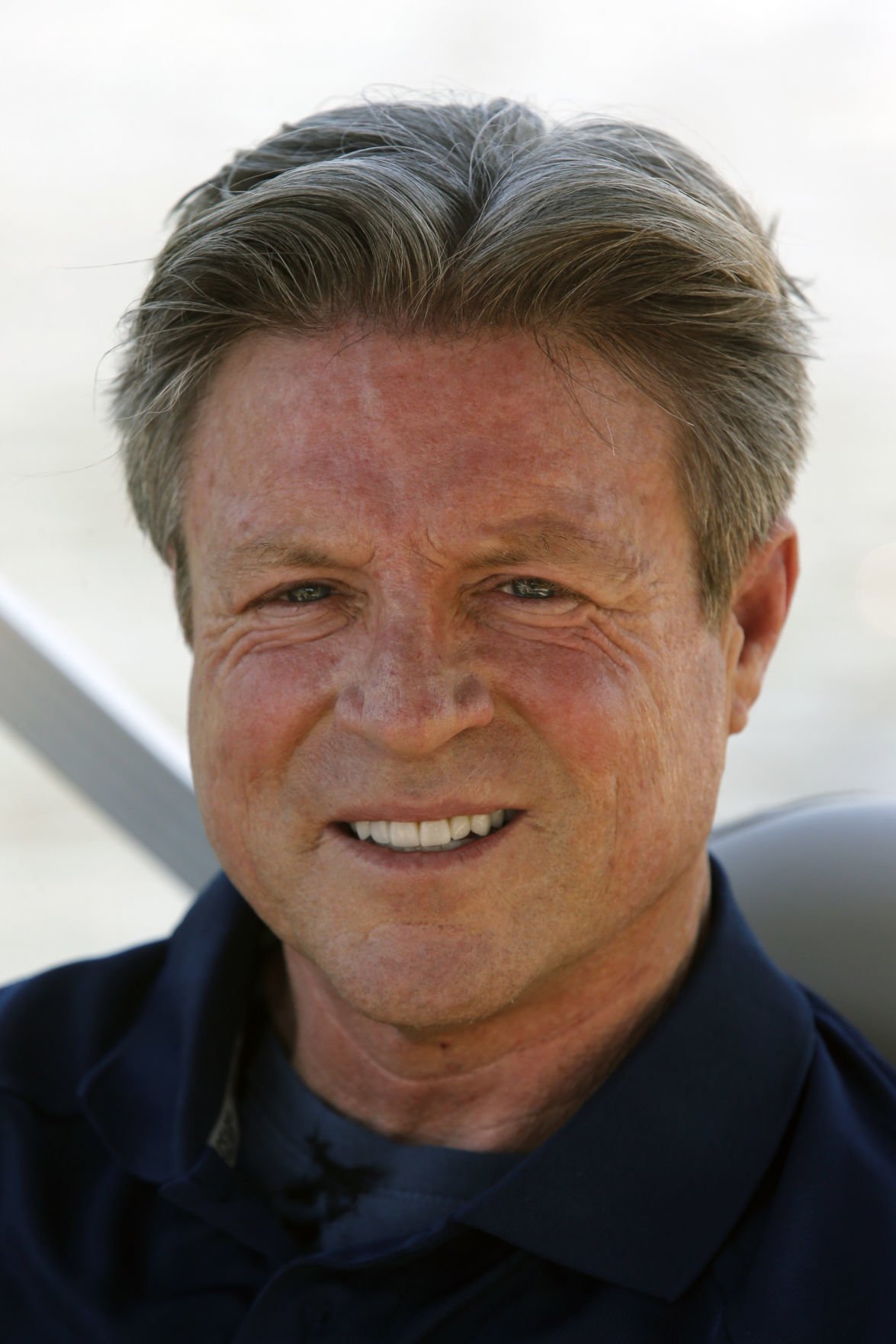 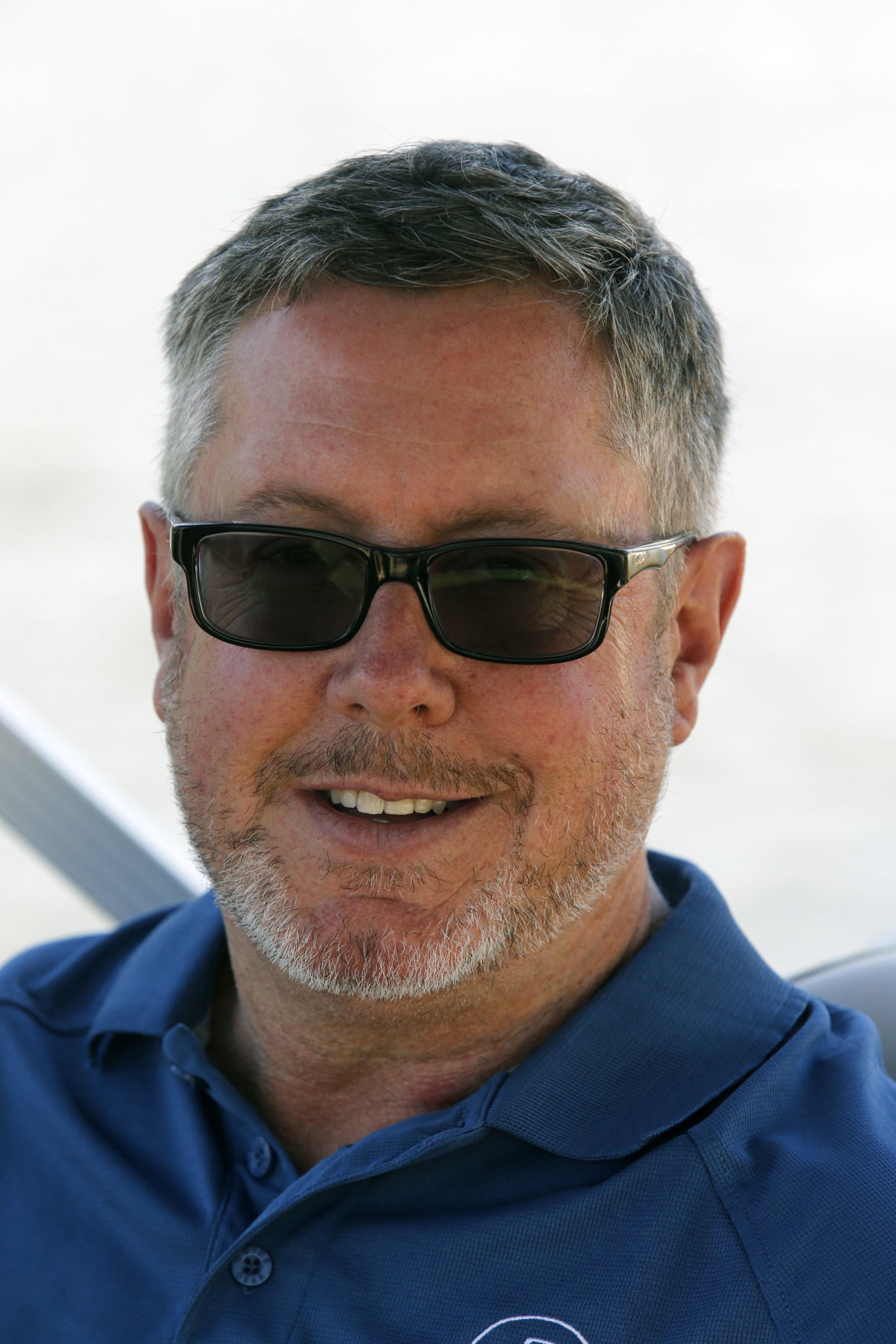 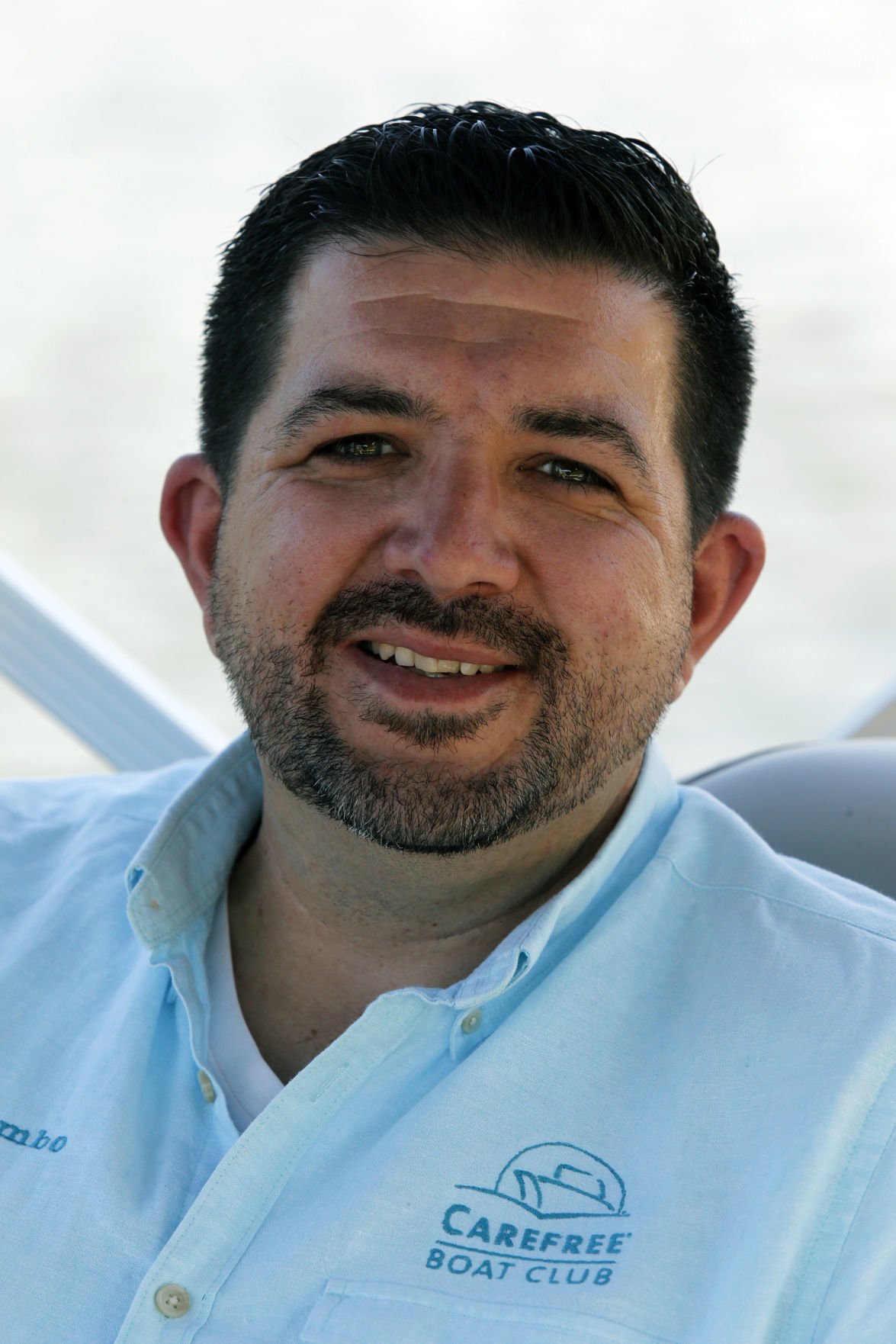