WATCH NOW: Saxon Shoes files for bankruptcy protection; 'We hope to be selling shoes for years to come'
0 Comments
Share this
1 of 5 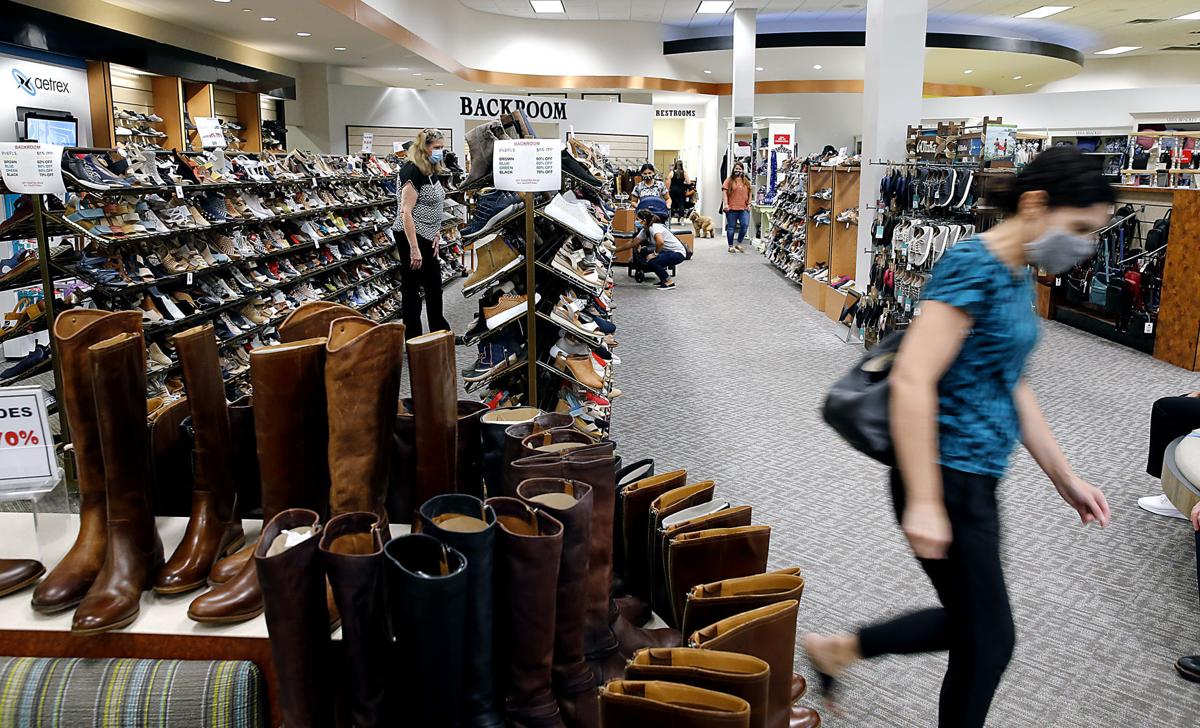 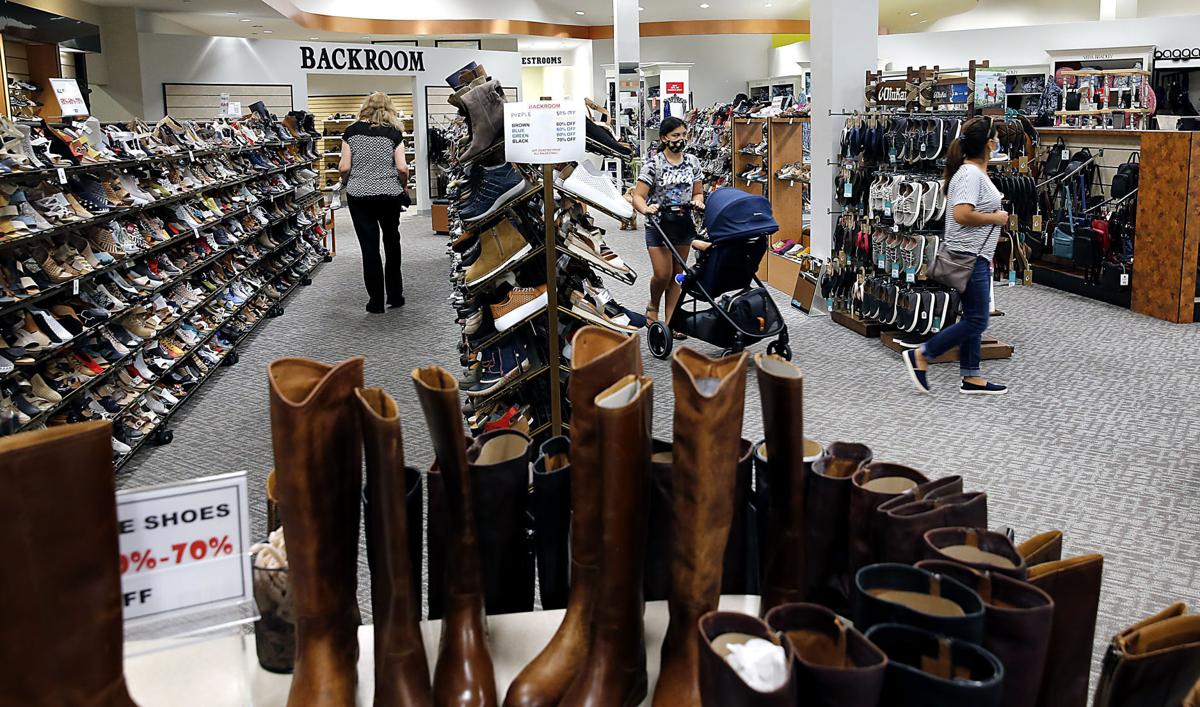 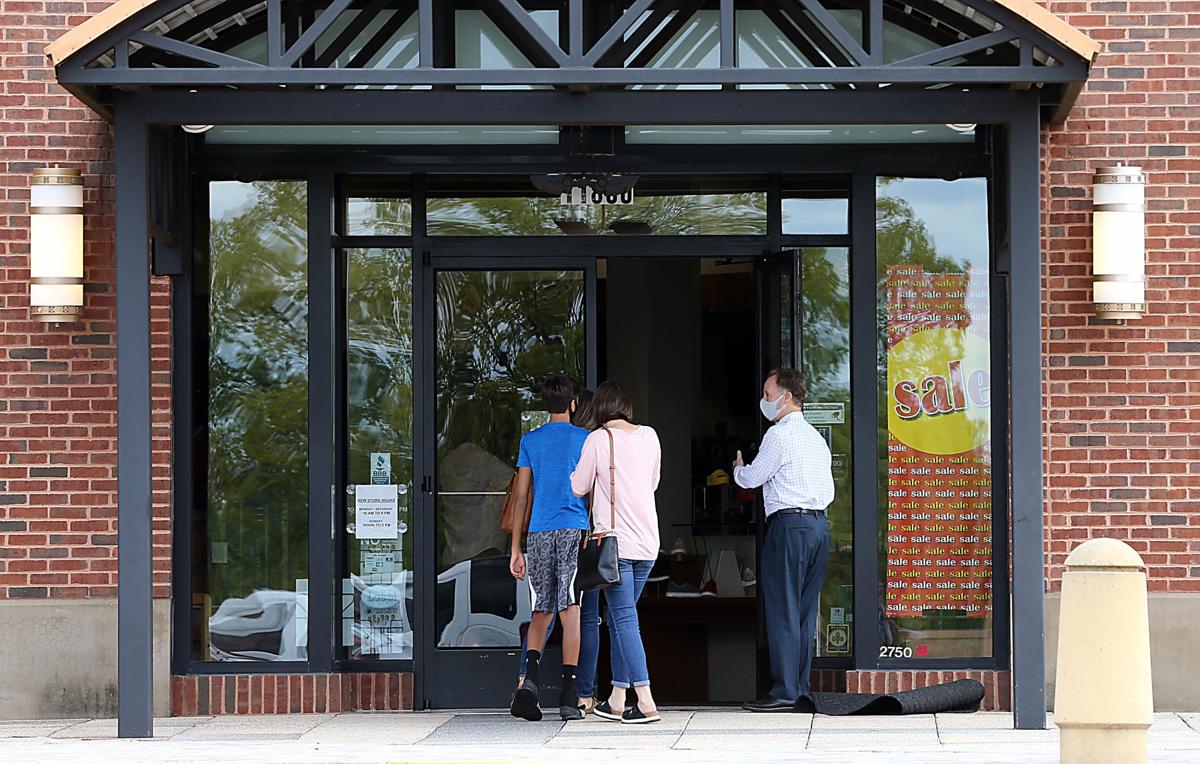 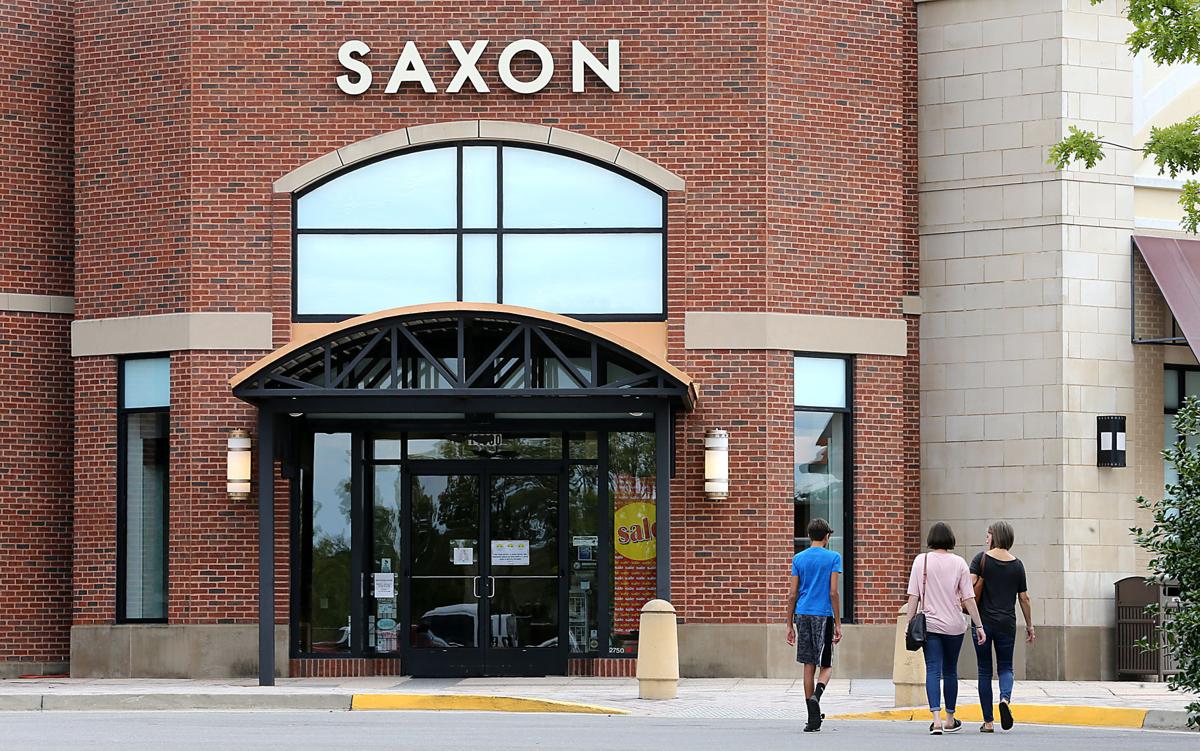 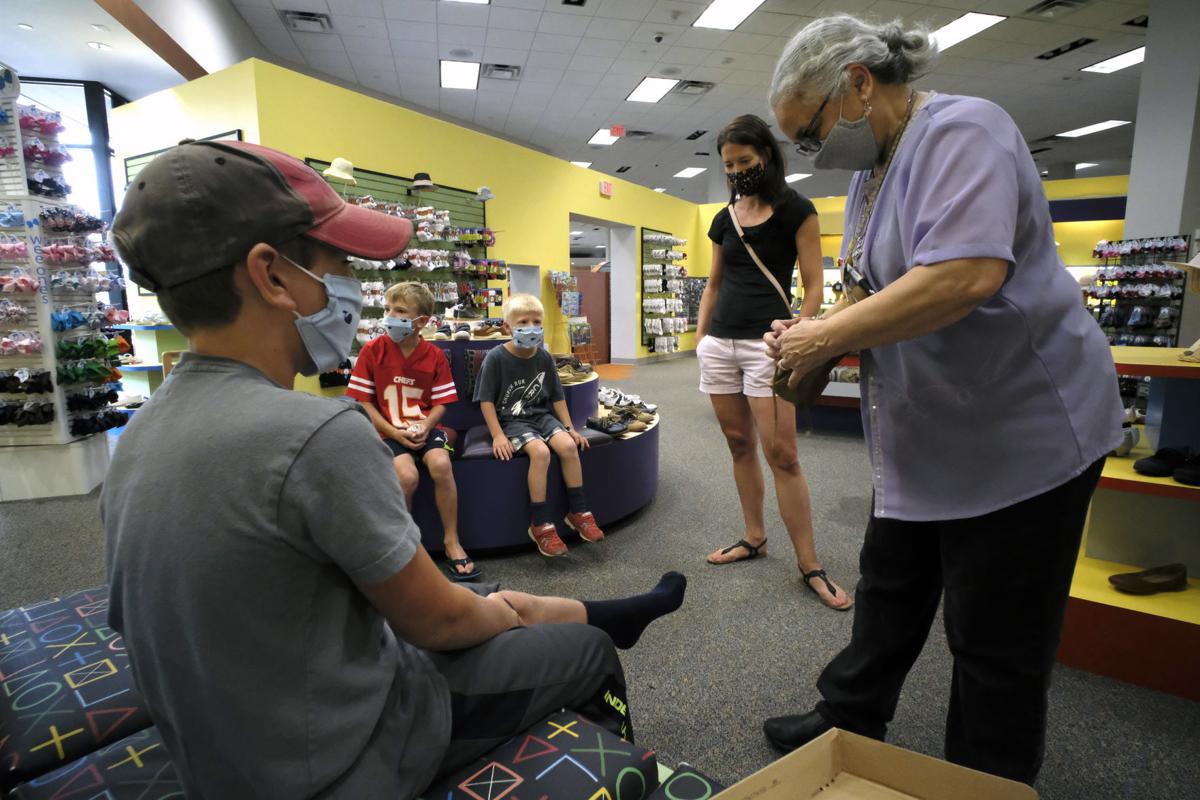 Saxon Shoes employee Aline Cavalcanti (right) helps Grayson Jones, 11, get fitted with a pair of shoes as his brothers Garrett, 8 (second from left), and Graham, 6, along with their mother, Shannon Jones, look on.

Saxon Shoes Inc., which started as a small store in downtown Richmond in 1953 and grew into a regional footwear and accessories powerhouse, has filed for federal bankruptcy protection.

The Henrico County-based business blamed the economic impact from the coronavirus pandemic as the reason for the Chapter 11 filing.

The company’s two stores — in Short Pump Town Center in western Henrico and in The Village at Spotsylvania Towne Centre in Fredericksburg — remain open.

The filing in U.S. Bankruptcy Court in Richmond listed between $1 million and $10 million in assets and liabilities. It has between 200 and 999 creditors.

“We have worked as hard as possible to build this business,” said Gary Weiner, president and CEO of the family-owned Saxon Shoes and son of the company’s founders.

“We plan to exit bankruptcy as a strong and more viable business,” he said. “We hope to be selling shoes for years to come.”

But Weiner said the pandemic has disrupted his business.

The company closed its two stores temporarily on March 17 because of government orders to help curb the spread of the virus. The Short Pump store reopened on May 15, and the Fredericksburg location reopened May 29.

“The spring and summer was the most disastrous seasons in my life,” Weiner said about the company’s business.

Sales fell in the first three or four weeks after the stores closed by about 97%, compared with the same period a year ago. His daughter, Amanda, created Facebook Live events starting in April to help jump-start sales. Saxon offered curbside pickup and shopping by appointment.

Saxon also was featured on home shopping channels QVC and HSN in early June as part of the networks’ Small Business Spotlight segments.

Still, he said, sales are down more than 50% from a year ago.

“We have tried everything. It is a tough retail environment and then you add the global pandemic on top of that, it has just been tough,” Weiner said. “Then you look at the landscape after you have had the business shut down for months and you only are doing a small amount of business. There is no end in sight. The fall was not going to be a good season.”

Weiner said he feared that footwear business might not return to pre-pandemic levels until next spring at the earliest, assuming there is a vaccine.

“We believe that this filing at this juncture was the smartest thing to do to protect our business and be in a business going forward,” he said.

Saxon sells footwear brands for men, women and children as well as a collection of accessories, including jewelry and handbags.

The company generated $7.44 million in revenue in 2019 and had an operating profit of $2.78 million, according to the retailer’s tax return for last year that was filed as part of the bankruptcy case. But Saxon posted a net loss of $664,842 last year, the filing shows.

In the first six months of this year, the company had sales of $1.6 million at its two stores, an operating loss of $859,665 and a net loss of $878,213, the filing shows. The Short Pump store generated $1.254 million in sales during that January-to-June period.

Most of the unsecured creditors are shoe manufacturers including Birkenstock, Deckers, New Balance, Rangoni Firenze and Rockport.

Among its largest unsecured creditors is Richmond-based Atlantic Union Bank, which is owed $300,800, according to the filing. That was for a loan Saxon secured from the bank as part of the federal government’s Paycheck Protection Program emergency lending measure designed to help businesses keep employees on payrolls during the pandemic.

Some chains, notably Stein Mart and Stage Stores, which owns the Peebles and Gordmans department store chains, are shutting down all of their stores.

Locally, Need Supply Co. announced in early July that it was shutting down its entire business, which included Need Supply’s three stores — its flagship store in Carytown and two licensed stores in Japan — along with Totokaelo stores it owned in New York and Seattle. It also was shuttering its e-commerce business.

There are no plans to close either of Saxon’s two stores, Weiner said.

“The goal is to do what we need to do to grow the business again,” he said.

Nancy Thomas, the president and CEO of the local Retail Merchants group, said the COVID-19 pandemic has caused havoc for all businesses, but the Main Street businesses have shouldered the brunt of it.

“The uncertainty of the long-term impact of COVID weighs heavy on our small-business community and frequently leaves them with little choice but to file for Chapter 11,” Thomas said. “These protections give businesses like Saxon Shoes the opportunity to work with their vendors, landlords and others to determine a viable long-term solution. Knowing Gary Weiner and his family, they will come out of this stronger than ever, and [Retail Merchants] and this local community will support them along the way.”

Weiner said he has heard from a number of vendors, customers and others supporting his company’s restructuring efforts.

“The amount of love and compassion we are hearing from customers, vendors, business relationships and friends is so much more than we would’ve expected and is helping us push harder to get through this,” Weiner said.

His parents, Jules L. “Jack” and Gloria Weiner, opened their first store at 410 E. Grace St. in downtown Richmond in 1953.

The Weiners opened a second store on Patterson Avenue in the 1970s and, in 1989, consolidated the two locations into one space in the Ridge Shopping Center in Henrico. That store burned down in 2001 and was closed for nine months.

Saxon Shoes employee Aline Cavalcanti (right) helps Grayson Jones, 11, get fitted with a pair of shoes as his brothers Garrett, 8 (second from left), and Graham, 6, along with their mother, Shannon Jones, look on. 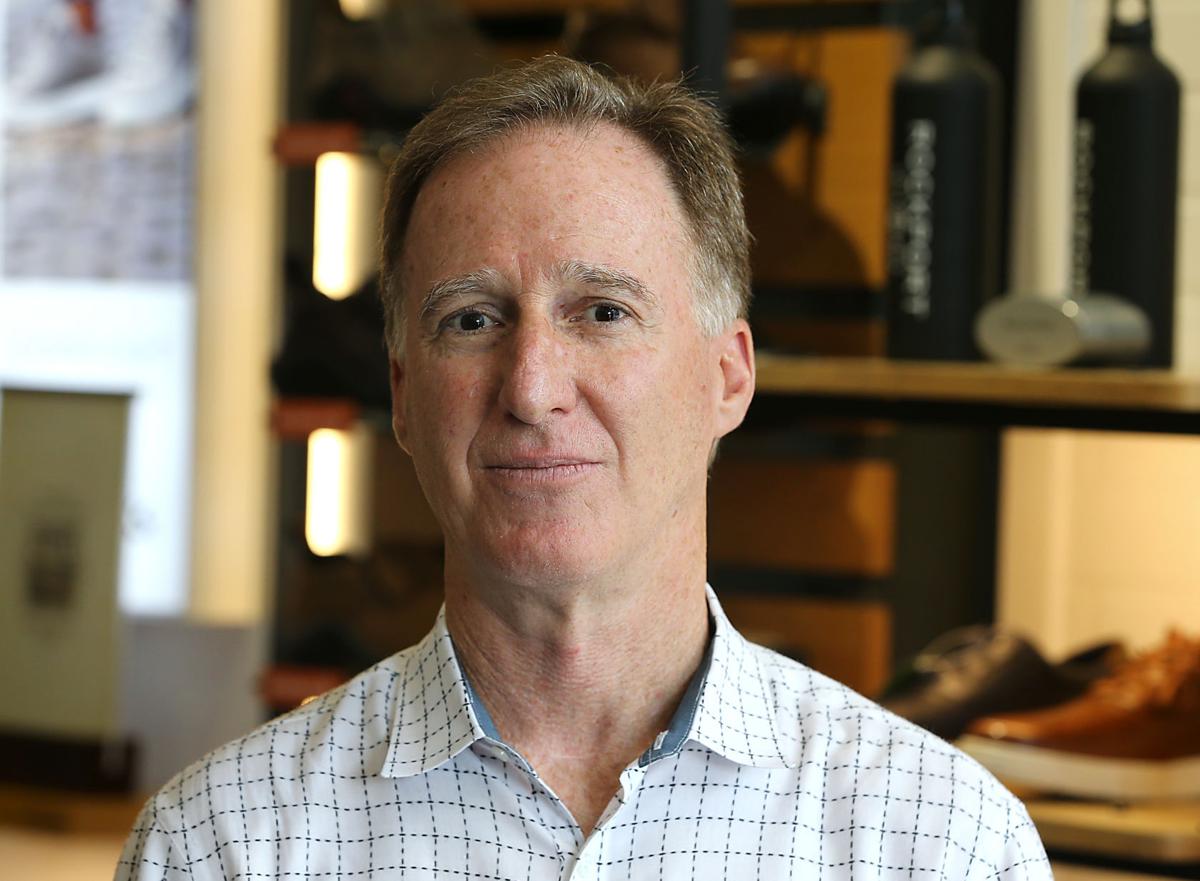