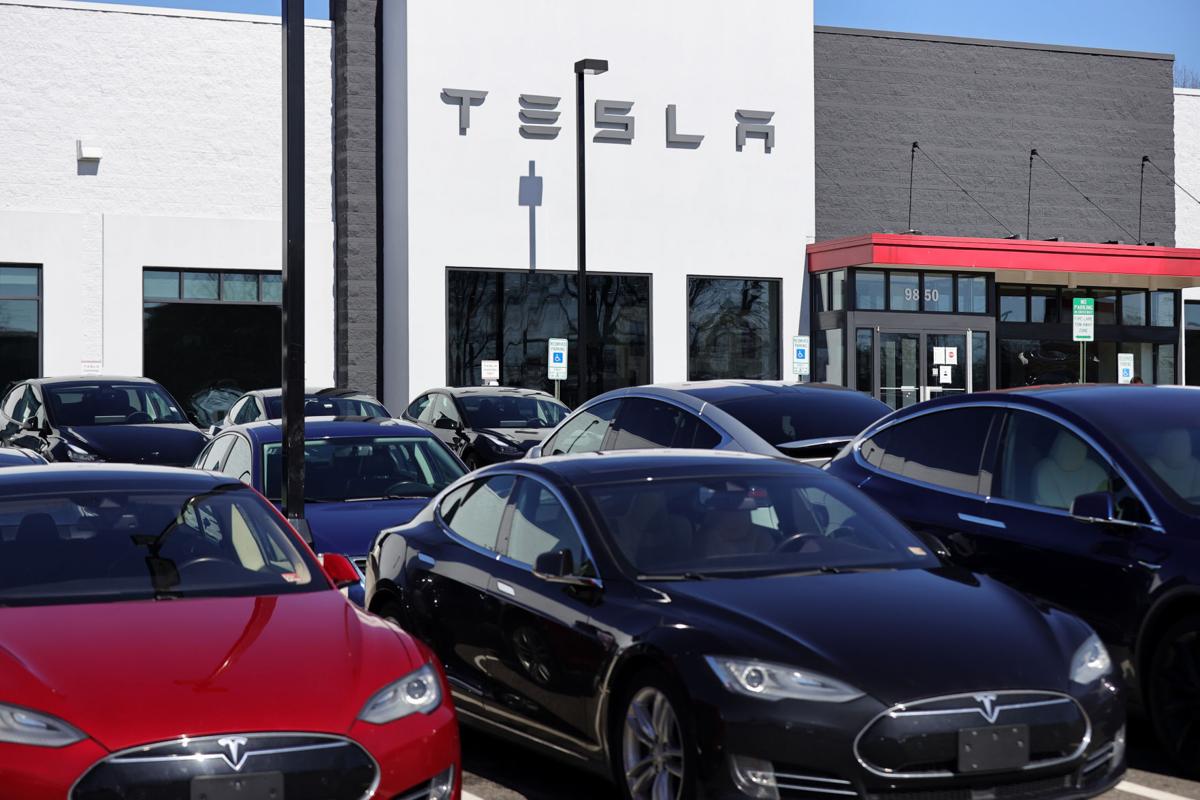 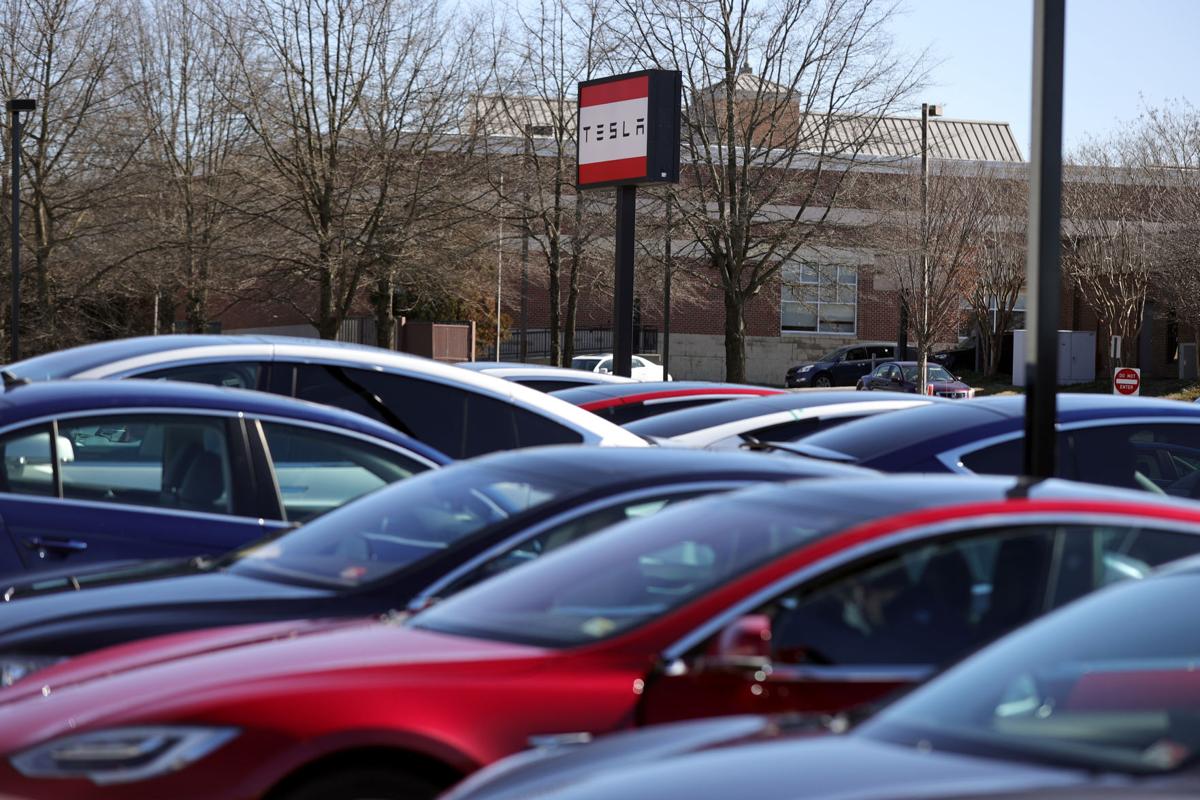 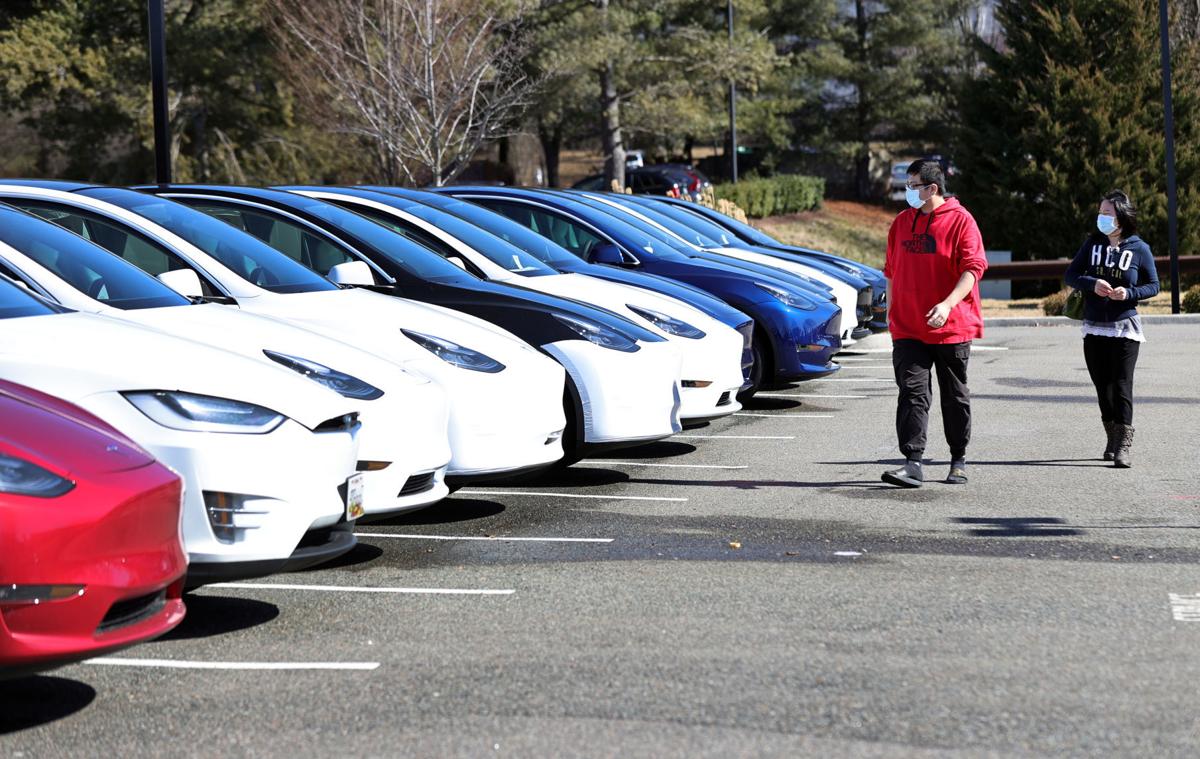 Customers visit the Tesla dealership in western Henrico County, one of three in Virginia. The company has received approval to open three more.

Electric automobile maker Tesla Inc. has won approval from the Virginia Department of Motor Vehicles for its plans to open three new stores in Virginia.

The California-based maker of battery-powered cars filed an application to the DMV in January to open three stores in the Charlottesville, Norfolk and Arlington areas.

In a decision issued Tuesday, Virginia DMV Commissioner Richard D. Holcomb said Tesla is eligible under state law to open those stores, despite a law generally prohibiting manufacturers from owning dealerships. The company still must get a license issued by the Motor Vehicle Dealer Board.

The ruling was condemned on Thursday by the president of the Virginia Automobiles Dealers Association, a powerful trade group of independent dealers, though he said the group is not planning a legal challenge.

The new stores would add to Tesla’s present store locations in Henrico County and two in Northern Virginia, but the company has not said when it plans to open the new locations or announced any specific sites in those markets.

Tesla’s move to open retail sites in Virginia has been controversial. Under state law, automobile manufacturers must sell their cars through independent franchise dealerships, except when there is no dealership available in a community to offer a manufacturer’s cars “in a manner consistent with the public interest.”

Tesla, whose CEO is tech industry tycoon Elon Musk, has contended that no franchise dealers can profitably operate under its direct-to-consumer, fixed-price business model in a manner consistent with the public interest.

The Virginia Automobile Dealers Association, a trade group for independent dealers, had opposed Tesla’s previous attempts to open its own stores in the state, including one that opened at 9850 W. Broad St. in western Henrico in 2017.

The trade group did not formally oppose Tesla’s application for the latest planned stores, but two dealerships in the Charlottesville area did notify the DMV that they believed they could own and operate a Tesla franchise.

In his decision, Holcomb said evidence presented at a hearing in March indicated that the two dealerships in Charlottesville region would need to change Tesla’s business model in order to sell its cars profitably.

Holcomb also said “members of the public and public officials,” in the Charlottesville, Arlington and Norfolk areas have expressed support for the Tesla stores.

“Much of that support revolves around the fact that Tesla’s business model is unique and outside the traditional model of motor vehicle dealerships in Virginia,” Holcomb wrote in the decision.

If Tesla were precluded from opening the stores, “prospective and existing Tesla customers would need to travel great distances to the stores located in Fairfax or Richmond ... or Raleigh, N.C.,” Holcomb wrote. “Traveling such distances is certainly not in the interest of the retail motor vehicle buyer.”

While the dealers association is not officially challenging Holcomb’s decision, the organization’s president and CEO Don Hall on Thursday slammed the ruling in an interview.

“The decision frankly was not in compliance with the laws of Virginia,” Hall said. “It was an easy way out. I don’t believe the DMV in any way, shape or form carried out its responsibility.”

Instead of fighting the new Tesla stores in a courtroom or on the legislative front, Hall said independent dealers in Virginia are aiming to out-compete Tesla in the marketplace, as more and more manufacturers introduce their own electric vehicles. He said “hundreds” of electric vehicle models will be on the market over the next few years.

“I would say to Mr. Musk and Tesla, enjoy the short ride, because the standard OEMS [auto manufacturers] are coming with electric vehicles, and lots of them are available, and the franchise system that exists today will outsell Tesla by a wide margin,” Hall said.

Holcomb also issued the decision in 2016 that Tesla could operate its own dealership in the Richmond area. The dealers group challenged that decision in court but dropped the fight after an appeals court ultimately held that the trade group lacked standing to challenge the decision.

Customers visit the Tesla dealership in western Henrico County, one of three in Virginia. The company has received approval to open three more.