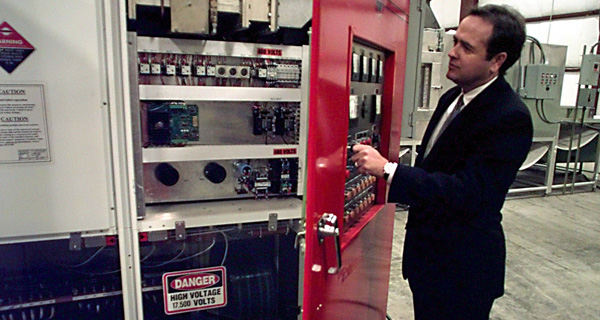 In 1998, Jonnie R. Williams Sr. showed off a giant microwave oven at the Chase City facility of what was then known as Star Tobacco. 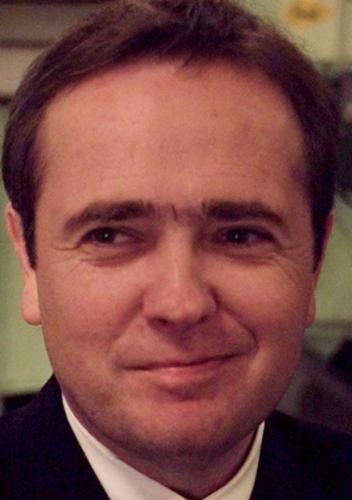 Jonnie R. Williams Sr., the Richmond-area businessman whose close relationship with Gov. Bob McDonnell has drawn attention to the nexus of money and political influence, mastered the art of salesmanship at a young age.

Williams, CEO of Henrico County-based Star Scientific Inc., has had enough success touting his current product, a dietary supplement called Anatabloc, that his company has been showcased by McDonnell and his wife, Maureen, at events in Virginia and other states.

“Jonnie has a way of making you feel really good,” said Jim Jennings, a Mecklenburg County tobacco farmer who formerly was the vice president of tobacco grower relations for Star Scientific.

“He’s down to Earth and a very comfortable man to be around,” Jennings said.

Williams, a native of Stafford County whose father retired from the Navy, now owns a six-bedroom house in the Manakin-Sabot area of Goochland County valued at $2.2 million.

He started out selling cars. Then he moved to real estate, then eyeglasses.

His early success led the Fredericksburg Free Lance-Star to dub him a “super salesman” in a 1979 article about the business acumen that allowed Williams to become the owner of Colonial Opticians at age 24.

He also had been fined $100 for fitting contact lenses without a license, according to the Fredericksburg article. Two years later, the paper reported that Williams had closed his shop and left town, leaving debts behind.

Williams resurfaced after connecting with Frank E. O’Donnell Jr., a prominent ophthalmologist whom he met at Johns Hopkins University, on a series of lucrative startup ventures, all focused on scientific advances.

According to a lengthy 1988 article published by The Boston Globe, the two men often ran into problems with investors and regulators.

“The stocks of almost all the companies the two men have been involved in are under investigation by the federal Securities and Exchange Commission and several state securities divisions,” the Globe reported at the time.

In 1993, Williams agreed to pay nearly $300,000 after federal securities regulators accused him and four other men of using spurious research reports to boost the stock price of Massachusetts-based Spectra Pharmaceuticals Inc., a company that ultimately went bankrupt, according to the Globe.

The federal complaint argued that the reports led investors to believe that a product called Lacramore could make wrinkles disappear, though it proved to be ineffective. The suit accused Williams of purchasing Spectra stock at below-market rates, then selling it while promoting the company to other investors. He and the other men neither admitted nor denied the allegations.

Williams did not respond to a request for comment Friday.

Another company the two men were involved in was C.A. Blockers Inc., a Kentucky firm that was developing an additive to subdue the cancer-causing elements in cigarettes.

In 1990, Williams took over a small cigarette-making operation at a former Brown & Williamson Tobacco Corp. factory in Petersburg, renaming it Star Tobacco. In 1994, he started searching for ways to remove carcinogens from tobacco in the hopes of producing a less-harmful cigarette alternative.

“I don’t like tobacco,” Williams said in a 1998 article in the Richmond Times-Dispatch. “I’m more interested in health care.”

Williams gained national attention for a patented process he created to stop the growth of carcinogens during the tobacco-curing process by using microwaves the size of tractor-trailers.

The company, which rebranded itself Star Scientific Inc., eventually branched out into snuff and spitless tobacco.

He also has been actively involved in the company’s recent product initiatives involving the use of anatabine citrate as a dietary ingredient and potentially as a pharmaceutical ingredient.

Star Scientific used to focus primarily on research of the tobacco-curing process. It sold varieties of tobacco lozenges that dissolve in the user’s mouth under the Ariva and Stonewall brands beginning in 2001.

And the company fought a patent-infringement case for years against R.J. Reynolds Tobacco Co., based in Winston-Salem, N.C., but settled the case for $5 million last year.

Star Scientific said in December that it would stop making tobacco products and focus instead on the dietary supplements it sells through its Rock Creek pharmaceuticals subsidiary, including its Anatabloc product for anti-inflammatory support.

Since at least 2003, Williams has earned $1 million in base salary each year, according to regulatory filings.

But in a filing with the Securities and Exchange Commission in November, the company said Williams voluntarily would cut his salary to $1 per month starting this January until the company becomes profitable.

Williams and several long-term shareholders also invested $20 million in the company at the time through the exercise of outstanding warrants to help sustain operations.

Williams owns about 12.1 percent of Star Scientific’s stock, according to the company’s annual proxy statement filed in November. He is the company’s single largest shareholder.

The company, directors and others have been subpoenaed as part of a federal investigation into securities transactions including certain private placements since 2006, the company revealed last month in its annual report to the SEC.

And Star Scientific now faces two lawsuits from former shareholders who claim that the company misled investors about research on its dietary supplements and it failed to inform shareholders in a timely manner about a government investigation of its securities transactions.

Star Scientific isn’t the only business Williams is involved in.

He has been involved in venture capital startup biotechnology companies for more than a decade.

He either is or has been a major shareholder or a co-founder of LaserSight, LaserVision and VISX, according to Star Scientific regulatory findings.

Williams also is one of the owners of Regent Court Technologies LLC, the company that holds the patents on the proprietary StarCured tobacco-curing process. Another owner is O’Donnell, the ophthalmologist.

The company is obligated to pay royalties equal to 2 percent of all product sales less certain costs incurred by Star Scientific. Since the costs incurred by the company were in excess of the royalty obligations, no royalties were paid under the agreement in 2012, 2011 or 2010, according to the regulatory filings.

He also is a principal in Jonnie Williams Venture Capital Corp.

Star Scientific Inc. has a clear ethics policy for dealing with government agencies and officials: no gifts, gratuities or political contributions.

Gov. Bob McDonnell's term will expire before any legislation could be enacted in wake of dispute involving former tobacco company now selling a dietary supplement.

Gov. Bob McDonnell, under scrutiny for gifts given to him and his family, said this morning that he’s looked into potential changes in the sta…

In 1998, Jonnie R. Williams Sr. showed off a giant microwave oven at the Chase City facility of what was then known as Star Tobacco.