Subscribe
Read Today's E-Edition
Share This
UPDATE: Charlottesville-based bank says it is the first in the country to allow Bitcoins to be bought and sold using its ATMs
0 Comments
Share this
1 of 2 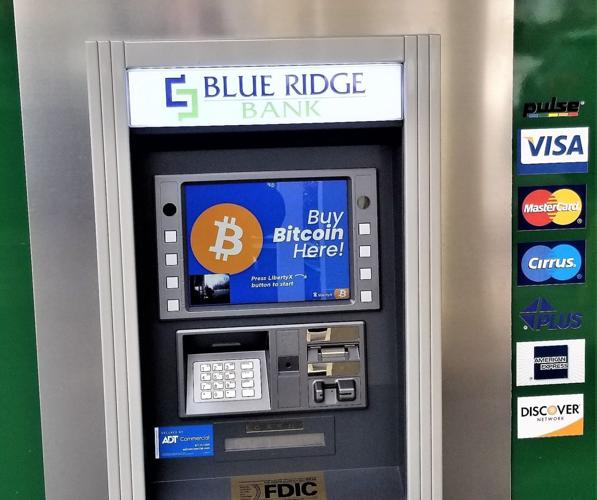 Ahead of the trend, Blue Ridge Bank’s ATMs at 19 locations now allow users of Bitcoin to buy the currency and to redeem it for cash. 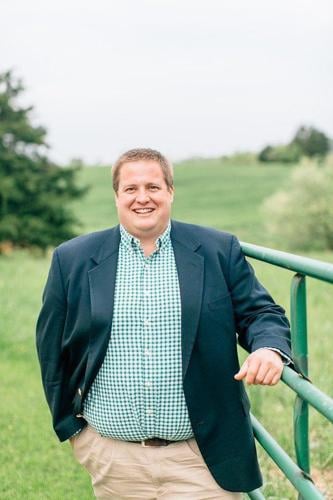 A Virginia bank says it has become the first commercial financial institution in the country to let users buy and redeem the digital currency known as Bitcoin at its automated teller machines.

Charlottesville-based Blue Ridge Bank announced Wednesday that it now provides access to Bitcoin at its 19 ATM locations, both at its branches and off-site ATMs, in the Piedmont, Southside and Shenandoah Valley regions of Virginia. Later this year, ATMs operated by Virginia Commonwealth Bank — which merged with Blue Ridge Bank this month — in the Richmond region and elsewhere will be able to provide the Bitcoin access.

Blue Ridge Bank’s top executive said he believes the bank is the first in the country to offer the service, and it is doing so in response to what bank officials see as growing demand for Bitcoin, a type of cryptocurrency developed first in 2009 as an alternative to conventional currencies such as the U.S. dollar.

“We try to be forward-looking with what we are doing and anticipate our customers’ needs — both present and future customers,” said Brian K. Plum, the chief executive officer of Blue Ridge Banks and its parent company, Blue Ridge Bankshares Inc.

News of the ATM redemption program caused trading in Blue Ridge Bankshares’ stock to soar around noon Wednesday on the New York Stock Exchange, prompting the NYSE to temporarily halt trading for a few minutes because volume exceeded the exchange’s technical limits.

To offer the service, Blue Ridge Bank has partnered with BluePoint ATM Solutions, a national ATM operator based in Woodstock, Va., and LibertyX, the leading U.S. Bitcoin ATM software provider, based in Boston.

“Buying Bitcoin at an ATM is not new to ATMs — it is just new for a bank doing it,” said Justin Pence, chief operating officer at BluePoint ATM.

Thousands of Bitcoin-only ATMs operate across the country, often at convenience stores. Typically, those ATMs only accept cash to buy Bitcoins or provide access for electronic transactions between parties.

But those using Blue Ridge Bank ATMs can buy Bitcoins and redeem the cryptocurrency for cash, said Wade Zirkle, the CEO of BluePoint ATM.

“With ours, you can purchase [Bitcoin] by using your debt card balance and redeem [Bitcoin] with the cash spitting out in exchange. You can make Bitcoin transactions that settle in real time,” he said. “Our software is layered on top of the traditional cash dispensing software at ATMs.”

In order to use the Bitcoin service at Blue Ridge Bank’s ATM, a customer must have the LibertyX app on their mobile phone and a digital wallet that is used to store Bitcoin.

Users wanting to withdraw Bitcoin funds from the bank’s ATMs will be subject to the customary dollar transaction amount and total daily transaction limit, Zirkle said. “They will only be able withdraw a tiny fraction of a Bitcoin,” he said, noting that they don’t have to redeem an entire Bitcoin.

Anyone can use the bank’s ATM to buy and sell Bitcoins as long as their ATM card is accepted, much like how most ATMs work regardless of who your financial institution is, Zirkle said. The Bitcoin service, which began last week, is not just for Blue Ridge Bank customers.

David Tente, the executive director of the U.S., Canada and Americas regions for the ATM Industry Association, said he has not heard of any other financial institution performing both traditional and Bitcoin cash transactions from the same ATM.

“There are many that perform traditional cash transactions as well as electronic Bitcoin transactions,” but not both, he said.

New York-based Quontic Bank announced last year that it became the first FDIC-insured financial institution to launch a Bitcoin rewards checking account program that includes a debit card in which customers can earn Bitcoins as a reward when using the debit card for purchases.

The price to buy one Bitcoin reached a high of $48,226 on Tuesday before retreating to about $45,200 late Wednesday afternoon, according to Coindesk, an online news site specializing in Bitcoin and digital currencies. The value of a Bitcoin is up about 53% since the start of the year, Coindesk data shows.

The surge in Bitcoin pricing this week came after the electric car maker Tesla announced it had bought $1.5 billion in Bitcoin and will start accepting the cryptocurrency as payment, becoming the first automaker to do so.

Bitcoin has become wildly popular in the past year as economic uncertainty and market volatility brought on by the coronavirus pandemic pushed more people to consider alternative currencies, The Washington Post reported. The digital coin, which was initially priced at less than a cent when it was created more than a decade ago, had a market capitalization of more than $840 billion as of late Wednesday afternoon, according to Coindesk.

While Tesla announced plans to accept Bitcoin for purchases, hardly anyone uses the cryptocurrency for anything beyond speculation, Bloomberg News reported. Data from the New York-based blockchain researcher Chainalysis Inc. showed that only 1.3% of economic transactions came from merchants in the first four months of 2019.

“A lot of financial institutions are skittish about Bitcoin, but Blue Ridge Bank is leading financial innovation,” Zirkle said.

Plum said the Bitcoin move follows Blue Ridge Bank’s other innovative business decisions, such as becoming the first bank in the U.S. to offer prize-linked savings accounts that carried financial rewards for opening accounts, which were intended to incentivize individuals to increase their personal savings in competition with buying lottery tickets. Blue Ridge Bank began offering its Jackpot Savings Account on July 1, 2015, the first day banks in Virginia were eligible to do so.

Zirkle said his company wants to be a leader in the area of fintech — or financial technology — because the company expects that more customers of community banks and credit unions will demand those types of services at their branches.

Labor Law: Sending “heat of the moment” message to co-worker can result in serious consequences

Raising Cane's opens Chesterfield location with more on the way

The proposed change would add an estimated $8 million into Richmond Region Tourism’s budget.

Richmond-based startup Brandefy is applying its knowledge gained from years in the beauty space to make its inaugural leap into retail.

SCC says the utility would collect $2 billion more from its Virginia ratepayers by 2040 than it would otherwise.

Kiplinger's Personal Finance: The year ahead for bonds

If there’s any truth to the adage “It’s always darkest before the dawn,” then the sun should be heating up the bond market sometime soon.

A startup incubator and collaborative workspace in Richmond was recently renamed for the late Capital One executive Michael Wassmer.

Ahead of the trend, Blue Ridge Bank’s ATMs at 19 locations now allow users of Bitcoin to buy the currency and to redeem it for cash. 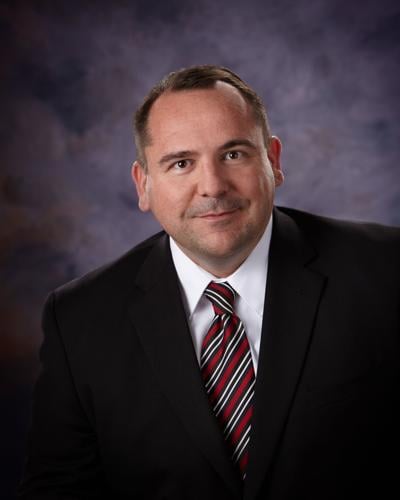 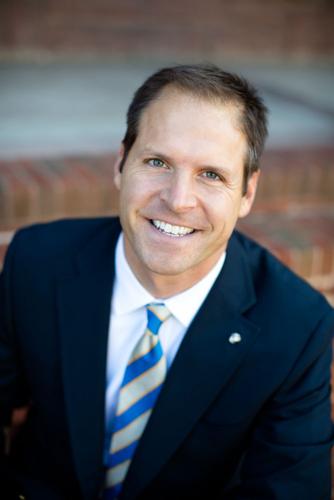