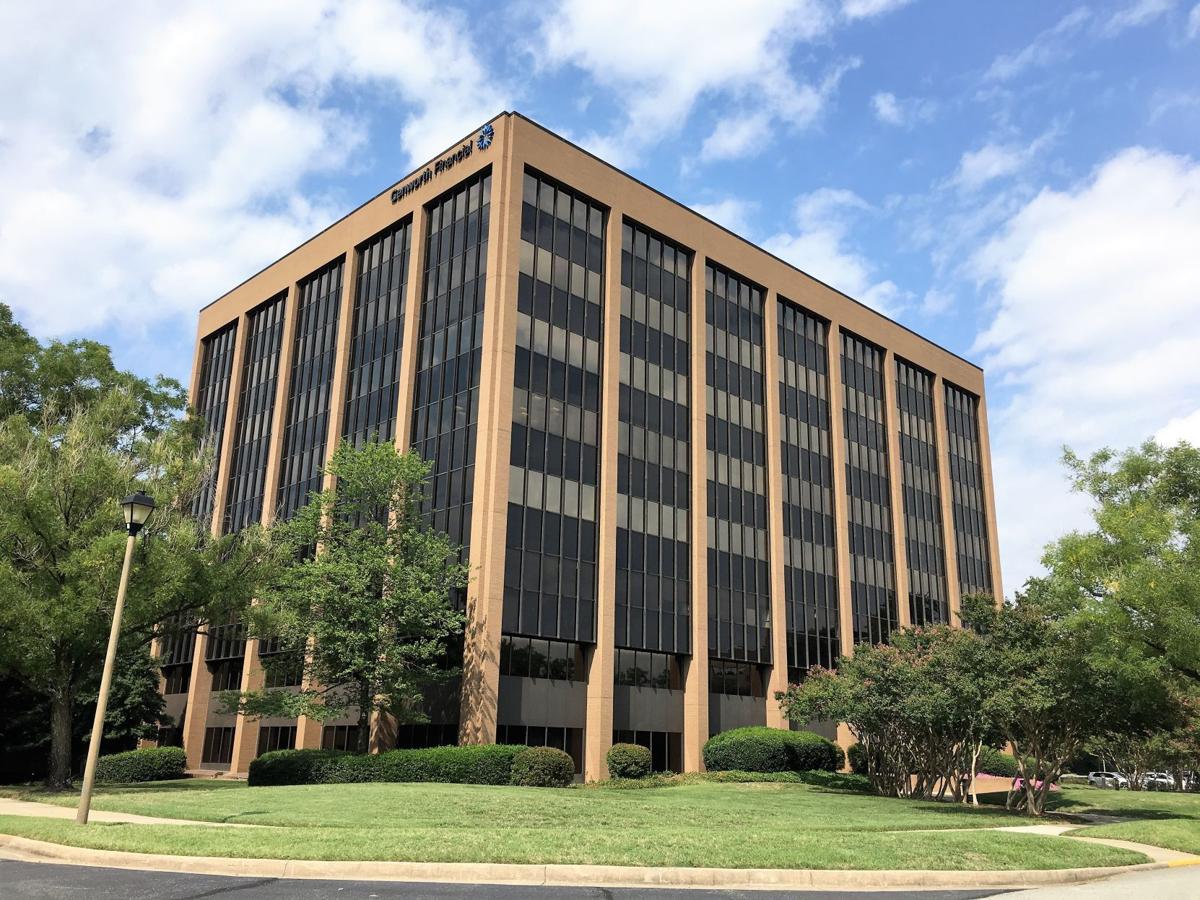 Genworth Financial Inc., based in Henrico County, said Monday that its plan to merge with China Oceanwide Holdings Group Ltd. is on indefinite hold.

After more than four years, Genworth Financial Inc.’s plan to merge with a China-based company has been put on indefinite hold, in part because of the COVID-19 pandemic, though both companies said Monday that they still may be able to complete a deal.

In the meantime, Henrico County-based Genworth, an insurance company with thousands of employees in Virginia, said it is focusing on pursuing a contingency plan to pay its debts that could include a partial, initial public offering of stock for its U.S. mortgage insurance business.

Genworth and China Oceanwide Holdings Group Co. Ltd. said Monday that they have decided not to extend a deadline that had been set to expire Dec. 31 to complete the proposed acquisition of Genworth for $2.7 billion, or $5.43 per share.

Shares in Genworth plummeted nearly 29% in heavy trading to close Monday at $2.69 per share.

The deal was announced in October 2016 and was approved by Genworth’s shareholders the following March. Since then, the merger has been delayed 17 times as Genworth sought approvals from numerous state and federal insurance regulators.

The company has faced challenges in covering its costs for both businesses over the past 12 years, first because of the housing market collapse and then because of escalating expenses for long-term care.

All of Genworth’s regulatory approvals for the deal in the U.S. have been cleared, but China Oceanwide, which wants to expand Genworth’s long-term care insurance business to China, still needed to complete a financing package to close the deal.

A statement released by the companies on Monday indicated that China Oceanwide has not been able to complete a financing package. The company cited disruptions caused by the pandemic as one factor in failing to obtain the funding.

Genworth said its contingency plan includes raising capital to pay off about $1 billion in debt that the company owes this year. That could include a partial IPO for its U.S. mortgage insurance business.

“At the same time, we are moving forward with our contingency plan to meet our near-term obligations and maximize long-term value, which we believe is the best approach for our shareholders,” McInerney said.

“If the driving factor delaying the transaction is COVID-19, it is possible that a deal can be completed at some point as vaccinations become more widespread and the pandemic subsides,” analyst Ryan Gilbert of BTIG Capital said in a note to investors. “We see a lower probability of merger completion if financing is the primary reason for the delay.”

Lu Zhiqiang, the chairman of Oceanwide, said in a statement that his company is continuing to work toward completing the transaction with Genworth.

The two companies had most recently agreed in late November to extend the deadline for the merger to the end of the year.

James Riepe, Genworth’s nonexecutive chairman, said Monday that Genworth’s board of directors believed — based on the information available in late November — that the company could close the deal in the near term.

But the board doesn’t believe that is the case now.

“Given the most recent update, we do not believe a closing can occur in the near term,” Riepe said. “Thus, the management team will fully focus its efforts on executing our contingency plan.

“We appreciate the continuing patience of our shareholders, employees and other stakeholders as we continue to pursue steps that will maximize Genworth’s value.”

1871: The Life Insurance Company of Virginia, known as Life of Virginia, was started by two dozen investors in Petersburg and offered its first policies to local customers. The company later expanded and moved its headquarters to Richmond.

1927: The company expanded its portfolio to include annuities.

1961: The company added mortgage insurance to its insurance offerings.

1967: Richmond Corp. was created to serve as a holding company for Life of Virginia and Lawyers Title Insurance Corp.

1977: Richmond Corp. was sold to the Continental Group Inc. for $370 million to form the Richmond Co., later known as Continental Financial Services Co.

1986: Combined Insurance, a holding company based in Chicago, bought Life of Virginia for $557 million and became AON Corp. the following year.

2008: Genworth reports $572 million in losses for the year as the housing market collapse forces it to make huge payouts in its mortgage insurance business, while a stock market decline hurt its investments, pushing down the company’s stock price. The company laid off about 1,000 employees.

Dec. 31, 2013: Genworth stock closed at $15.53 after doubling for the year as the company’s U.S. mortgage insurance business posted its first annual profit since 2007.

May 2014: Genworth raised $545 million by selling a stake in its Australian mortgage insurer.

April 29. 2015: McInerney said he would be open to taking Genworth private if a buyer would be willing and able to accept the risks.

October 2016: Genworth agreed to be acquired by China Oceanwide Holdings Group Ltd., a privately held, family-owned international financial holding company based in Beijing, for $5.43 per share or $2.7 billion.

March 2017: Shareholders of Genworth voted to approve the company's acquisition by China Oceanwide.

June 2018: The Committee on Foreign Investment the United States, or CFIUS, cleared the proposed deal with China Oceanwide. CFIUS is a joint committee of federal government agencies that reviews acquisitions of U.S. firms by foreign entities for national security concerns. As part of its efforts to get the approval, Genworth agreed to use a U.S.-based third-party service provider to manage and protect the data of its U.S. policyholders.

August 2019: After being unable to get approval from Canadian regulators for the China Oceanwide deal, Genworth agreed to sell its Canadian mortgage insurance business to Brookfield Business Partners L.P., a Toronto-based investment firm.

Dec. 12, 2020: Genworth said China’s economic management agency - the National Development and Reform Commission, or NDRC – had re-approved the deal. Genworth and China Oceanwide extend the deadline for the deal for a 17th time until Dec. 31 to give China Oceanwide more time to conclude financing.

Jan. 4, 2021: Genworth said the merger has been put on indefinite hold, though both companies said they may still be able to complete a deal. Genworth said it is focusing on pursuing a contingency plan that could include a partial, initial public offering of stock for its U.S. mortgage insurance business.

The COVID-19 pandemic has exacerbated what were already steadily increasing costs for nursing home and at-home health care services, according…

Genworth Financial Inc., based in Henrico County, said Monday that its plan to merge with China Oceanwide Holdings Group Ltd. is on indefinite hold. 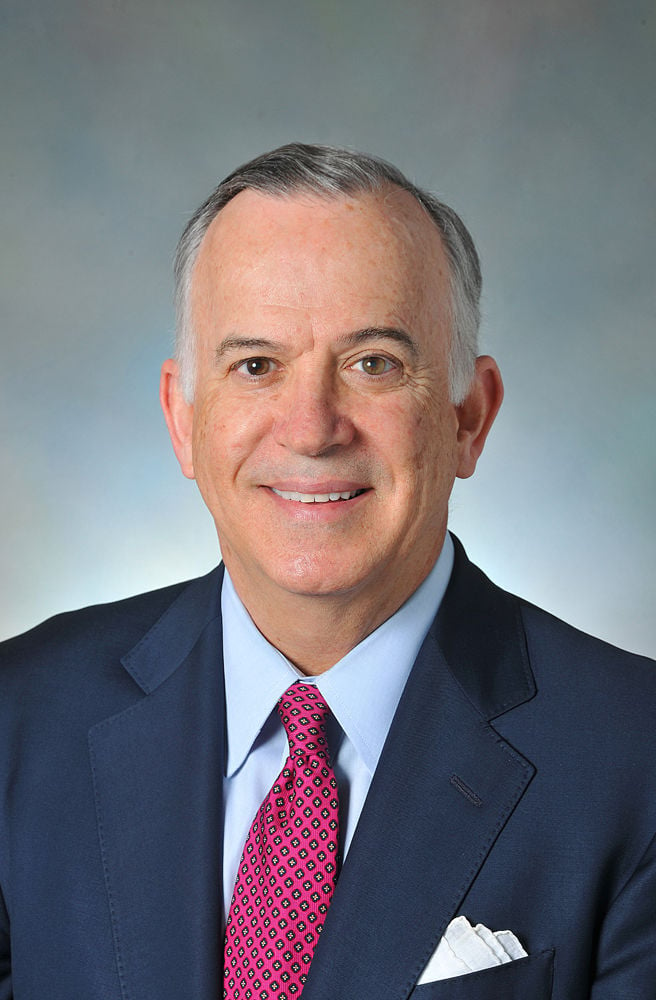