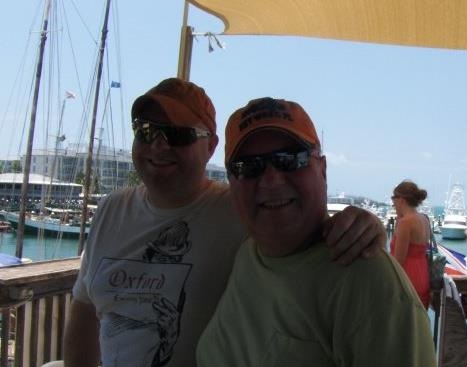 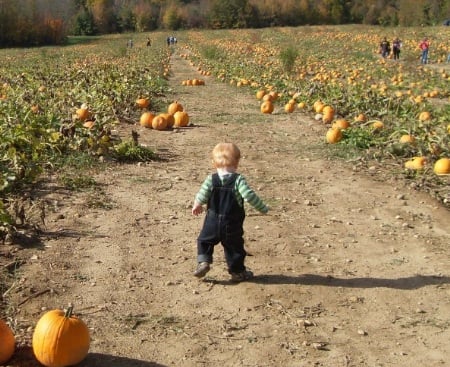 As I ride an early morning train pointed north along the Acela tracks through thick fog and a mild drizzle, there are a few facts I can’t escape:

So how about that drink, eh?

There was no way I could not write about my dad’s passing in my parenting column. I thought about it. But there was no freakin’ way.

When I look out at parenting through the history of time, I take great pride in being one of the lucky ones. Occasionally, you’ll be around a group of people having borderline competitive discussions about how terrible their childhoods were as if there were some great pride attached to these adolescent battle scars. Perhaps so, but I sat on the sidelines during these conversations. My parents were totally empowering and unwavering in their support for their three children. And even though they were just figuring it out as they went along, they had us all fooled with their confidence and consistency.

I’m not going to sit here writing about my fondest memories of my dad or all the reasons I feel guilty today – for yours and my sake. I will stick to the spirit of this column: parenting. After all, Ray Ward is the man who changed my diapers, coached me in two winless seasons of soccer and basketball (but damn we had fun), and he’s the reason I laugh, cry and snore more than I should.

Here are three lessons in parenting, courtesy of Ray Ward.

1. Selfless devotion to others is the ultimate source of strength.

My dad did more than his share of utterly selfless acts. And he never helped out a friend, colleague or family member for recognition or because he felt pressured to. He did so because he could – even when he barely could – and he did so because that’s how he was wired. It’s never been more apparent to me now that this altruism fueled the incredibly positive energy he took with him wherever he went. Positive energy he shared with others.

My dad liked a martini (vodka, dirty, on the rocks…with a couple of olives), he was known to play the ponies, and he once commandeered a frozen groundhog back to his fraternity house from Punxsutawney, Pa. True story. But don’t mistake the occasional light-hearted indulgence for a lack of discipline. My dad had a way of seemingly always making the right decision. And he tried to steer his children in the right way without ever overtly telling us what to do.

I remember during a birthday party when I was younger that I threw a wet and muddy football at my dad’s brand-spanking-new pants to show off in front of my friends. He brought me inside and asked me, “Do you know what prudent judgment is?” At the time, I didn’t. I had to look “prudent” up in the dictionary – the real dictionary, there was no dictionary.com. But now when I think of acting in a way that shows thought and care for the future, I think of my dad.

3. A good joke is sometimes better than sound advice. Sometimes you don’t have all the answers. And sometimes the person looking for answers just needs to have their brain flushed with a good punch line. If you build a catalog of corny, crass and collected jokes from others, you’ll always have something to say:  “A man, an ostrich and a cat walking into a bar…” You get the picture.

I’ll be ever grateful that my dad got to meet my 16-month-old son, Nolan, even if Nolan won’t remember the happy fellow who worked harder than anyone to get a laugh from him. But if I’m able to faithfully execute from dad’s parenting manual, even if I just hit these big three tips, Nolan will know him even better than he realizes.

Happy holidays, everyone. Whenever I would hang up the phone with my dad, he would tell me to, “give that little guy a hug and a kiss for me.” Make sure you do the same with your loved ones this season and beyond.

Mike Ward is his kid’s dad – take that, Dr. Laura – as well as a marketing director for Snagajob by day and a freelancer by night. Follow him on Twitter @TheDiaperFund.

The Diaper Fund: Cloudy with a Chance of Stupid

This time last week my family was holed up in a cheap and dingy extended stay motel room. It smelled like Craigslist.

The other day while presenting in front of my entire company – including about 150 to 200 folks – I made a “Six Million Dollar Man” reference.

The Diaper Fund: 10 Reasons My Kid Will Be President

In less than two months, my 1-year-old will experience his first presidential election. I’m already anticipating some crankier-than-usual, lat…