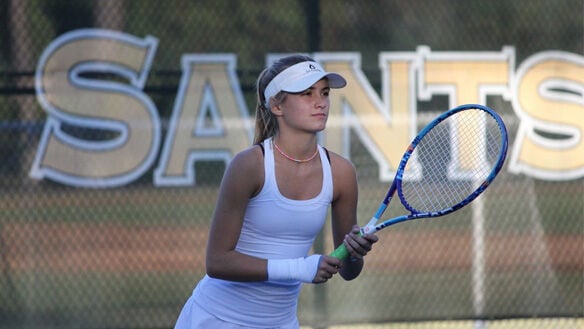 St. Catherine’s senior Madeleine Carithers was mentioned as part of the first team All-Metro girls tennis list for the second year in a row. 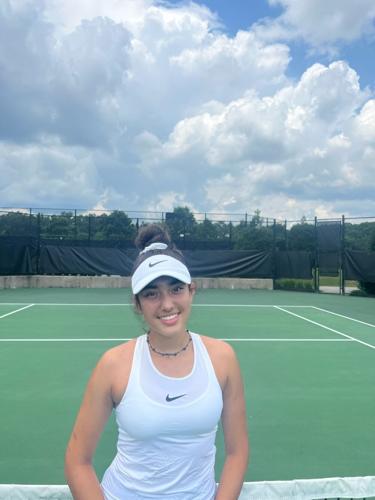 Collegiate sophomore Elizabeth Mendoza was named first team All-Metro after being the VISAA player of the year.

From St. Catherine’s, senior Madeleine Carithers was named a first team All-Metro selection for the second year in a row after leading the Saints as their leader on the baseline. Since her freshman season, Carithers has been the No. 1 singles and doubles player for the Saints, and she’s steadily improved in each season she’s played for the school.

Along with her addition on the All-Metro team, Carithers was also an All-LIS and first team All-VISAA Division I honoree. She finished the season with a 12-4 record in singles competitions and a 11-5 record in doubles.

For Collegiate, four Cougars were mentioned for All-Metro, with Elizabeth Mendoza leading the team as the lone first team mention. Following Mendoza was a second team All-Metro appearance from senior Ty Colina on the boys side and an honorable mention for Graham Bor and Reid Coleman.

After being named VISAA Division I player of the year, LIS MVP and a key factor in Collegiate winning LIS and VISAA titles, Mendoza made a serious case for also being named the All-Metro Player of the Year, though that title was given to Clover Hill star Sia Chaudry.

Mendoza went 19-2 in singles and 16-1 in doubles this season, with her only losses coming against No. 1 singles and doubles opposition from Sidwell Friends School in Washington D.C. and the No. 1 singles player from Episcopal High School.

In the VISAA team state final, it was Mendoza’s skill on the courts that helped push the team to the title, defeating Potomac High School No. 1 Lauren Foster in a tight 11-9 contest and later won 7-5 in the doubles final alongside Rita Taylor.

Colina, also named the team MVP after the season, helped Collegiate earn the two-seed in the VISAA boys state tennis championships, where they ultimately lost to St. Christopher’s School. Colina was also named to the VISAA first team All-State list.

Colina’s teammates Bor and Coleman were also All-State members, with both making the second team this season, and Bor making the first team in 2021.

After both Collegiate and St. Catherine’s featured players on the boys soccer All-Metro Team on July 11, the announcement of the girls soccer …

After Goochland softball’s inaugural season in the Jefferson District ended in a 7-11 record and a regional tournament semifinal appearance, s…

The Athletic Coast Conference received a boost in its recruiting these last few weeks, with the Virginia Tech Hokies grabbing a commitment fro…

After finishing as the runner-up in this year’s state tournament, the GYAA Majors All-Stars team is heading to the Dixie Youth Baseball World Series.

Competing on the biggest stage of the season at the GRAL Swim Championships held at SwimRVA, Goochland’s swimmers stepped up with the lights a…

The Manta Rays swim team celebrated its seniors in its meet on Friday, July 19 in a matchup against Atlee.

St. Catherine’s senior Madeleine Carithers was mentioned as part of the first team All-Metro girls tennis list for the second year in a row.

Collegiate sophomore Elizabeth Mendoza was named first team All-Metro after being the VISAA player of the year.