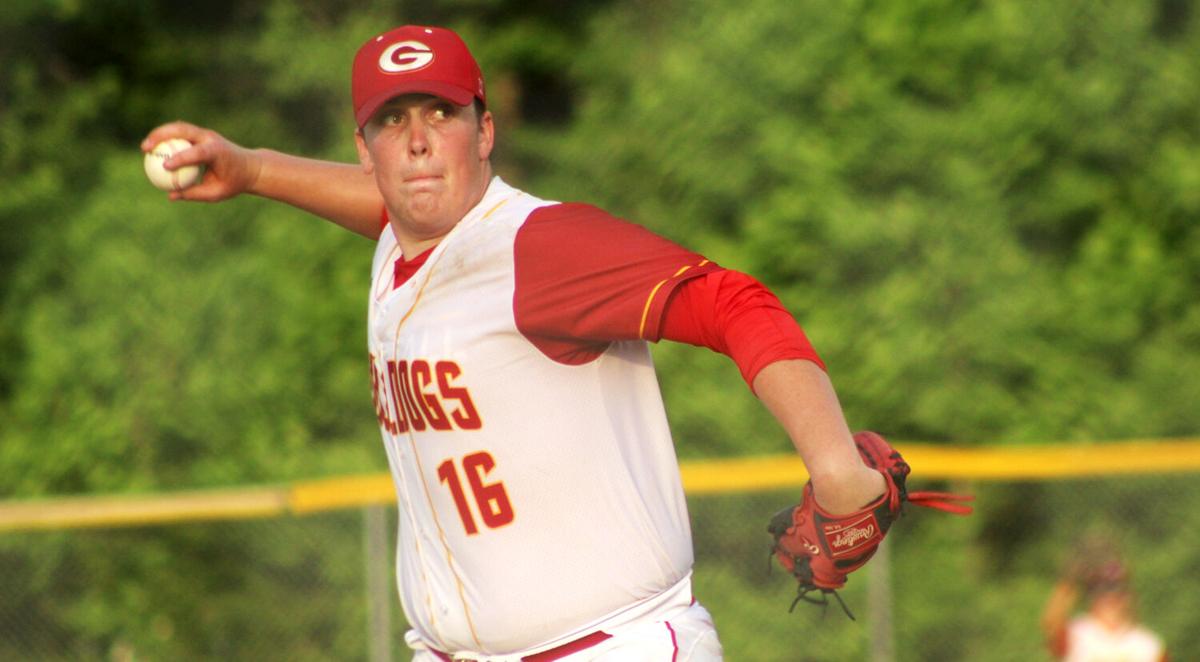 Goochland High School senior Ayden Doczi, seen pitching in a May 20, 2021 home game versus Central Lunenburg, earned the win in six innings pitched and struck out 11 batters in the Bulldogs' 8-3 win over the Chargers. 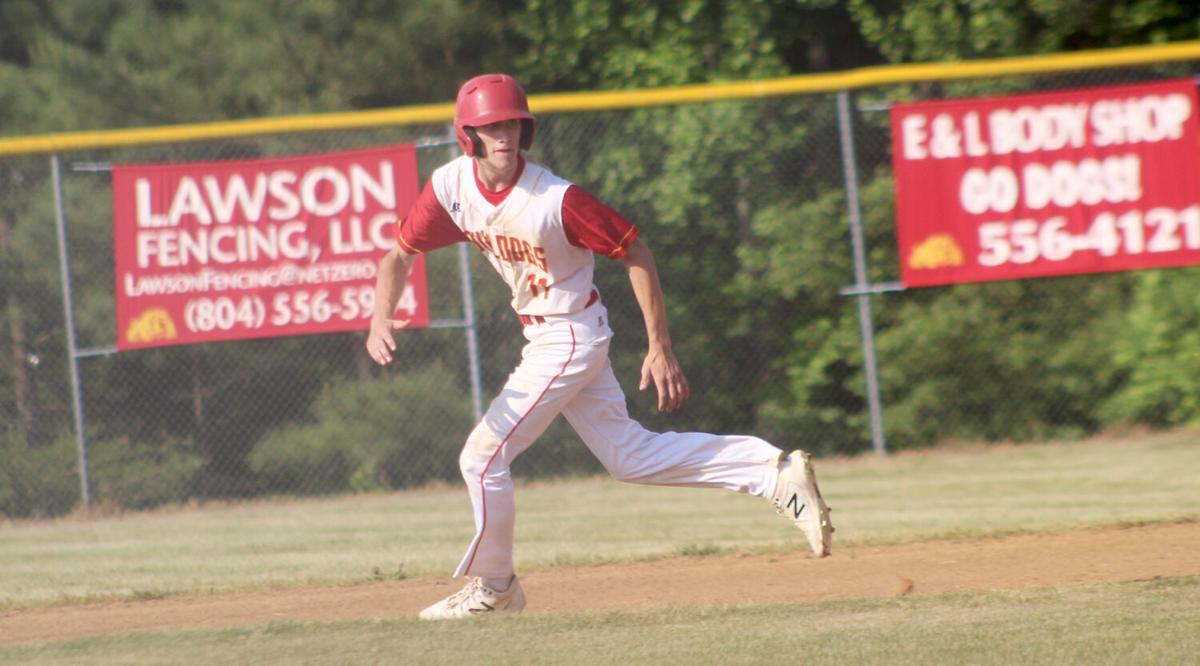 Goochland High School senior Will Stratton, seen running from first to third base in the first inning of the Bulldogs' May 20, 2021 home game versus Central Lunenburg, batted 4 for 4 with 1 run and 2 RBI in Goochland's 8-3 win over the Chargers.

GOOCHLAND – Behind a commanding performance from Ayden Doczi on the mound, a 4-for-4 day at the plate on lighting-paced reaches by Will Stratton and key hits throughout the lineup, Goochland baseball seized an early lead and pulled away for an 8-3 triumph over Central Lunenburg.

The Bulldogs are now 4-3 with four games left in the regular season.

Doczi, who will play football for VMI, earned the win in six innings on the mound. He scattered 3 hits, 2 earned runs and 1 walk across 81 pitches and struck out 11 batters. Of those 81 throws, 61 were for strikes.

The senior zeroed in on his spots and racked up several called pitches with his picture-perfect locations. He excelled at getting ahead in the count, and he was locating really well with his slider. His ability to attack the zone and catch batters looking early on also helped pave the way for him to get the opposing batters swinging at pitches that dipped below the bat and into catcher Travis Lestyk’s glove in the sixth inning.

“I was really able to locate today, and I had great defense behind me,” Doczi said, while adding of his pitching: “It was definitely zeroed in today; I missed a few times and they capitalized on it. This is a good team. They’ve only lost two games (before us) this season: Buckingham, and Nottoway on Tuesday, but hopefully we can continue to play defense and continue to hit the ball and support our pitchers and go out there and win the next couple of games.”

Doczi also helped his case on the mound with his play at the plate, as he had the first RBI of the game and batted 2 for 4 with 2 RBI.

Stratton unleashed his speed to rack up four singles on four infield hits: three ground balls to the shortstop and a bunt to the pitcher.

“We’re all about: ‘Hey, Will, if you can put the ball in play, you’re going to get on base,” Farkas said, “and that’s what he did tonight.”

“They just keep telling me to make contact; I used to be a crazy person on the baseball field, so now that they’re getting me to control it better, I feel like I can put more into my speed than trying to get power out of it,” Stratton said. “If I make contact, I can get down there, I know it. So contact: hits.”

“Speed kills,” Farkas added. “We’ve got three guys right there in a row that can score, a lot of speed right there, so it’s really good for us if we get them on base.”

Stratton beat the play to first base every time, and he helped teammates John Summitt and Mason Gregory score on one of those ground ball hits to stretch the Bulldogs’ lead to 5-1 in the fourth inning.

“You could tell that he was throwing them on the outside corner a lot, so if you really thought that you could get to it, just make contact and just get down the line,” Stratton said.

Stratton also scored the first run of the game in the bottom of the first inning. After he reached base on his first infield single, he extended his trip from first to third base when a Central Lunenburg fielder bobbled the ball before retiring his teammate Andrew Jones at first base.

Stratton then came home off of a groundball single that Doczi hit hard into center field.

In the second inning, John Summitt lasered a line drive into left field to bring home Mason Nuckols for an insurance run. Summitt batted 2 for 3 with 2 RBI and added both a double and a run scored.

Lestyk and Greyson Ragone laced back-to-back RBI doubles in the sixth inning. Ragone batted 2 for 3 and also scored a run. Mason Gregory and Andrew Jones each added one base hit and one run scored.

“We talked about it to the guys: just staying intense, keeping the intensity up every inning," Farkas said, "and not letting up at all."

In the field, Ragone at second base, Riley Hite at shortstop and Nuckols at first base combined on a double play for the first two outs in the top of the seventh.

“For the most part, defense is playing well,” Farkas said. “We’re kind of starting to fire a little better on all cylinders where we hadn’t really been doing that until the last two games. We’re heading in the right direction, guys are playing better, a lot more confidence, and we’re coming together more as a team, which…having a year off, it’s taken a while for us to get back on track, but we’re getting there.”

Goochland will play at Buckingham next Thursday (5 p.m.) before hosting Cumberland on Tuesday, June 1 at 5:30 p.m.

Goochland High School senior Ayden Doczi, seen pitching in a May 20, 2021 home game versus Central Lunenburg, earned the win in six innings pitched and struck out 11 batters in the Bulldogs' 8-3 win over the Chargers.

Goochland High School senior Will Stratton, seen running from first to third base in the first inning of the Bulldogs' May 20, 2021 home game versus Central Lunenburg, batted 4 for 4 with 1 run and 2 RBI in Goochland's 8-3 win over the Chargers.