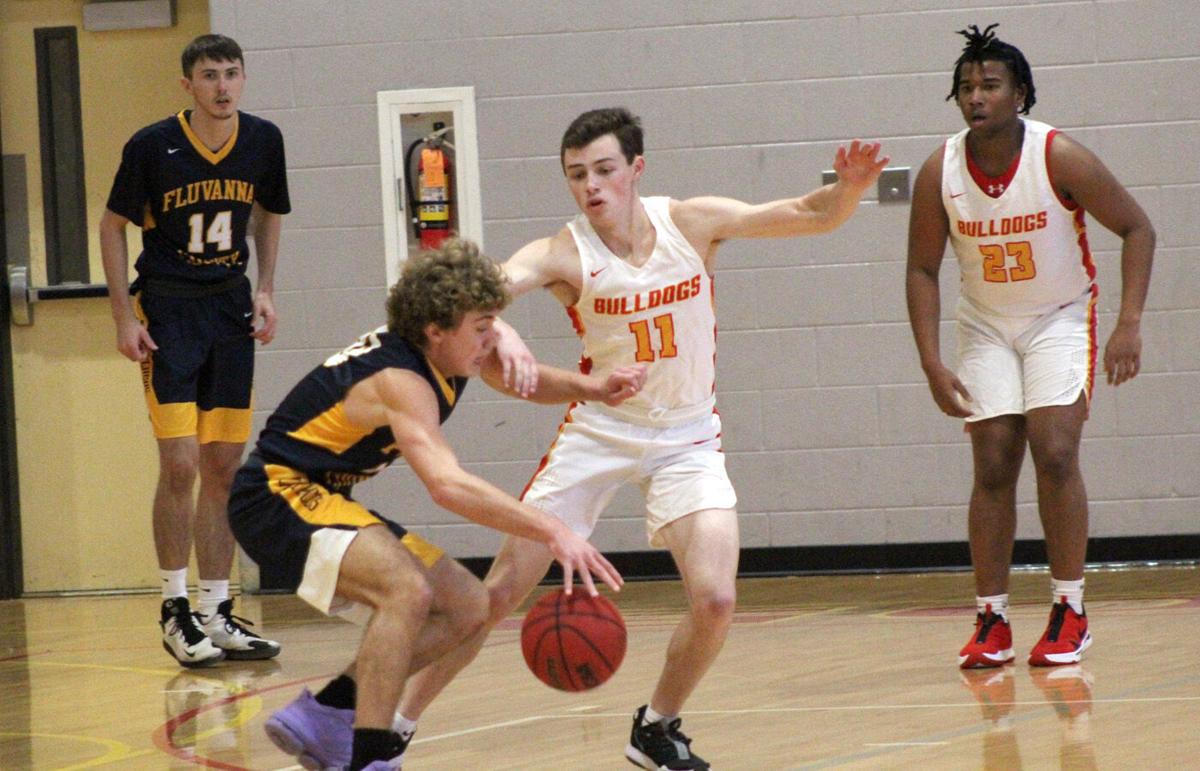 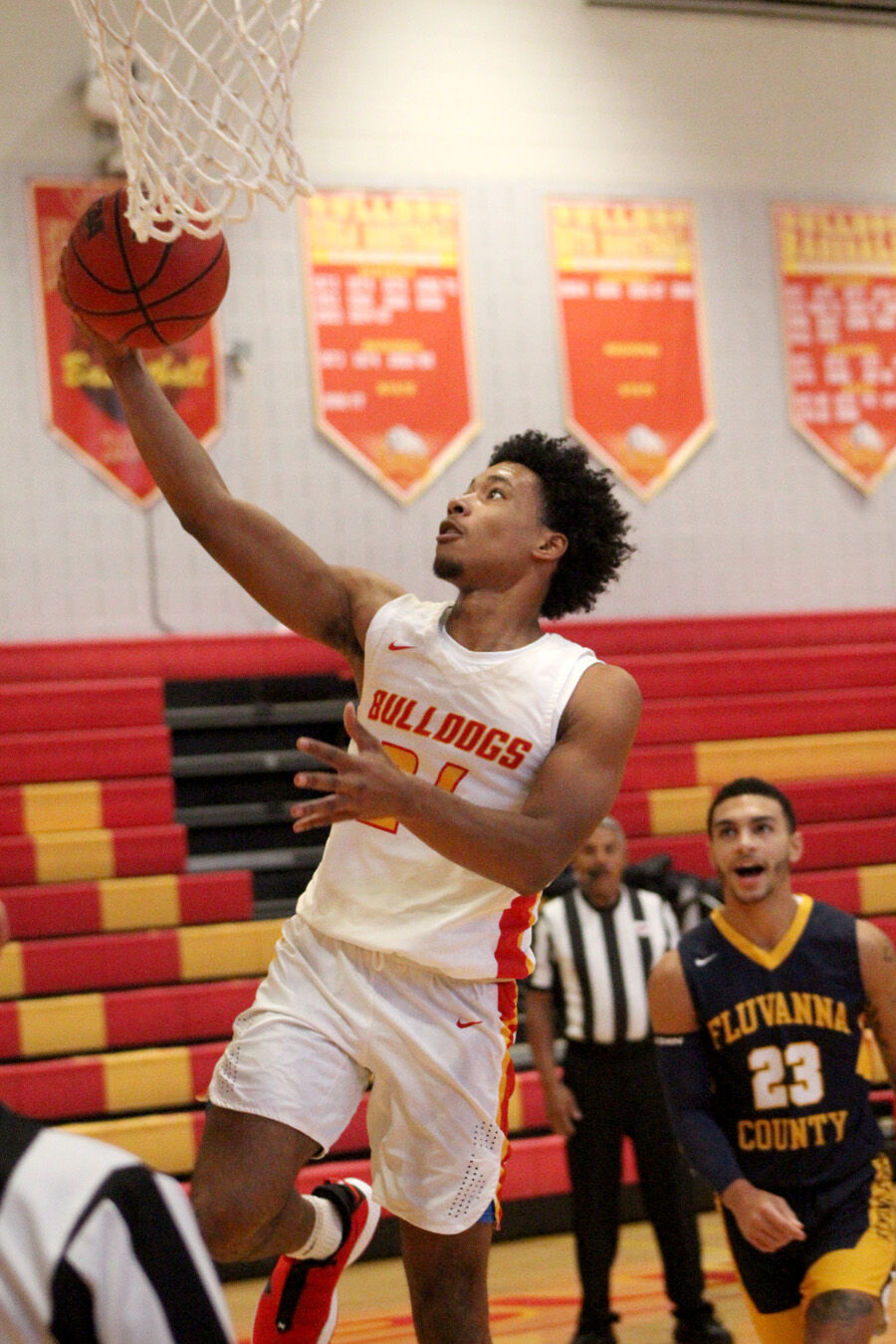 Goochland senior Kameron Holman drives to the basket for a layup in his Bulldogs' 2020-21 season opener versus Fluvanna on Dec. 21, 2020.

GOOCHLAND - While the scoreboard showed an 89-64 loss to future Jefferson District rival Fluvanna, Goochland’s varsity boys basketball team came away from Monday afternoon’s season opener with another kind of victory.

After all of the uncertainty surrounding this season with some nearby school systems opting out of winter sports – and several more waiting to play until January – the Bulldogs were able to shoot, dribble, defend, sprint across the hardwood and pressure a team from another school for 32 minutes of Virginia High School League-sanctioned playing time.

“I was happy to be back for sure, because basketball is something I look forward to every year,” said Goochland senior Jack Hoffler, who scored 12 points on Monday. “I get that not everybody’s got the opportunity to play, and even though we lost, at the end of the day – just to be out here, I’m grateful for that.”

The Bulldogs, featuring a lot of new faces, also grew noticeably within that allotted time. They slashed the Flying Flucos’ lead from 27 points in the early stages of the third quarter all the way down to 64-52 going into the fourth. Ultimately, Fluvanna regained command in the final eight minutes, reigniting their fiery three-point shot and transition offense to flood the basket once more.

“I know our guys are always going to play hard; their effort’s going to always be there; I give a lot of credit to the Flucos. Those guys shot the ball really, really well; it was lights out,” said Goochland head boys basketball coach Preston Gordon. “I think we can do some things differently defensively…we need to do a better job of taking care of the basketball.”

But for Gordon and his team, it was just nice to be out on the court.

“It’s therapeutic,” he said. “This is not the result that we want, but it’s still good to be here.”

Senior Kameron Holman led the Bulldogs with 14 points and added four steals and three assists. His teammate and fellow senior Jack Hoffler caught fire in the third quarter, complementing keynote rebounds with a 3-pointer on the get-back and a turn-and-shoot jumper. Hoffler scored 7 points in the third quarter alone.

Both Holman and Hoffler were among those who applied strong defensive pressure against their opponents at points throughout the entire game.

“I think, personally, I played a little timid in the first half, didn’t really look for my shot too much and, second half, I tried to come out more aggressive and I think so did everybody else,” Hoffler said. “I think we got to our spots much better defensively in the third quarter.”

The Bulldogs excelled in their looks from the free-throw line, shooting 14 for 18. Omarion Quarles and De’Andre Robinson each netted eight points and hauled in seven rebounds for Goochland.

It was the Bulldogs’ first time playing a game this winter without any scrimmages against other teams beforehand. As they continue their season, Hoffler said he has to do a better job with boxing out, keeping his player in front of him, helping over when he’s off the ball, taking care of the basketball and looking for his shot.

“I think I did that pretty well in the second half and got some good looks,” he said.

For the team, Hoffler said they’ve got to do a better job of communicating and getting to their spots to limit open looks for their opponents.

“Everything that happened today, we can fix, we can work on,” Gordon said. “There are areas of improvement and, first game, we’re going to take in stride, we’re going to learn from it and try to get better.”

To coach Gordon, the season is already successful.

“Because we’re here,” he said.

Goochland senior Kameron Holman drives to the basket for a layup in his Bulldogs' 2020-21 season opener versus Fluvanna on Dec. 21, 2020.