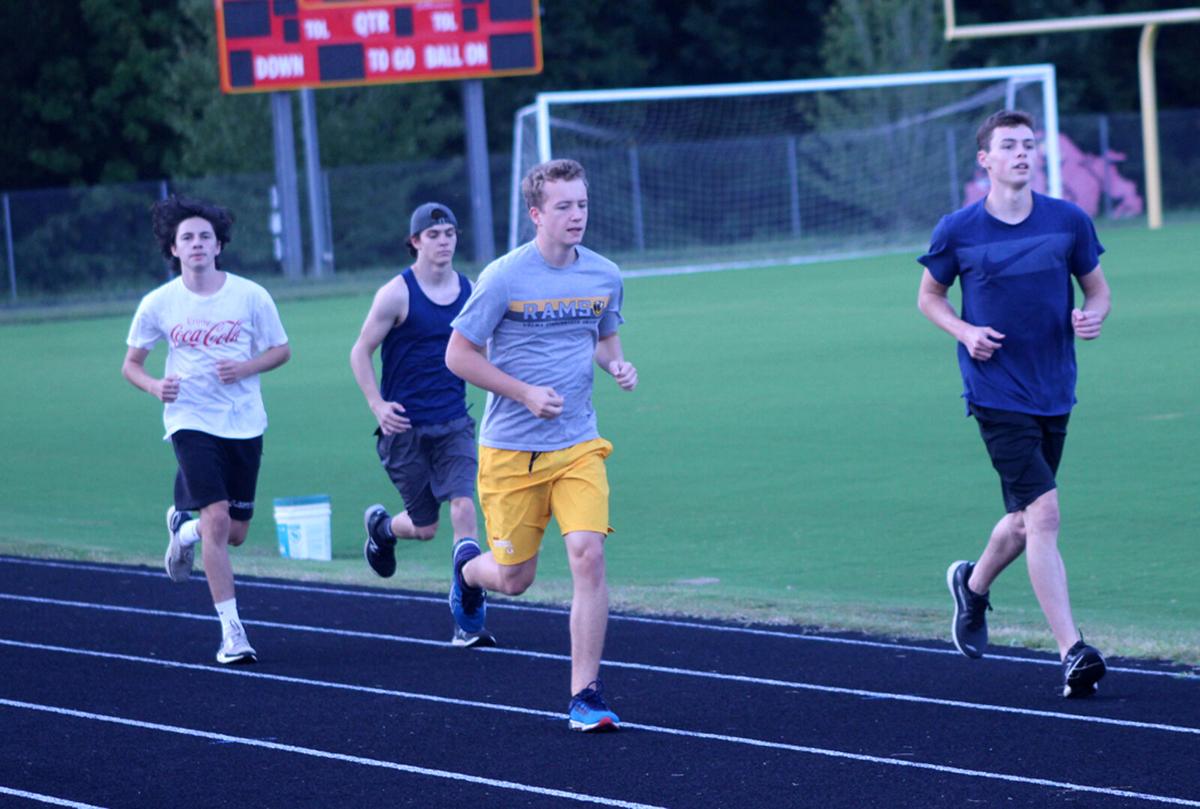 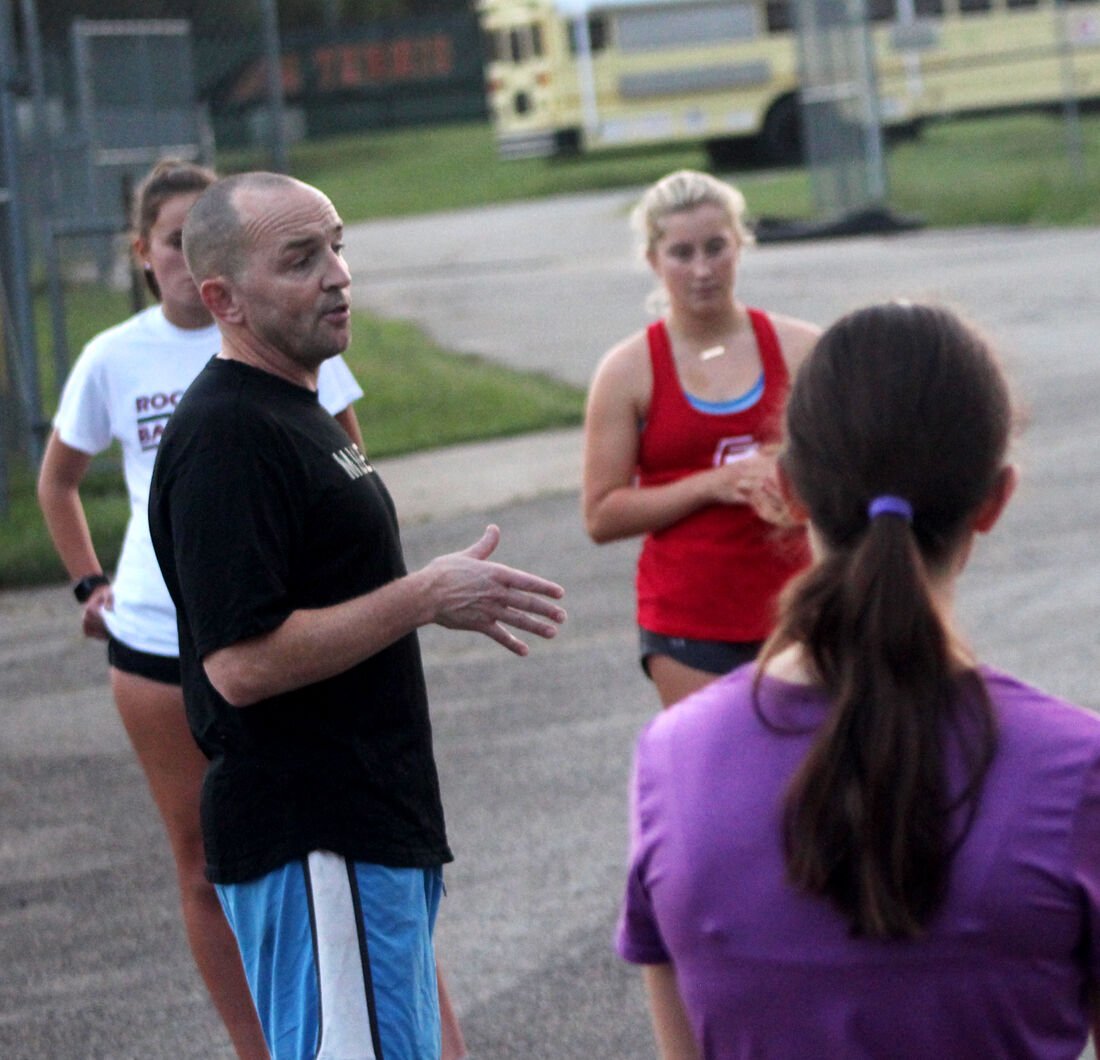 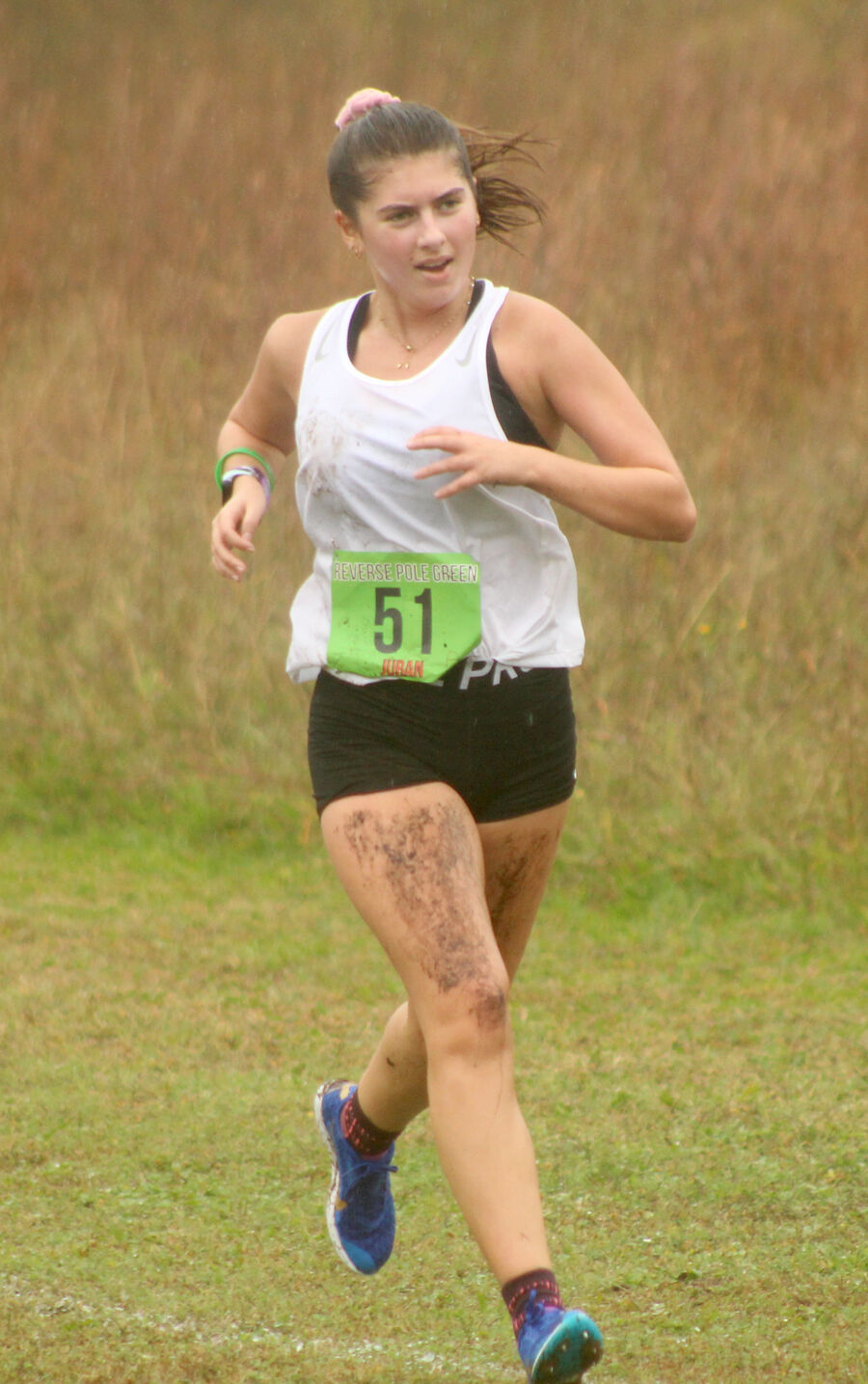 Goochland High School's Grace Juran sprints to the finish in the girls open race at Pole Green Park on Oct. 10, 2020. 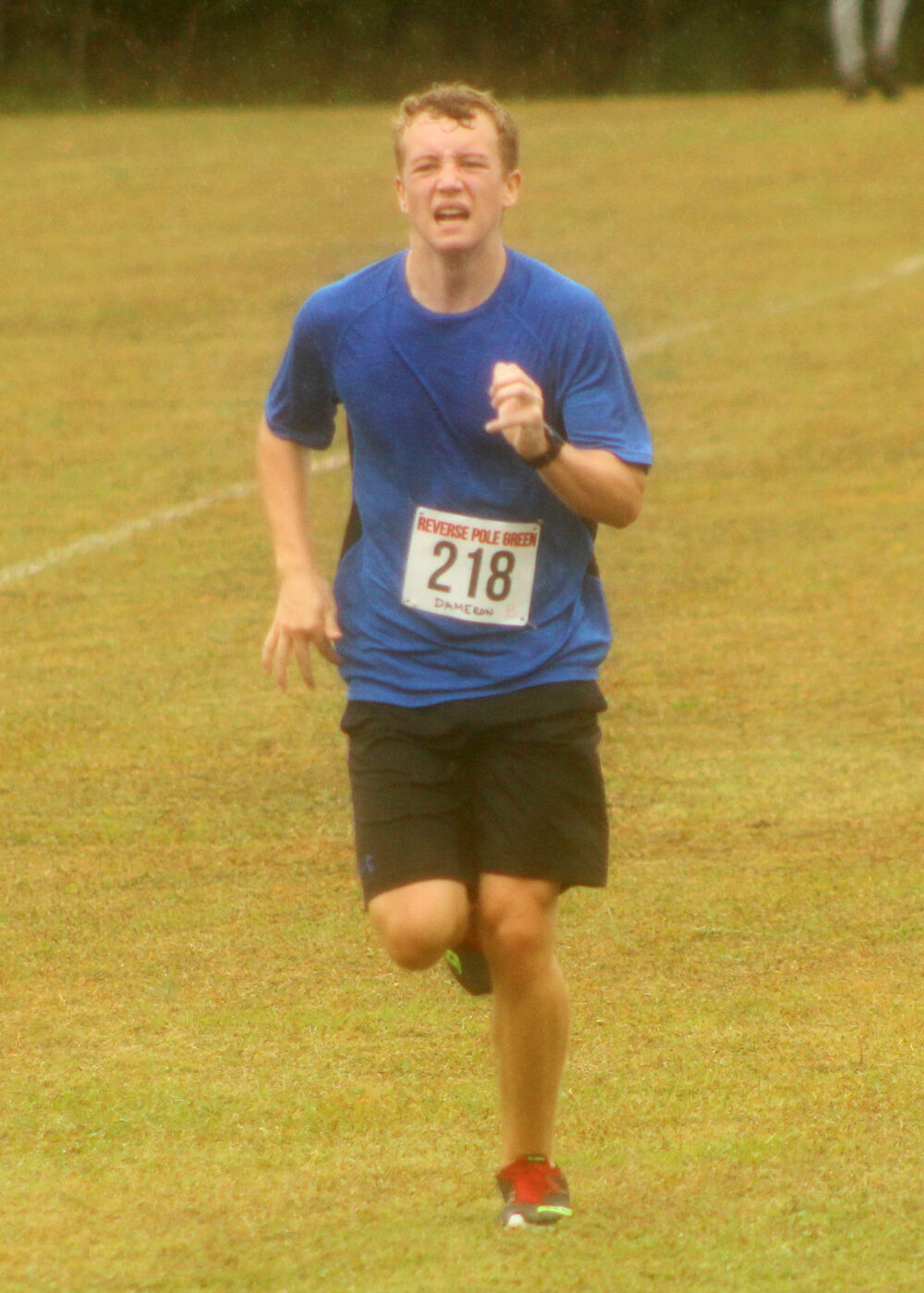 GOOCHLAND – For Virginia public schools, cross country is still a good ways away. The first official practice won’t be until February because of the rearranged and condensed 2020-21 athletic year.

But with the prolonged wait comes more weeks to prepare, and twice a week in the evenings, Goochland’s runners have embraced that opportunity with the cross country team’s optional workouts.

Goochland girls cross country coach Andrew Meiller has been impressed by the turnout. The workouts are not mandatory, yet on average, around 20 runners are coming out to get in the extra mileage – and do so together – while also practicing social distancing and safe practices.

“It’s very refreshing; I’m very happy about it,” Meiller said of the numbers. “It’s surprising – I was expecting maybe 10 to 15 tops . . . seeing these guys out here – and they’re motivated and they’ve got great attitudes – it just makes me really excited for the season.”

Senior runner Grace Juran was also surprised when she saw the 20-plus people that they’ve had.

“And it’s been pretty continuous,” she said. “It’s really nice to see everyone out here dedicating their time just like I am.”

The social interaction the runners get through the workouts has been important. At Thursday’s session, the student-athletes ran at what Meiller called a conversational pace, meaning they were able to run and talk at the same time and get to know one other a little better.

Freshman Luke Farkas said “it’s definitely good to see different people,” and freshman Megan Reid noted that it’s definitely easier to run when you have others to pace you and help you.

“I think that’s a lot better than having to run by yourself,” she said.

“I love it. I love meeting the new people and new girls,” Juran added. “I really love the opportunity the school gave us.”

“I’m glad that we’re still being safe while we’re doing it, though,” senior Reid Dameron said. “But isolation is really addicting, and so it’s good to have these things you can go out and do so you just don’t get addicted to just being alone.”

There’s structure and motivation to be found, noted Farkas, who also spoke to the importance of staying in shape during this time - “staying ready to run.”

The workouts also give the returners and new runners a chance to build continuity with one another and improve so that, when spring rolls around, they’re “already in mid-season form” since the upcoming season will be shorter than usual because of the condensed schedule, senior Jack Hoffler noted.

“Knowing that you’ve got such a long way until the start of the season, it helps you just start to build up your miles,” Hoffler said. “You can take advantage of having the months to prepare and try and get to be your best version of yourself, especially for me being a senior.”

“I think it’s good to utilize the time that we have,” Megan Reid said, “and start getting a head start.”

Meiller pointed out that the more they do now, the easier the workouts will be later on – it’ll be easier for the runners to go faster in the future because they’re building a base now. He’s also encouraged them to run on their own outside of the twice-a-week sessions.

Megan Reid said she’s been running a lot more than usual and that she started back in March in getting ready for the season as she expected it to start sooner. She’s looking to keep up that consistency.

Dameron expects to be faster this year, and Juran, who was out for a month with an injury last year, has been focused on consistency, upping her mileage a little bit and putting in strength training with the goal of injury prevention.

Both Dameron and Juran ran unattached in the races at Pole Green Park, hosted by Hanover Elite XC Club, this past Saturday. Taking on the first-ever utilization of the reversed-course layout on the lower course and battling slippery conditions with rain falling throughout the afternoon, Dameron ran a 22:52 to place eighth in the boys open B race, and Duran ran a 23:38 to finish 12th in the girls open A race.

Hoffler said that, if they were partaking in a normally scheduled season this fall, his times would be faster at the start than they were last year.

“I can say that I’ve been more consistent leading up to this season,” he said. “I’m hoping to keep that going . . . when we actually start races.”

Dameron feels that he and his fellow seniors have seen the runners get better and progress, and he’s hoping for a stronger season after injuries prevented them from doing their best last year.

The first practice for the VHSL cross country season is slated for February 15. First contest date is March 1.

Between now and the official season’s start, the runners are focused on building up miles and staying healthy.

“I think it’s good that we’re all out here,” Megan Reid said. “Come the season, I think we probably just should try our best with the circumstances that we have.”

POWHATAN - Chase Whitley launched a go-ahead line drive for two runs in the top of the sixth, and he and his Powhatan Little League Raiders se…

To say Collegiate is opening the 2020 season with a dominant start would be putting it lightly.

GOOCHLAND – Karen Hicks had three sons who came through the Goochland Youth Athletic Association, so she became a familiar face – and came to …

Goochland High School's Grace Juran sprints to the finish in the girls open race at Pole Green Park on Oct. 10, 2020.