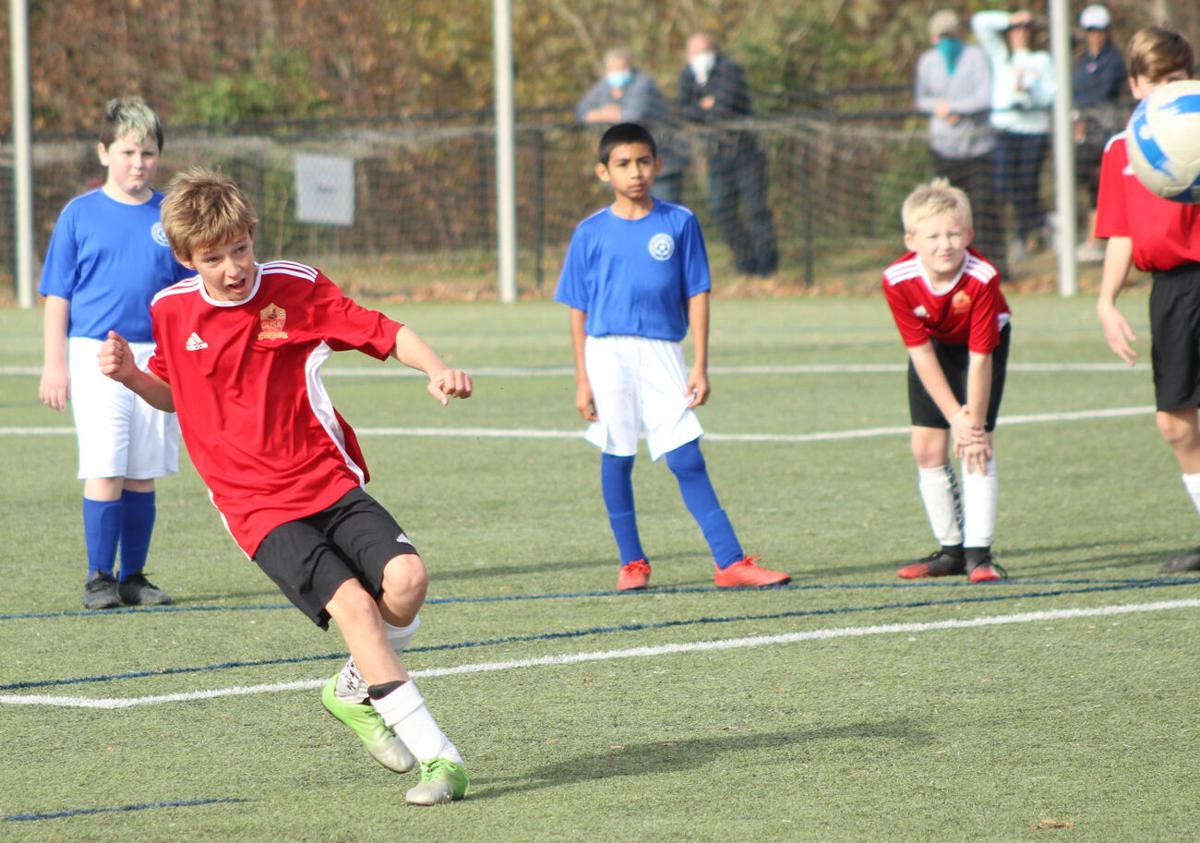 GUSA U12 Dynamite's Jonathan Worthington scores a goal on a penalty kick. 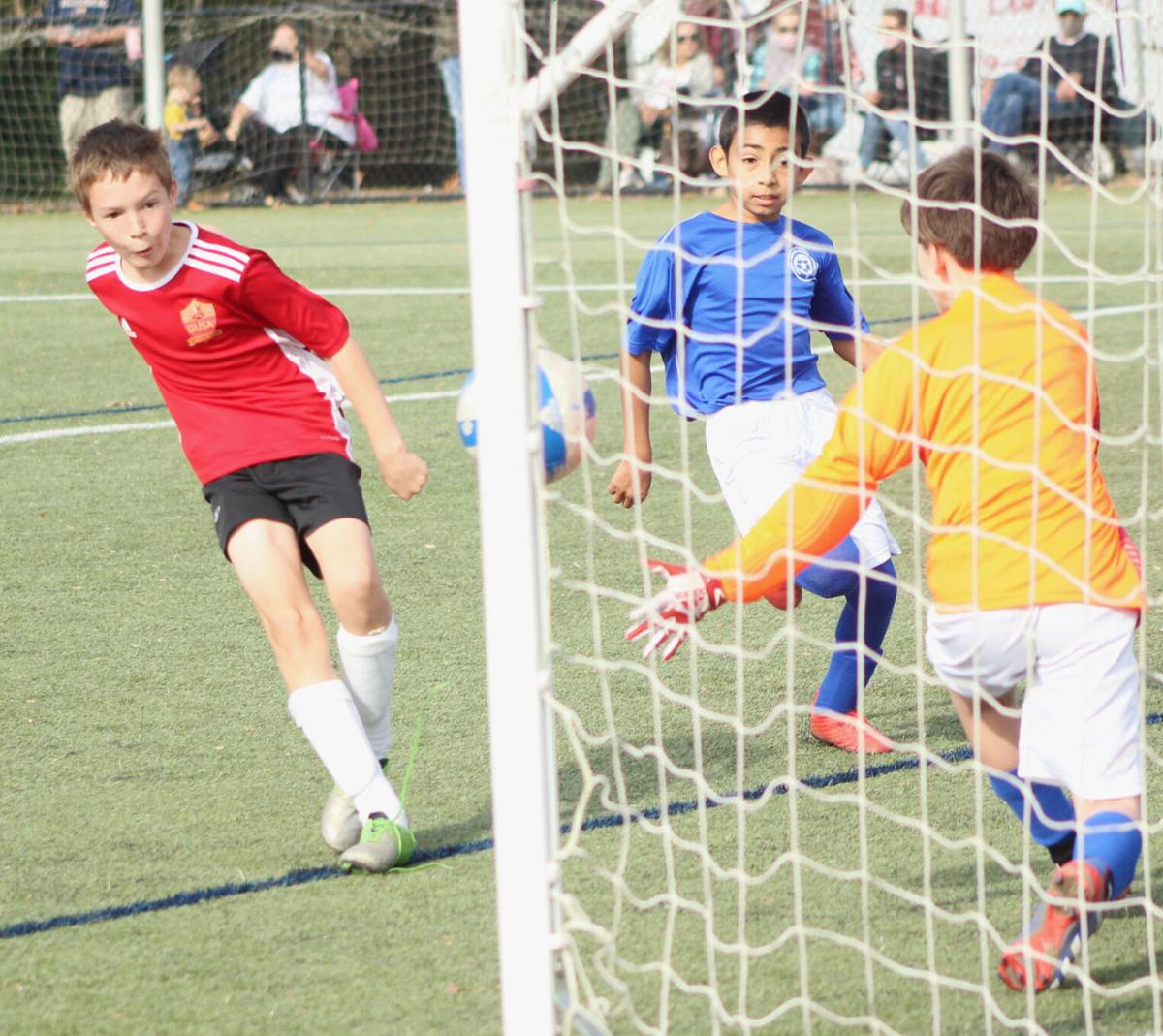 RICHMOND – Goochland United Soccer Association’s U12 Dynamite team capped its dominant 2020 fall season with an unbeaten run through the Richmond Kickers Mega Blast Tournament to win the U12 Revolution championship.

A lot of the team’s players, coached by Michael Wallmeyer and Jason Funkhouser, had been together since U8 and have carried that chemistry into the higher age divisions.

“Getting them all to play and get out there has been great, seeing them grow and develop as players,” Wallmeyer said.

The young team, featuring mostly 10-year-olds with three 11-year-olds and two players aged 8 and 6, respectively, won all but one of its games this fall, with its one non-win ending in a tie.

After winning all four of its games to earn the U12 Capital Fall Classic Tournament championship in early November, the Dynamite started the Mega Blast U12 Revolution tournament in strong fashion, beating two different Richmond Kickers teams, 6-1 and 3-0.

Those wins set up a winner-takes-all game on Sunday, with the Dynamite’s opponent, Colonial Heights CHSA Thunder, also winning both of its games on Saturday.

The Thunder struck first to lead 1-0, but brothers Jonathan and Isaiah Worthington delivered back-to-back goals at the half. Jonathan tied the game on a penalty kick, and Isaiah netted a short-distance strike to push Goochland into the lead.

Colonial Heights in the second half struck back to tie the game, but Isaiah, with a sliding kick, scooted the ball into the corner of the goal to lift his team ahead of their opponents for the final time that day.

Goochland held on to win 3-2, and it did so despite a couple of key players going out of the game at intervals due to getting hurt. Wallmeyer said the substitutes went in and played “seamlessly without any interruption.”

“I just enjoyed working with these kids,” Wallmeyer said. “I can’t wait for spring to start up.”

GUSA U12 Dynamite's Jonathan Worthington scores a goal on a penalty kick.