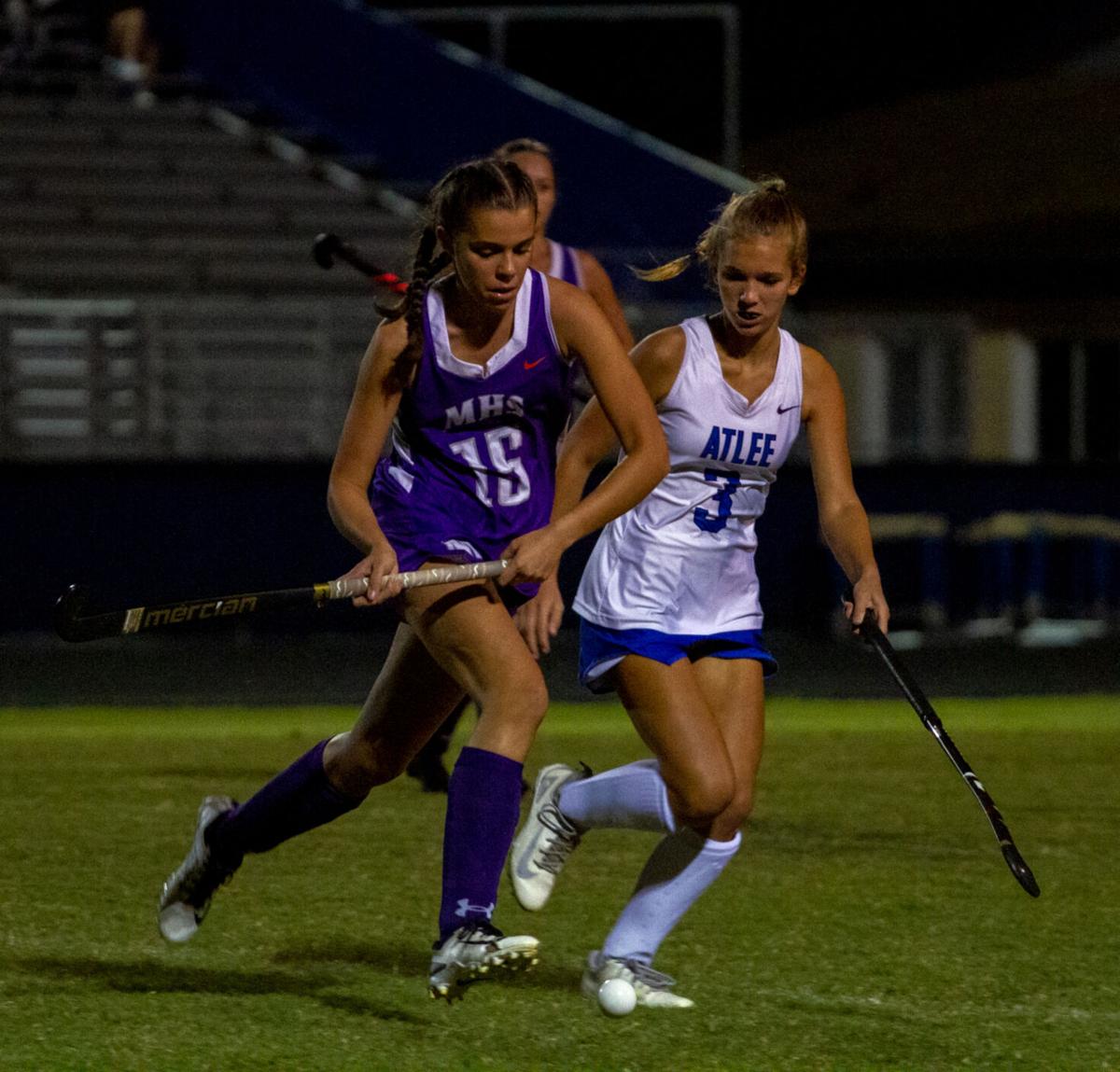 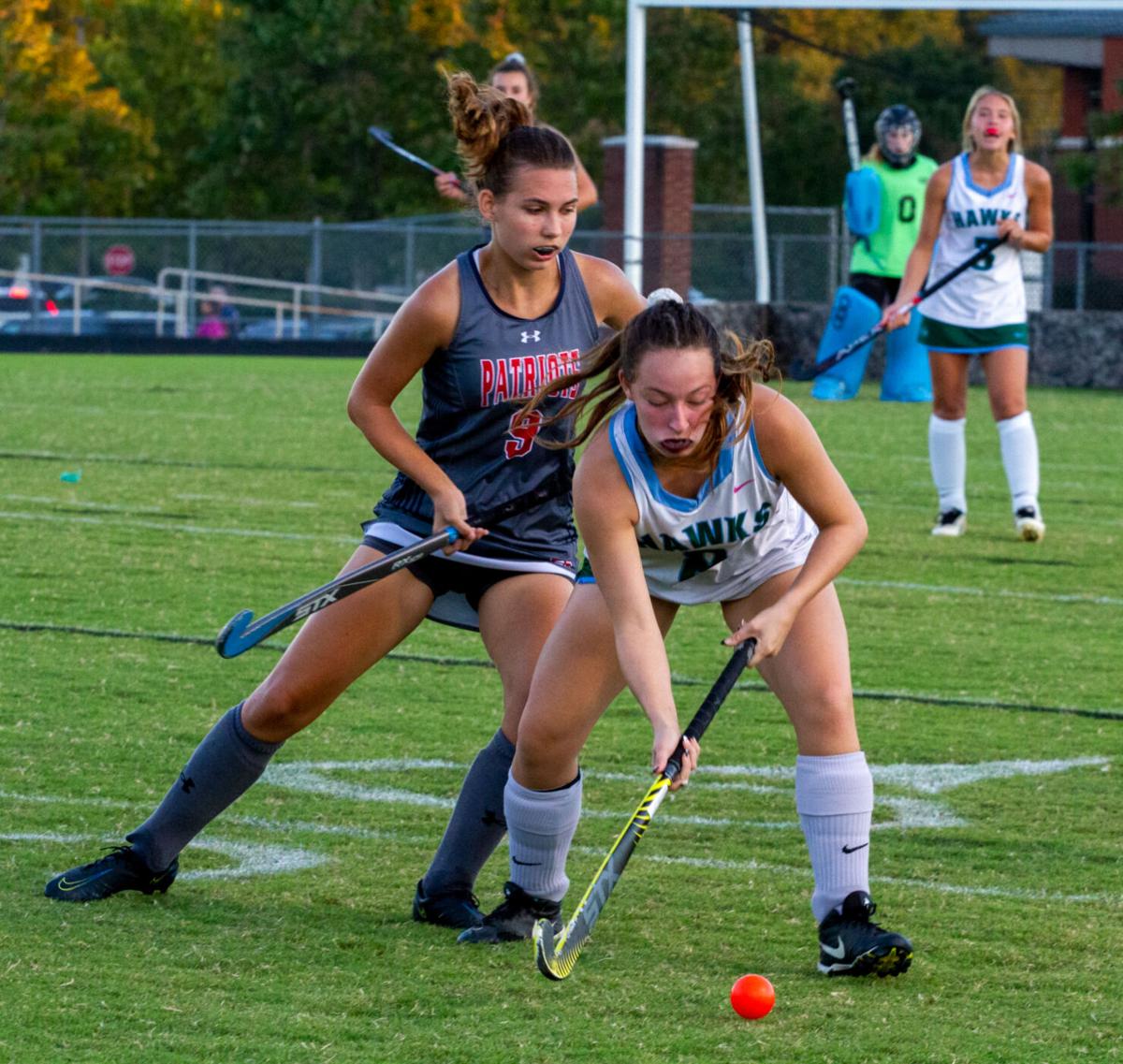 MECHANICSVILLE – For four quarters Mechanicsville and Atlee’s field hockey squads battled to a 0-0 tie. But the Mustangs’ Hailey Pierce – despite some mysterious whistles causing the players to halt – broke through the Raider defense to score 1:13 into overtime to post Mechanicsville to a 1-0 victory at Atlee Wednesday.

That wasn’t the only close cross-county contest that night. After going up three goals, Hanover barely beat back a furious Patrick Henry comeback in the final quarter to post a 3-2 tie on the Hawks’ home pitch.

Mechanicsville head coach Merridee Gibson said the play was getting increasingly sloppy as the game wore on until the coaches asked the referees to tighten things up.

“Everything was a lot quieter in the second half,” Gibson said. “But neither of us scored. We hit the post and hit the just outside the post on the side net about halfway through the half and then right there at the end, but just could not get anything in. And then overtime happened.”

In neither case did the whistle the players heard come from either of the two referees.

So Pierce started up, punched through the rest of the Raider defense and put the ball in the net.

“So we were all pretty happy,” Gibson said. “That was one overtime, just the first one first minute and 13 seconds. It was mercifully quick because we were all tired.”

At Hanover, the Hawks built up a 3-0 lead over the first three quarters of their game against the Patriots with the help of a first-quarter goal by Olivia Dumville and a pair of third quarter goals by Kenson Epperly.

But the Patriots weren’t planning on going into the night quietly. Jenna Dyke and Autumn Just each scored a goal in the fourth quarter to bring the Patriots to within a point, and they kept the pressure up – but ran out of time.

Patrick Henry head coach Abbie Rossman said that the Patriots, who had a number of players out for several days, were playing in passive mode when the players returned for the Hanover game.

“We allowed things to happen to us rather than making things happen,” Rossman said. “We forgot some fundamental things, could have used each other more.”

But there were moments she was quite pleased with her team’s play.

“There were real moments of brilliance that made me super proud,” Rossman said. “Coming back from a 3-0 deficit to score two goals was a tremendous validation of their character and how they fight through adversity.”