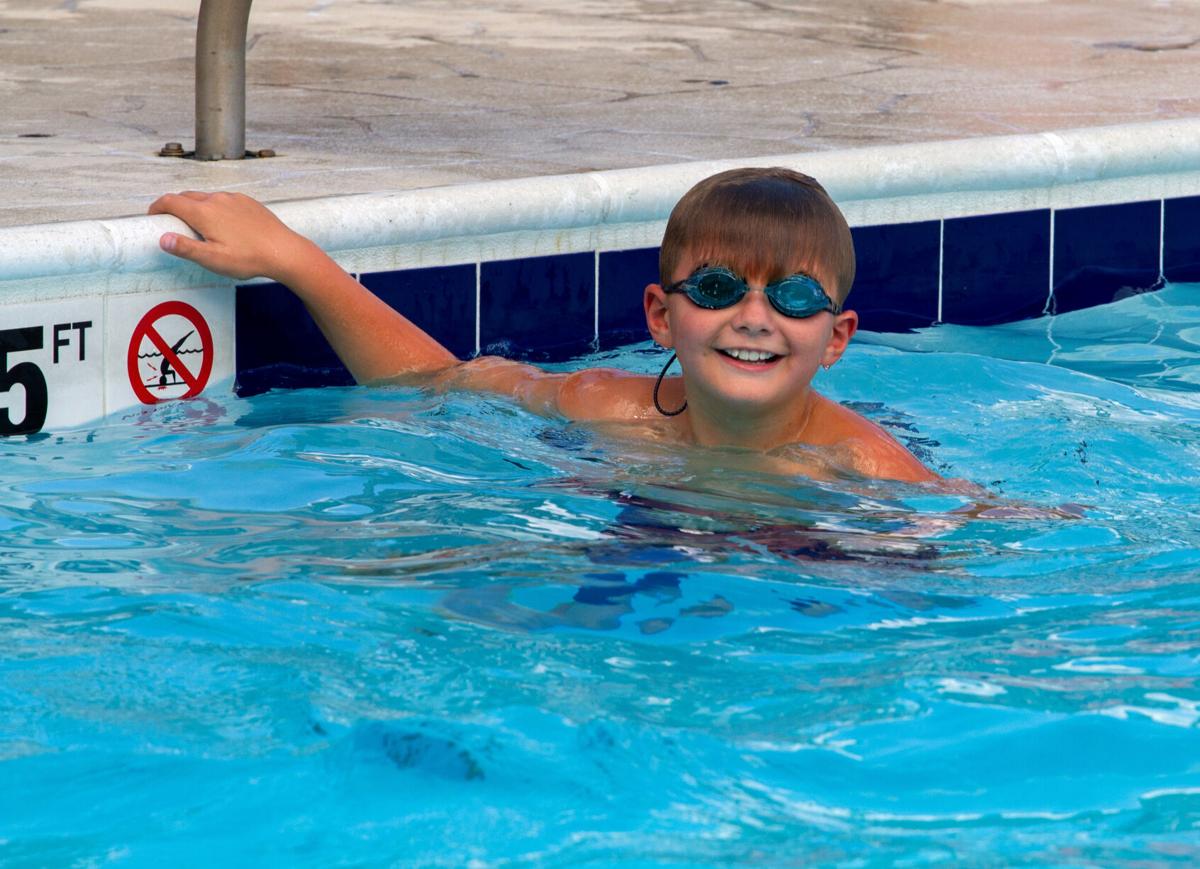 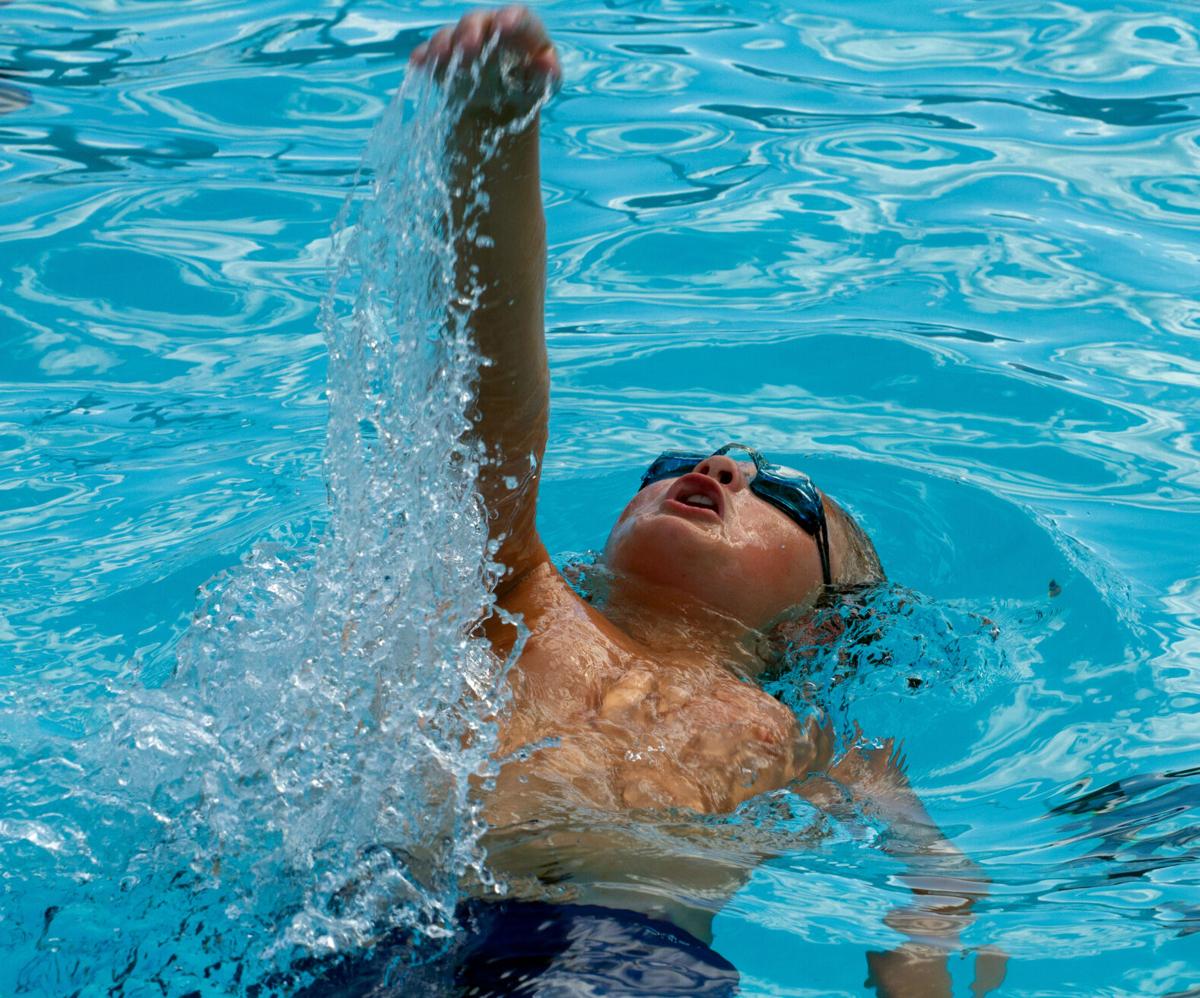 ASHLAND, Va. -- Garrett Marr reaches up and back while doing the backstroke at Hanover Country Club on Sunday, Aug. 30, 2020. 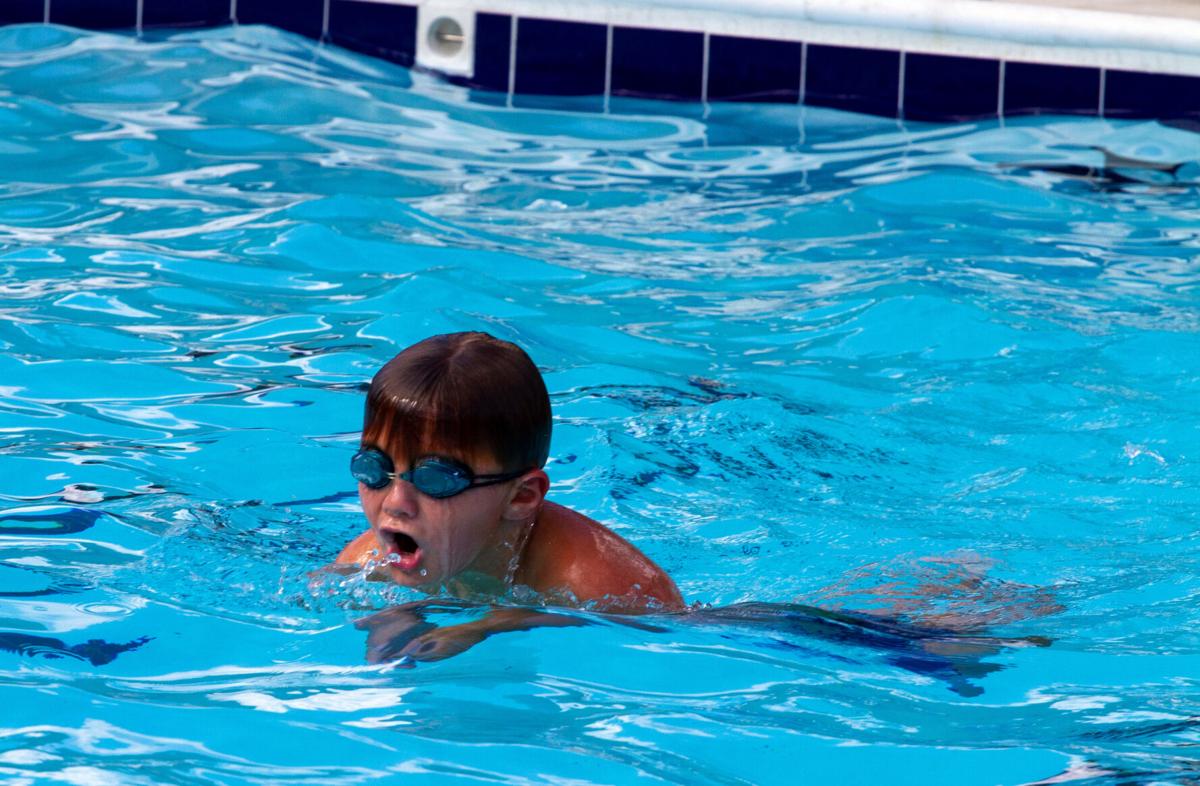 ASHLAND, Va. -- Garrett Marr pushes off the wall while doing the breaststroke at Hanover Country Club on Sunday, Aug. 30, 2020.

ASHLAND – Six years ago, Ashland resident Garrett Marr struggled to use the left side of his body. Cerebral palsy had rendered Garrett, who was 4 at the time, hemiplegic. But the Ashland resident loved being in the water. And, despite his young age, he was determined not to let his disability define or limit him.

And he didn’t. Continuing with years of aggressive therapy that began when he was an infant, he worked to gain the mobility he needed on his left side to swim. Then he took swimming lessons. Eventually, he joined the Hanover Country Club’s Greater Richmond Aquatic League swim team.

For him, just starting and finishing a race is a win – though, fierce competitor that he is, he’d rather have traditional wins. Nevertheless, his presence gives his teammates a boost.

“He’s the best sport we have on the team,” said Shelby Nash, head coach of Hanover Country Club’s GRAL swim team. “He encourages everyone. He pushes himself. He doesn’t get upset.”

Garrett, however, wasn’t always as eager to swim as he is now.

“He didn’t want to swim in meets. He was embarrassed initially,” Nash said. “He pulled through every single time.”

Garrett was diagnosed with cerebral palsy as an infant.

“There is no such thing as handedness when you’re a baby. There’s no such thing as being right-handed or left-handed,” said Garrett’s mother, Gretchen Marr. “The first thing we noticed was that he only used his right hand. That’s a red flag for pediatricians that there’s something going on.”

Years of therapy soon began – and are still ongoing. One of the primary goals was to improve the flexibility and range of motion of his left arm and leg.

“He’s been in therapy ever since he was 9 months old,” Gretchen Marr said. “What has happened over the last few years is that he has done a lot of work. The left side is not as coordinated as the right side, but with all of his hard work it has become more coordinated. With swimming, he doesn’t have to think about using his left side, whereas, when he first started, he really had to think and remember there was a left side.

“Now that part is taken care of, so he can really focus on his coordination and mobility. He does a lot of stretches. He does physical therapy and occupational therapy. All of that is to increase mobility and coordination on the left side – and strength.”

The fifth grader at the Carmel School in Ruther Glen claims he has no favorite classes, but he has three favorite sports: swimming, basketball, baseball and soccer – the season determines which of the three is at the top of the list. Basically, his favorite sport is the one he can play right NOW.

Just as he has adapted in swimming, he has done the same in baseball. He’s a pitcher and both throws and catches right. One of his heroes is former Major League pitcher Jim Abbott, who had a successful 10-year-long career in the Major Leagues despite having been born without a right hand. Garrett shifts his glove off-and-on like Abbott did when switchingrom throwing to fielding and back.

Garrett even has a fish named Abbott after his hero.

He is a fierce competitor which can result in plenty of frustration, too.

“He’s so competitive . . . swimming is a very difficult thing for him to do,” said Jeff Marr, Garrett’s father. “He thinks he should be beating all of his peers because he has to work harder.”

Garrett doesn’t expect, nor does he receive special treatment. He deals as much trash talk as he takes from his friends on the team. They look out for him, but they treat him just like any other teammate.

Garrett, who is shy in front of a reporter, grins as his parents discuss the ribbing that goes on among his teammates.

Gretchen Marr points out that Garrett’s competitive streak has benefits, too.

“The competitiveness is an advantage, too,” she said. “I know he gets frustrated in events and stuff like that, but … because he is that way, he works harder when there’s a goal that he wants to achieve – even in therapy.”

But Garrett is not all work. He’s got a silly streak one should expect of a 10-year-old. When asked what he liked most about swimming, he said, “The Fridays, when we do games and eat donuts and get ribbons.”

(Editor’s note: The following was written by Rick Burke with the Navy Office of Community Outreach.)

ASHLAND, Va. -- Garrett Marr reaches up and back while doing the backstroke at Hanover Country Club on Sunday, Aug. 30, 2020.

ASHLAND, Va. -- Garrett Marr pushes off the wall while doing the breaststroke at Hanover Country Club on Sunday, Aug. 30, 2020.