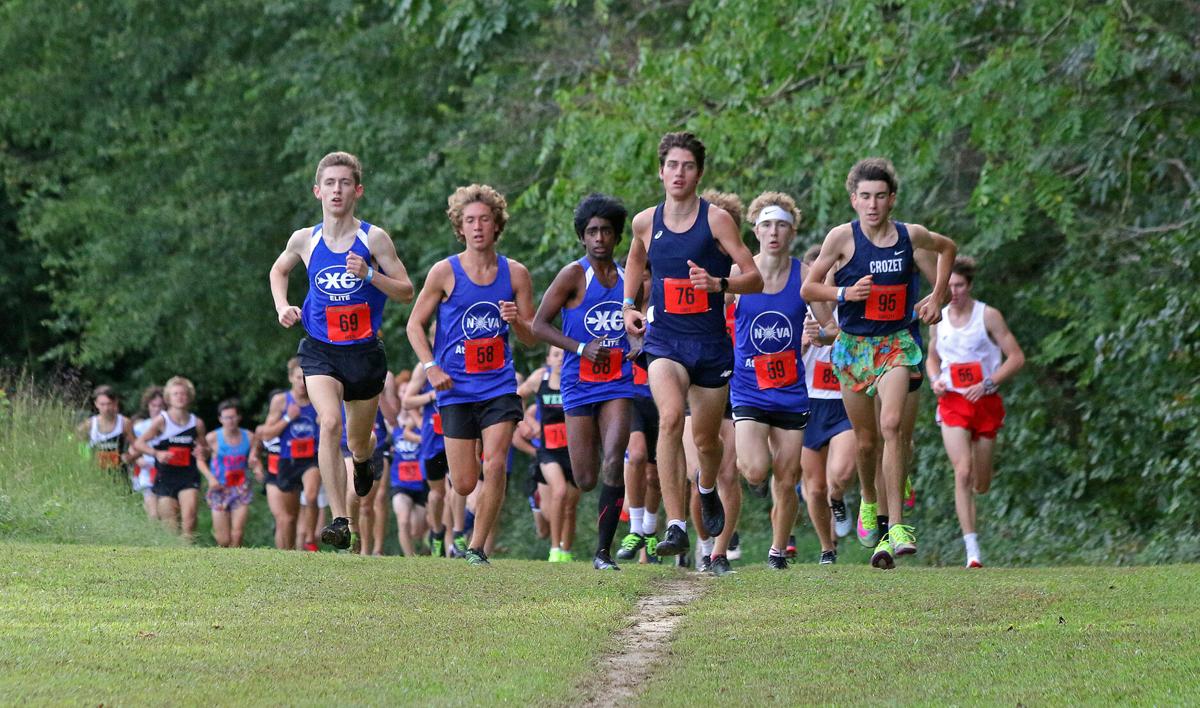 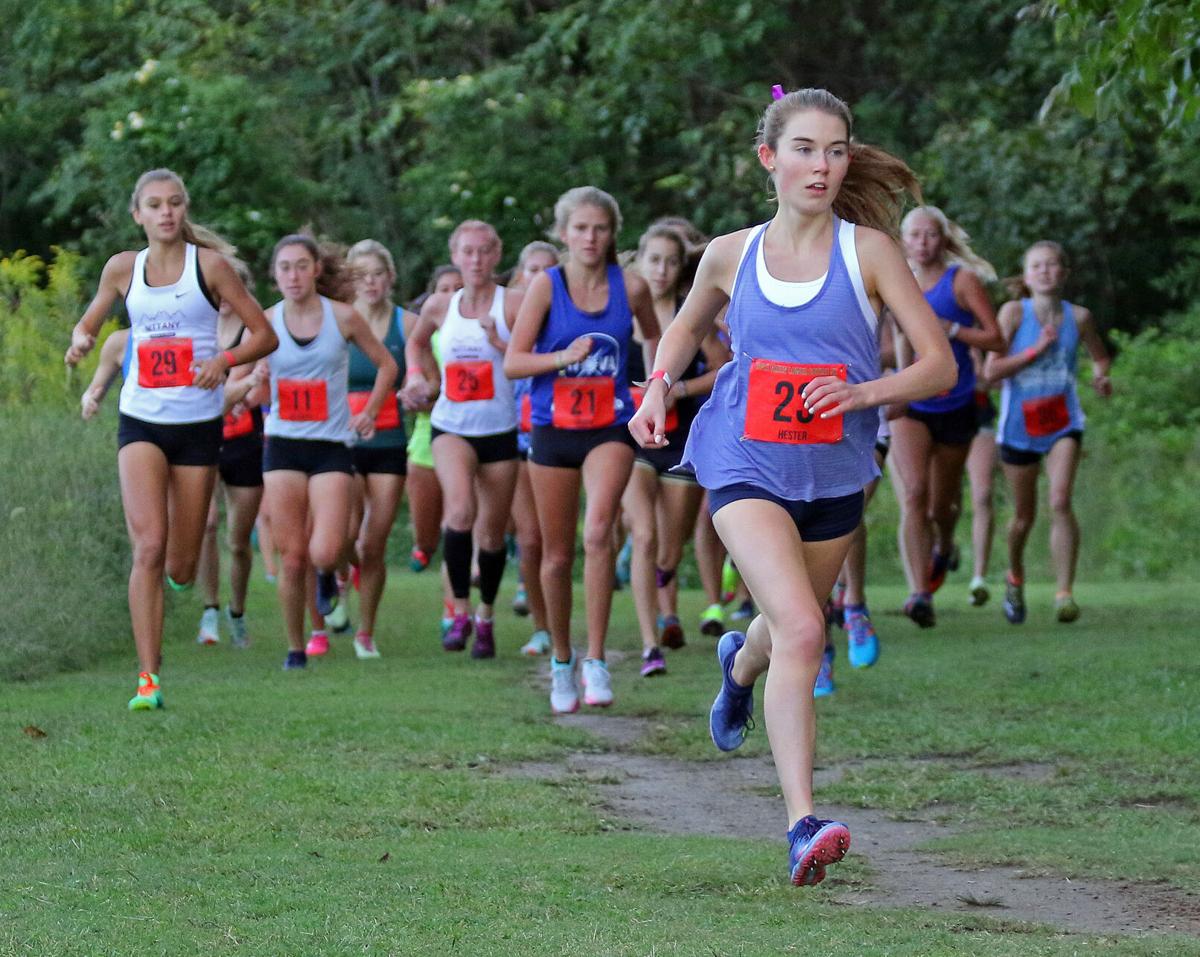 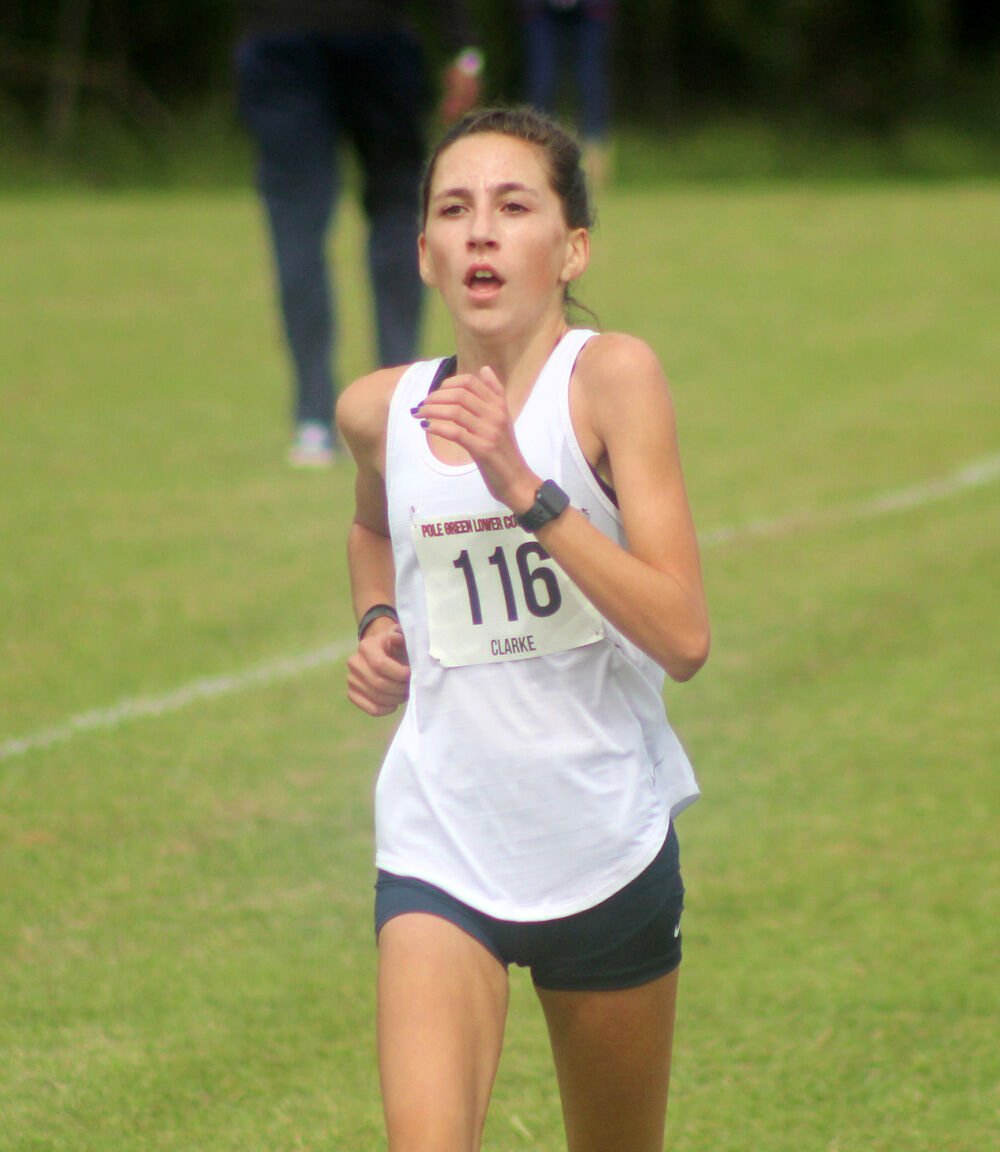 Mechanicsville Cross Country Club runner Hannah Clarke sprints to the finish to take fifth with a time of 20:36 in the girls "A" race at the Pole Green Lower Course 5K at Pole Green Park on Saturday, Sept. 19, 2020.

MECHANICSVILLE – Local high school runners have had a long time off, but that doesn’t mean they have spent the months in isolation as a result of the COVID-19 pandemic lounging around. Many have kept up their training regimen, and finally got a chance to see what they could do Saturday at Pole Green Park.

Drawing participants from as far away as State College, Pennsylvania, and Raleigh, North Carolina, the Pole Green Lower Course 5K allowed youths running for clubs – or just running for themselves – to get back on course and compete against other elite runners.

“It was really nice to compete again after so long,” said Crytser, whose last competitive race was at the VHSL Group 4 state indoor track and field championships last year. “I’ve been doing a few workouts a week and then a couple of runs – one long run – just basically normal training with a little bit less lower-intensity workouts.”

She said it was good to be competing.

“I really liked doing cross country, doing a race today, because it just helps keep your mind focused on racing,” she said. “You’re not just running miles for nothing.”

“This was an elite meet. We had five or six of the top 10 returners in Virginia running in that race,” said Rich Firth, coach of the Hanover Elite XC Club. “Alli ran great. She was with the leaders the whole way. “The young woman who won had just moved to Virginia. She’s from Maine. … It was a really, really good race, a really elite field.”

Crytser said she was a bit rusty. But Firth noted that her time Saturday was significantly faster than her time in her first race last year – a 18:59.00 in the Pole Green XC Classic, which was good for a third-place finish in that race.

Mason claimed a personal record of 16:02.00 in his fourth-place finish in the boys championship race. His improved performance was not unusual. Jeremy Dobrinski, one of the coaches of the West End Running Club for which Mason ran, said that a number of his runners were so excited to be competing again they likewise recorded personal bests.

Firth noted that as well – a bit of a surprise since the youths have not been practicing in an organized fashion since schools were closed in the spring because of the pandemic.

“We were shocked because we’re not training,” Firth said. “Our club team is really trying to get them to improve their overall fitness.”

Still, of the 10 Hanover Elite XC participants who ran in high school last year, every one ran faster Saturday than they did in their first high school race last year – on the same course at Pole Green Park.

In order to reduce the risk of COVID spread, each race was limited to 50 participants. In addition to the two championship races, there were A and B races for both boys and girls.

Mechanicsville Cross Country Club’s Josh Leonard finished second in the boys A race with a time of 17:04.60. One teammate, Andre Chavez, finished fourth in 17:09.10, and another, Travis Albon, finished seventh in 17:24.30.

In the Boys B race, Mechanicsville Cross Country Club’s Patrick Allen finished second in 17:35.00. Sibyl Harrell of the Hanover Elite XC Club finished sixth in the girls B race in 22:03.00.

Running an event such as this was challenging, but Dobrinski said the race organizers – primarily meet director Tim Crytser – had a good plan in place. In addition to having no more than 50 competitors in each race, everyone had to wear facemasks, unless they were athletes running, warming up or cooling down. The number of supporters for each participant was limited, and the athletes and their supporters had to leave the site as soon as their race was completed.

“Everything in the world is different from what we’re used to,” Firth said.

Mechanicsville Cross Country Club runner Hannah Clarke sprints to the finish to take fifth with a time of 20:36 in the girls "A" race at the Pole Green Lower Course 5K at Pole Green Park on Saturday, Sept. 19, 2020.