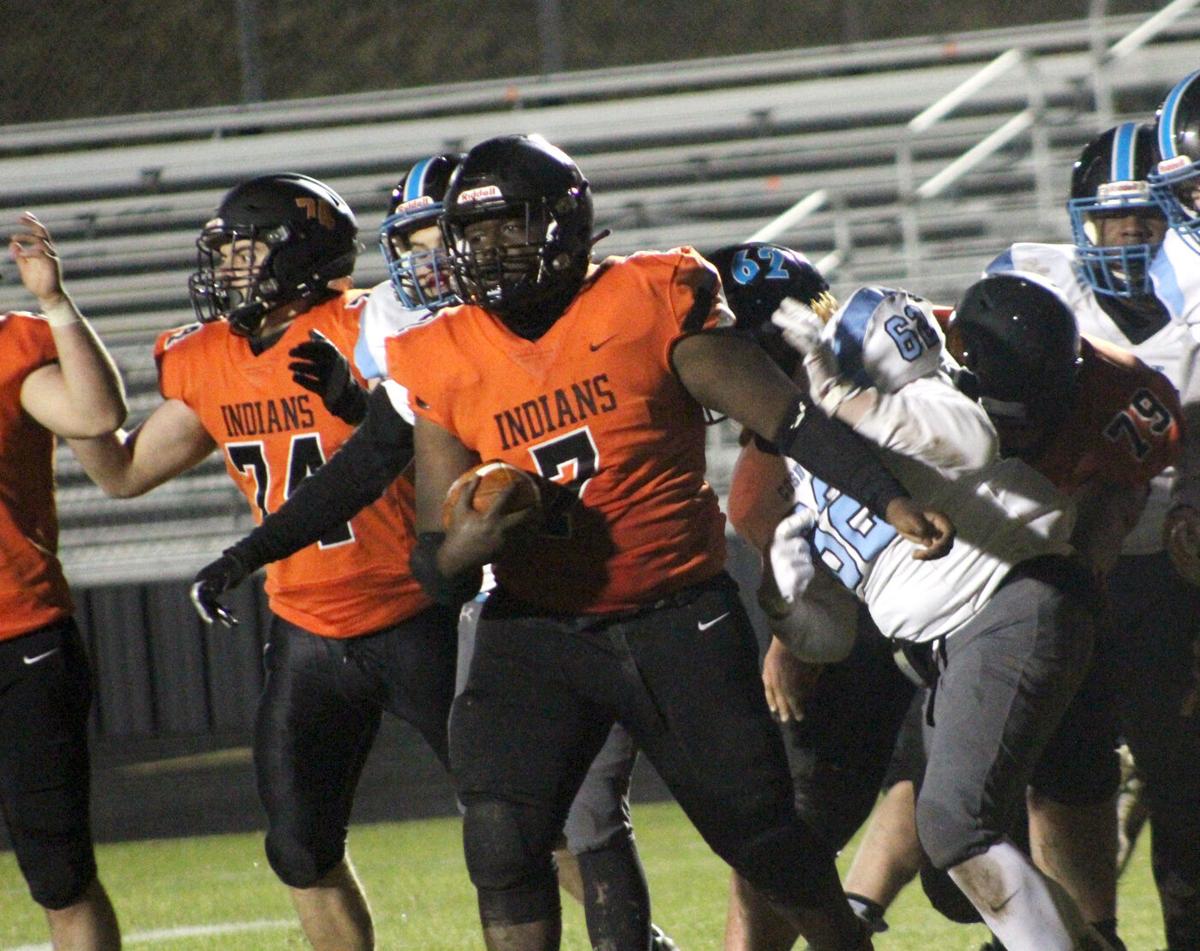 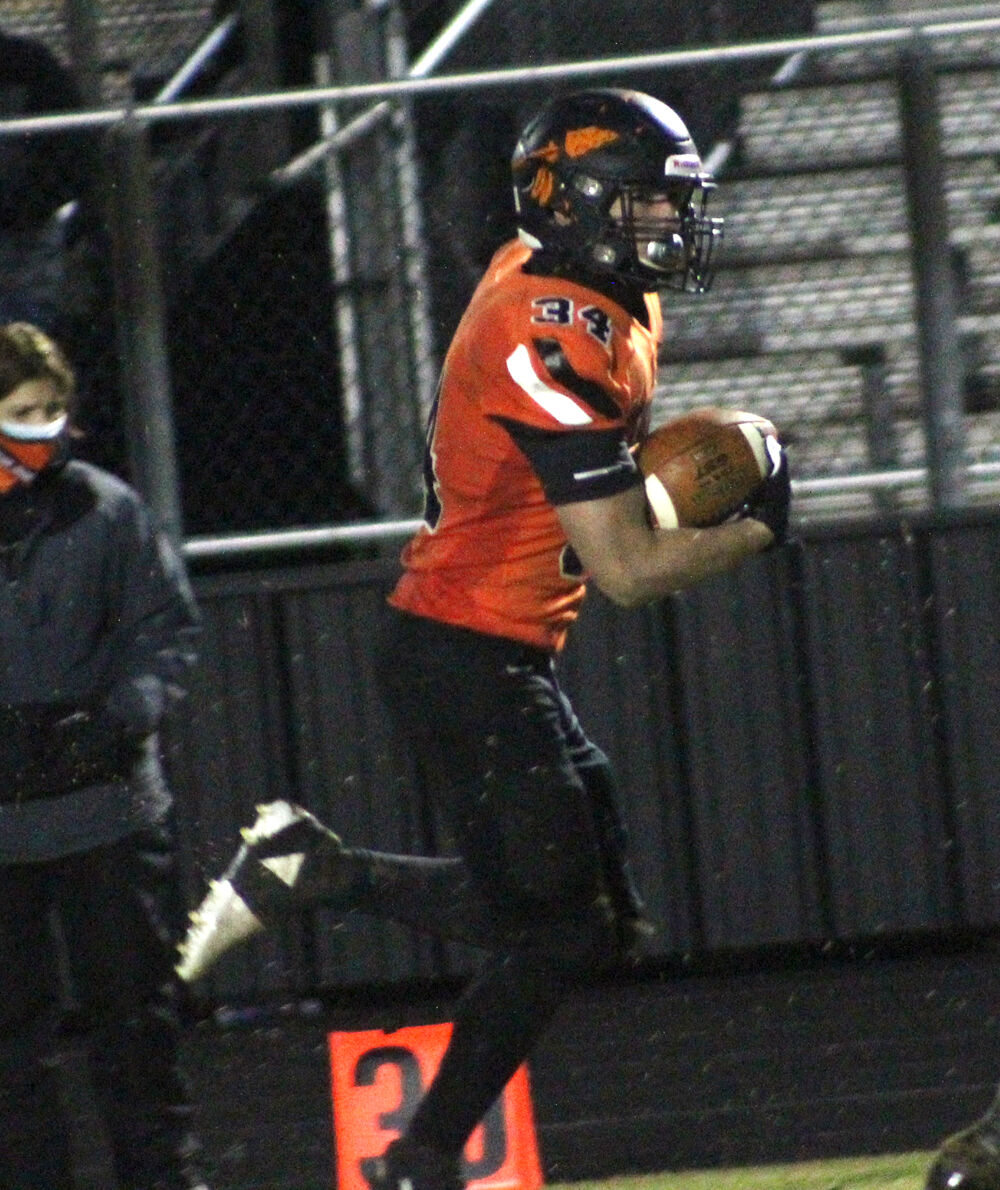 Powhatan's Mitchell Johnson breaks free for a big run in the first half of the Indians' March 19, 2021 Homecoming varsity football game versus Cosby. 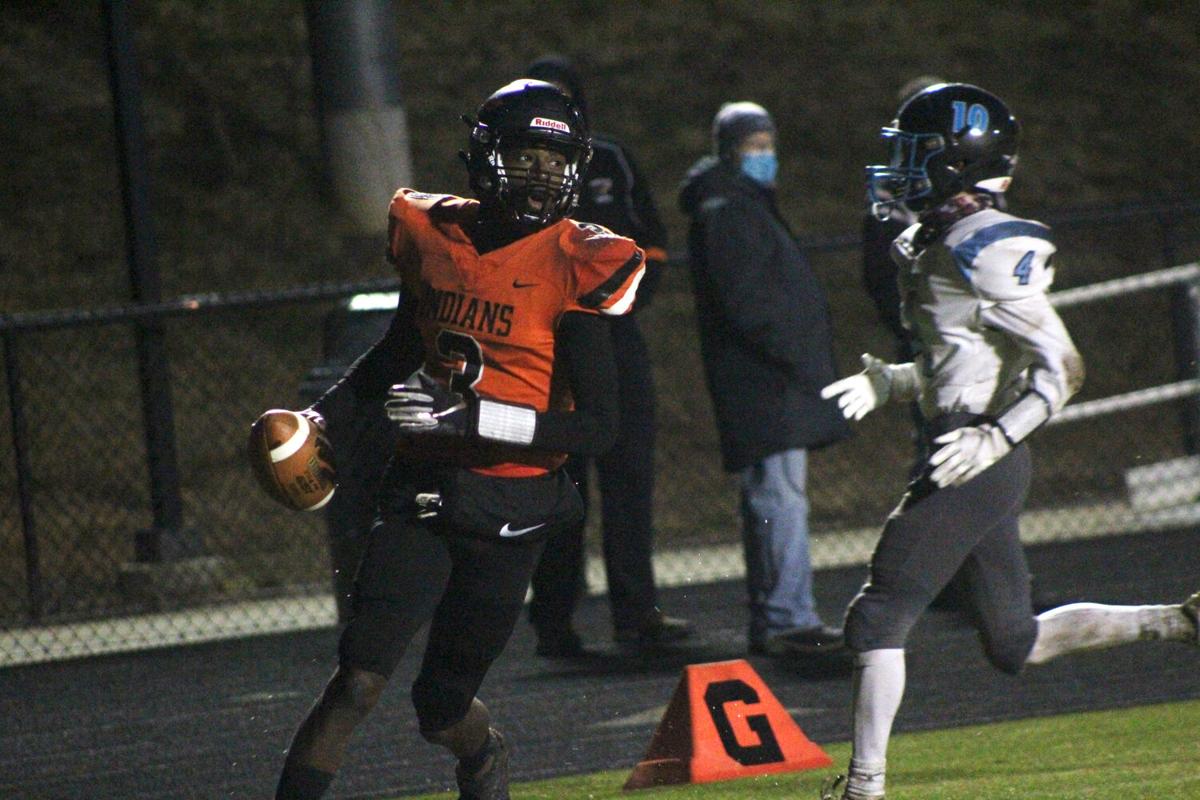 Powhatan senior Aaron Nash runs in a touchdown in the Indians' Homecoming varsity football game versus Cosby on March 19, 2021. 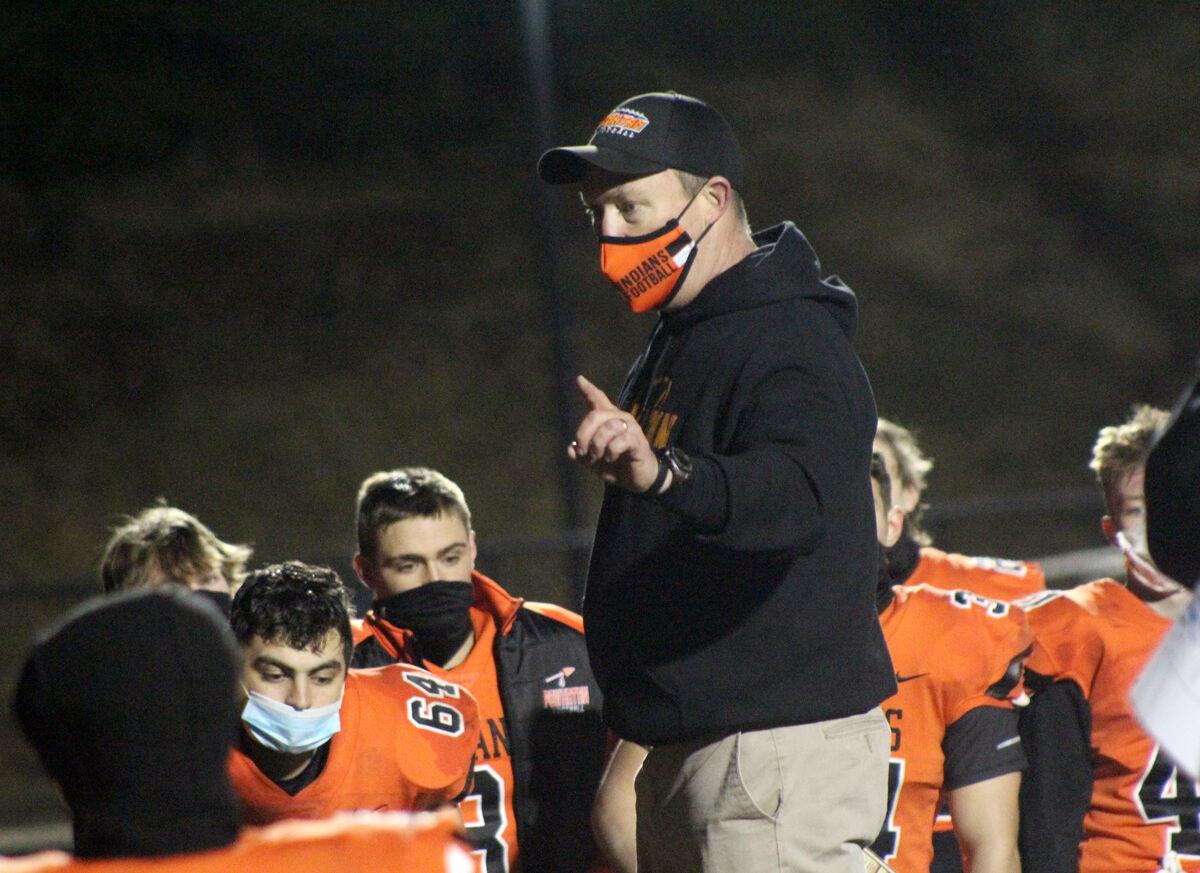 By Billy Fellin, For the Powhatan Today

POWHATAN -- Powhatan’s opening drive against Cosby on March 19 at James W. Woodson Stadium was emblematic of their entire game.

The Indians' ground game led the way with bruising runs that took up chunks of yards. The passing game was sprinkled in there to mix it up and found success as well.

Powhatan racked up 450 rushing yards against the Titans as they rolled to a 53-0 win and a 3-1 record on the season.

“We’ve been able to run the ball pretty well all year,” said Powhatan head football coach Mike Henderson. “We were really happy with how we performed in all facets of the game. We shut them out, which is super exciting. Scoring 53 points, running for 450 yards, we were clicking in all facets. We were able to throw the ball when we needed to. We felt good about all of it.”

That opening drive for the Indians set the tone for the game, with Hans Rehme and Mitchell Johnson ripping off big runs to quickly move Powhatan down the field. Rehme ran it in from 15 yards out for the opening score.

Johnson scored his first of two on the night on the Indians' next drive, when he plunged in from a yard out to make it 13-0 after an unsuccessful two-point conversion.

He led all Powhatan rushers with 125 yards.

“We knew we needed this one,” Johnson said. “Now that we have this momentum going, we’re feeling really confident.”

Early in the second quarter, Rehme found Tye Morris all alone in the Titans' secondary for a 29-yard touchdown pass.

The next time the Indians touchdown the ball, a double move from JaySun Carroll allowed him to run free behind the Cosby defense, and Rehme put it on his hands for a 14-yard strike.

Johnson scored his second of the night just before halftime on a 3-yard rush for a 33-0 lead as the rout was on.

The Titans defense didn’t adjust to the Indians' run game throughout the night, which was something Powhatan’s offense keyed in on.

“We just did what we do,” Johnson said. “We ran hard and played physical.”

Powhatan’s defense didn’t allow much movement at all from the Cosby offense as they stuffed runs and pressured the Titans quarterback all night long. They held the Titans' offense to 60 yards total: 38 rushing and 22 passing.

Fisher Hamersley, Zach Karanian and Landon Hutchison each had an interception for the Indians' defense.

Following Hutchison’s pick, Aaron Nash quickly worked his way into the end zone with a 51-yard run for a 40-0 lead and a running clock.

Powhatan’s Keyon Bethea scored two more touchdowns, each from the doorstep of the goal line, for the final 53-0 tally.

Henderson said he hopes that this win, following its thrilling overtime triumph over Clover Hill, has given the Indians momentum moving forward.

“You still have to take each week as it comes,” Henderson said. “But we’re playing pretty well right now. We’re excited to continue to get better.”

Johnson said his team “needed” this win, especially after last season’s heartbreaking 18-15 loss to the Titans, but said he knows there’s more work ahead.

“We feel really good about it,” he said. “We have to put it behind us now. We have to get ready for the next game.”

The Indians travel to Monacan on March 26 for a 7 p.m. kickoff.

Powhatan's Mitchell Johnson breaks free for a big run in the first half of the Indians' March 19, 2021 Homecoming varsity football game versus Cosby.

Powhatan senior Aaron Nash runs in a touchdown in the Indians' Homecoming varsity football game versus Cosby on March 19, 2021.