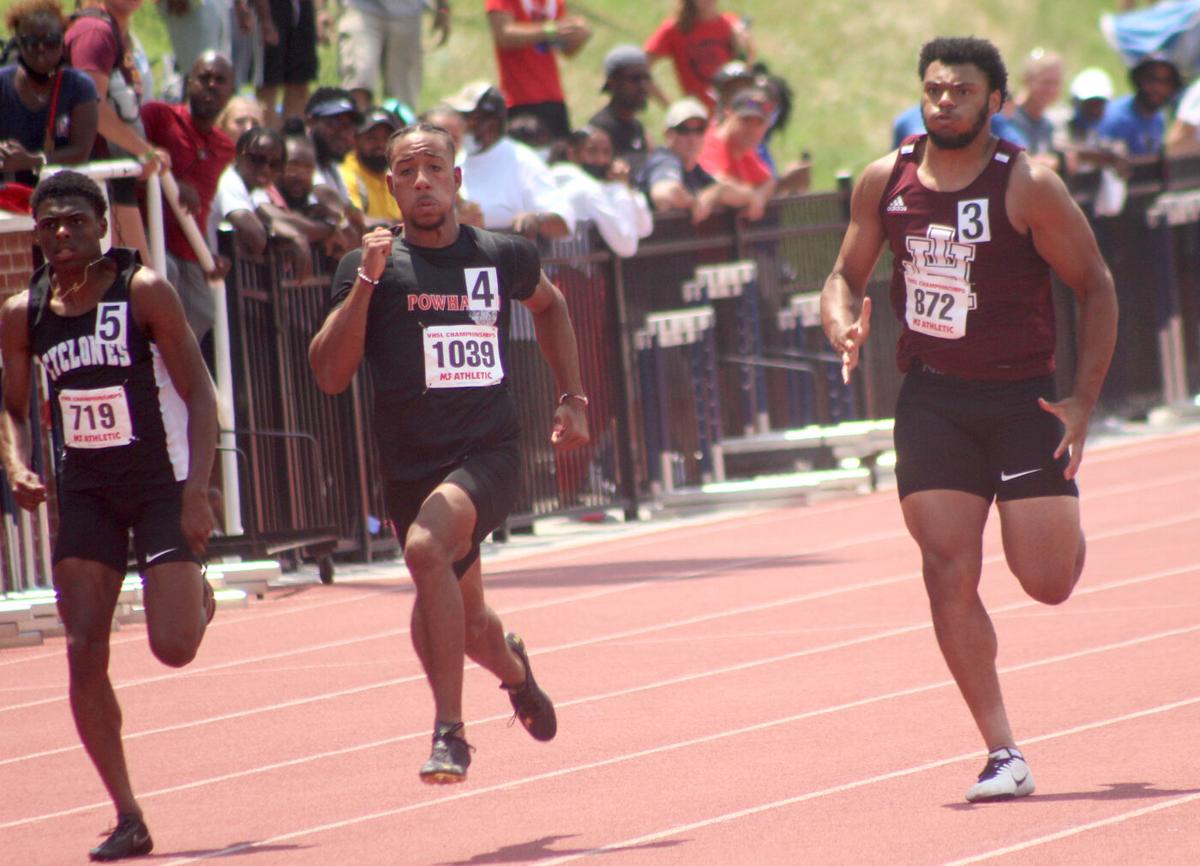 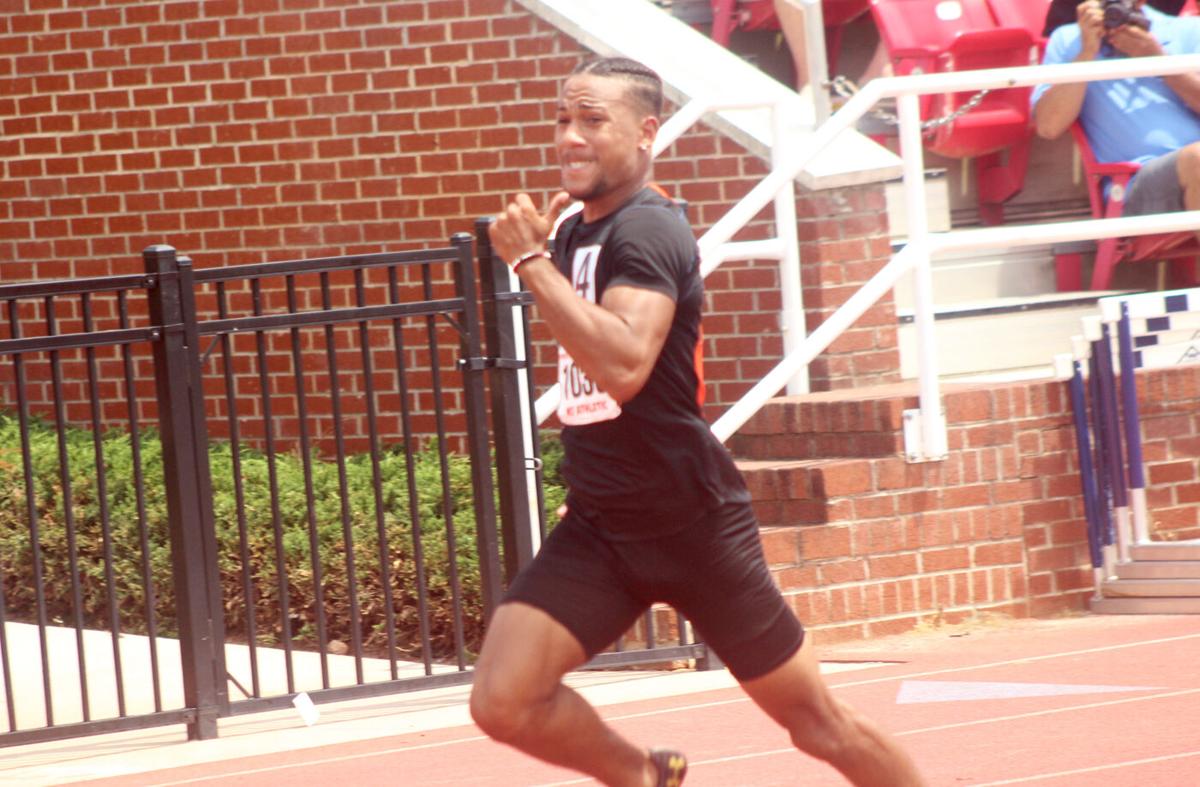 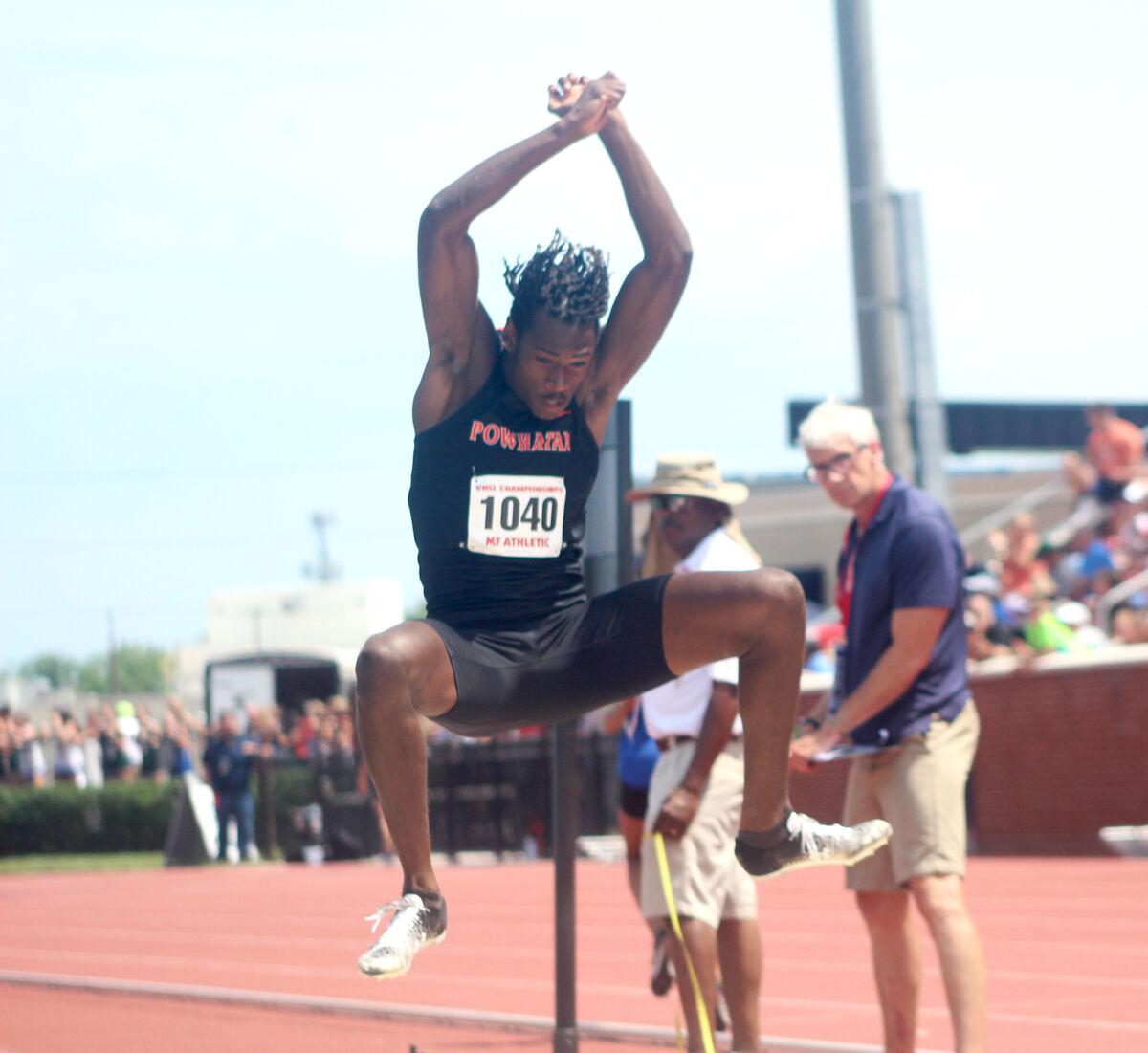 Anthony Greenhow shattered them all.

In his last-ever outdoor track and field meet as a varsity athlete, the Powhatan High School Class of 2021 graduate and University of South Carolina signee made sure that it was his best. He outpaced all of his competitors with incendiary times of 10.37 seconds in the boys 100-meter dash and 21.03 seconds in the boys 200 dash to take home the Virginia High School League Class 4 state championships and set the new Class 4 state meet records in both events at Liberty University on Saturday.

“It’s huge,” Greenhow said. “The whole season, and including last year, this is what we were looking at: at states, trying to hit the state record.”

With his incredible dash, Greenhow became the new state meet record holder across all Virginia High School League classes in the 100, eclipsing the 10.41 run by Blacksburg’s Cole Beck in 2017. Greenhow also delivered the third fastest high school time ever run in the 100 in the State of Virginia.

His fiery sprint outclassed his Powhatan High School record previously set with his region-winning efforts (10.63) last week, his personal record that he set in an electronically timed run at Powhatan High School last July (10.49) and the previous Class 4 state meet record of 10.44 that was set by Beck in 2018 when Blacksburg moved to Class 4.

“The last couple meets…my 100 hasn’t been where I wanted it to be,” Greenhow said, “I was a little iffy about it today, but I just shoved that out of my head. I just told myself to execute and hold my form and just execute the race, same thing with the 200. I wasn’t too worried about the 200 – my 200 was pretty consistent – but the 100 was the big one that I was worried about, and I had a huge PR in both races.”

In his state-winning sprint in the 100, he felt he definitely improved on coming out of his drive phase, as well as on relaxing. He also spoke to moving his arms faster.

He reeled off yet another explosive set of corners as he had done in his previous two 200-meter races during both Powhatan High School’s Senior Night home meet and the Class 4, Region B championships. Once he hit the front stretch, Greenhow had set sail, putting a noticeable gap in between himself and his competitors as he crossed the finish line.

Greenhow's dash in the 200 is also the eighth fastest high school time ever run in the State of Virginia.

Greenhow outpaced all other Virginia High School League state champions this year in both the 100 and the 200. His nearest competitors were Class 2 state 100 champion Demond Claiborne of King William (10.67) and Class 5 state 200 champion Jayson Ward of L.C. Bird (21.52).

After having entered his senior year still in search of his first state title, Greenhow has concluded his varsity career having won four. Greenhow earlier this year won the Class 4 indoor state titles both in the 55 and the 300. He also won the men’s 17-18 year old 200-meter dash at the AAU National Indoor Championships in March.

“It’s a great way to finish it off,” Greenhow said. “State champ in indoor, national champion in indoor, had to just finish it off on my 100 last high school meet in my career, and train through the summer, get ready for college.”

Greenhow wasn’t alone in representing Powhatan on Saturday. His teammate and fellow Class of 2021 graduate Aaron Nash followed up his Class 4, Region B championship in the long jump by delivering a state runner-up jump of 22 feet, 4 1/4 inches in the Class 4 meet. Nash led the event with his jump until Courtland’s Sean Wray secured the long jump state championship with a leap of 23 feet, 1 1/2 inch.

Greenhow and Nash alone helped Powhatan place eighth out of the 34 teams that earned points in the boys meet of the Class 4 state championships.