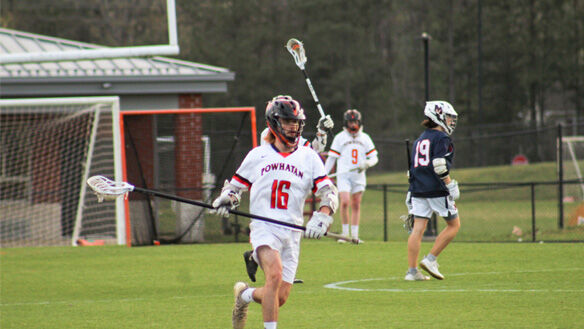 Connor Barrett was named honorable mention as a defender in his senior season with the lacrosse program. 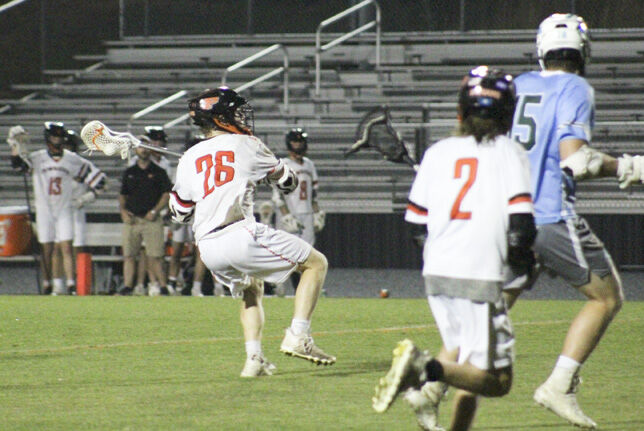 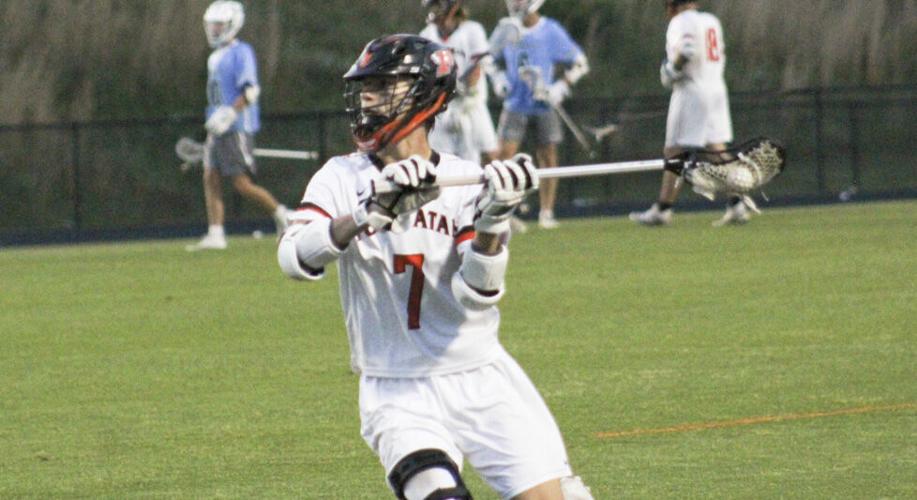 Rising senior attacker Connor Walters was named an honorable mention honoree after being a key scoring threat for the Indians.

It’s been a strong year for Powhatan athletes being recognized for their hard work in their respective games, and that trend has continued with the All-Metro Team announced for boys lacrosse on Friday, July 29.

The Indians were featured three times on the list, headlined by star graduate and offensive dynamo Hayden Somerville, who made the second team. Somerville’s teammates Connor Walters and Connor Barrett were also featured on the honorable mention list for their standout performances this season that helped push Powhatan to a 6-5 record in the Dominion District.

This marks the first time that the Richmond Times-Dispatch All-Metro Team has featured a Powhatan athlete for boys lacrosse, a further testament to the sport’s emergence in the community and at the high school level.

Somerville left his mark on the attacking end with multiple high-profile performances as the team’s most consistent goal-scorer.

With a powerful shot that could threaten the goalie from all over the attacking zone and the strength to shrug off contact with the ball still in his possession, Somerville ended his final season as an Indian with 45 goals while also playing the role of distributor with 13 assists.

Walters, a rising senior, also made his money as a lethal scoring threat similar to his teammate, though he was also tasked with being a set-up man as well as a sniper for the Indians offense.

Walters was credited with 42 goals on the season, but also made his mark with 34 assists, weaving through traffic around and behind the net to deliver precise, on the money passes to his teammates for clean looks in front of the net. With the team losing Somerville’s scoring touch, Walters and guys like Jack Connelly and Henter Blevins will be tasked with stepping up even more than they already have as offensive contributors at the top of the Powhatan attack.

Barrett was a force for the Indians on the other side of the field, holding down the fort alongside senior goalie Connor Jeffs to hold off incoming opposing attackers.

A respected leader on the field, the senior defenseman helped lead the troops by getting 58 ground balls and 23 takeaways by playing physical, yet intelligent defense.

“I’m happy to lead and pave the way for the younger generation and sort of show them what it is to be a part of Powhatan lacrosse,” Barrett said after the team defeated the Monacan Chiefs on his senior night.

Replacing Barrett’s steady presence on that side of the field will be an interesting storyline for the Indians next spring.

With a year under their belt in the Dominion District and three Indians earning praise for their performances that put them among the top players in the state, the Indians will look to continue building up their program and finding more student-athletes earning their place in the discussion of the sport’s best lacrosse players in Virginia.

By the time September rolls around, most senior high school student-athletes have their commitments set in stone with the college of their cho…

Coming off their first loss of the season in a tough matchup against the Manchester Lancers, the Indians football team aimed to get back in th…

In the Powhatan volleyball team’s first seven games of the season, it has demonstrated a tendency for the dramatic.

The second half began with fireworks, as a solid Greenbrier kickoff return and another outstanding effort from Greenbrier’s speedy signal-call…

After the Powhatan girls basketball team saw head coach Kristy Henderson step down from her position after an excellent 2021-22 season, the pr…

Leaving the field after a stunning ending to a nail-biting playoff loss to the eventual state champion Varina Blue Devils last year, quarterba…

POWHATAN – Every one of Brittany Ketcham’s fur babies has its own story.

Connor Barrett was named honorable mention as a defender in his senior season with the lacrosse program.

Rising senior attacker Connor Walters was named an honorable mention honoree after being a key scoring threat for the Indians.