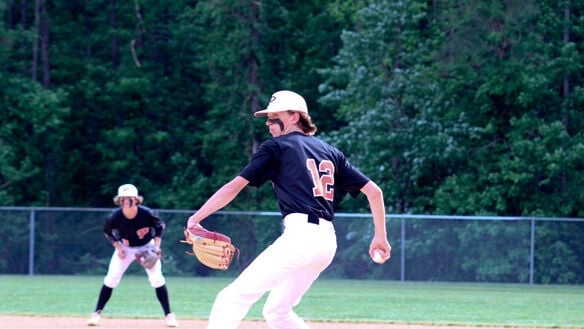 Pitcher Camden Rybak throws for a stike against Park View Middle School on May 4. 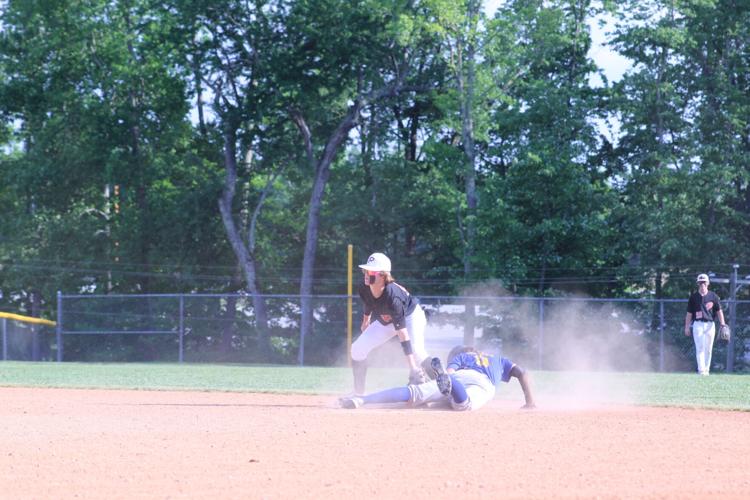 Shortstop Tyler Bilthuis catches a throw down from catcher Elliott Murphy for an out. 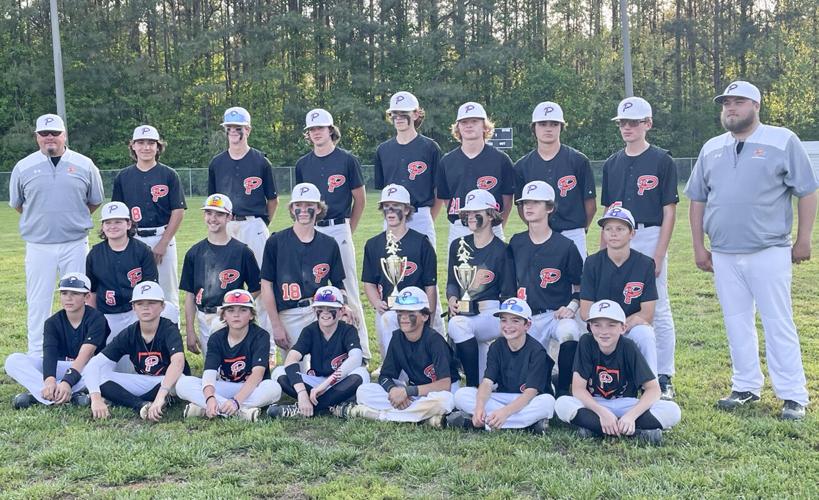 For the second season in a row, the Powhatan Middle School baseball team remains perfect in the win column.

This time, however, they were able to crown themselves the Southside Middle School Champions.

After playing a shortened 2021 season that featured only regular season games, the Indians were able to finally show off what they could do in a playoff setting this year, and they didn’t disappoint.

The Indians first won the Southside Middle School Western Division against Nottoway Middle School on May 2, then carried that winning momentum over into the SSMS championship against Park View two days later, where they won 4-0 and completed their first full undefeated season in school history.

On the offensive end, Campbell led the way with a perfect performance at-bat, going 4-for-4 and leading the charge as the Powhatan offense proved too much to handle despite an admirable showing from Park View.

The Indians are led by head coach Ott Mullins and assistant coach Andrew Stephens, with the team being captained by Butler and Bilthuis.

Last season, the Indians finished with an 8-0 record, including six wins via the 10-run mercy rule while outscoring their opponents 116-20. Powhatan scored 14.5 runs per game and allowed 2.5 runs per game.

Combined with their record from last year, the Indians now hold an incredible 24-0 record in their last two seasons of baseball.

There are few teams in the Dominion District that can force the Powhatan Indians softball team into a defensive duel.

Powhatan’s 2022 senior class of boys soccer players have had a tendency of making things look easy on the field, but their journey to get to t…

With the season winding down and the district standings starting to take shape, the Powhatan boys lacrosse team had a must-win matchup against…

Powhatan freshman Jamison Wallace – a freshman on the team – has quickly developed into one of the team’s top contributors, following in the f…

There is no team playing better lacrosse in the Dominion District than Powhatan.

POWHATAN – After serving more than 10 years as the District 1 representative for the Powhatan County School Board, Rick Cole has announced pla…

Throughout this entire season, the resilience and bond of the Powhatan boys lacrosse team has been a prevailing theme.

Honoring their senior class on a night where they hosted the L.C. Bird Skyhawks, the Powhatan girls tennis team only managed to play in seven …

Pitcher Camden Rybak throws for a stike against Park View Middle School on May 4.

Shortstop Tyler Bilthuis catches a throw down from catcher Elliott Murphy for an out.