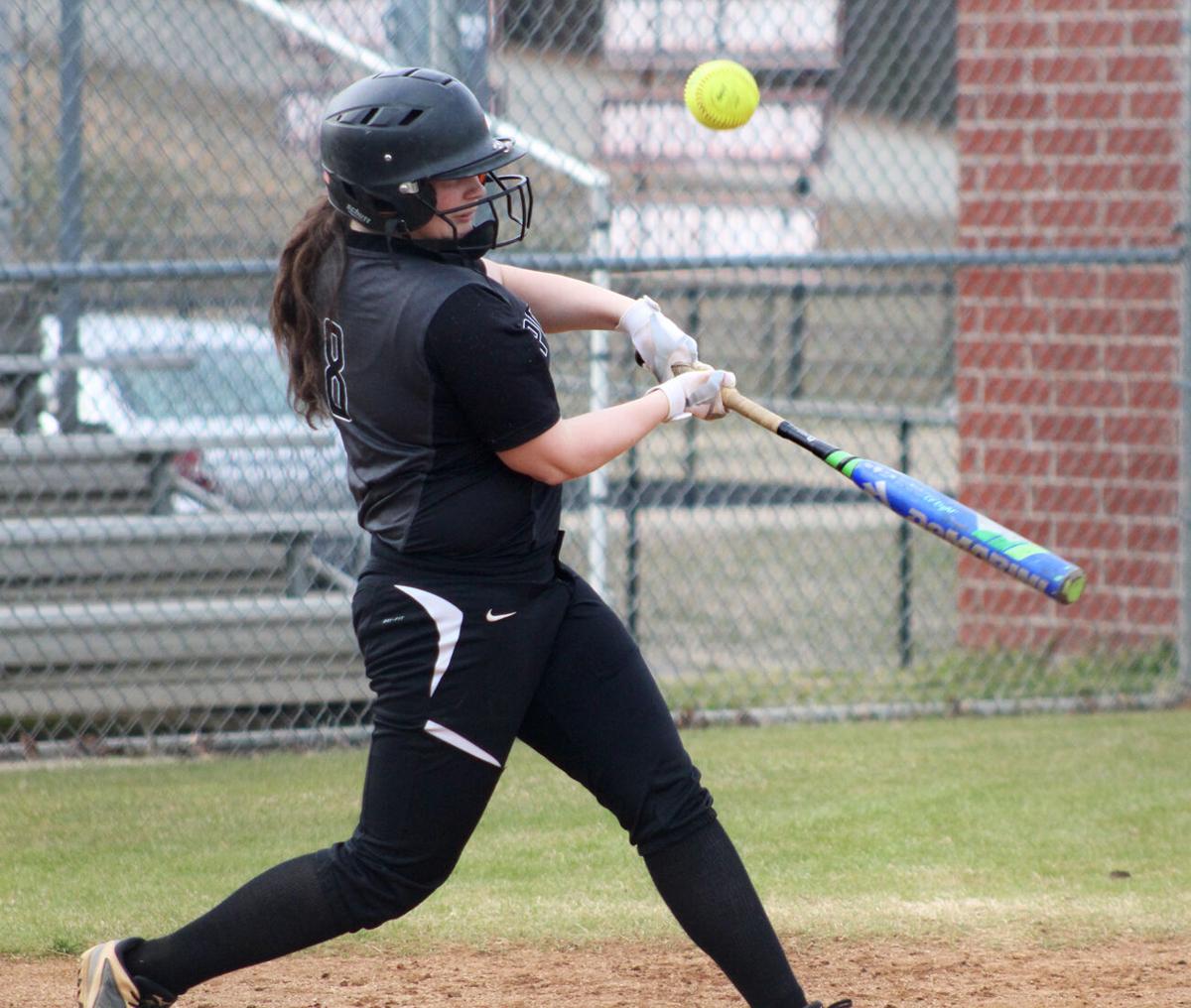 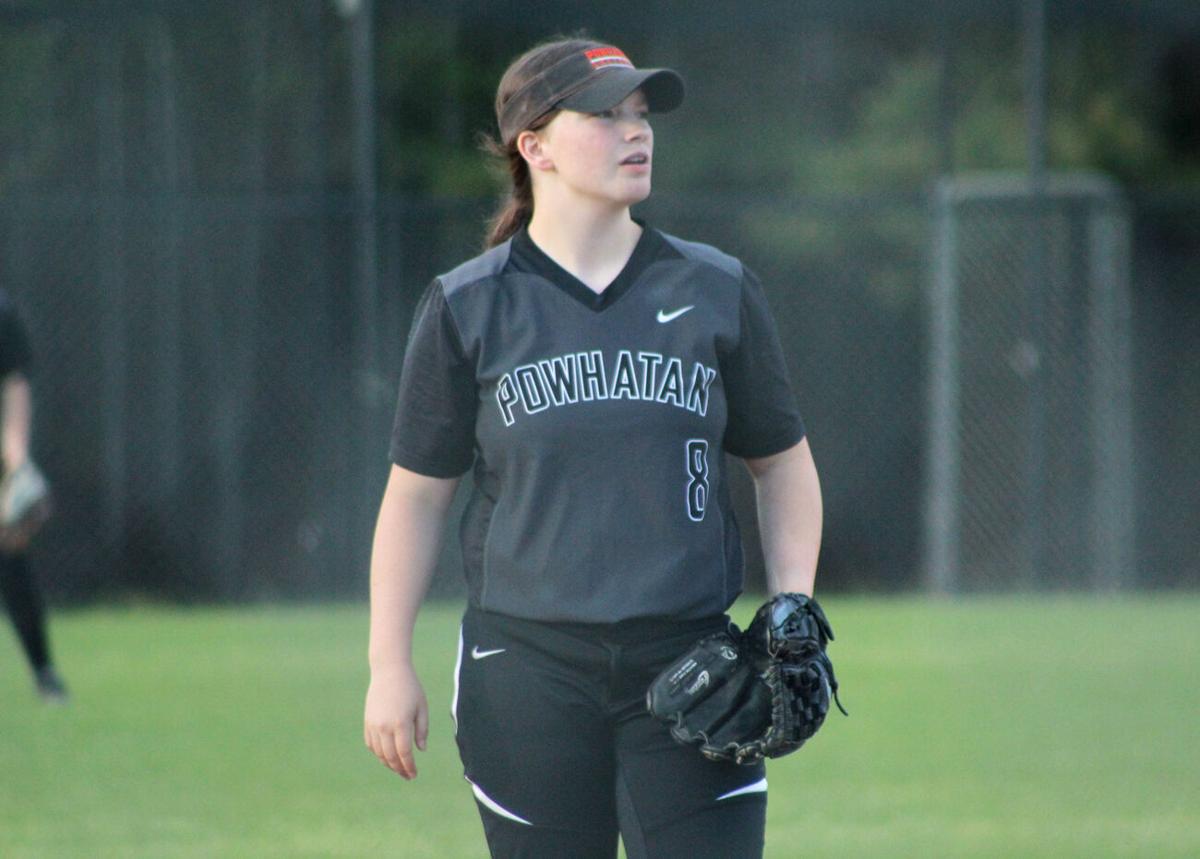 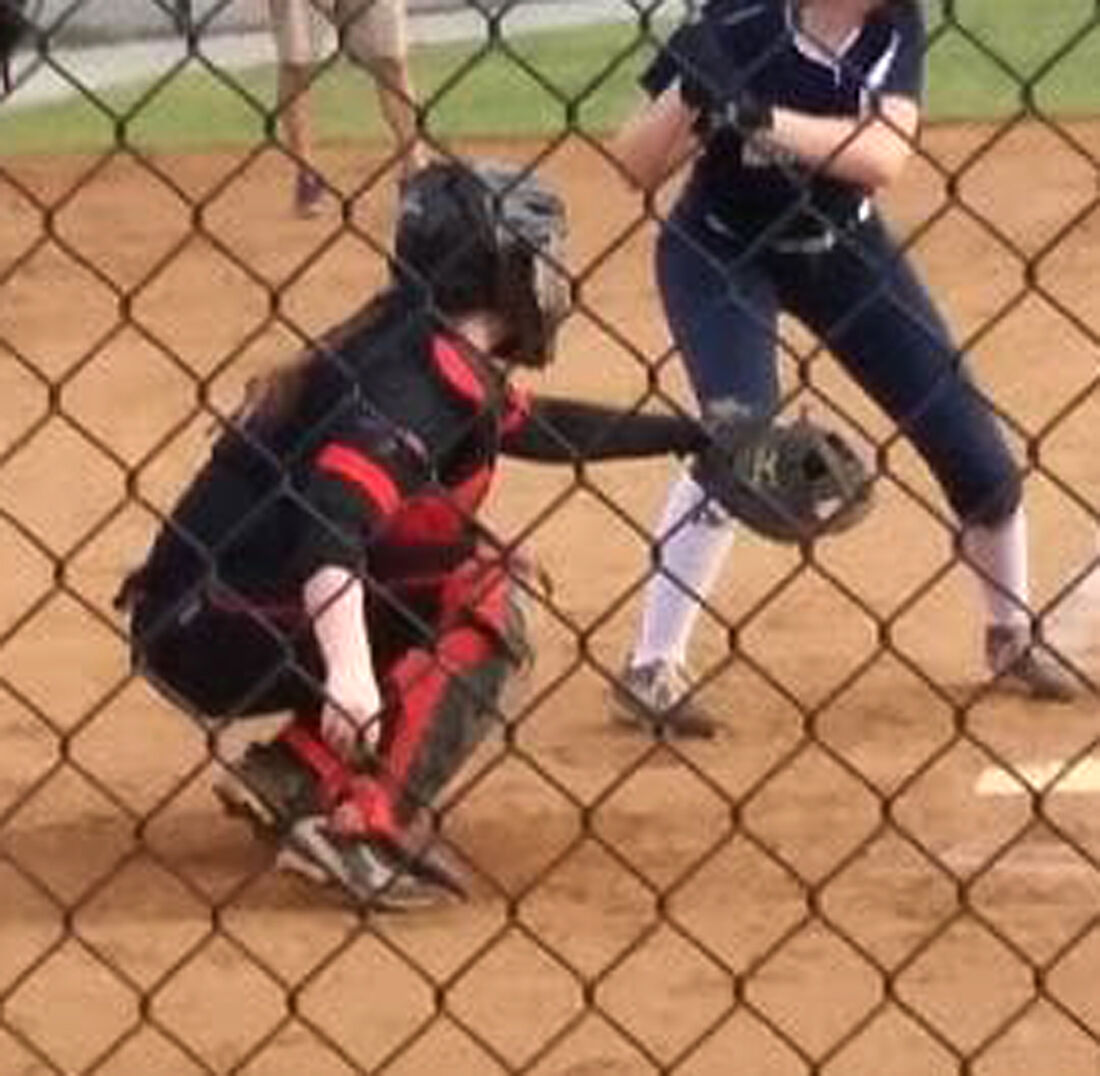 For Kayla Davis, it all started many years ago in her backyard when she was playing wiffle ball with her dad.

She hit the ball hard to him twice, and she recalled him saying: Let’s sign you up for softball.

She’s been playing ever since.

And the achievements have come.

Davis was a Virginia Dixie softball state champion and a Dixie World Series participant. She and her Powhatan Middle School teammates won back-to-back Southside Conference championships in 2016 and 2017. She’s been part of numerous travel ball tournament championships – including three national championships – and as a sophomore, she made First Team All-Region for third base after contributing to Powhatan varsity softball’s 15-6 season and regional semifinal appearance in 2019.

She’ll have the chance to achieve even more success. Following her senior season in 2021, Davis is set to continue her academic and softball careers with Randolph-Macon College.

Davis, who plays third base and catches for Powhatan, had a stellar 2019 season across the board. She batted .406 for the season, led the team in RBI’s with 26 and was part of a powerful 3-4-5 chain in the batting order along with teammate Sarah English and UCONN’s Rileigh De Weese. Defensively, she had a perfect fielding percentage with 0 errors in 42 attempts.

“Kayla is a very talented player, offensively and defensively, and is blessed with a very strong and accurate arm,” said Powhatan head softball coach Marie Crump. “She has worked hard to develop her talents and we are excited about her contributions in her senior season.”

Davis said her arm has helped her become a great catcher, as she’s able to throw just about anybody out.

“My hitting is something that I am always trying to improve upon with my hitting coach Mike Ford,” Davis said. “I am also always willing to help my team any way that I can and set an example for others.”

With softball, she’s always loved that, if you’re having a bad game or a bad day, there’s always someone behind you to pick you up.

She added: “I also love the feeling of going down 0-2 in the count – and knowing that the pitcher is going to do whatever she can to strike me out, and then not being able to.”

She feels that her hitting and fielding skills will help her team at Randolph-Macon going forward.

“I have worked hard my whole career to get to where I am today,” Davis said. She also noted that she played at a high level of travel ball with the Richmond Storm for the past four years, and that’s helped her become a better player.

She visited Randolph-Macon’s campus in November, and after that visit, she knew she could see herself there, both academically and athletically.

“The players and coaches are amazing. The players answered all the questions I had about softball and about college in general,” Davis said. “The coaches have also helped me tremendously throughout the process. The school is beautiful and small, which I like.”

She’s looking forward to still being able to play softball while pursuing the degree that she wants: a Bachelor of Science in Nursing degree (she wants to become a Certified Registered Nurse Anesthetist after college).

“Being able to pursue a nursing degree while playing softball makes R-MC the perfect choice for me,” Davis said. “At most schools you can’t do this because clinicals get in the way, but at R-MC, they work with you to make this possible.”

She’ll join a Randolph-Macon softball program that in 2019 went 30-17 and secured its first berth in the NCAA Championship series after beating Christopher Newport in the super regional. She’ll get to do so alongside Ellie Barton, who is currently one of Davis’ teammates on Powhatan’s varsity team.

“It is good to have familiarity with someone going [into] freshman year – I won’t have to go through the awkwardness of asking to throw with someone on the first day – [and] also to have the support of a teammate that I have played with for four years,” Davis said.

She added of Barton: “She has also worked hard in the past four years to get to where she is today.”

To Davis, Powhatan softball helped her grow as a player.

“Coach Crump, Coach [Linda] Farmer and Coach [Sami] Byerly always have pushed me to become better,” Davis said. “My spot wasn’t given to me. I had to earn it.

“Powhatan softball helped me grow as a person by teaching me leadership, communication skills and teamwork.”

'It's for the kids:' Remembering legendary Powhatan coach and athlete Ernie Henderson

POWHATAN – Ernie Henderson was a man of few words. But when he talked, people listened, and the longtime Powhatan High School assistant footba…

Having grown up playing tennis in the Richmond-area, Kayli Shenk has known Helena Huff and Nora Willett since they were all little, and even t…

For local hunters, annual hunting trip from Powhatan to Colorado an adventure to remember

Editor’s note: The second half of this story was erroneously omitted from the Nov. 11, 2020, print edition of the Powhatan Today, The full sto…

POWHATAN – For her first few months as executive director of Habitat for Humanity-Powhatan, Susan Winiecki was a sponge soaking up all the inf…

There is still more fall football to come.

It's official: Powhatan's Anthony Greenhow signs to South Carolina for track and field

POWHATAN – Anthony Greenhow was a little nervous going up to sign his National Letter of Intent today, as he had never done anything like that…

POWHATAN – A driver is traveling down Anderson Highway going west on a beautiful fall day in Powhatan County.