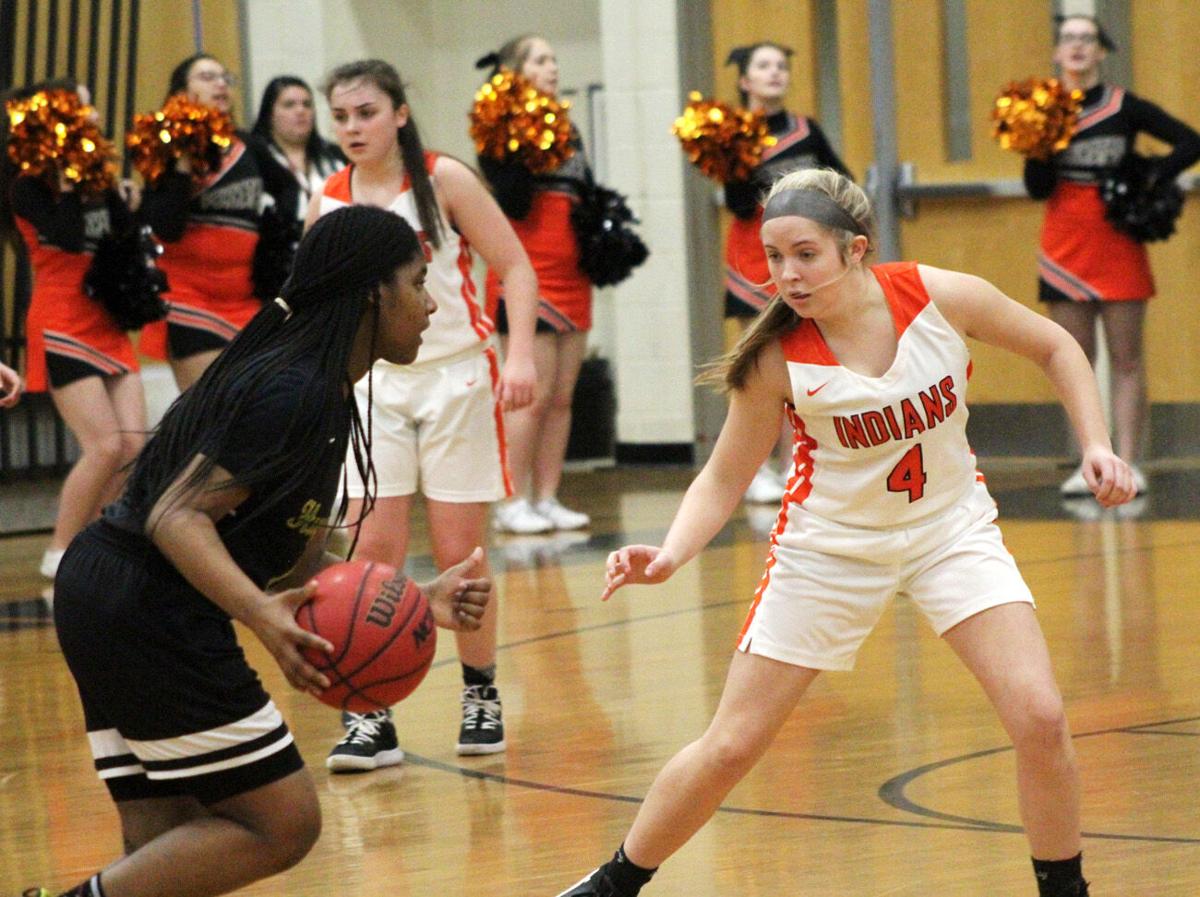 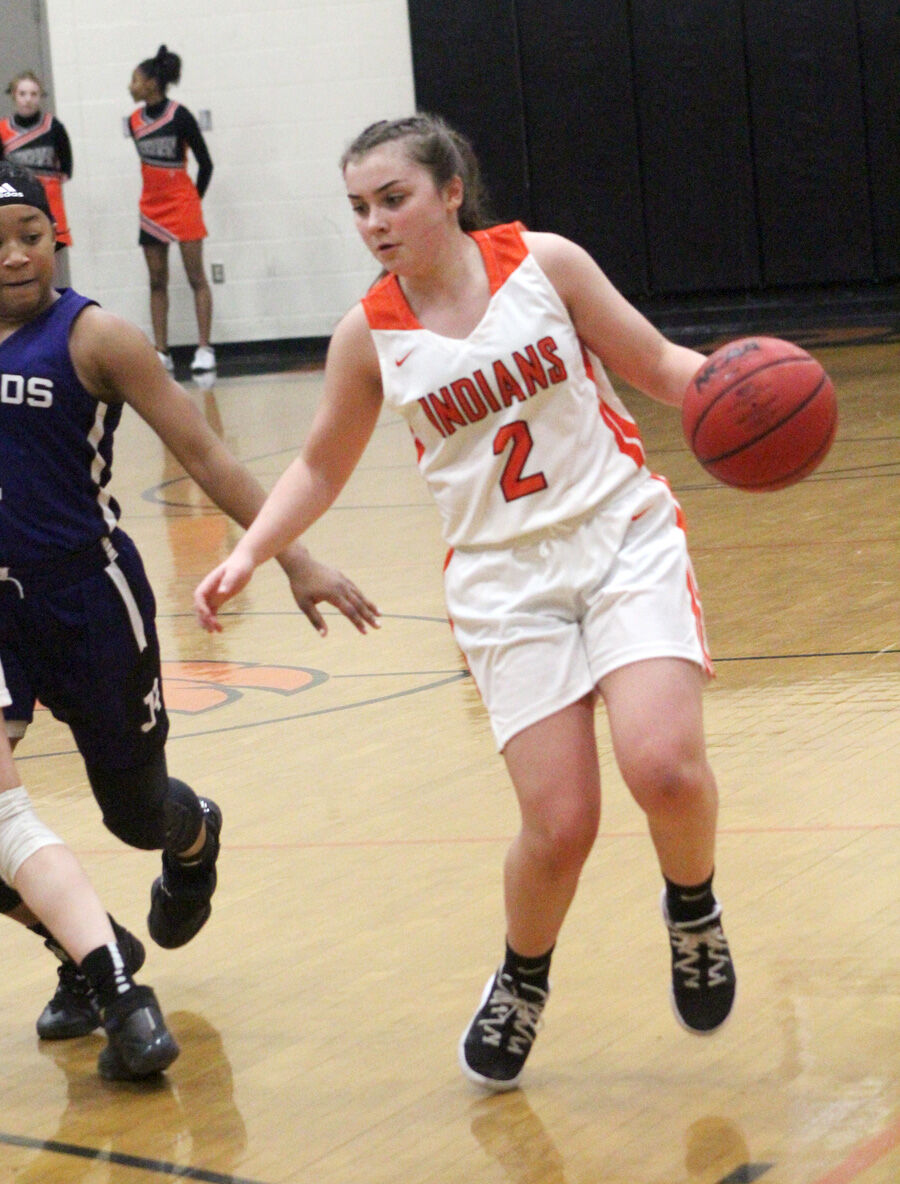 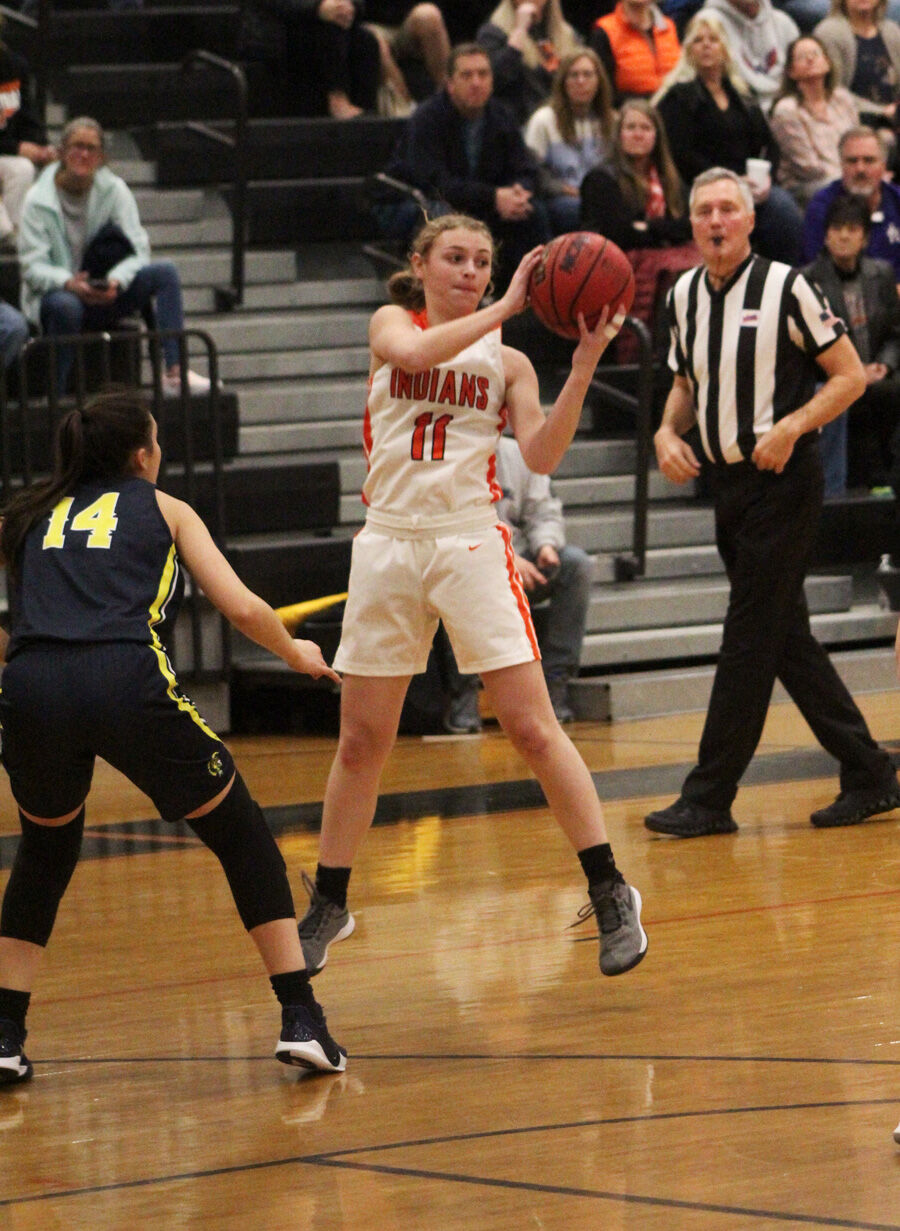 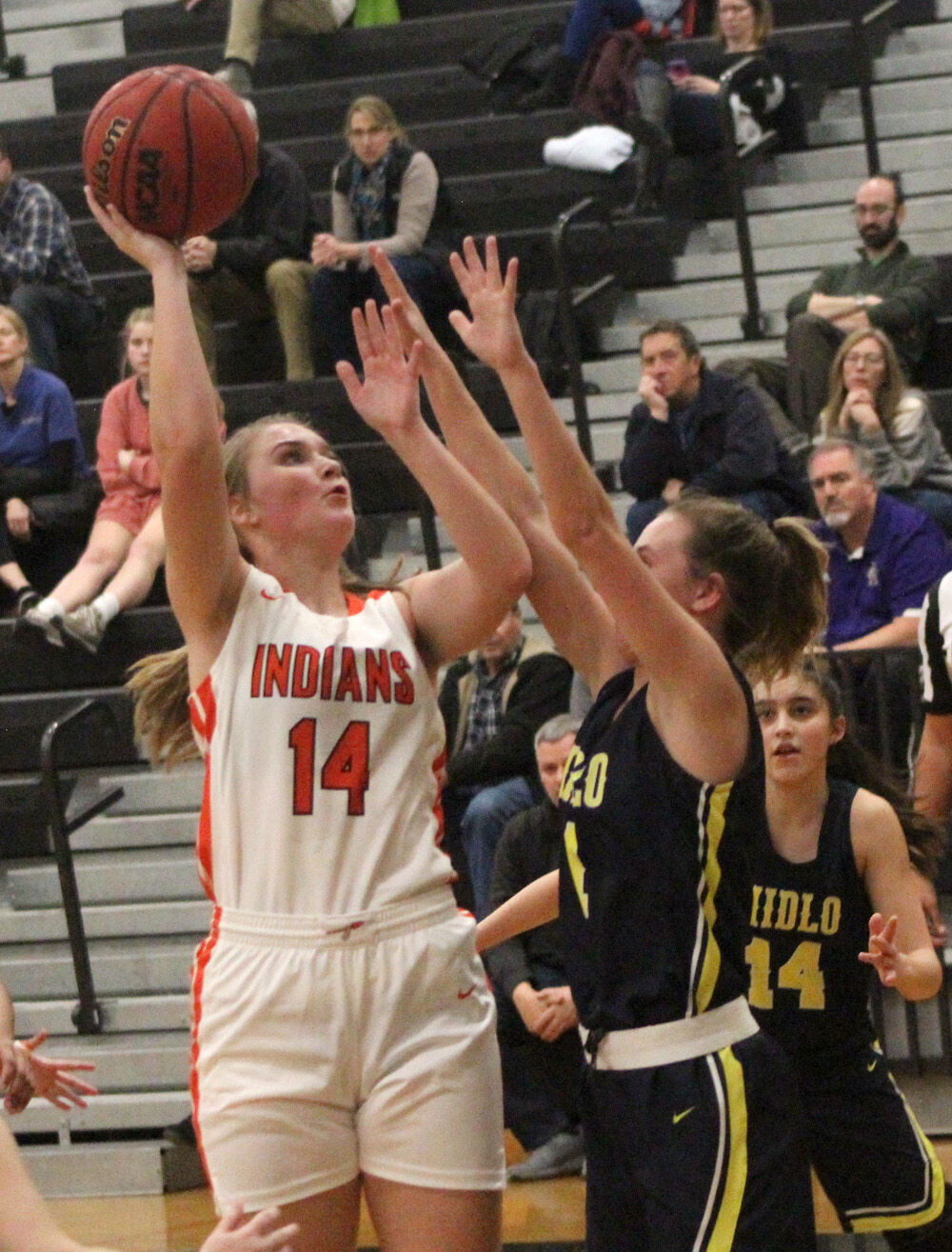 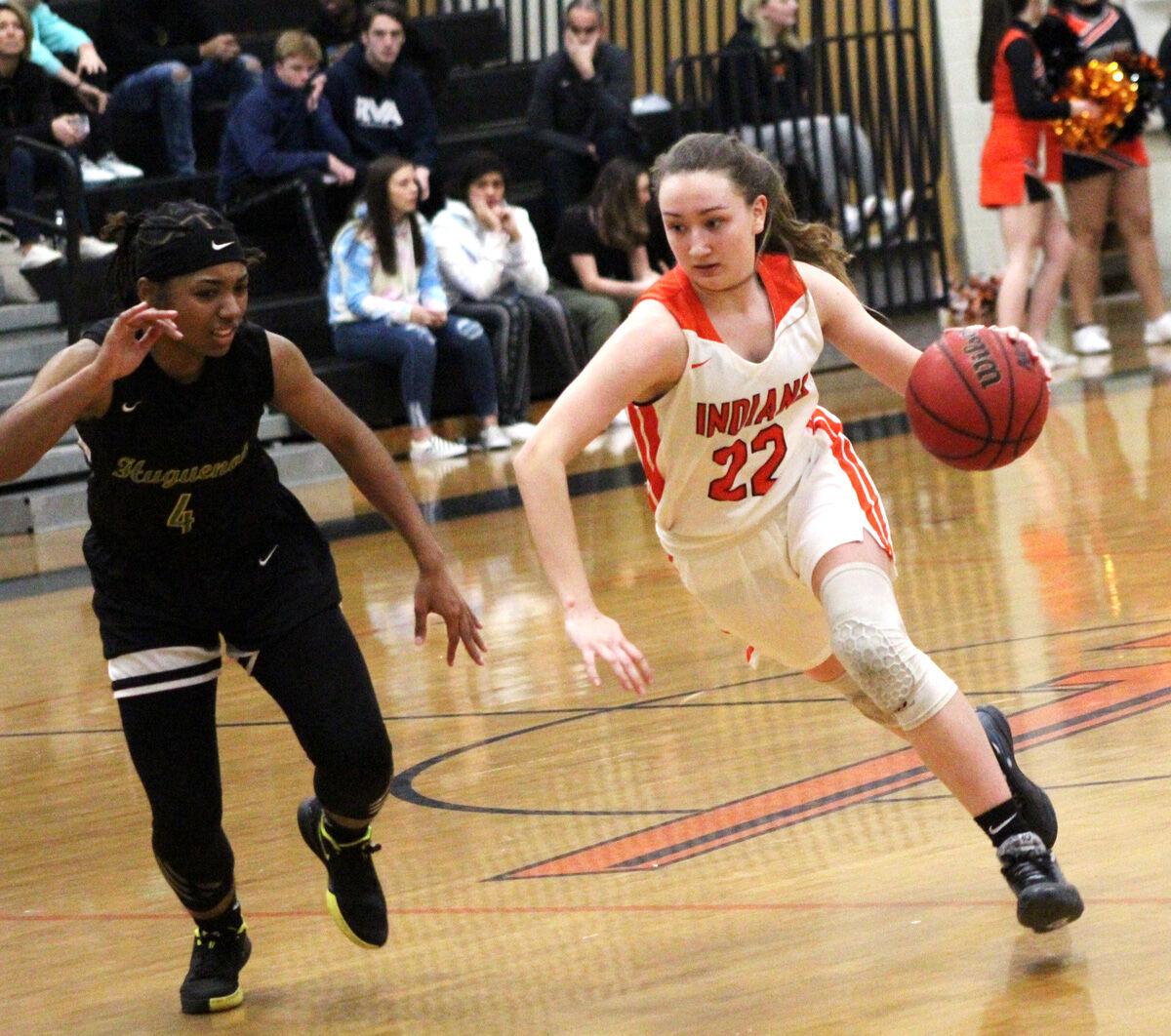 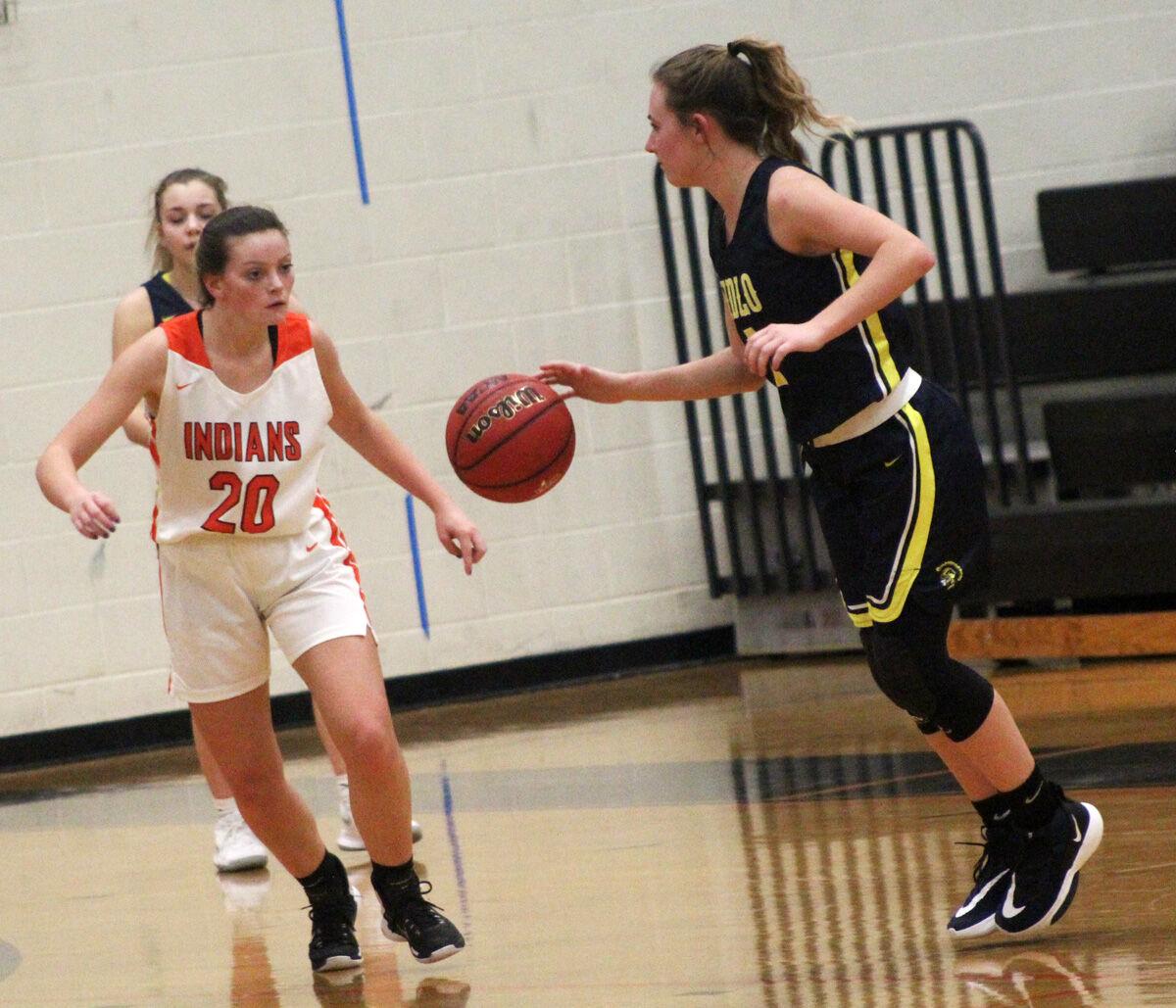 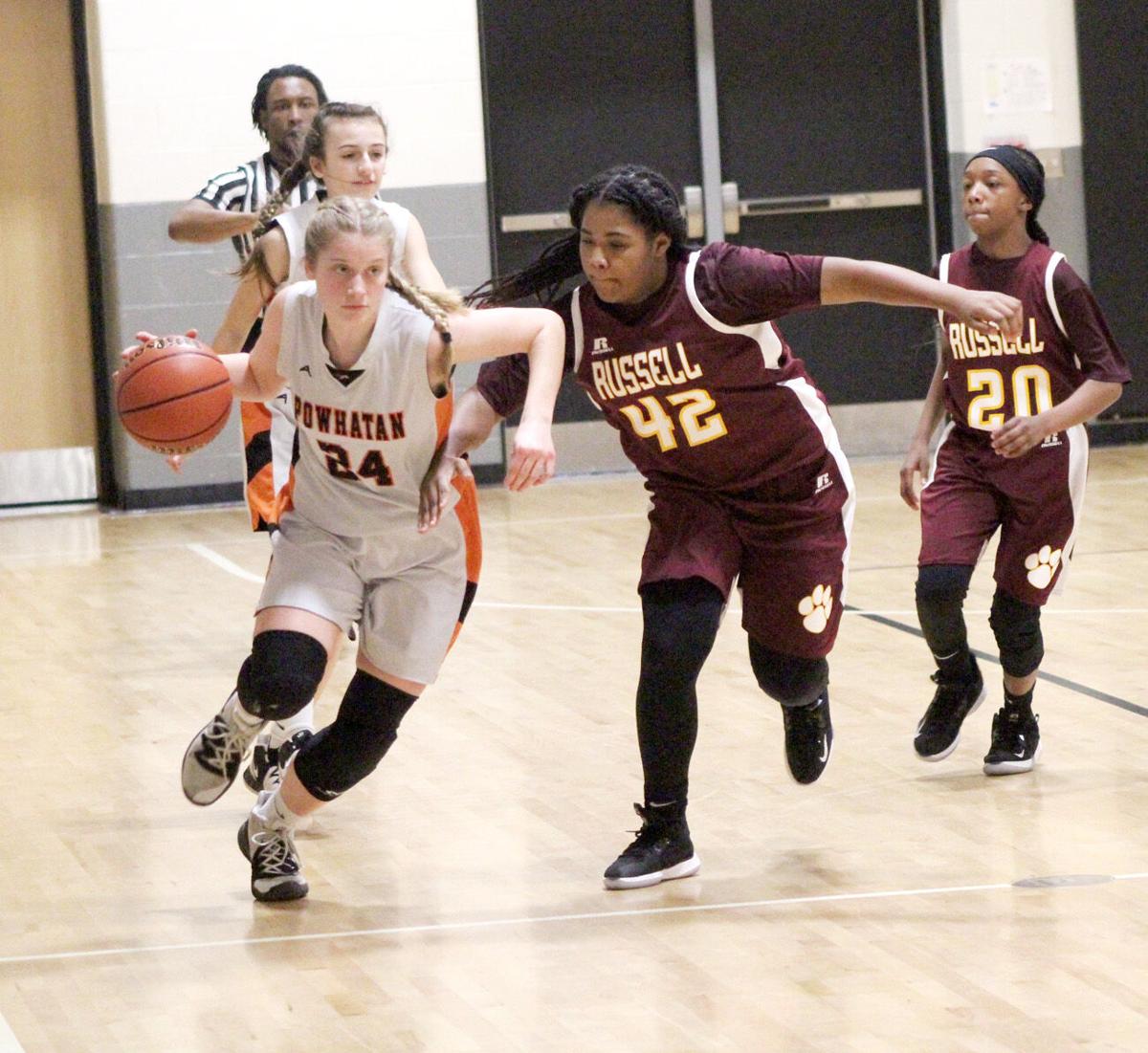 Katherine Cerullo (24) is among the freshmen joining the Powhatan High School varsity girls basketball team in 2020-21.

For the Powhatan girls basketball team’s lone senior Jillian Ratliff, just being back on the court – practicing with her teammates and getting ready for the season – is a little bit of normalcy that they’re not used to in an otherwise unprecedented year.

“We’re just really excited to all be back together and be working together,” Ratliff said. “The whole environment’s so different and we just all love being there. You can definitely tell.”

Ratliff returns alongside four juniors – Logan Anthony, Faith Henderson, Meghan Hodge and Kayla Terry – and sophomore Erin Almond who, with their new teammates, are hopeful that they'll get to play the 2020-21 season.

But right now, they're just thankful for the opportunity they have to be together on the court.

“There is a lot of differences this year obviously with the masks, the schooling, the virtual learning – some are virtual, some are hybrid; some are here some days, some are not – there’s a lot of different expectations to handle that. But I will tell you that the girls, from Day 1 of tryouts … they know each day that they have to be able to practice together, work hard together, play together – they are not taking that for granted,” head coach Kristy Henderson said. “We are getting 100-percent effort all day, every day, which is exciting.”

“Everyone loves to be there, and it shows at practice,” Ratfliff said, pointing to the team’s intensity and encouragement of one another. Even though the season is a week-and-a-half old, Anthony said they’ve already been doing well together.

“There’s never a time on this team where we’re not having a good time while we’re also working hard," she said.

That hard work has also been prevalent in the offseason as the players have focused on improving their game. Almond, Anthony and Ratliff were able to play on their own in a summer league in Henrico County while Faith and Terry took on summer league training and practices in AAU.

Almond, Anthony and Ratliff – who said they were mainly defensive players last year – spoke to working on their shooting and offense, with Almond also pointing to ball handling and Anthony speaking to getting better with reading the game.

Henderson said the players are really responding to the coaches’ feedback and are progressing daily, picking up the offense quickly. Defensively, she anticipates they’ll be able to play more man-to-man this year.

It’ll certainly be a different year what-with the new procedures in place to address COVID-19. But Faith feels they've done a really good job adjusting to the constant changes that have been thrown their way.

“We’re just really hard workers on this team," she said.

They’ll have several newcomers this winter, including Sam Flippo and Delaney Sanders, who is coming up from last year’s JV squad. Freshmen Katherine Cerullo and Corynn Lampman, who contributed to last year’s middle school championship team, are also joining varsity.

Powhatan is gearing up for Year 2 in the school’s return to the talent-filled Dominion District, which this year will be without George Wythe and Huguenot after Richmond schools opted out of winter sports because of the pandemic.

That means Powhatan will get all 14 of their regular-season games by facing each of their remaining seven district opponents twice. Those schools will once again include the powerhouse programs of James River and Monacan.

But Coach Henderson did feel that they played well in their first year in the Dominion District. After they played everyone once, she felt they were more prepared the second time around – they knew what they were going up against.

And at the end of that difficult regular season, the battle-tested 2019-20 Powhatan unit broke through for a first-round playoff victory in their third straight year playing Huguenot in the postseason.

The team looks forward to building on last year’s successes.

“Now we know where we’re going, who we’re playing,” Henderson said, “and they’re excited about it.”

When it comes to improvements the players want to make throughout the season, Ratliff said they can do better on finishing, pushing to the basket and being more aggressive on offense, and for defense, Almond pointed to rebounding and boxing out.

Off the court, Anthony believes they can definitely improve on their team bonding, which she said really shows when they’re on the court.

“That just makes us so much better,” she said.

Coach Henderson wants to see the chemistry continue to improve; they’ll also need to be able to press a little more often than they have in the past, making conditioning very important, she added.

“We’re not going to be very big in height,” she said, “so rebounding is going to be crucial from now until the end of the season.”

As a senior, Ratliff is “really looking forward to having everyone’s back and encouraging everyone to put forth their best effort, even when they mess up – just to be positive and push themselves as hard as they can.”

The way Terry sees it, they just have to believe that they can win every single game.

Katherine Cerullo (24) is among the freshmen joining the Powhatan High School varsity girls basketball team in 2020-21.